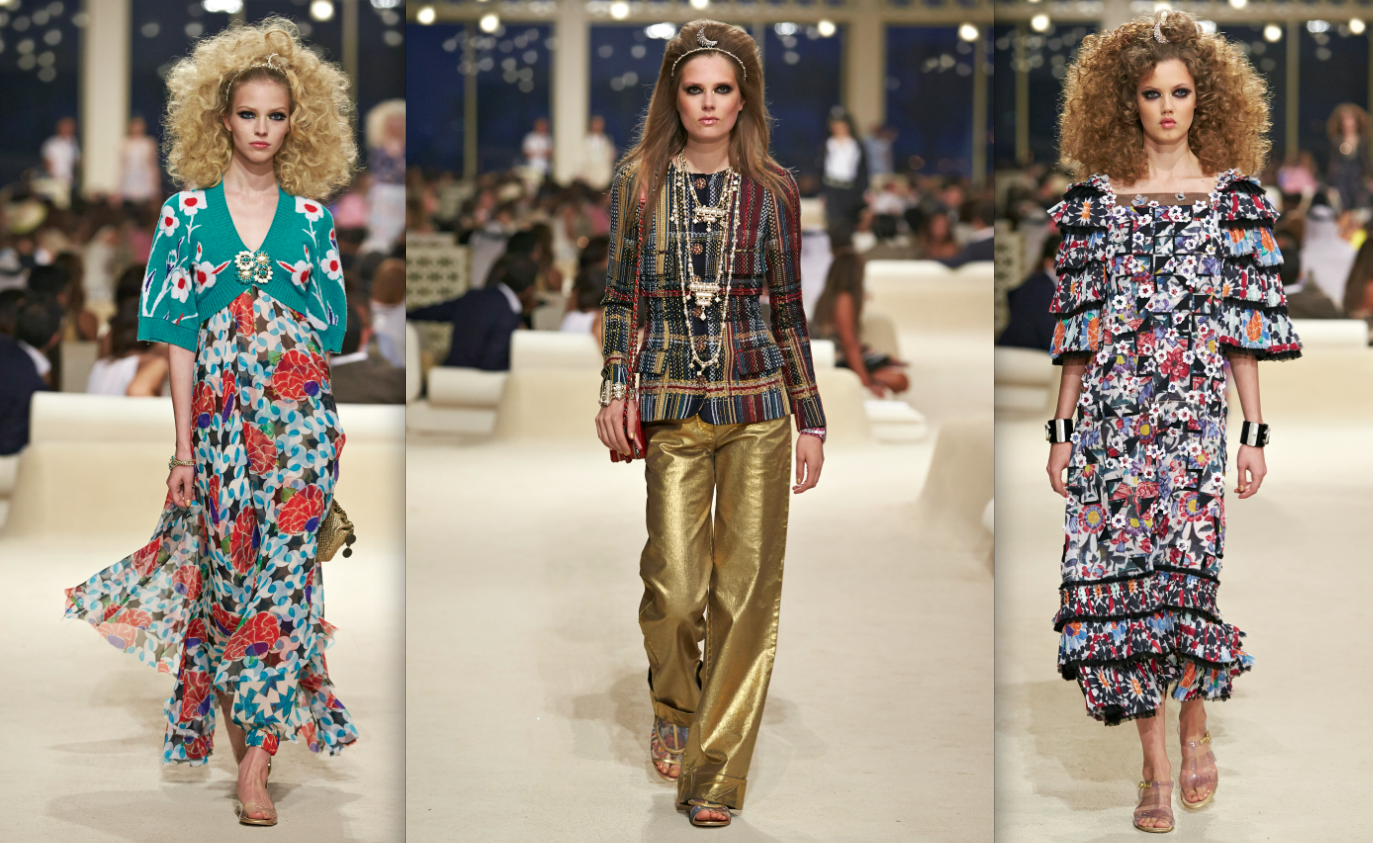 (NEW YORK) Leave it to Karl Lagerfeld, who is always proclaiming that he is looking to the future and not the past, to choose Dubai as the setting for Chanel’s resort show this season. The mélange of East meets West, third world meets new world, and whopping amounts of money mixed with traditional values is the perfect stage for a designer who is constantly fascinated with paradoxes. The mix of Chanel’s classically conservative look and Karl’s uncanny eye for what’s next could not have been more at home.

Oriental floral patterns popped on long tunic dresses, skirts, and tops all worn over Aladdin-style pants. The glitz of golden wide leg pants were offset with conservative button down shirts or tweed long-sleeved tops. The iconic Chanel suit came as a three-piece including skirt, top, and pants. A sandy-hued Sari dress came embellished with a collar of sequins and was worn over matching pants and off-white slipper shoes. The models wore their hair in big sexy curls or in ’60s bouffants topped off with Islamic symbols as adornments like the sickle moon, which was transformed into the double C Chanel emblem on some models.

The sprawling futuristic buildings of Dubai are like Fritz Lang’s Metropolis realized over eight decades later, and against that backdrop, Chanel erected a giant mashrabiya made not of the lattice designs inherent to the region, but of double C’s, bien sûr. Perched front row were Karl’s harem of Chanel ambassadresses including Tilda Swinton, Alice Dellal, Vanessa Paradis, Dakota Fanning, Freida Pinto, and farther-flung beauties like Lebanese actresses Yasmine Hamdan, Nadine Labaki, and Razane Jammal, plus Chinese actress Zhou Xun. Karl’s gift is not only in his legendary designs, but also his ability to dole out witty cultural commentary that has turned the designer into an icon as globally recognizable as those double C’s.

Nicole Kidman Turns To Altuzarra As Cannes Kicks Off