Rei Kawakubo Comes Out for Costume Institute Preview in Paris 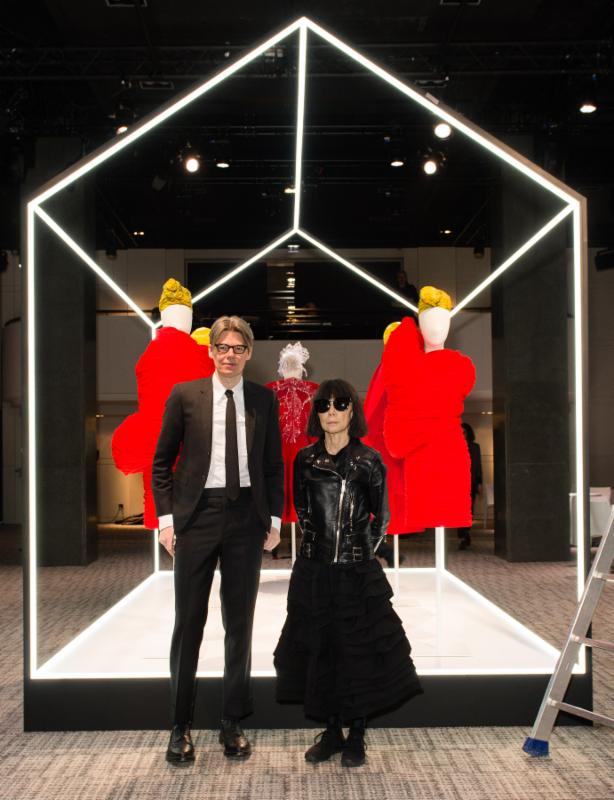 While those of us in New York eagerly await the Met Costume Institute exhibit, “Rei Kawakubo/Comme des Garçons: Art of the In-Between,” a handful in Paris got a sneak peek today. Five examples, modeled by Anna Cleveland and photographed by Paolo Roversi, were displayed at Pavillon Vendôme. Kawakubo, who famously avoids such appearances, came out for the preview along with Anna Wintour, curator in charge of the Costume Institute Andrew Bolton, and deputy director for collections and administrations at The Metropolitan Museum of Art Carrie Rebora Barratt. The only other living designer to be honored with their own Met exhibit was Yves Saint Laurent in 1983.

“I have always pursued a new way of thinking about design…by denying established values, conventions, and what is generally accepted as the norm,” Kawakubo said in a press statement. “And the modes of expression that have always been most important to me are fusion…imbalance…unfinished…elimination…and absence of intent.”

“Art of the In-Between” will highlight Kawakubo’s fixation on the space between boundaries, and how she continuously challenges stereotypical ideas of beauty and style. About 150 examples of her womenswear designs for the house, from the early ’80s through today, will be represented and organized in eight opposing categories: Fashion/Anti-Fashion, Design/Not Design, Model/Multiple, Then/Now, High/Low, Self/Other, Object/Subject, and Clothes/Not Clothes. Based on what Bolton has told Vogue, we can expect a more experiential exhibit.

The exhibit opens May 4 and runs through September 4, officially kicking off on May 1 when Wintour hosts the Met Gala. Joining Wintour as co-chairs are Tom Brady, Gisele Bündchen, Katy Perry, and Pharrell Williams, while Kawakubo and Caroline Kennedy will serve as honorary chairs.