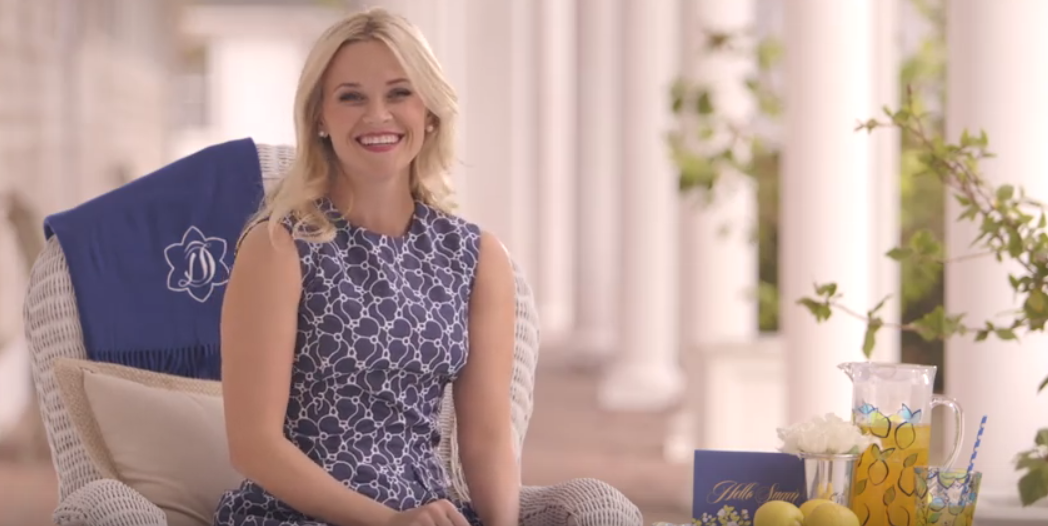 Reese Witherspoon is still a Southern gal at heart! Despite having made quite a career for herself in Hollywood, the Tennessee native is having a second act not only as a producer but also as a retailer with her Southern-inspired wares for Draper James. To promote the line, Witherspoon has launched a YouTube series called “Draper James Presents…A Southern Guide to…” and the first in the lineup launched today with “A Southern Guide to Movie Quotes”. The video features Witherspoon quoting lines from famous movies and putting her own southern spin on them. For example, Reese does her best Al Pacino in the Godfather saying, “Gonna make him a cornbread he can’t refuse”. It’s cute and yes, corny.

In addition to the video series, the channel will also post campaign videos and a behind-the-scenes look into Draper James. Witherspoon is known for her effervescent personality on and off screen, so we can’t wait to see what she’ll come up with next. We hope in the next episode she’ll tell us how she has time for all of these projects…in her best Southern drawl. Ya hearin’ us Reese? Check out the video below y’all.

Here’s a New “It Girl” to Put On Your Radar: Olivia Perez