Here’s a New “It Girl” to Put On Your Radar: Olivia Perez 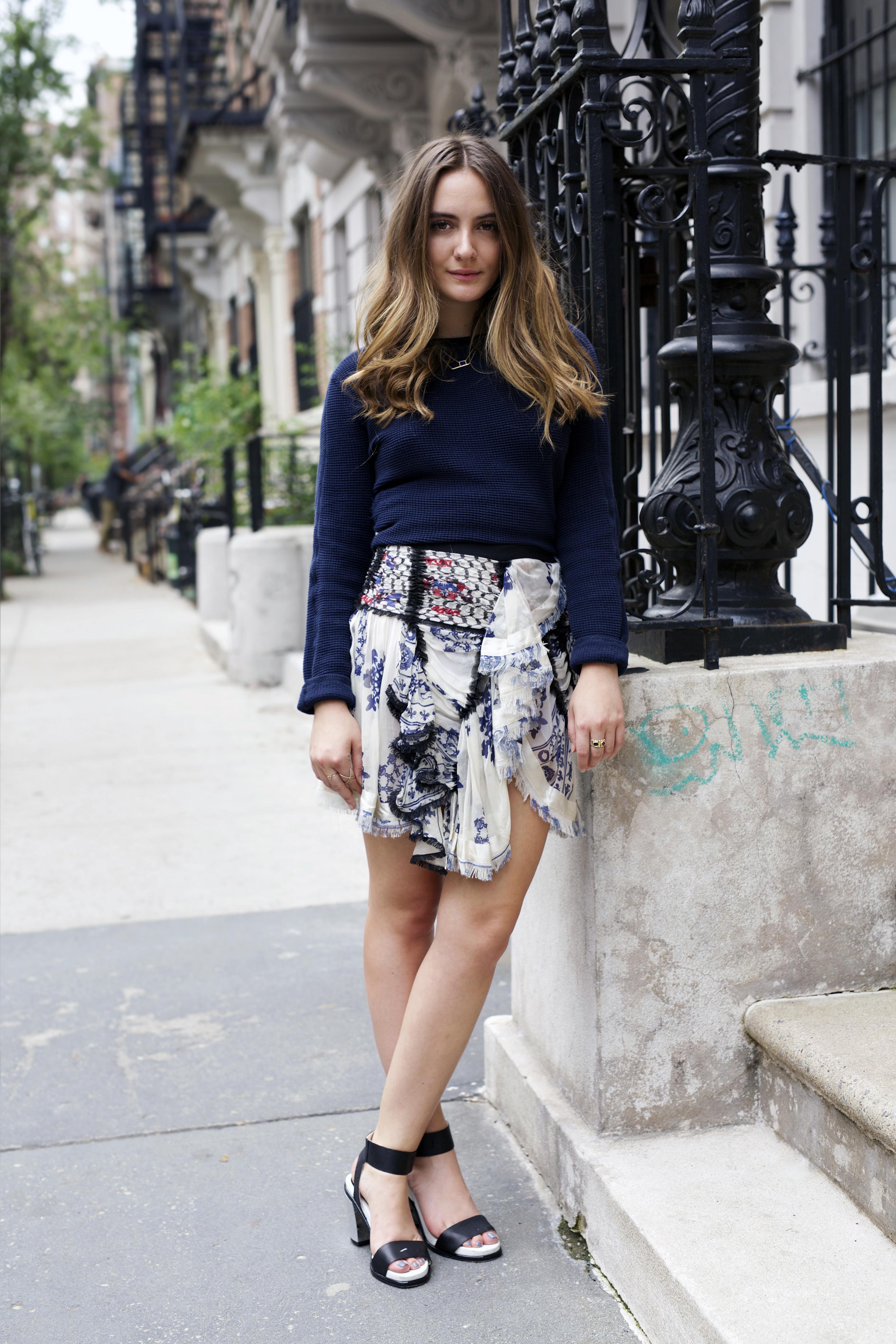 Meet the latest California transplant who you’ll want in your girl squad: Olivia Perez, the 22-year-old NYU Gallatin student (who is graduating this spring) and creator of lifestyle site Friend of a Friend. Known for introducing haute spots and travel recs in New York and LA to her readers, we caught up with the adorable brunette at The Highline Hotel to get her story. P.S. fun fact: she’s Bella Hadid‘s roomie. 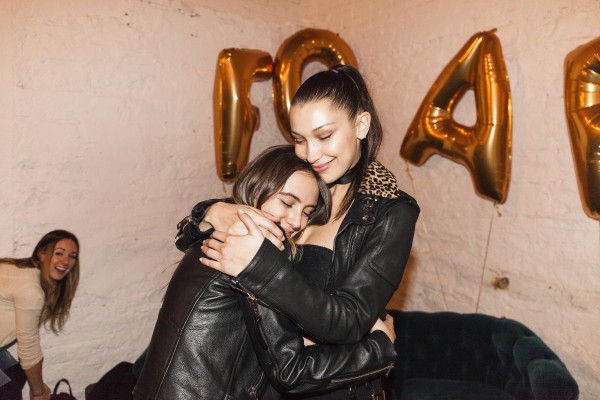 What made you think the world needed Friend of a Friend?
I started Friend of a Friend last May—it’s crazy to think we’re coming onto one year. I feel really lucky to have grown up with people who are very driven and motivated, and I think that that rubbed off. I always wanted to have something for myself and a purpose and responsibility for something. I started it because I noticed so many websites were publishing and curating a lot of the same content over and over again, and for me it became such a saturated market where websites were posting like 20 times a day with a lot of gossip without any useful advice. So when people ask me to describe Friend of a Friend, I always say it’s a very curated in-depth Yelp. But it really just started from the desire to have a personal and relatable place where people went to look for Saturday night plans or needed a recommendation for a Sunday brunch in Chelsea. I wanted go against the norms and try to make people discover things. 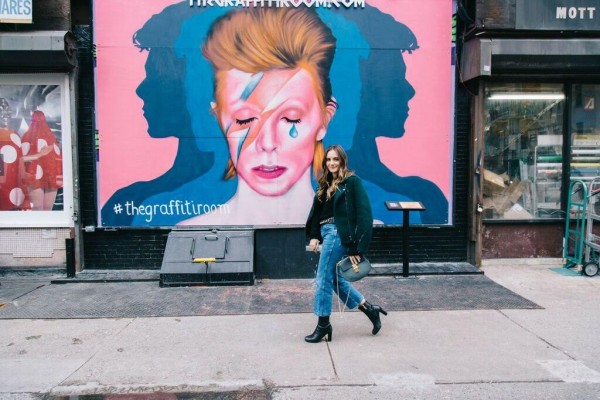 How’d you come up with your site’s name?
I’ve always loved the phrase. It’s extremely trusting. When I moved here and was looking for recommendations, people would come to me and be like “A friend of a friend told me about this nail salon in Soho.” I might not know the friend at all or heard of salon, but I’ll probably go just based on the fact that she used that phrase. I could have a terrible experience for all I know, but we want people to feel like they could trust us with advice and recommendations in NYC and LA. 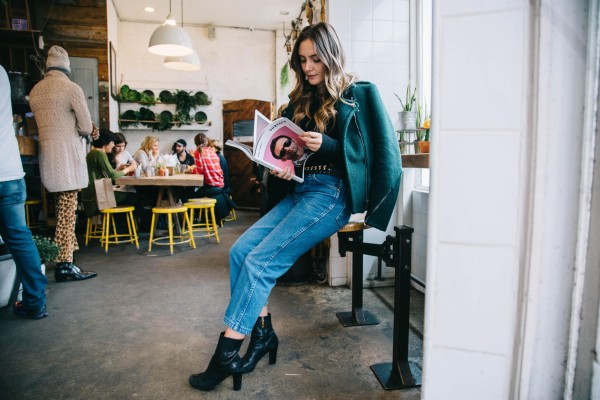 So many! I’m a creature of habit who goes to the same places all the time, but I’ll explore on the weekends. I actually went to dinner the other night, Osteria, on east 12th street. It was super cute, and then I ended up at Mona’s Jazz Bar that has an arcade in the back with a pool table. It was so fun—we literally stumbled upon it. I thrive off of little places like that.

Who’s been your most reliable source for good recommendations?
My sister, Chanel Perez, who works on the site with me as well. She works in LA but we’ll literally Instagram message each other everyday sending things we love and bouncing ideas off each other constantly. She has her own creative agency, which actually helped launch us and build our website. She’s been a really big part of the site, even though she has a full-time job. Nothing happens on the site though without her knowing! 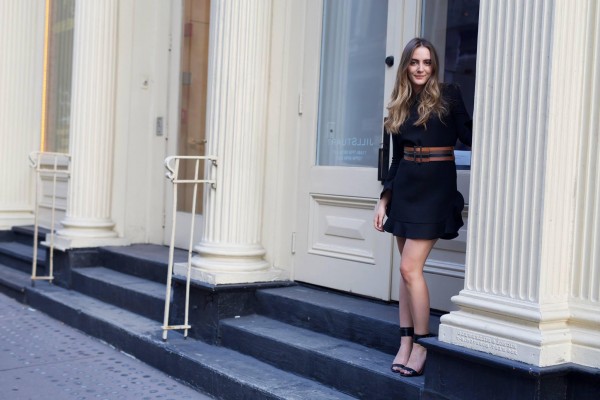 Did you grow up in a fashion-industry family?
It’s actually very interesting—we’re all creative, every single one of us (I have four sisters). My dad was in the fashion industry when I was growing up—he owned an import/export distribution company and worked with brands like Calvin Klein. My mom’s a photographer…we’re all artistic. It’s interesting to sit around our dinner table…we’re always spewing out ideas.

We hear you have quite a resume.
I’ve had some pretty great internships. They’re the most crucial element to where I am today. I have a mentor Liana Weston, who I met at my first internship at Teen Vogue in entertainment. It was never an interest of mine because I grew up in L.A., so it’s kind of the last thing I wanted to be in, but I took the plunge to get my foot in the door. I worked at C Magazine my senior year of high school, so I was already very invested and passionate in the editorial world. But I was at Teen Vogue for two semesters: one for entertainment and the second in fashion. Liana has completely helped me with internships moving forward—I even worked for her at Glossier last semester. After Teen Vogue I went to work in PR at Hermès, then I took a semester off and then went back to L.A. to work for Ryan Seacrest‘s website, which was the most random thing I’ve ever done, but super interesting. Then I came back here and worked for Moda Operandi, which was really cool. After that, I was super eager to start my own thing, and that’s when Friend of a Friend began. 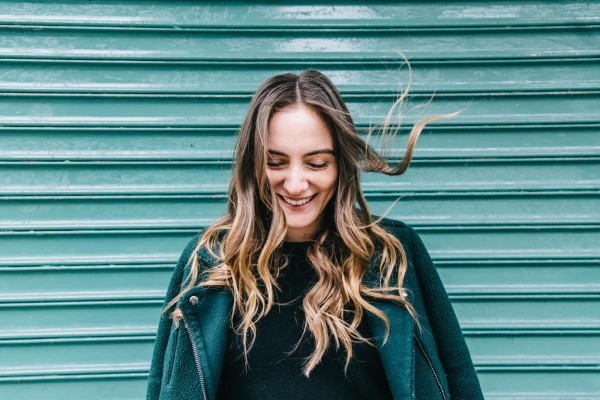 Could you ever see yourself working for someone again when you graduate?
It’s not that I couldn’t work for someone else after working on my own—I actually love working for someone because I feel like no matter how much I grow in my life, I always have so much to learn—so I’d be lucky to work for someone (if they’d have me!), but ideally my  dream would be to keep running Friend of a Friend and have it grow into something more.

You opened a holiday pop up shop back in December and Bella Hadid was there.
Yes, she was! She’s actually my god sister—and roommate! She and her sister, Gigi, have been the most supportive people. I could have never launched Friend of a Friend without such a good support team behind me. I attribute so much of my success to them—they’re really such great friends. 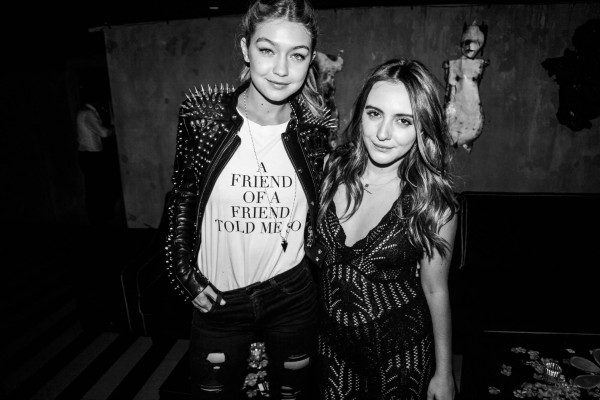 How’s Bella as a roommate?
I think she’s an incredible person. It’s easy because she’s my sister and we grew up together. I think what’s so nice when we’re at home is that it’s very mellow. We’re cooking every night and watching Law & Order and SVU. There’s like no fluff of the outside world. It’s a good, healthy house!

What’s up and coming?
I’m going to L.A. to attend the Saint Laurent show with my sister. We’re very excited to be there…and then back to New York!

P.S. How’s feeling newly 22?
My 22nd birthday was amazing! My sister came in town and we went to Roberta’s and stuffed our faces. No better way to celebrate than with pizza and friends.

(photos by Greg Mitola and Taste the Style)