Precious Lee On Her Breakthrough Moments In Fashion! Plus! Watch Her Incredible FMAs Speech 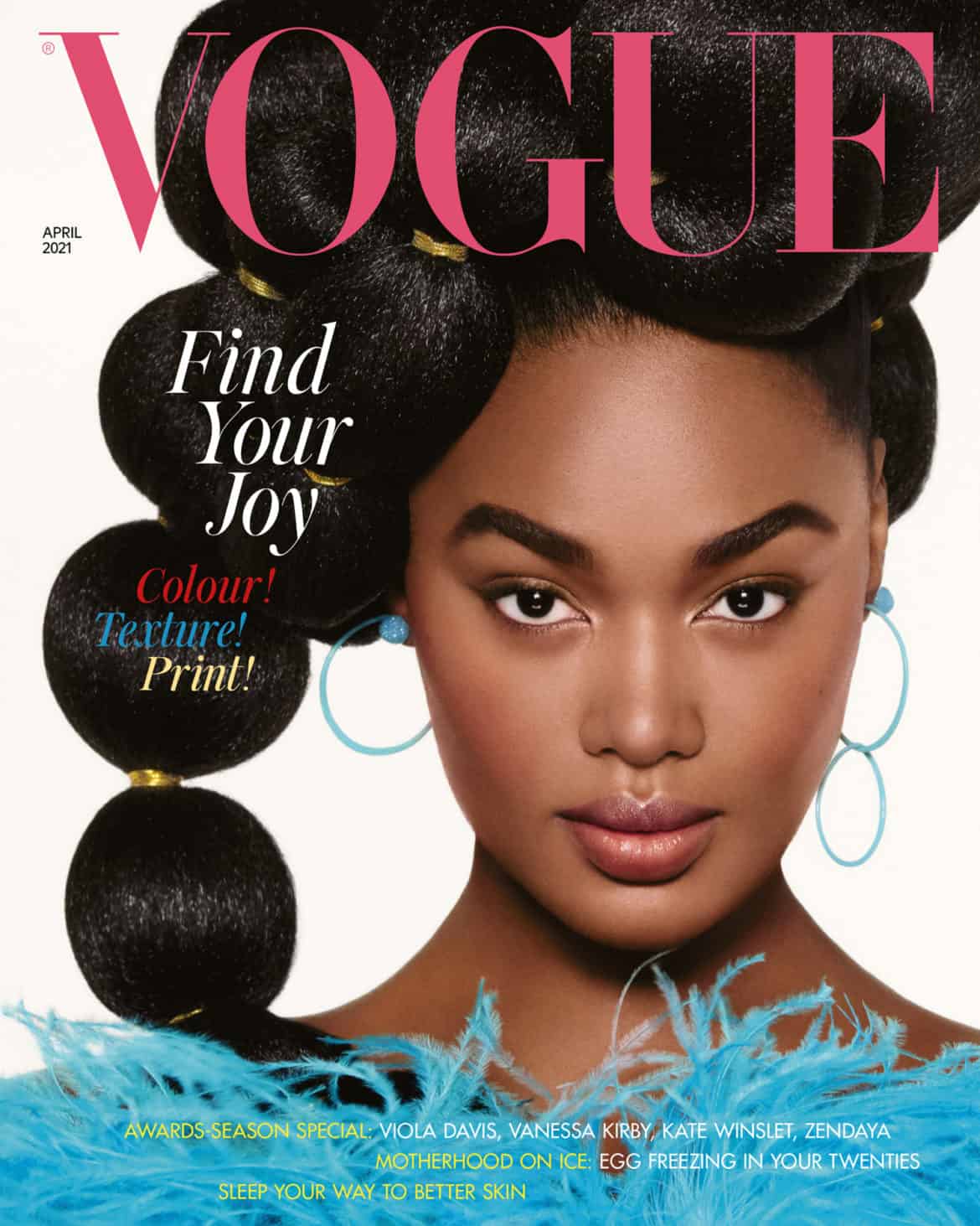 This isn’t exactly the easiest time to become a breakout star, but Precious Lee is setting the world on fire. The IMG mod wowed us this year when she walked Versace, covered numerous magazines—including American Vogue and British Vogue—and broke barriers as a plus-size African American woman doing it. But this is just the beginning!

Talk to us about this incredible year you’ve had. What’s it been like for you?
I feel incredibly grateful. It’s an interesting dynamic to be accomplishing so many of my goals in the heart of the pandemic. For me to manifest these things and make this space seems so special. It’s not like I just started. But it’s inspiring to see how this is happening in 2021 with what’s happening in the world with movements like Black Lives Matter.

Your Instagram profile bio says that you’re “in the business of making history.” Discuss!
All the goals and dreams that I have have never been done from an African American plus-size model. It’s historic. That makes it extremely close to my heart to protect that and honor that. I understand just how important it is to be the first.

Your British Vogue cover was one of our favorite covers of the year. How did that feel? When I got the call…Steven Meisel?
Steven Meisel! My reaction was almost like a [football] touchdown. It felt like so much of what I was working for, my dreams; it was one of my wildest dreams and to know you were the first in your space to do that. It was so incredibly magical. I screamed! I had so many different emotions. I thanked God for hearing me and guiding me. It was so divine. It felt like a divine manifestation. I respect him so much and the whole team of Edward Enninful, Pat [McGrath], and Guido [Palau]. I’ve been so incredibly inspired by these people most of my life.

You’re on the current cover of American Vogue. We hear you always knew it was going to happen.
I know there is nothing in my heart and on my mind to do that I can’t accomplish. Once I align myself to that, I did know that. I knew that it would be a process and a journey. That journey happens to be here. I knew I was going to be in it because I said I was going to be in it and I wasn’t going to stop. It was incredibly hard. I’m so grateful for everyone who has helped and everyone who has tried to stop me. It’s been a long journey to get to where I am.

Do you think you appreciate this a lot more now than if you were a teenager?
I didn’t start modeling full time until after I graduated high school. I met so many girls who skipped prom to be in New York for a season. What feels good to me about this when it comes to timing is that I never gave up—as cliché as that sounds. When I first started out, I was around teenagers in New York and I remember feeling so grateful that I went to college. I did want to get into modeling, but I wanted to finish what I started with my education. Did I think it was going to take as long as it did? I don’t dwell on it. 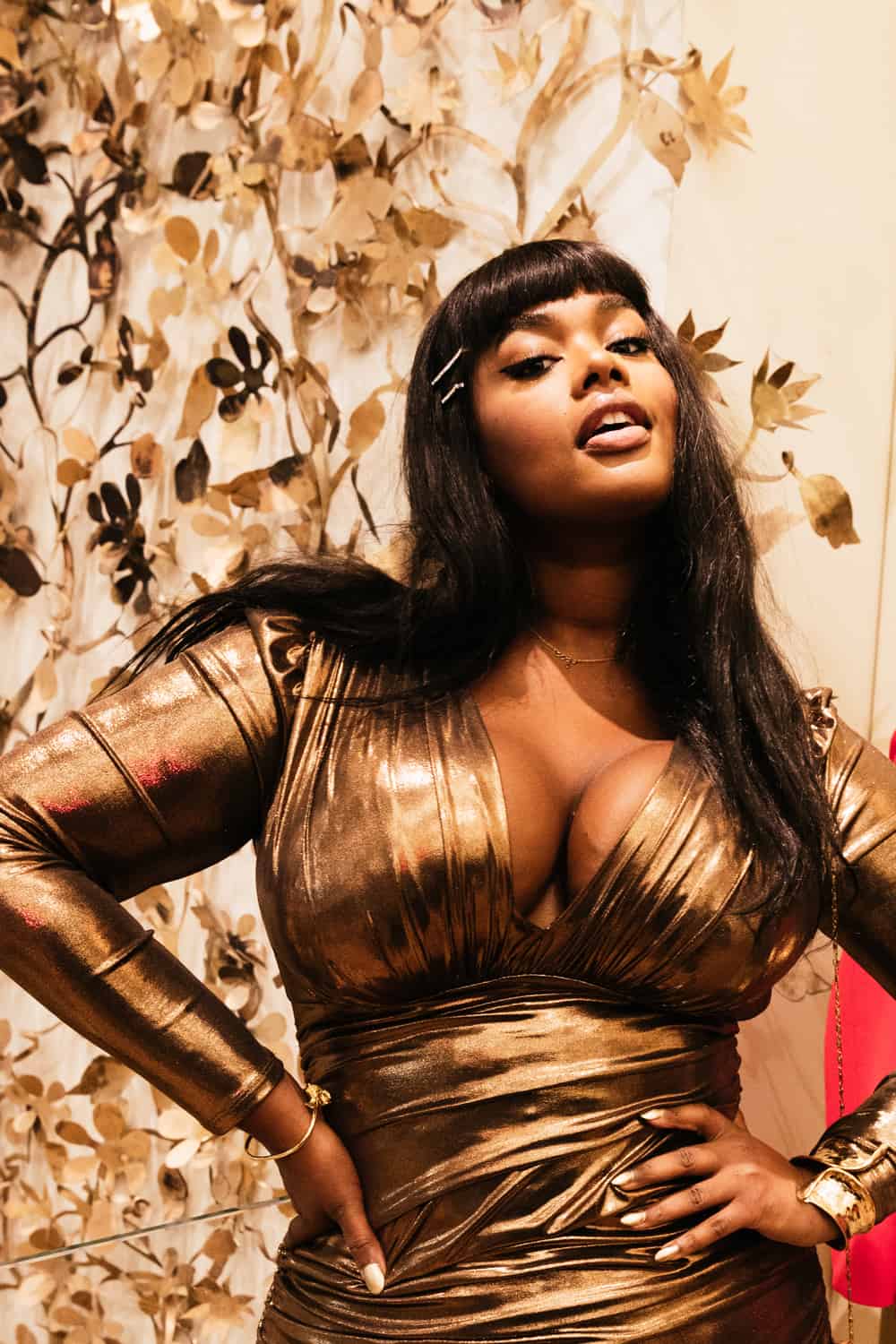 Donatella Versace has been a big champion. What’s it like having her in your corner?
Absolutely insanely incredibly fabulous. You admire someone and then they admire you and find out you’re alive? She’s just such a bad bitch. To think she loves me too is amazing. I’m super grateful.

Christian Siriano has also been a big supporter.
I love him so much. He taught me how to love Scorpios. I loved him before I even knew he was so unapologetic and so insanely talented at the same time. It’s not shocking that he was one of the first to really start embracing curves. It’s indicative of who he is.

You’re so confident. Where does that come from in your life?
I accept who I am and that comes off as confident to people. It’s rare for people to see someone love who they are. I didn’t know anything different. People say I’m so confident, and I didn’t understand I had a right not to be. My parents made me feel magnificent. I’m an African American woman and aware of my power. I learn about my power every day. I’m blessed and lifted with DNA to transcend and be resilient. I know I can do the things I’ve set out to do, and I focus on that. That’s my culture and where I came from. 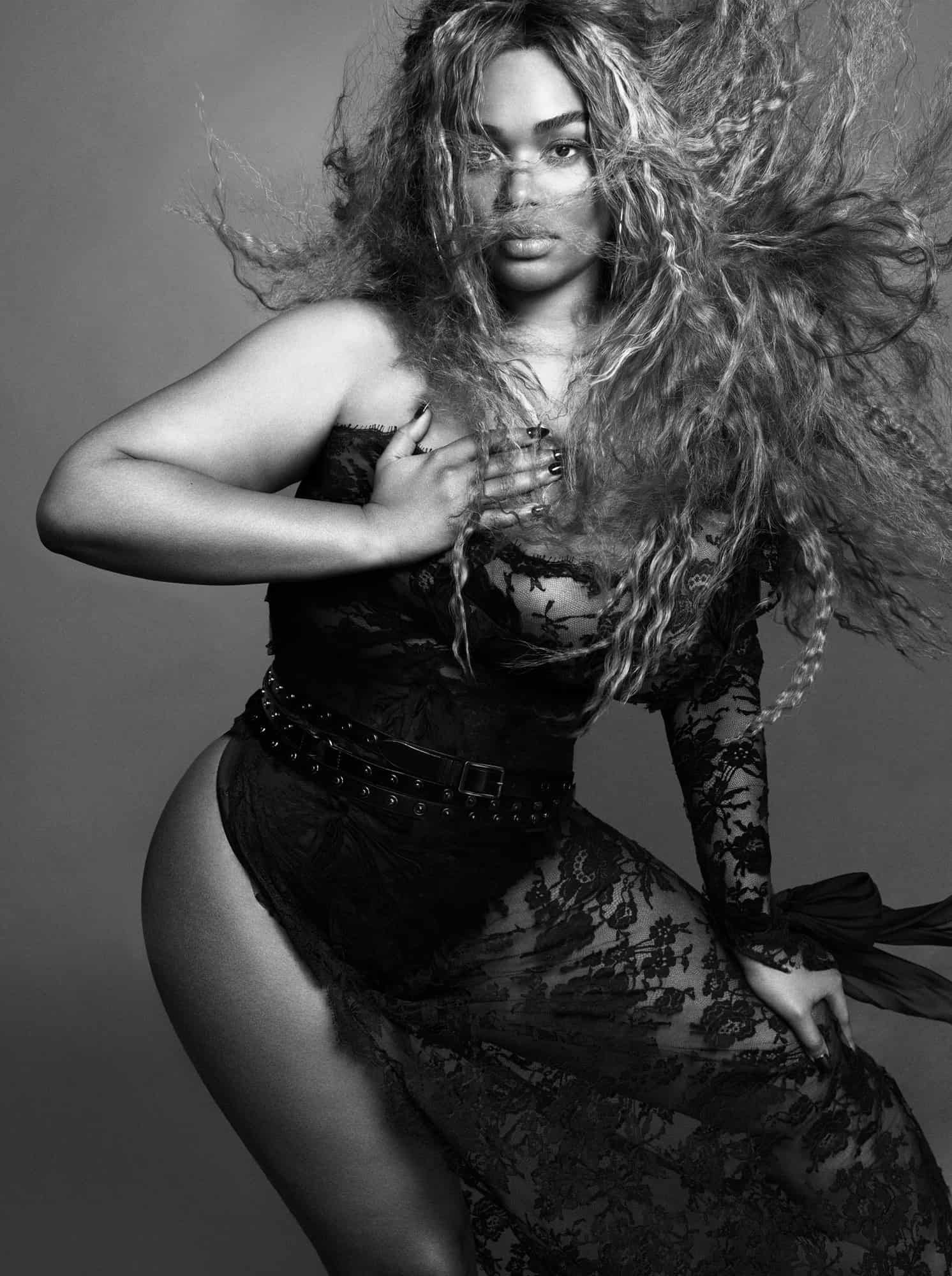 You’re so impressive!
I want to do things that make my heart sing. We all had things we wanted to do when we were younger. I say “Little P” a lot. This would make “Little P” so happy! The kid in me. That kid in us is still with us, and we can honor that by living our wildest dreams.

You’ve worked with Meisel, covered Vogue’s September issue, have been blessed by Donatella! What’s next?
I have a lot of work to do. I want to work with emerging people; I want to work with the greats. I want to expand my acting career for sure. I have many more runways to storm, more covers to grace. I’m coming for everything that is mine.

Plus! Watch the incredible speech Precious Lee made on Thursday night at The Fashion Media Awards.

Meet The Designers Of The Selects Showroom, Part Two: EYEYE, HANKIM, And WNDERKAMMER