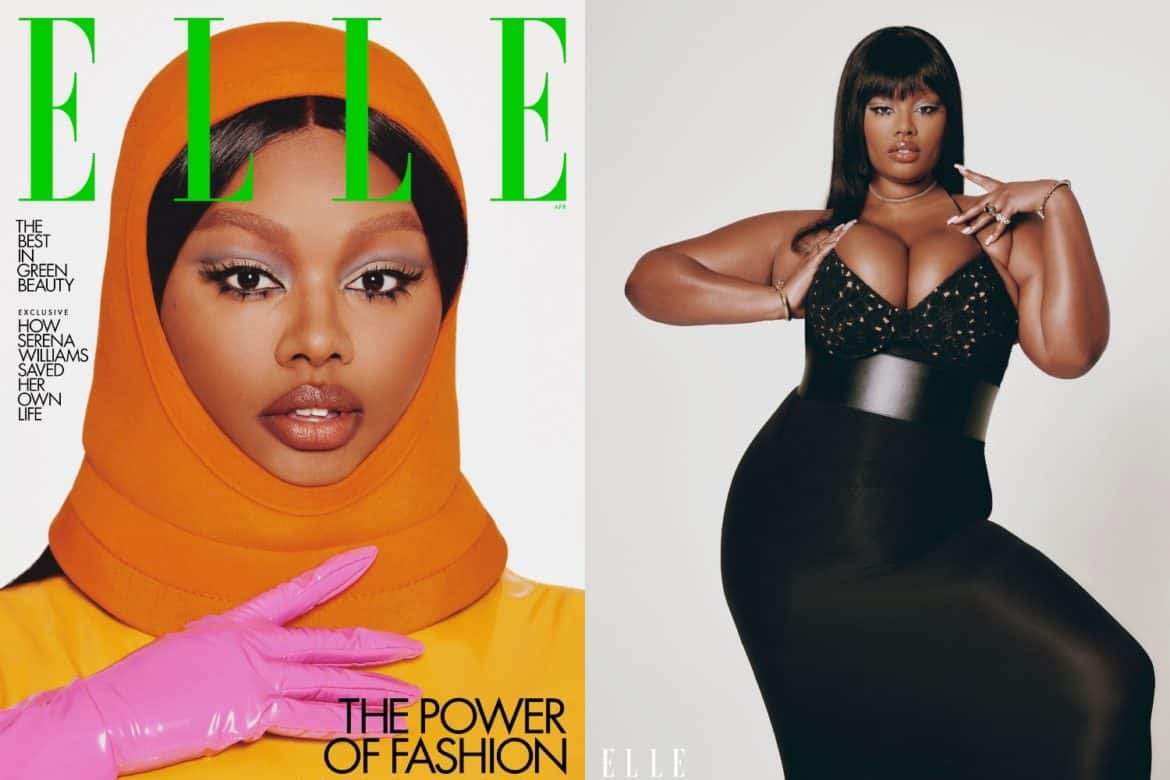 Precious Lee has landed on the cover of Elle’s April issue—right where she belongs! Inside the glossy’s pages, the Atlanta-born supermodel told the mag that she always knew she’d find her way onto covers, the runways, and into the upper echelons of fashion—she just needed the industry to catch up and believe in her too.

It’s been an undoubtedly mind blowing few years for Lee, whose non-stop schedule has seen her work with the likes of Versace, Moschino, Altuzarra, Fendi x Skims, Balmain, Christian Siriano, and so many more. After she caught the modeling bug while enrolled at Clark University and taking part in the student fashion show, Lee decided to move to New York after graduating—and quickly signed with Ford Models. “That was one of the most spiritual decisions that I feel like I made in my adult life—to really take that leap,” she told writer Alexis Okeowo of the move. “To say I’m a full-time model after spending thousands of dollars on college. That is a huge risk. Especially being a size 12, 14. Having dark skin, not coming from nepotism. There were so many different things that were aligned for me to have ‘a struggle.’”

Furthering the conversation around representation and inclusion is paramount for her, as she recalled upsetting experiences early in her career where casting agents told her they thought she was mixed race ‘because she was so pretty.’ These instances only instilled more motivation to succeed in her, and she refused to lie about her background just to land a job.

In the cover story, which was lensed by Adrienne Raquel and styled by Patti Wilson, Lee speaks poignantly for the first time about the tragedy of losing her only sister, Charisma. When Lee was young, her older sister was killed in a car accident when she was in high school. “It was so much pain at that age from losing the brightest light,” she tells Okeowo. “I actually never talk about this in interviews, but it’s just really important to because I’m starting to realize and understand how transformative that age was for me in being able to tap into things that were creative as an outlet for healing for me.”

After her sister’s passing, Lee turned to cheerleading as a way of self-expression, and she discusses how expectations the coach had against her propelled her to stand up for herself and what her body was capable of. All of these moments of having to push through biases have shaped her into the proud, empowered person she is today. “I leaned into understanding and knowing like, ‘I know my power. You may not know my power yet. I don’t have to force you to see. You’re going to see it.’”

Read the full feature here and get the issue when it lands on newsstands on April 5.