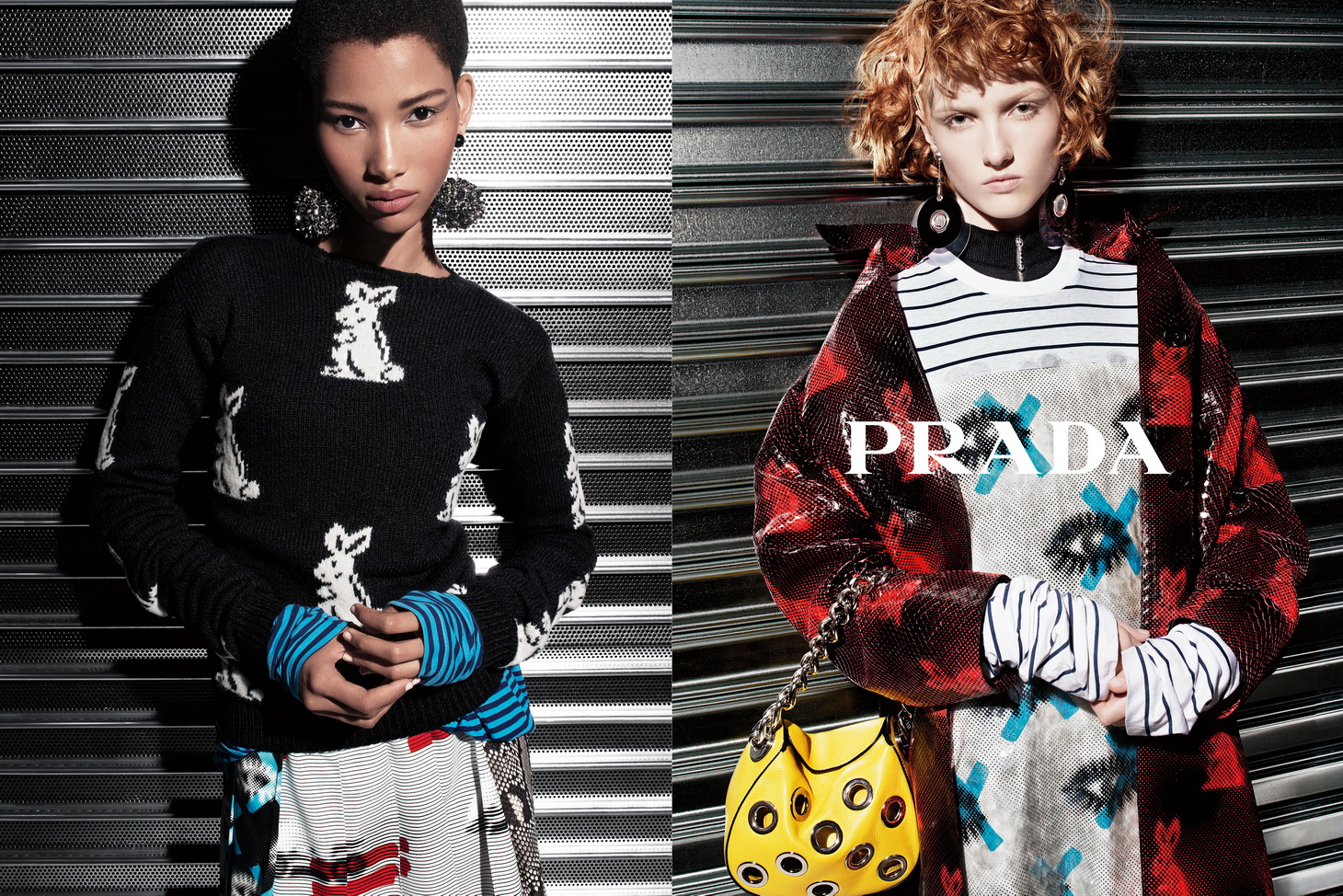 Though it still feels a wee bit early to be thinking about Resort (it’s only October, n’est-ce pas?), Prada is going there, so we’re along for the ride. Today, the brand released its Resort 2016 campaign which was shot by (you guessed it!) Steven Meisel, who returns to Miuccialand for the umpteenth time. The photog enlisted the all-star cast of Lexi Boling, Meghan Collison, Ina Jensen, Lineisy Montero, Julia Nobis, and Greta Varlese for what’s described in a press release as “bad girls turned good, or good girls turned bad, exuding a kind of unhinged innocence. The cool knowingness of their gaze is offset by expressive body language, hands on hips or folded across the body, arms swings as if in dance.” The collection, which was first spotted at Men’s (not a typo) Fashion Week in Milan, features quirky cars, rockets and bunnies, bunnies, bunnies. 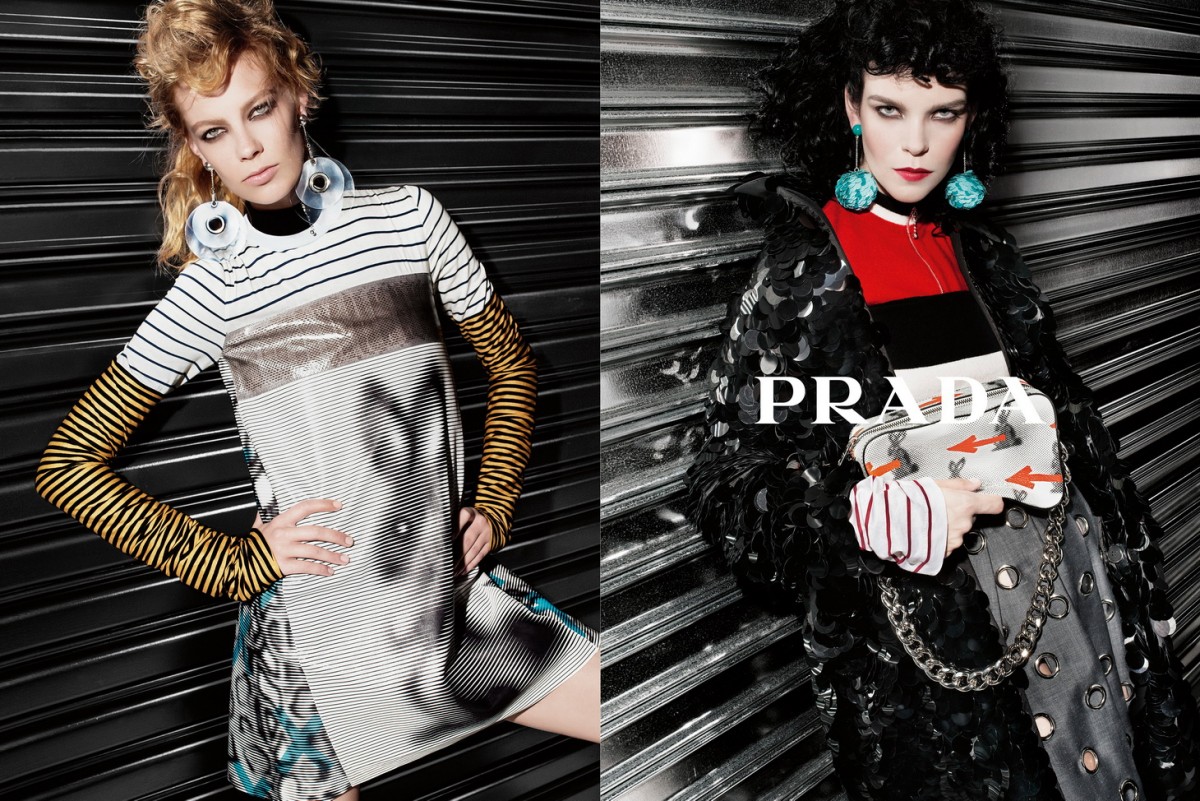 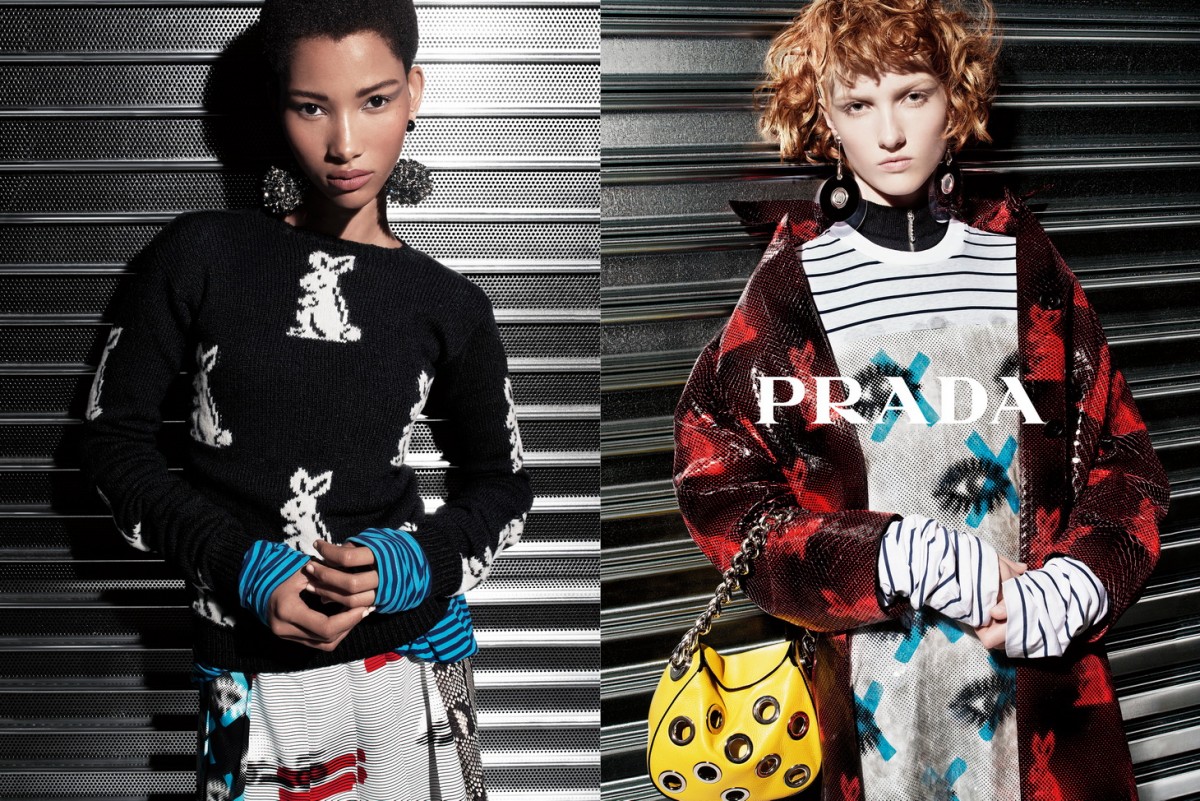 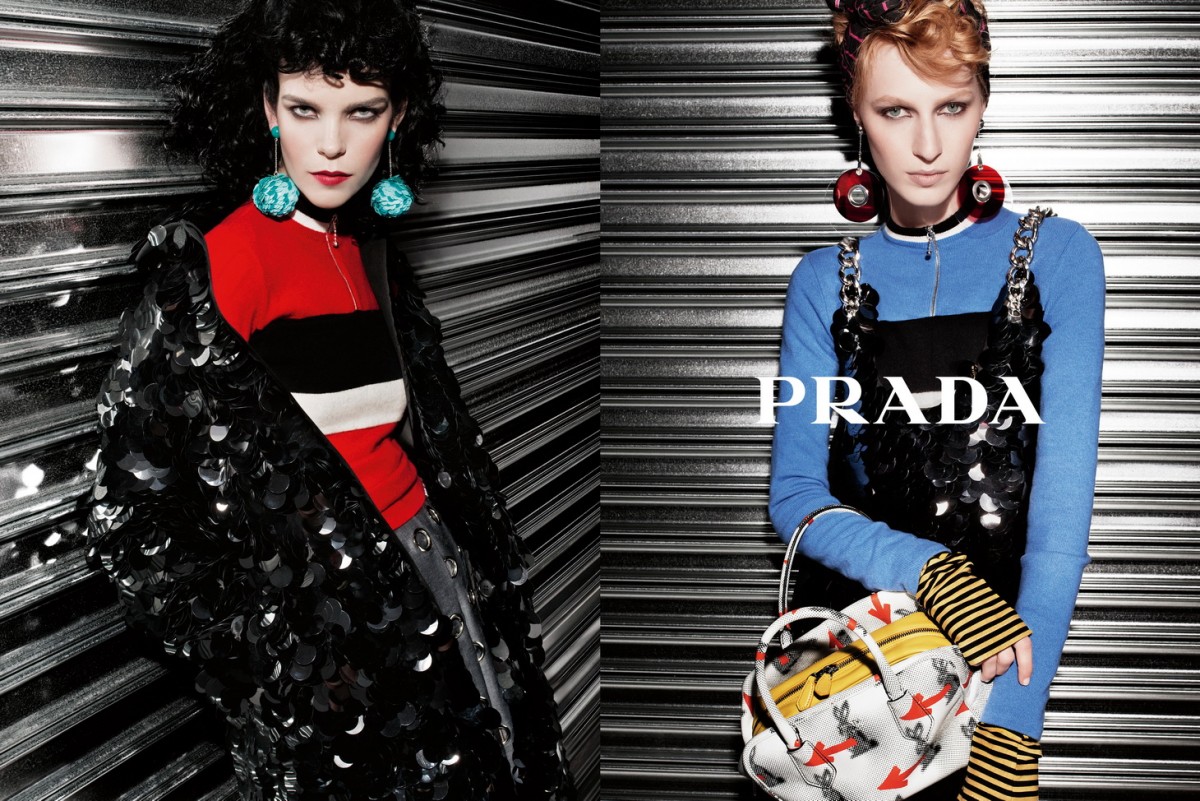