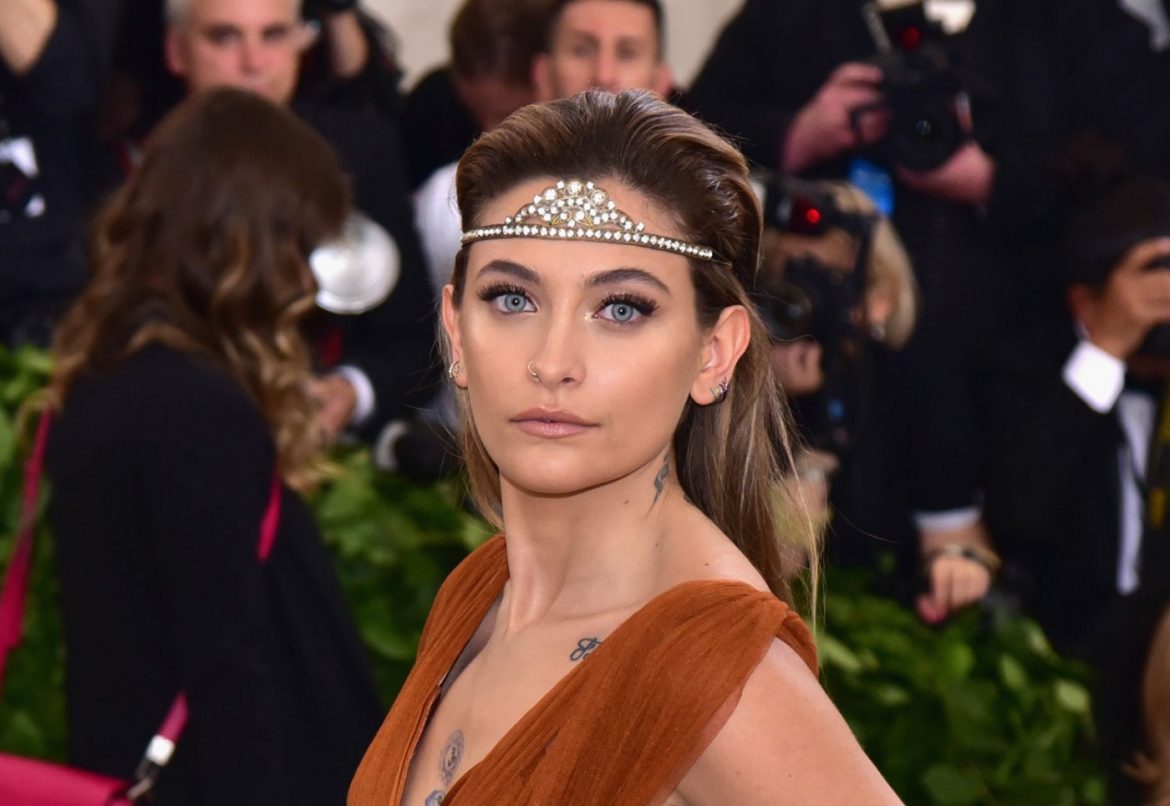 Paris Jackson Storms Out of the Dior Cruise Show In a Huff (Page Six)
Paris Jackson made quite a scene storming out of the rainy Dior Cruise 2019 show on Friday afternoon, abruptly exiting as the first model came down the runway. The show was staged at the Grandes Écuries of the Domaine de Chantilly outside Paris, AKA the largest horse stables in Europe and opened with a team of eight Mexican escaramuzas galloping around the sandy arena-runway. This display reportedly infuriated Jackson who is an ardent animal rights activist.

Curiously, Jackson seems to have known that horses would be involved in the staging of the pre-show, as she told WWD: “I love horses very much. I’m ecstatic.” The reporter later made note of Jackson’s departure, writing: “But it all proved too much for Jackson, who huffed out barefoot, having earlier asked two assistants to help her out of her high-heeled sandals. Whether the issue was animal welfare, or simply an extreme aversion to rain, was not clear.” The New York Times’ review also mentioned Jackson’s abrupt exit, writing: “By the end, the only cloud that remained over the event was the jarring exit of Paris Jackson, who had pranced in puddles barefoot for the photographers before the show, but stalked out in a rage as the first model made her way down the runway.” As for Jackson, it seems she preferred standing in the rain to watching the equestrian extravaganza, posting the below on Instagram.

left early n did this 🌧

#LVCruise 2019 by @NicolasGhesquiere A sneak peek of the #LouisVuitton 2019 Cruise Collection, presented tomorrow at the Fondation Maeght in Saint-Paul de Vence, France. Watch the show on Instagram Live Monday at 7:15pm Paris Time.

Coddington’s sketches of her two cats, Pumpkin and Blanket, were turned into leather appliqués on LV-monogrammed clutches and printed on a pair of pajamas, which Coddington wore to the show. Nicolas Ghesquière’s chocolate labrador Fred also made an appearance. The teaser likely only stoked fangirl fervor for the pet-centric capsule, which will drop in October.

Just in: #GraceCoddington has collaborated with @louisvuitton for their Cruise 2019 collection—her cat illustrations will be featured on clothes and accessories, so keep a look out for it! Here, @therealgracecoddington wears a set of pyjamas from the upcoming collection. #HarpersBazaarSG #LVCruise

Kim Kardashian West Claps Back Amid New Kanye Feud (People)
Over the weekend, Kardashian West weighed in on a brewing battle involving her husband, Pusha T, Drake, and Rhymefest. The feud began with the release of Pusha-T’s third album DAYTONA which is under West’s G.O.O.D. record label. West also has been promoting the album heavily on his social media channels, and even spent $85,000 to license the cover art — a 2006 photograph of Whitney Houston’s drug-strewn bathroom in her Atlanta mansion.

Pusha-T takes several shots at Drake in the album, alleging, among other things, that Drake has ghostwriters pen his lyrics. Within 24 hours of the album release, Drake responded with a diss track titled “Duppy Freestyle,” in which the rapper goes after Pusha-T and West, even accusing West of holding back Virgil Abloh. “I could never have a Virgil in my circle and hold him back ’cause he makes me nervous,” Drake says. “I wanna see my brothers flourish to their higher purpose.”

The tension got even thicker as Drake hinted that he contributed to West’s forthcoming album, set to drop on June 1. He also said that DAYTONA is likely to sell more because of his response track. Shortly after, Pusha-T tweeted that Drake should send him the invoice. And voila, Drake Instagrammed a faux invoice, billing G.O.O.D Music for “promotional assistance and career reviving.”

In the midst of all this, rapper Rhymefest weigh in, accusing West of abandoning his hometown of Chicago and Donda’s House, the foundation West started to provide arts education to Chicago’s underprivileged youth.

The accusation struck a nerve with Kardashian West who responded with a spate of tweets, saying the rapper should be blamed for not being able to “sustain” the charity.

U haven’t been right since u got kicked out of the studio in Hawaii wearing fake Yeezy’s @RHYMEFEST 😂 You’re over levergenging Kanye’s name & asked Kanye to donate money to u so stop w your fake community politics & lies. Truth is you haven’t been able to sustain the foundation

I saw you at our studio a few weeks ago so why didn’t you bring this up then @RHYMEFEST ? You were trying to get Kanye to listen to your sub par beats. You have the audacity to use Kanye’s mom name to try to shead a negative light on Kanye.

You better believe I will make it my mission to take Donda’s House from you and let my children run it the way it should be run! @RHYMEFEST

Oh and lastly your flight cancelled to Wyoming. You thought you were really worthy to be on this album 😂😂😂

On Sunday, Kardashian West posted another slew of tweets on the issue, explaining that her husband had asked his then-friend Rhymefest to run the charity as West was “going through personal financial issues and could no longer fund salaries,” and therefore West’s lack of involvement shouldn’t be an issue. She ended the series stating the obvious.

I will always ride for my man!

Valentino Beauty Is Coming (Harper’s Bazaar)
Valentino and L’Oréal have inked a development deal on a new beauty line, a first for the brand. “Valentino and L’Oréal have signed a worldwide long-term license agreement for the creation, development and distribution of fine fragrances and luxury beauty under the Valentino brand,”a joint press release reads.  The statement also says that the line is expected out in January 2019.

Mario Testino’s Creative Agency Shutters in New York (WWD)
Mario Testino’s creative agency, Mariotestino+, has ceased operations in New York as a result of the fallout from the accusations of sexual harassment, as illuminated by the Boston Globe in February. Model Ryan Locke, who worked with Testino on a Gucci campaign in the Nineties, went so far as to term Testino “a sexual predator” in the report. Mariotestino+ only launched a little over a year ago and still maintains an office in London, although the client-facing teams have reportedly been massively restructured. According to WWD, while virtually all of Testino’s editorial work has come to an abrupt end, the photographer is still booking commercial jobs, though it’s unclear for whom.

13 Top Models On the Workouts That Keep Them Fit AF