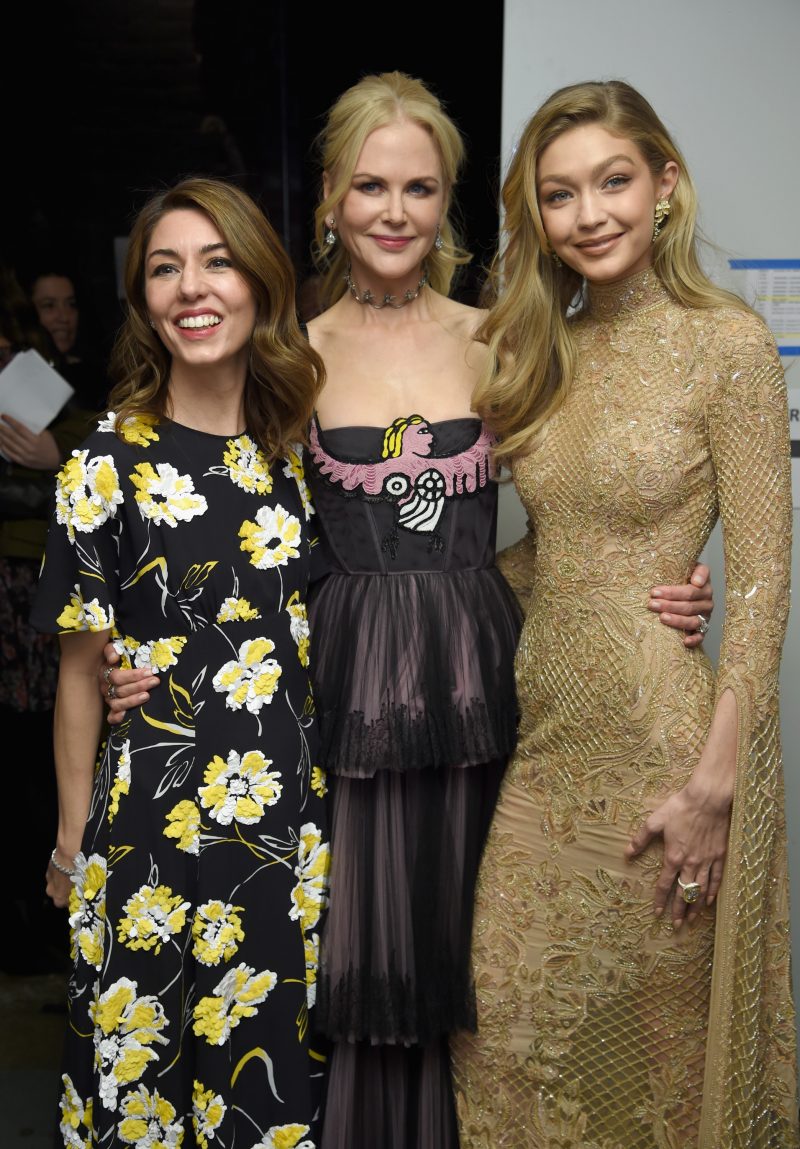 Billy Eichner hosted the show, which was opened by a performance by Chloe x Halle. This year’s ceremony marked Glamour‘s long-time EIC Cindi Leive‘s last WOTY awards. “After 16 years, this is my last time at WOTY in this role which has been reminiscing, and not just about the time Cher fixed my lashes in the green room—that was an unusual high point in fabulousness—but it was also on our stage that environmentalist Jane Goodall let out a chimpanzee howl as she accepted her Lifetime Achievement Award,” Leive told the crowd.

Chiuri was the first to receive her award. She was introduced by MacArthur Genius Grant recipient Chimamanda Ngozi Adichie. “As the first woman creative director of Dior, I’ve started a new dialogue between fashion and women. I want women to use fashion in a playful way, to express themselves in a way that they want to,” Chiuri said in her speech. “I want to say thank you my daughter, who is my muse. My relationship with her helps me to understand the ever-changing times and the new generation of women.”

One of the most powerful moments of the awards was the #MeToo series of monologues from Aly Raisman, Cameron Russell, Ann Cardenas (formerly NYPD), and Anita Hill, all of whom spoke out on their own experiences with sexual harassment. They were introduced by the New York Times writers who broke the Harvey Weinstein scandal, Jodi Kantor and Megan Twohey. At the end of their monologues, they invited audience members for whom sexual harassment and assault were personal (if it had happened to them or someone in their life) to stand—and it looked like just about everybody in the room did. 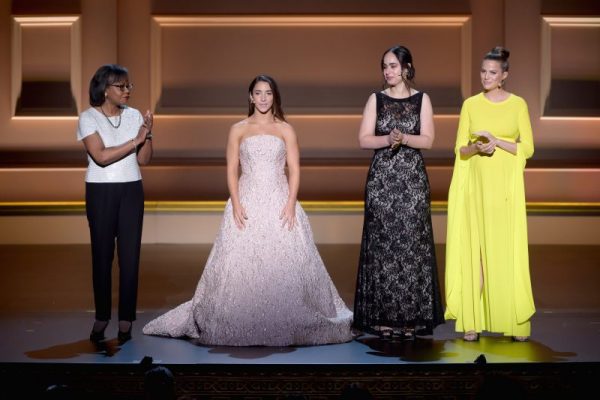 Another standout of the night? Gigi Hadid‘s acceptance speech, where she revealed she doesn’t wake up feeling like “supermodel Gigi Hadid” everyday. She told guests, “I think my biggest responsibility, standing here, is to all the young women who are watching. I want to let you know that just because I’m standing here, winning this award, doesn’t mean that I have it all figured out. I’m so grateful for every opportunity, but that doesn’t mean that I wake up feeling like the Gigi that the world expects me to be on a daily basis.”

She was introduced by her pal and tennis star Serena Williams, who said, “She understands that in order to be the best, you have to think like you are the best, work the hardest, and make sacrifices. It’s no surprise to me that since her debut at New York fashion week in 2014—only three years later—she has one of the best selling lines she designs with Tommy Hilfiger, and has graced more covers and runways than anyone can count all over the world.” Williams also said she was one of the few friends who she would leave her baby at home for.

The roster of women were presented their awards by a star-studded cast, including Zendaya, Drew Barrymore, Nick Jonas, Tracee Ellis Ross, Serena Williams, Jessica Williams, and Sofia Coppola, Lynda Carter, and Chimamanda Ngozi Adichie. Others who attended included Keith Urban, Humberto Leon, who dressed Solange for the night, Ashley Graham, Iskra Lawrence, Sara Sampaio, Andreja Pejic, Anna Wintour, Bee Shaffer, Katie Couric, Ibtihaj Muhammad, Sarah Weddington, Iman, Jessica Williams, Sofia Coppola, Hanna Bronfman, Nina Agdal, La La Anthony, Shanina Shaik, Laverne Cox, Zosia Mamet, Yolanda Hadid, and Bella Hadid, who stunned in Cristina Ottaviano. As for how the chic set handled the 1-2 hour commute to Flatbush for the very glam night? “I think it took me around one hour….sometimes I come to Brooklyn, I’m not one of those people who only stay in Manhattan,” Pejic told The Daily. As for whether she heard of Flatbush before? “I have, but I didn’t realize it was in Brooklyn. I thought it was in Flatiron for a second,” [Laughs].