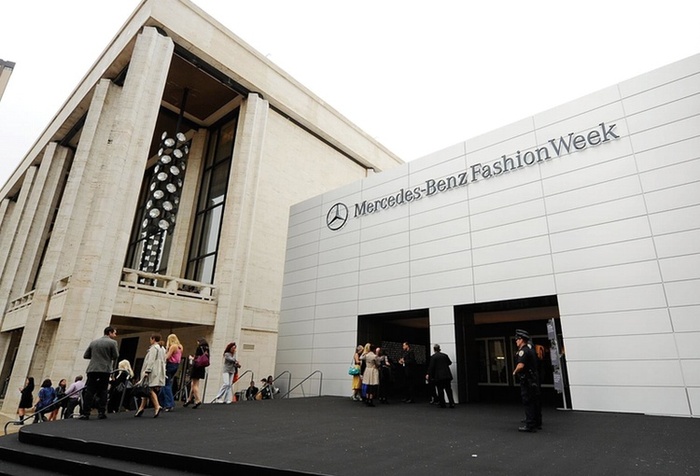 It’s official: Lincoln Center and New York Fashion Week are calling it off. According to a settlement reached today between IMG Fashion Week and the City of New York, the tents will need to find a new home after February’s shows. IMG will not be able to renew their contract, which would have allowed them to continue hosting shows at the Upper West Side location until 2020. The New York Post obtained details on the case, which included accusations that Fashion Week organizers killed trees in in the adjacent Damrosch Park and took advantage of the public space. “IMG Fashion Week shall vacate the premises and remove all tents and other Fashion Week equipment from the park,” ordered Supreme Court Justice Margaret Chan in the settlement. Additionally, Lincoln Center will lose their Damrosch Park privileges, returning this public space back to the community.

“Lincoln Center has been a great home for the past 5 years and we look forward to another world-class season this February,” an IMG spokesperson told The Daily. “However, as the fashion industry continues to evolve, IMG has been actively looking for a new home for NYFW that gives our designers and partners the best possible environment to share their creative visions. We look forward to sharing more details on our new home soon.” Stay tuned for word on where the tents will be located come September.