She’s not exactly a household name in America, but Vanity Fair is banking on Russian supermodel Natalia Vodianova for their all-important September style issue. Mario Testino shot the mod, who shares her tale with contributing editor Ingrid Sischy and talks about her relationship with Antoine Arnault. “He gets up at 8 a.m. and goes to work with a big smile on his face,” she says about Arnault. “He loves what he does, loves my children so much, is a great father and stepfather and boyfriend. I guess he is still a boyfriend. I want to call him my husband because it feels right, whether we have the papers or not. He feels like a husband already, although it doesn’t make a difference, does it? I feel blessed. He is everything I love and respect.” Steven Klein also gives high praise for the Calvin Klein exclusive, telling Sischy why he connected with her. “It’s an emotional thing,” Klein says. “She reminded me of someone like Mrs. Onassis, but also she had that thing that Brooke Shields had—an ability to project innocence, also glamour and sensuality. Natalia really is quality and not pretentious. She talked about all kinds of things that had to do with giving back, being grateful for what she had already, and wanting to give to people in need. I mean, how often do we hear that? I just said, We have to get her. And, believe me, I can see the fraud in two minutes.” The coverlines hint that inside we’ll see stories on Alexander McQueen and Isabella Blow, Michael Kors, Tavi Gevinson, and their 2014 international best-dressed list, but no mention of that rumored Dolce & Gabbana story that the boys reportedly tried to get Anna Wintour to kill. We’ll know if it’s in there on Thursday when the issue hits New York and Los Angeles as well as on the iPhone, iPad, Kindle, and other devices. We. Can’t. Wait. 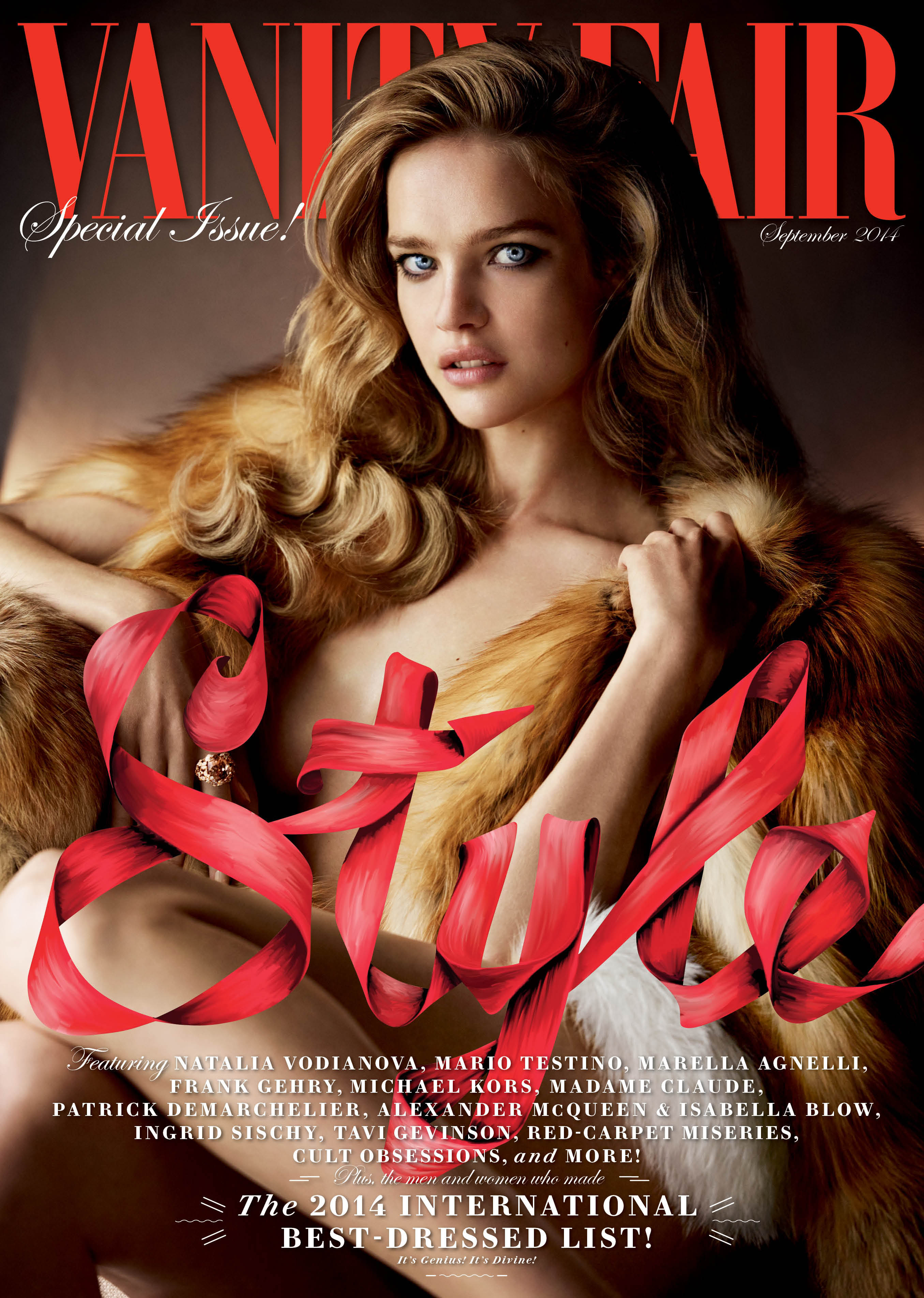