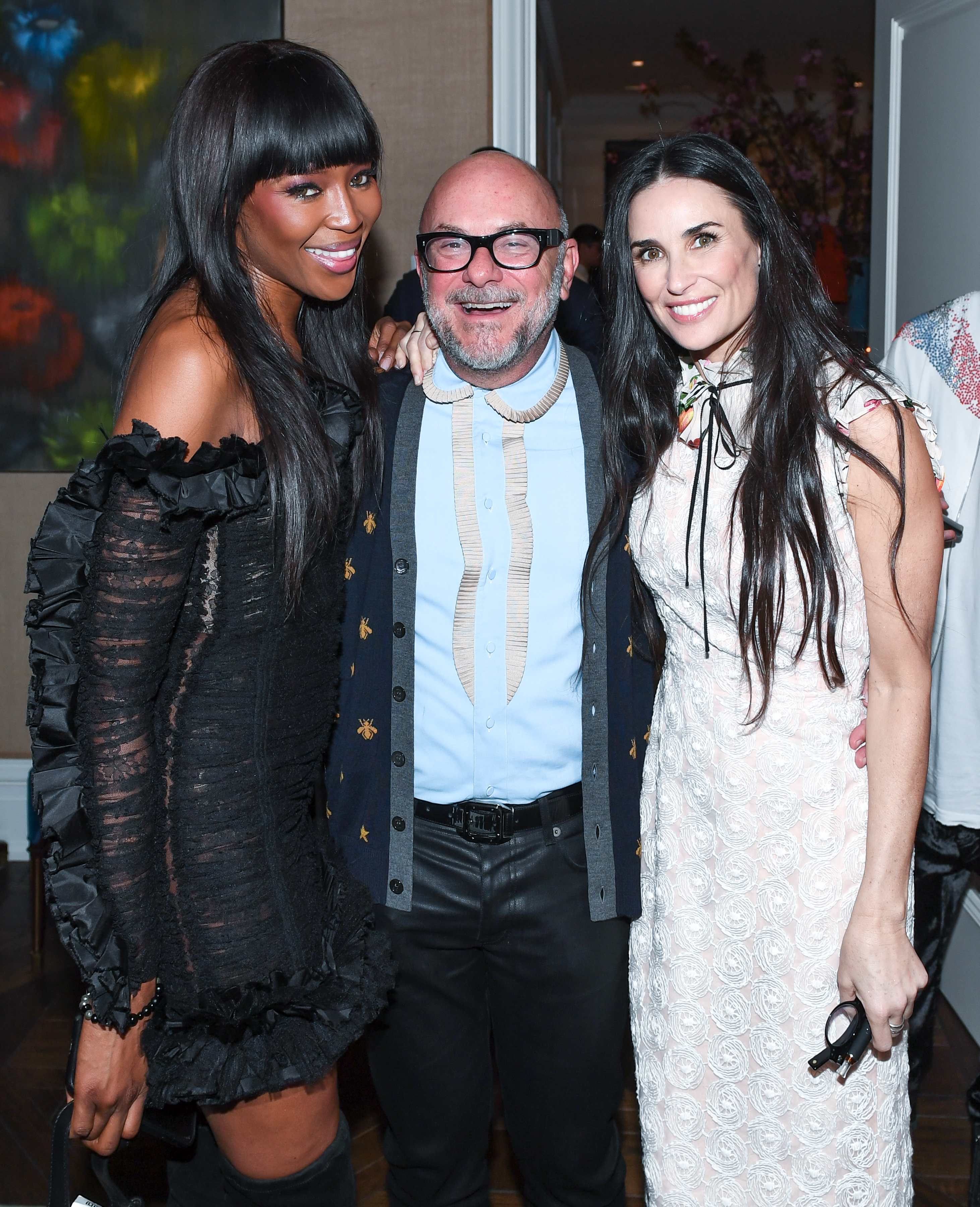 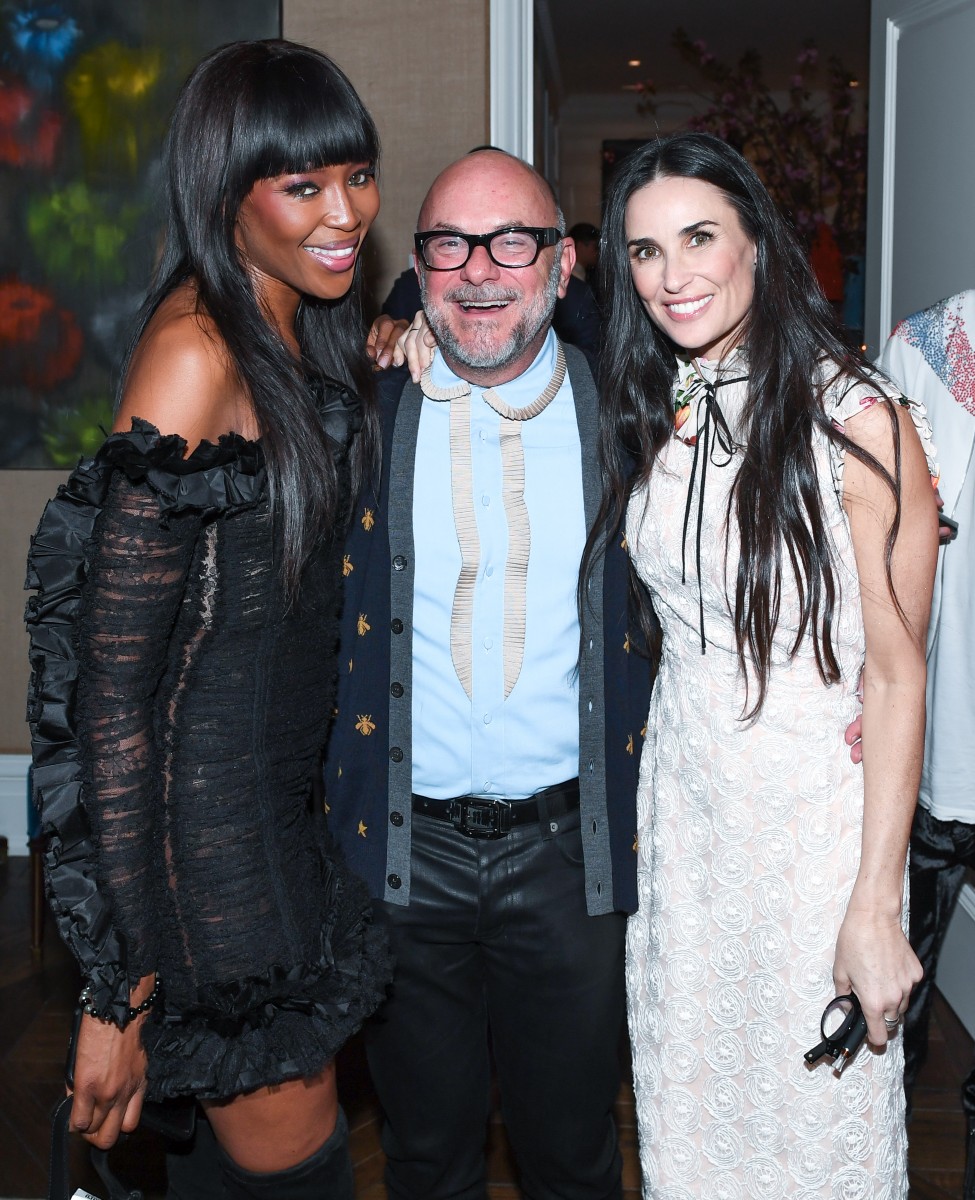 Whether they were weekending at their farm in upstate New York, like Adam Lippes, or on the other side of the country, like Demi Moore and Brian Atwood, Eric Buterbaugh’s chic set of pals weren’t going to miss last night’s cocktail hour celebrating his fragrance line, EB Florals by Eric Buterbaugh. The shindig took place at the home of Jamie Tisch on the Upper East Side, which quickly filled with the fashion industry’s most celebrated talents—a fashion pre-prom, shall we say? “I’ve always wanted to do this forever—since I was a little kid, to be honest. When I was little, I didn’t want Hot Wheels. I wanted bubble bath that smelled good and french perfumes and smelly candles. I’ve loved it always, so I always wanted to do it,” Buterbaugh said. “It’s really amazing to see how there are a lot of people who came in just for this. It’s a bit overwhelming!”

The evening was co-hosted by Tisch, Moore, and Naomi Campbell, who arrived fashionably late with pal Derek Blasberg, making a rather grand entrance with a camera crew to film for CNN Style, Blasberg’s newest gig. Moore, who stunned in a combination of vintage, Gucci, and Casadei shoes, dished on her 14-year friendship with the floral king. “We refer to each other as I’m the straight wife and he’s the gay husband [laughs]. But kidding aside, I feel like he’s family for me. We probably speak or communicate every day and have done many trips together, from India and all over Europe to Abu Dhabi. But probably my favorite is just kitchen dinners and watching a movie at home.” 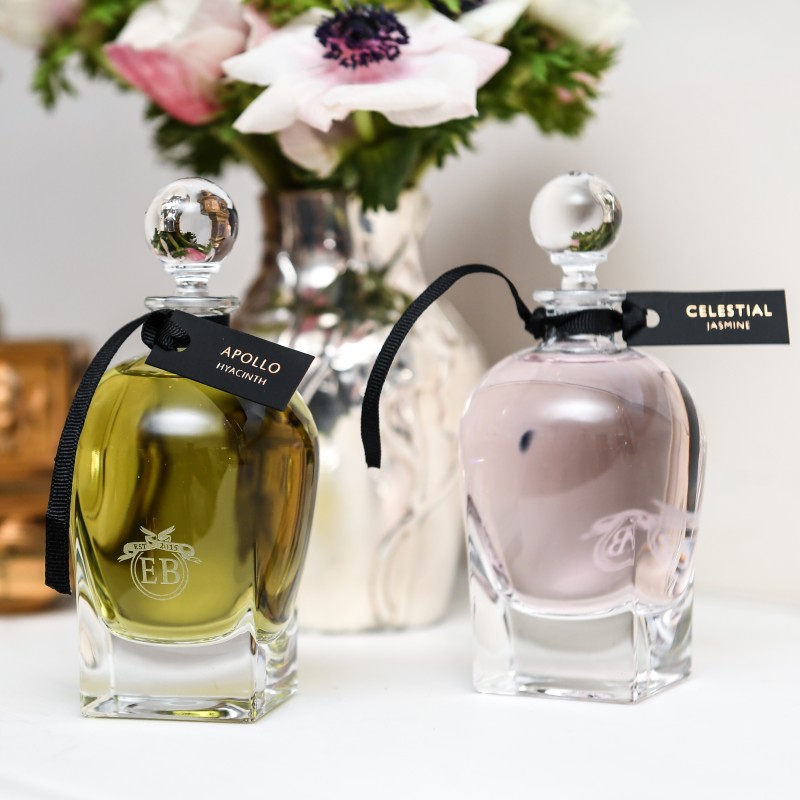 Kate Hudson, Mario Testino, Peter Dundas, Donna Karan, Edward Enninful, Glenda Bailey, Grace Hightower De Niro, Scott Studenberg, and John Targon also mingled, as well as Linda Fargo, who is launching EB Florals at Bergdorfs, and Dennis Basso, who will receive the Designer of the Year award from F.I.T. “It’s a wonderful thing. F.I.T. is the Harvard of the world of the creative arts, so it’s a great honor to receive!” he told us.

Other guests included Cameron Silver, Shoshanna Gruss, Vanessa Getty, Jessica Seinfeld, Marjorie Gubelmann, and Mickey Boardman, who met Buterbaugh in a very 2016 way. “We’re very modern—we met on Instagram,” he told us. “I was a big fan of his, so I wrote to him on Instagram because I knew I was coming to L.A. I said we should get together. We ended up meeting in-person in New York. He puts up a lot of fun, inspirational sayings on Instagram, so I’ll regram him. He’s just so glamorous, fun and down to earth at the same time.” Boardman is getting ready to roll out PAPER’s Youth issue, featuring cover star Kylie Jenner. “They’re all fabulous; we’ve shot them all except Kourtney [Kardashian] and Cailtyn [Jenner]. I’d have a Kardashian on every cover, but I feel like we can do one a year and then we have to have a break. For the inside, I could have a Kardashian every month.”

The evening concluded with guests heading home (or some to the Polo Bar, like Atwood) with their very own EB Floral candle, a sweet little reminder of the man who seems to be every cool person’s best friend.