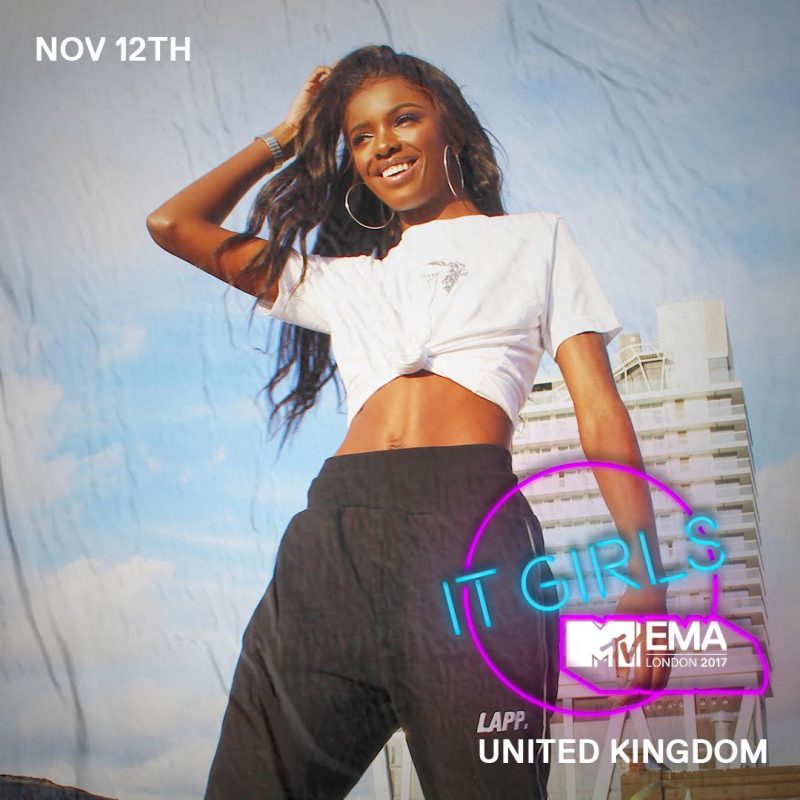 Just days before MTV’s Europe Music Awards,—it airs this Sunday, November 12— the network has announced that it’s teaming up with 5 global It girls and tastemakers from around the globe. The partnership will give fans an exclusive look into all the official pre-EMAs MTV Music Week events, red carpet excitement, and backstage moments surrounding the big night, which will be hosted by Rita Ora in London.

Beginning today, the group of 5 women—ranging from influencers to models and DJs—will take followers into their VIP adventures, sharing their experiences through their personal social channels as well as regional-specific MTV local platforms and international MTV Facebook Lives, Instagram stories, and Snapchat sessions. Naturally, the girls on tap have a heavy social presence. The lineup includes…Cindy Kimberly (model with 3.6M IG followers), Caroline Daur (German mod and blogger, 1.2M IG followers), Sofia Reyes (singer, EMA nominee for Best Latin Artist: North America, 383K IG followers), Monica Geuze (DJ, 750K IG followers), and Leomie Anderson (runway mod, 137K IG followers). “I am so excited to be a part of this year’s EMAs because it’s in my home town for the first time since 1996!” Anderson told The Daily. “The EMAs is one of the most exciting music awards shows I grew up with, and I’m sure it’s going to produce many iconic moments, one being my red carpet look [Laughs].”

Representing each of their respective hometowns (Spain/US, Germany, Latin America, Netherlands, and the UK), the music-loving group will unite to show each of their personal shooting styles and local flair, giving various perspectives of the MTV EMA experience.

Get Your Ticket For The Whitney Art Party!