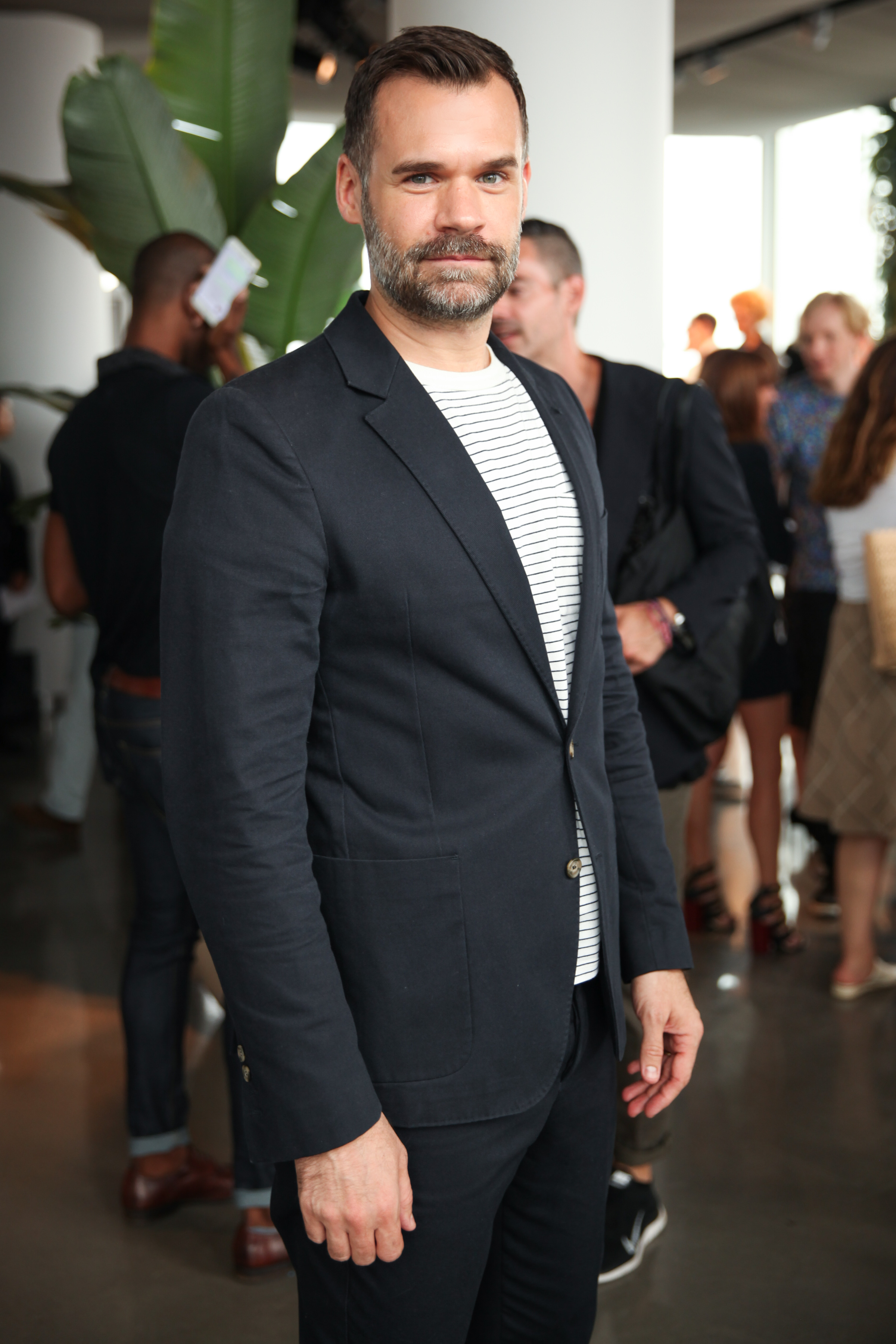 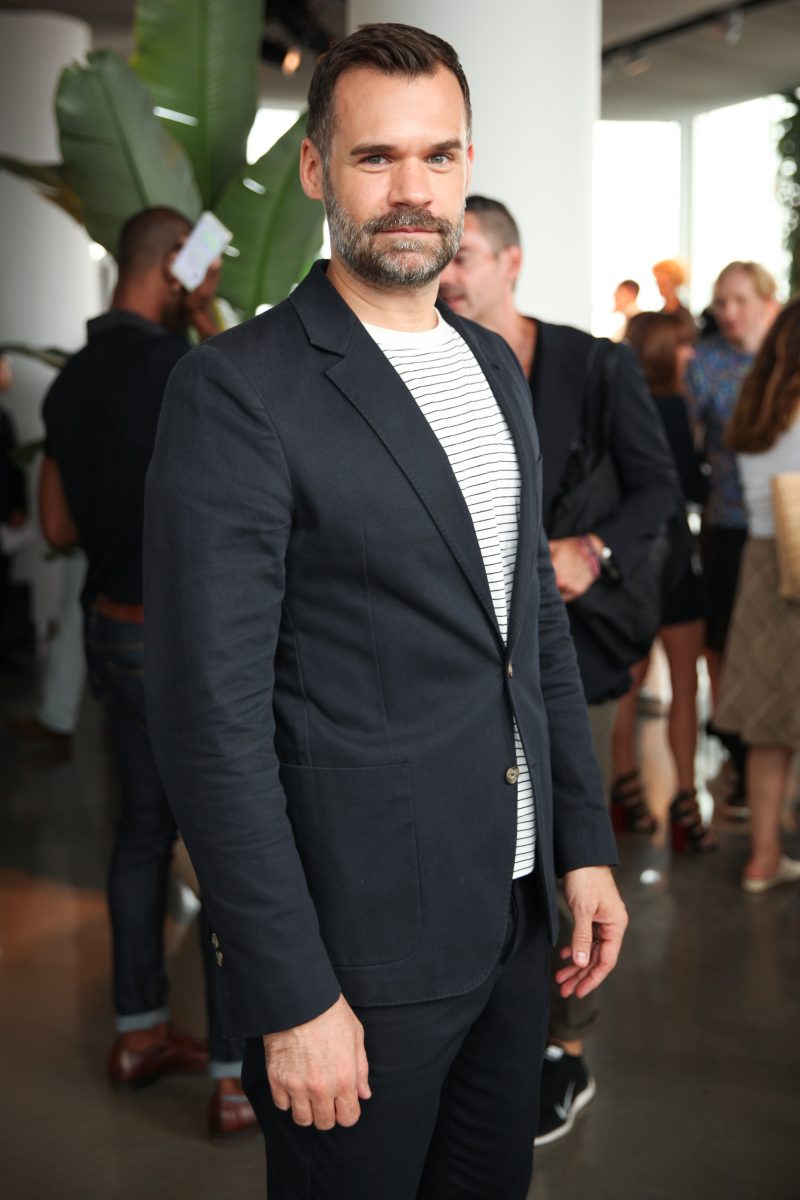 Forbes Life, Vivenne Tam, and KCD is just a taste of what Adam McCollum has stacked up on his res. His segue from the editorial desk to the PR trenches continues with his latest role as head of PR at Porsche Design. McCollum gives us the dish on earning his chops in the fashion world, his Madge fanboy moment, and more…

What’s your background?
I’m from Indiana. I studied fashion design at a small school called Ball State. While in college, I waited tables—like everyone does!—and that’s the skill that kept me alive when I first moved to NYC. Since you don’t make money interning, I had to work at night. I was always exhausted, but it was worth it…I think.

What was your first fashion gig in NYC?
We had to have an internship to finish a degree, and I knew I wanted to come to NYC. I sent out letters to everyone under the sun from Ralph Lauren to Donna Karan. Betsey Johnson and Vivienne Tam were the ones who got back to me. The interviews were pretty painless, but were what you would expect based on what you know from the brands. I met with the PR teams at both. The interview with Betsey’s team was a little wacky and the Tam interview was very formal. Ultimately, I just liked the vibe and culture more at Vivienne Tam. Plus, in college, my design aesthetic was a little more similar to hers.

How did you end up at Forbes fyi?
New York is funny in that it holds so many random opportunities. After my internship, I happened to be helping a friend on a photo shoot, which happened to be for Forbes. The creative director for the book and I just really clicked. We started talking fashion and he was impressed (for some reason) that I knew the brand Byblos. After the conversation, he asked me if I wanted to interview for the job…and the rest is history. I worked for Forbes fyi, the lifestyle magazine at Forbes, which became ForbesLife. It was essentially the same book, but the name ‘fyi’ never really had global appeal, so ForbesLife made more sense from a marketing standpoint.

Why did you choose to cross over into PR?
In 2008, after the bottom fell out of the market and magazines started to fold, I was a little paranoid about my future in publishing. Vanessa von Bismarck, partner at BPCM, had been trying to poach me for years, but I never wanted to do PR. She and I were in Basel, Switzerland for the Basel World watch fair during this time, having coffee, talking about watches, and she asked, “So when are you going to come work for me?” And it just sort of clicked at that moment, that this is more stable than my current gig. While with BPCM, I handled watches and some other lifestyle accounts for her. I’ve stayed in PR because I’m a glutton for punishment, really…and the free products, I guess.

What was your transition from editorial to PR like?
I immediately thought, “What have I done?” I’m kidding…sort of. I felt that way for awhile, because it was like trying to learn how to talk after losing your tongue. You know what you want to say but the process of doing it is very different on the other side. I have since really come to appreciate that publicists have some power in certain instances! [Laughs evil laugh]

What was your role at Bally?
At Bally I was the director of communications and PR. That was the first time I really had “real” responsibility, and had to start working 9 a.m. to 7 p.m. days. I also learned quick that the Swiss, God bless them, are inherently Swiss, like a watch. Take what you will from that.

How did you land at KCD?
I’d been at Bally for five years and there’d been a change in leadership. When my boss left, who was the coolest guy, I decided I should start looking as well. KCD contacted me through a recruiter, and I jumped. They are such a powerful agency and so highly regarded, so I went there. Plus, Ed Filipowski [a partner at KCD] is such a lovely man, and that didn’t hurt my decision!

Why did you make the move to Porsche Design, and what does your new gig entail?
My previous mentioned boss from Bally, Mimmo Mariottini, is now the CEO for the Americas at Porsche Design, and he immediately called me and said, “Hey! I want you to come for me.” And I said, “Hey! You’re on.” I’m head of PR at Porsche Design, and the role is similar to what I did at Bally. But the product assortment is so much broader here—we do men’s and women’s RTW, timepieces, eyewear, home, accessories, and design services, so the opportunities are limitless. I’m really excited about it!

What’s your gameplan?
Exposure. Exposure. Exposure. I want to blow this brand UP! It has such an amazing and legitimate history, which so many brands try to make up. There’s such potential for us in the U.S. I just want people to know who we are and what we do and where we’re going. Right now, for me, that involves celebrity endorsement and product placement.

So what’s your big takeaway from your experiences thus far?
You have to really love your brand’s/client’s product and be able to stand behind (most of it) to be an effective publicist, otherwise you’re just a paid liar peddling crap, in my opinion. I’ve experienced a lot of those types of people, and you can quickly tell who’s real and who’s real fake.

Do you have a favorite New York PR story?
Working the MET Gala carpet was a cool experience, and I got to meet and interact with so many celebrities that night, which normally doesn’t phase me. But when I got near Madonna that night, I pretty much just freaked out—internally, that is. I mean, I was cool as a cucumber (I actually hate that saying) on the outside, but inside I became a total fanboy and wanted to cry. I don’t know if that’s wild to anyone else, but it was to me. Trying to comprehend all of that emotion for someone you’ve adored and respected for decades, while standing next to said tiny woman who embodies these emotions, is overwhelming. I’m OK now. Maybe. Do you have a tissue?

You minored in German. What’s your favorite German word and what does it mean in English?
die Geschwindigkeitsbegrenzung, which means speed limit. I just like it because it takes seven syllables to say speed limit.

Anything else to add?
Everyone should visit porsche-design.us and buy everything! I’m not kidding. Really. K. Thanks.

RiRi’s Next FENTY Creation Is Here