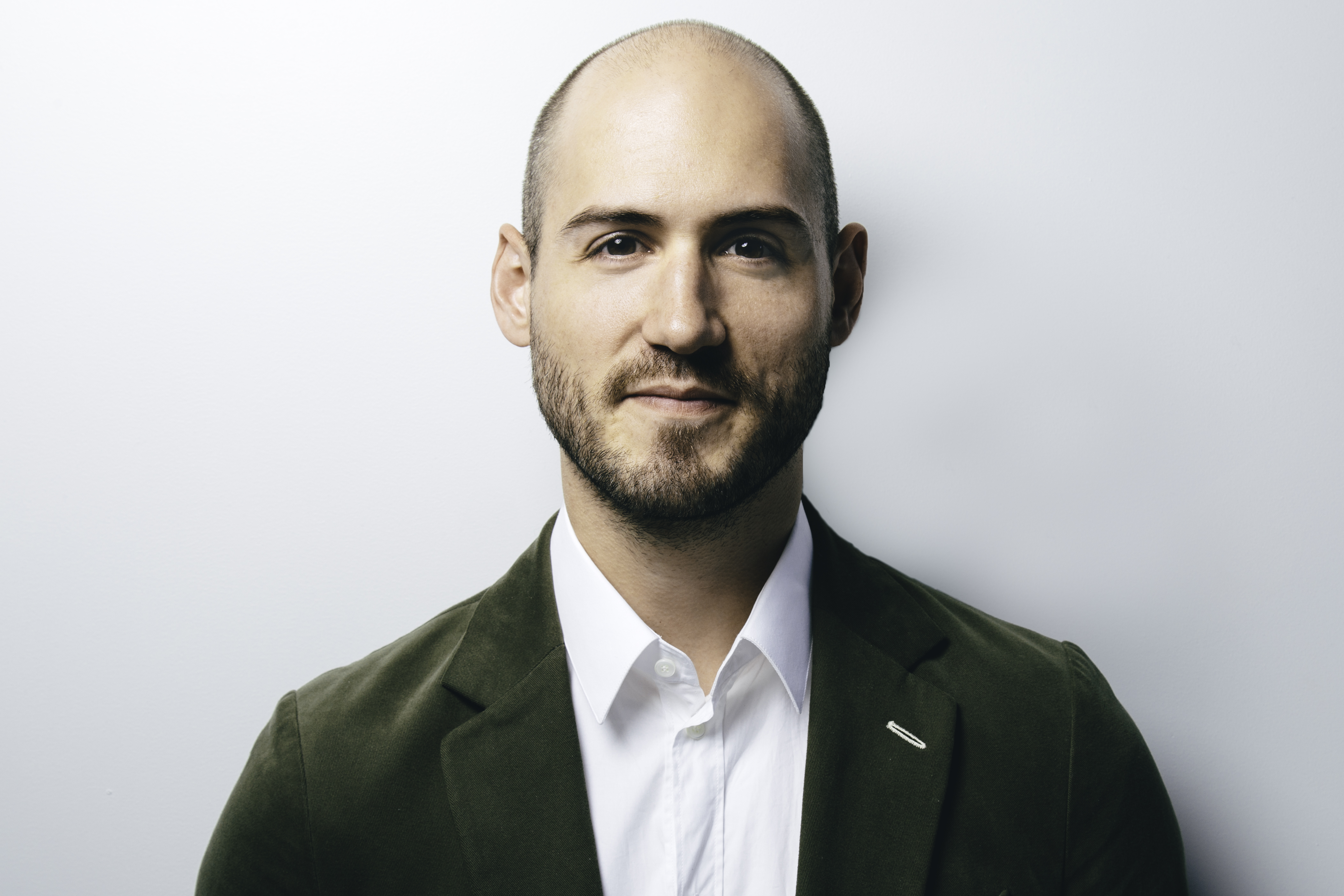 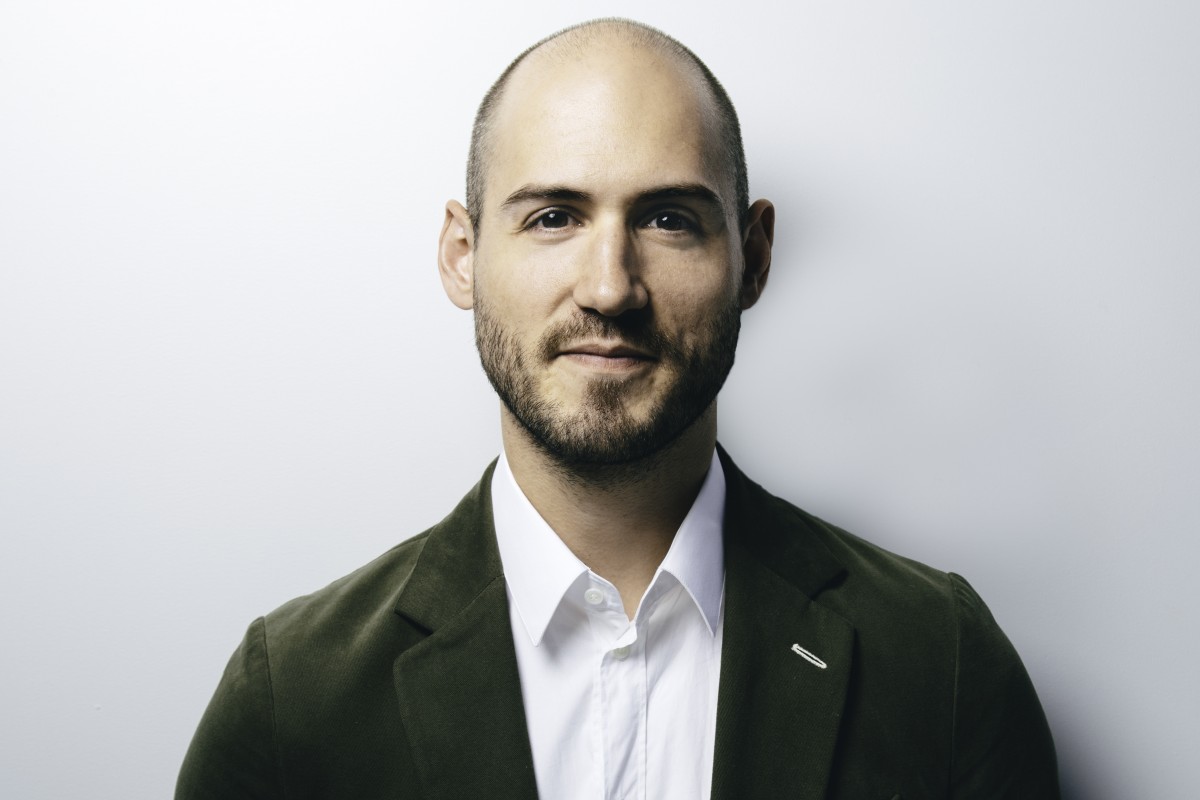 The mag that has been guiding gents for decades, GQ, has appointed articles editor Jon Wilde to the snazzy role of dot-com editor. We caught up with the “doctor of dude mags” about his tenures as a cashier, janitor, and of course, editor, and where he (and GQ.com) are heading next.

What’s your background?
I have a B.A. in journalism from NYU and an honorary Ph.D in Dude Mags, having spent my entire post-collegiate career at Maxim, Men’s Journal, and now GQ (for the last five-and-a-half years). I’ve also been a box-crusher, a cashier (twice), a research assistant, and—for one summer during college—a janitor at my old high school. So yeah, the magazine editor life is a nice improvement.

What has the transition from print to entirely digital been like?
It’s been short—I’m only three weeks in— daunting, dizzying, exciting, intense, and a hell of a lot of fun. I spent five years learning what is and isn’t a GQ story, and then how to make that fun and smart and unexpected. Now I’m trying to help an entire team do that, 25 to 30 times a day. I imagine this is what it feels like to try to leap onto a moving train. Minus the imminent possibility of death. (I assume. Not sure what happens if I miss my goals.)

Is there an editorial piece that you’re particularly proud of?
I’m proud of everything I’ve worked on up until the moment I shipped it, and then I never want to see it again. But I suppose I’m most proud of Manual, the GQ print section I edited for the last five years. It was a beautiful pulsing mass of service stories aimed at everything a guy cared about: style, sex, travel, booze, tattoos, etc., etc. It was a big team effort to both reinvent and refine it every month, and we—very much a “we” effort—earned two ASME nominations for the work. Never won, though.  I’m sure now that I’m gone #manualsquad will take home an Ellie. In that moment, my giant grin will belie a raging jealousy.

How does GQ measure digital stories’ success?
It’s funny: Part of the allure of going digital was in being able to see concrete feedback—to get a real sense of what hits and what misses. And there’s no shortage of numbers, with a billion ways to carve up a story’s impact by reach, shares, views, time spent reading, and on and on. But for all the data, there’s still the fundamental pre-publishing question: Will this do well? We have a duo of number-cruncher masterminds who deliver extremely useful intel. We also have the blessing and curse of being able to cover anything we want. GQ the brand has very few no-fly zones. So success for GQ.com is in delivering a mix of great stories in all forms—long and short, newsy and service-filled, funny and weighty—that, in aggregate, add up to a know-it-when-you-see-it GQ-ness. Success is also for every single one of our posts to go viral. I’m sure we’ll get there. Can’t be that hard, right?

How has your schedule changed since diving into digital?
BDC (Before Dot-Com), I’d wake up at around 7 or 8 a.m., have a semi-leisurely morning with my daughter and wife, arrive at the office by 10 a.m., then more or less work the rest of my waking hours, to my wife’s great consternation. When you can do everything from a phone, and social media offers up not only braindead entertainment but a vast sea of ideas and writers, it’s hard not to be somewhat on the job at all times. Now that I’m editor of the website, it’s the same situation, except I have a check-in with my wonderful section editors at 8 a.m. over Slack.

Are there any sites you frequent?
There are other sites besides GQ.com? I KID. Deadspin, anything in the NY Magazine roster, The Awl, The Verge. But mostly, Twitter. I’m in the constant process of tuning it to fuel me with pieces great and unsung, budding storylines, and dat boi memes.

What stories perform well on GQ.com?
Once upon a time, long before I arrived, there was a post called Golden Globes that enjoyed a storied reign atop our most-viewed list. The irony being that in print it had been a thoughtful, slobber-free compendium of formative bare-chested moments written by some of our best writers: Andrew Corsello and the late David Rakoff. Online, however, it was a slideshow with the text buried by the poor design of our site. That’s in the past. These days, we have the potential to win big with stories in almost any sphere and on any subject. Style is a big draw, certainly. And yes, guys still like looking at attractive women.

How are you bringing the “GQ voice” to the site, and what are your plans for digital?
It’s not as if the site doesn’t already feel like GQ, but one of my goals is to dial it in, in every facet: story selection, the angles we take, the headlines we write, and of course, the voice we employ. The pace doesn’t leave much room for fine-tuning and the web requires a different dialect, so it’s like steering a freighter: small inputs and suddenly we’re heading exactly where we want to be. Beyond that, I want to find ways to unleash the great talent that’s already here so that we can all go after bigger, grander, more ambitious stories. I want to drop a drawbridge over the print-digital divide so that ideas flow naturally from side-to-side and we’re one big, beautiful GQ family. And I want to use this position as a platform to burnish my own personal brand. Thank you for giving me that opportunity.

How are you using Snapchat?
Personally, not much. I’m still stuck on the static safety of Instagram. But as a brand, we use it two ways. To deliver some fun-’n-fast service, usually on the style front. And to sneak our audience behind the cashmere-and-linen rope of life at GQ. We’ll do everything from an off-the-wall tasting of silver-topped doughnuts to insider coverage of major GQ events, like our annual Men of the Year Party in L.A.. For moments like that we’ve worked with Snapchat directly to amplify our coverage and our reach. Praise be to my social guys, Freddie and John, for being relentless (and relentlessly entertaining).

Tell us about How-To Tuesdays!
It was a little thang that Freddie and I launched a while back, where every Tuesday I’d demonstrate some quick-hit advice, usually style. Like, how to put the perfect dimple in your tie, or how to cut the collar off a button-front shirt to make it into an of-the-moment band collar shirt. Also, once I demonstrated how to ride a hoverboard. But since taking the new gig, I’ve ceded How-To Tuesdays to Jake Woolf, a style writer for the site. He’s charming and has a far better head of hair. Much more on-brand.

Digital gives way more room for reader feedback, or “lashback,” than print—how are you handling that?
Blessedly, GQ.com doesn’t have comments, so we’re safe at home. I think anyone who writes for the web at this point knows they’re going to be heckled a bit by the Internet’s bleacher seats. But we take very seriously anything that’s genuinely derogatory or that insinuates danger. I took over just after Julia Ioffe’s illuminating, headline-making piece for GQ on Melania Trump, which unfortunately led to her being attacked by some very heinous, hateful people. In moments like that we’ll internally work to offer the best measure of protection that we can.

We hear your wife does something pretty fab…
More amazing things than I can list, but during the day she is the design director for what may be the best looking magazine in existence, The Daily Front Row. (Please don’t show this to GQ design director Fred Woodward.)