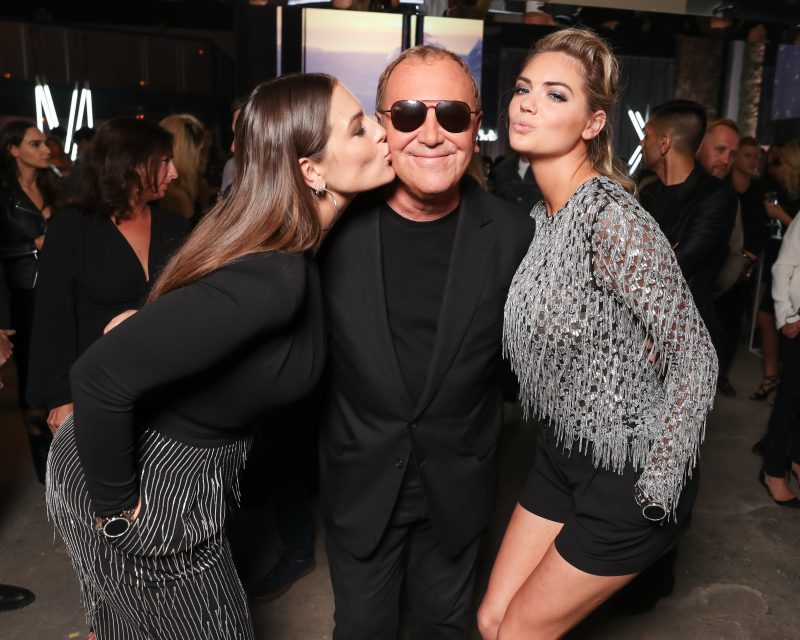 Last night, Michael Kors closed out fashion week at ArtBeam, toasting his two new Access smartwatches in collab with Google. Fans of the designer—and he has many!—who came out to celebrate included Kate Upton, Ashley Graham, John D. Idol, Skai Jackson, Andreea Diaconou, Aimee Song, Camila Coehlo, Chriselle Lim, Caro Daur, Tess Ward, Gala Gonzalez, and more. Guests danced the night away to tunes by Alexandra Richards, and enjoyed bevs and bites, like the most adorable and delish miniature burritos. We caught up with MK about his latest endeavor and his Spring ’18 show!

Congrats on your show! How did the Sara Bareilles performance come about?
MK: We’ve been friends for quite a while and I’ve been a fan of her music forever. In today’s world where you see people sing to a track and everything is synthesized, we really wanted the whole show to be about what is real, and she is an example of that attitude.

You teamed up with Google for the watch. What’s the last thing you Googled?
MK: Actually, the last thing I Googled was “Michael Kors Spring ’18.” I can’t tell a lie!

Do you generally run on time?
MK: I try—I’m a Leo. Leos are always a little late!