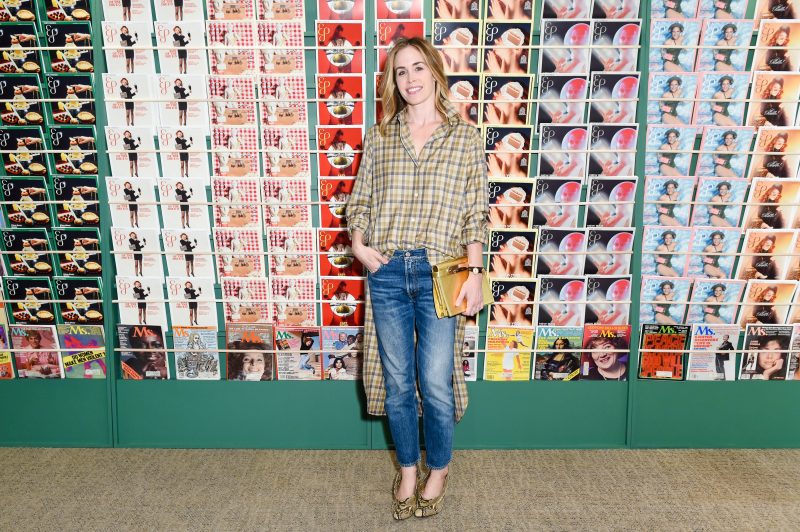 Brett Heyman took a newsy approach to showcasing her Spring/Summer 2018 collection this season, an appeal to chicsters and news junkies alike. Her presentation took place at the Paley Center for Media, where guess like Derek Blasberg, Poppy Delevingne, Lauren Santo-Domingo, and Nicky Hilton got to check out Heyman’s new range while snacking on ice cream sandwiches, chips, and treats from the Edie Parker newsstand. The brand also unveiled its new logo and identity with a fictional magazine bearing the brand name inspired by the golden age of magazines and iconic titles from the Sixties and Seventies. Brett fills us on in the concept, here.

How’d you come up with this concept?
It started with the most recent election, and Gloria Steinem was on my brain. We came out with a new logo that reminded us of the ‘70s and came out with magazines that are inspired by the feminist thinkers of the ‘70s. It just happened to be very topical, so I was like, OK, let’s make a statement about media now. I wanted to acknowledge where we are in the world.

There’s less of a political focus this season than last season, in general.
At the end of the day, we’re being tongue-in-cheek. Every caption is silly and we don’t put real issues out there—we’re just acknowledging that there is a bit of an attack on the media, and even though it’s not my place to tell anyone what to do or how to think, anyone with a platform should stand up for what they believe in.

What’s the story behind the Truth clutch?
100 percent of the proceeds of that bag go to protect journalists.

How do you get your news?
I’m still a little bit of a dinosaur. I read the Daily Beast all day long but I still get The New York Times and The New York Post.