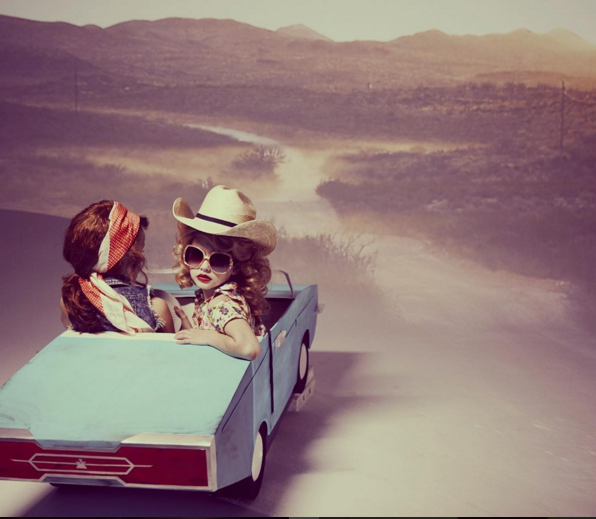 The fashion flick Thelm + Lou, which recreates iconic scenes from Thelma and Louise, has to be the most adorbs thing we’ve seen in a while. Shot to accompany a fashion editorial for Papier Mache magazine Australia (a luxe publication for mini chicsters), the film stars pint-sized mods and incorporates backdrops from the 1991 hit movie that first opened our eyes to the wonder that is Brad Pitt and made Susan Sarandon and Geena Davis forever fabulous.

Directed by New York-based fashion photographer Amanda Pratt, who specializes in editorial and campaigns for childrenswear, and shot at Jack Studios features the sweetest retro styling and a hairdryer-toting bad-ass mini Brad Pitt.

“We treated this video like it was a movie trailer, using the voices of the real actors. It was so much fun,” said Pratt. We bet.