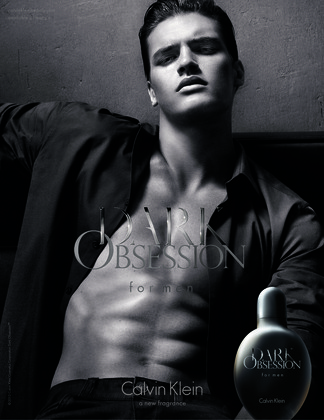 Oh, hi! Calvin Klein has released the ad campaign for their new fragrance, DARK OBSESSION, featuring yummy Matthew Terry. You’ll recall Terry from other campaigns for the house including that Calvin Klein underwear commercial that made its debut at the Super Bowl and lives on in taxi TV. The fragrance ad was shot by Dan Jackson and will start running in print and online in April 2013. We embrace this.