Love That Viral Magazine Cover? You Need To Know Jill Demling’s Name—She’s Probably Responsible For It 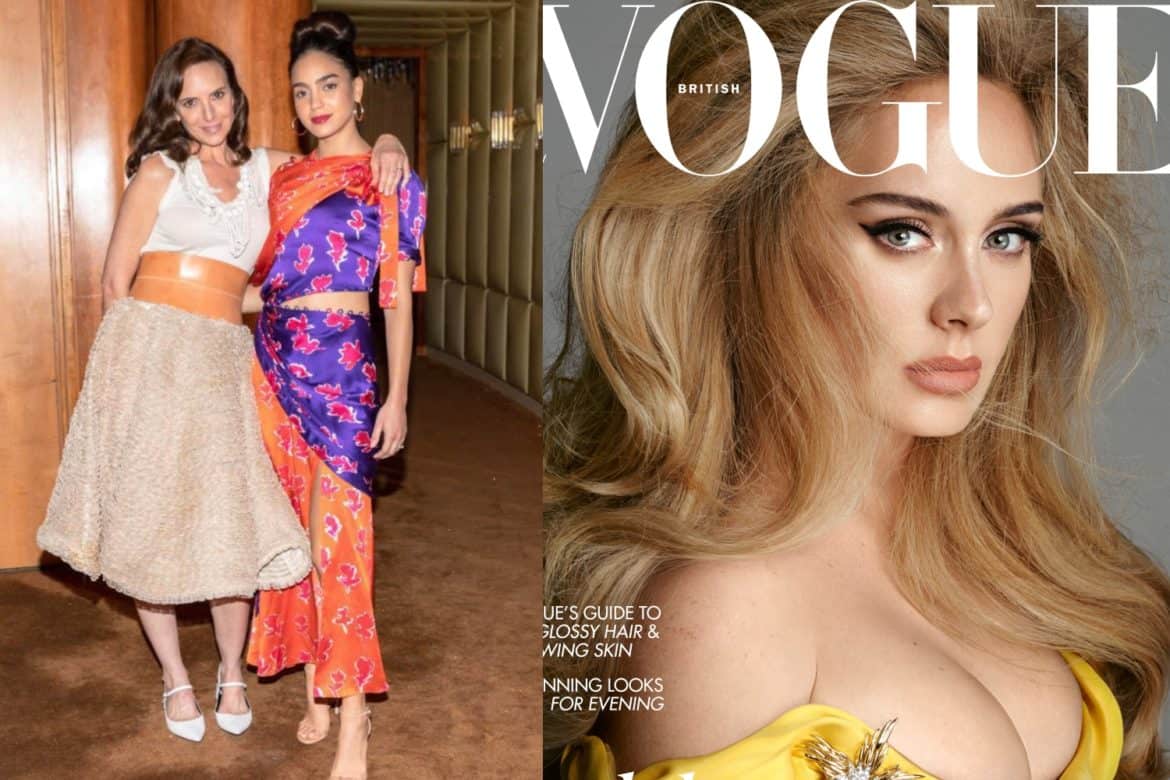 Jill Demling and Melissa Barrera at The Met; Adele for British Vogue (BFA/Courtesy)

What makes a magazine cover iconic? As you can tell by the amount of names listed on the masthead inside the glossy pages, each shoot is the lasting legacy of a visionary team of editors. But, one woman in particular is to thank for two decades’ worth of celebrity covers that have stood the test of time. Jill Demling began her career as Anna Wintour’s assistant at Vogue in 1998, only to find herself named entertainment editor in record time. Rising through the ranks to become entertainment director, she plucked talent from all over the globe and gave them their well-deserved media spotlight—resulting in memorable covers that defined the aughts. Now serving as British Vogue’s entertainment director at large (yes, we’ll get to THAT Adele cover in a moment), as well as booking talent for Vogue editions around the world and juggling her own projects, we had a million and one questions for her. Here’s how it all began….

Did you used to scrapbook a lot as a kid? Where do you think your love for print media stems from?
It’s funny you ask, because growing up I would cut out photos from magazines and tape them all over my walls. Instead of Tiger Beat covers of Kirk Cameron, or one of the Coreys, I had runway images of Christy and Linda. I’m a big photo album person; I have two albums that Anna Wintour gave me when I had [my daughter] Story, which have her name engraved on the spine. I’ve been ordering prints and gluing them into these books, with little messages, since she was born nearly six years ago. I’ve similar photo albums from high school and college, and from my time studying abroad in Australia—which is covered in Toohey’s Red Beer labels! 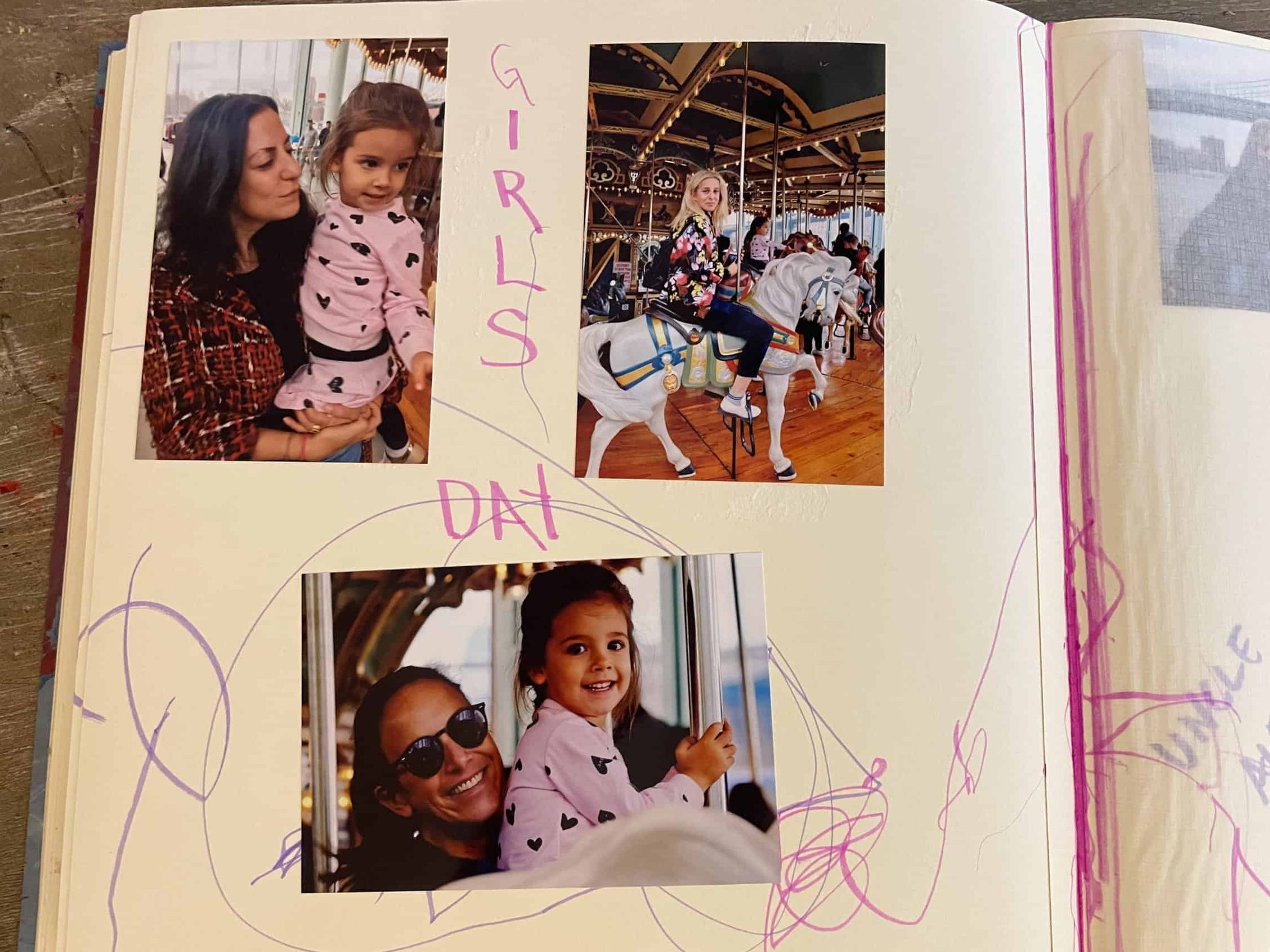 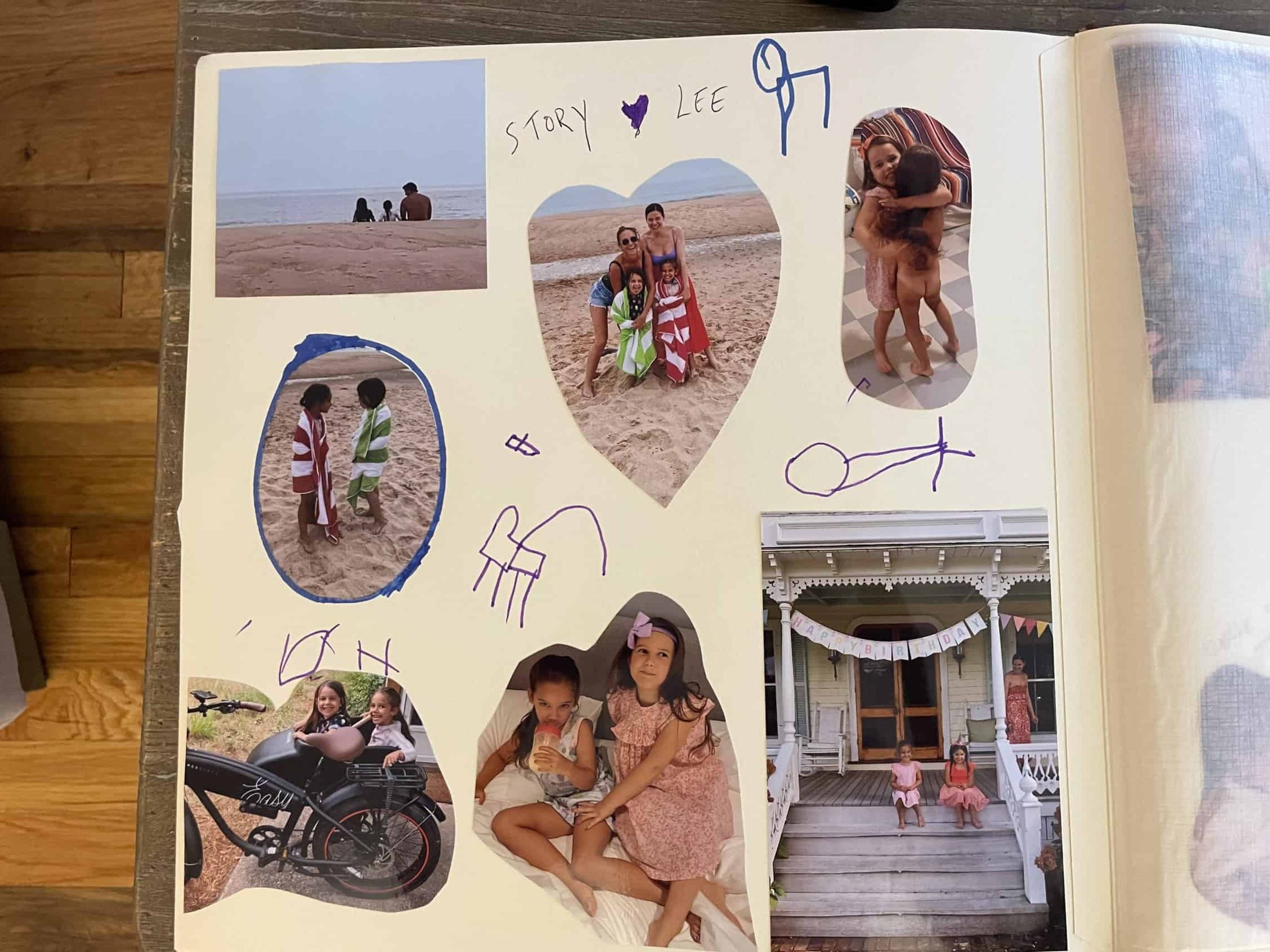 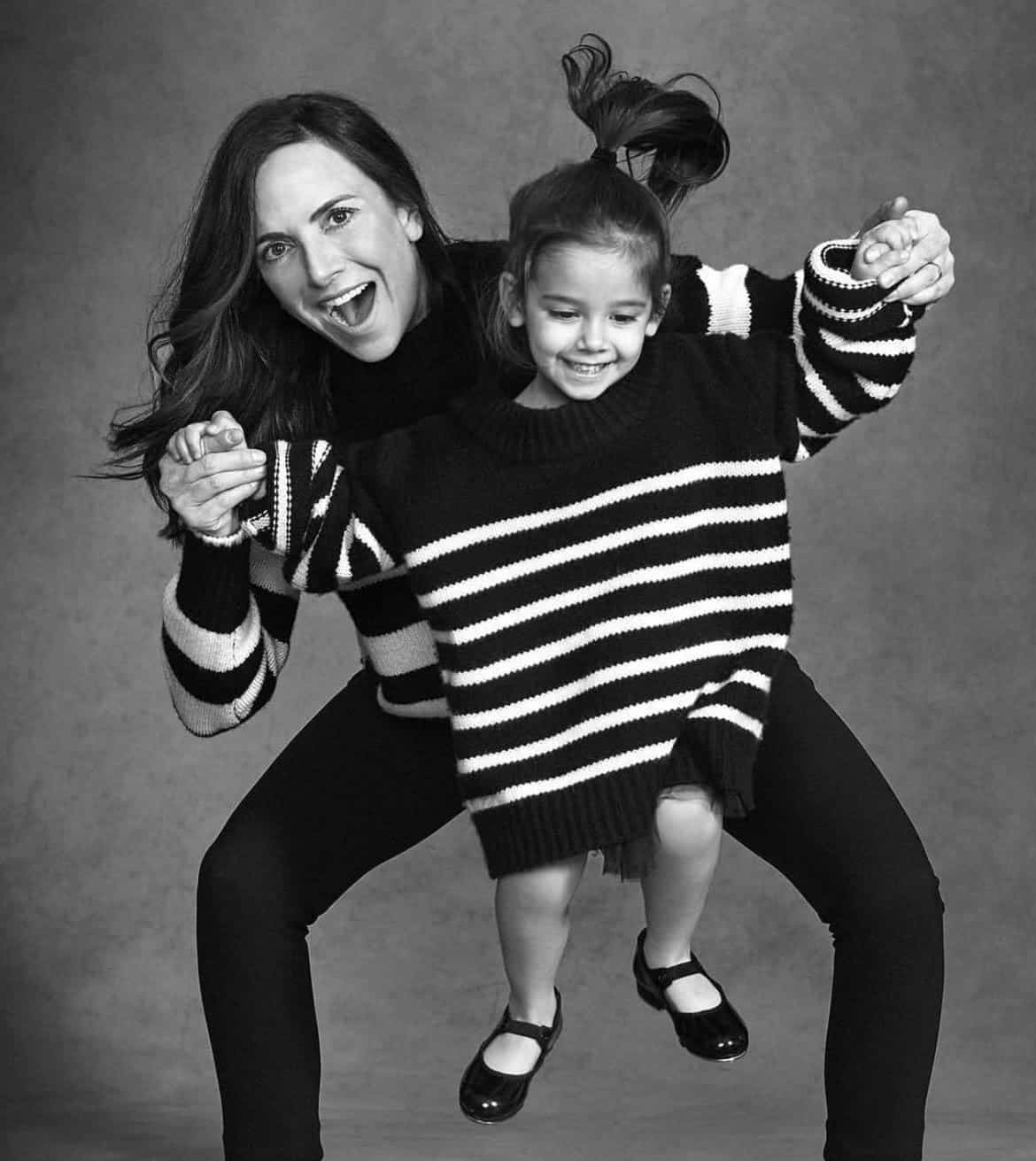 You got your start at CAA in L.A. after college. Did you know back then what type of career you wanted to pursue?
I had no clue! I graduated from Colgate with a Studio Art major and a Math minor. Every spring, I applied for a summer internship at The Met, MoMA, Sotheby’s, Christies, and all major galleries in NYC, and I was rejected every time. I took it as a sign and asked my dad for a plane ticket to somewhere as far away as possible. I landed at John Wayne airport in 1997 and eventually found my way to L.A. It was just me and B.A.B.S—aka, the ‘bruised and battered Saab’ my parents had bought me in 1990 as a graduation gift. Word to the wise, hopeful chants don’t get an old stick shift car up Mulholland Drive! While in L.A., I started interning for a production company called Original Film doing PA work on commercials. That is, until I was doing crowd control at Hard Rock Cafe one day and had to tell [Mötley Crüe’s] Nikki Sixx to wait outside because we were filming…let’s just say I never worked as a PA again.

Yikes! What happened next?
I soon discovered the Freidman Agency, an entertainment temp agency, and they told me there was a job open at a talent agency where I would be buying gifts for clients. I knew I was good at buying things, so I made sure to land that job!

You started at Vogue in ‘98. Do you remember what your first day as Anna Wintour’s assistant was like?
I moved to New York that summer and gave myself a couple weeks to get settled. My little sister and her best friend were there so I thought, ‘This is perfect, I can share a summer sublet with them.’ What I didn’t know was that it was going to be a one bedroom on 6th and Avenue C and I’d be sleeping on a futon! I arrived around midnight on a Wednesday, interviewed with Anna on the Friday, and started working as her first assistant the following Monday! I didn’t have time to think, let alone prepare. But I had trained under [CAA leaders] Bryan Lourd and Kevin Huvane, so I knew I could handle it and I am a quick study! 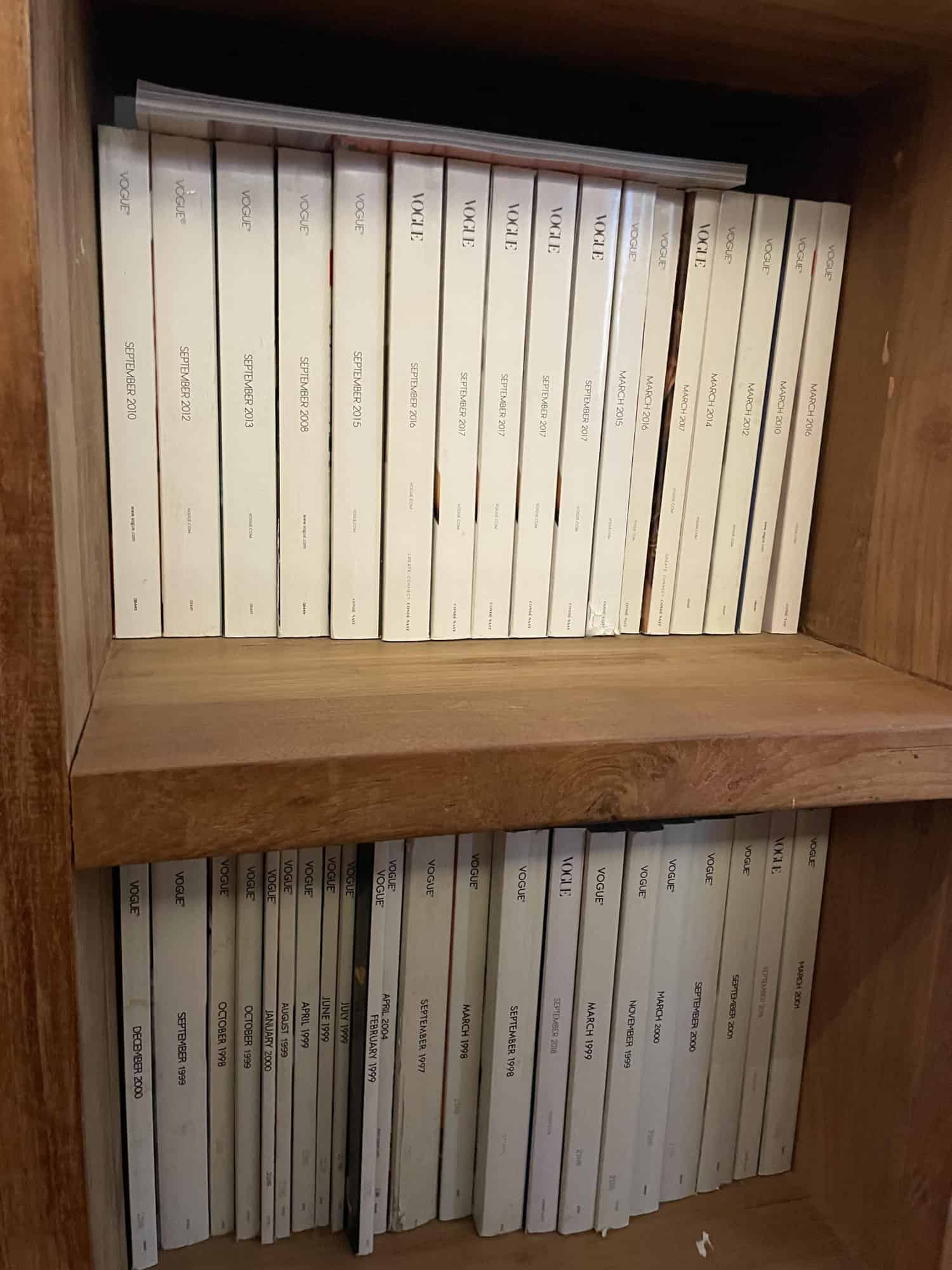 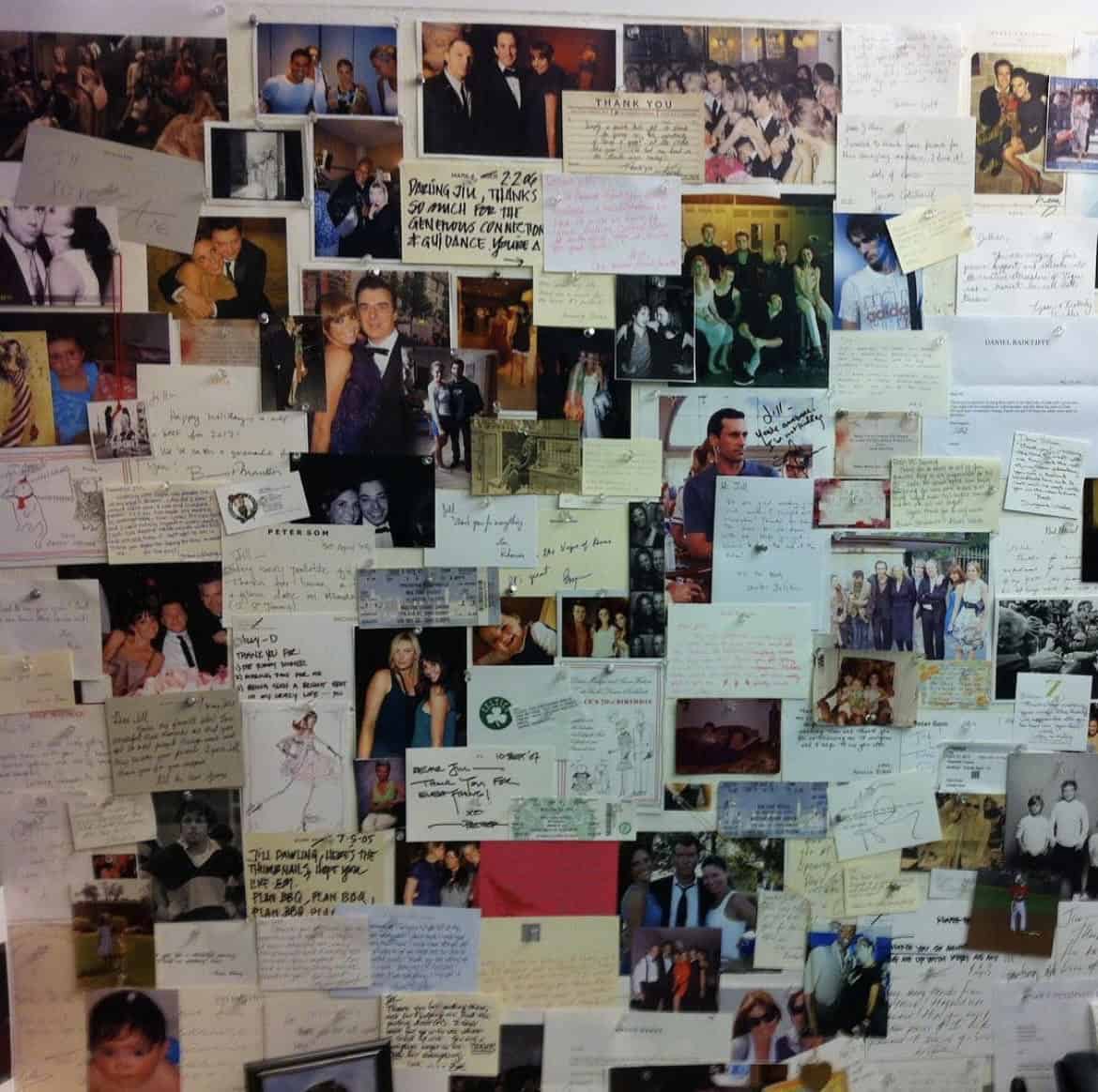 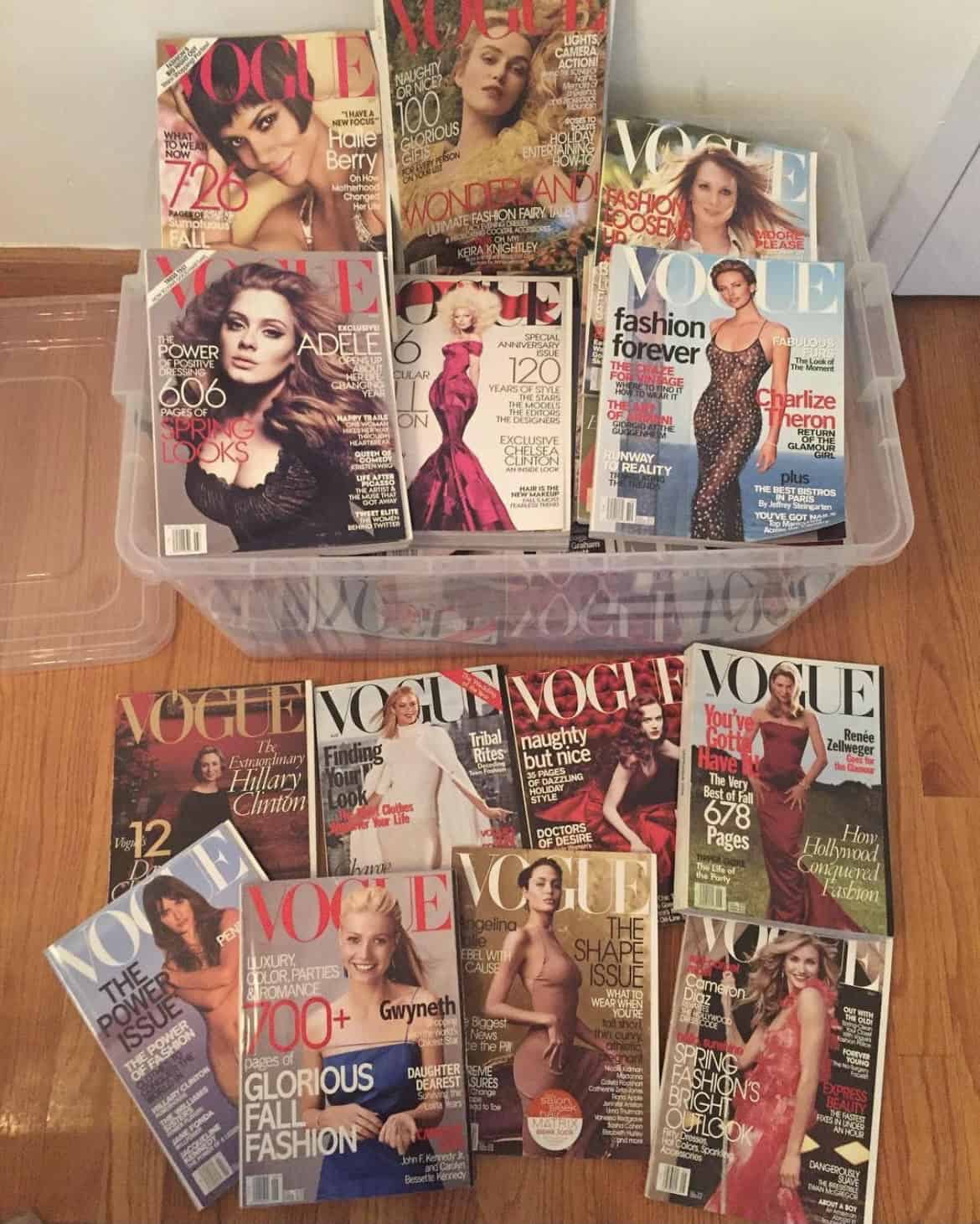 Before social media, how did you keep your fingers on the pulse of what moments and talent were going to become huge?
Reading—reading everything. I used to get every magazine and trade paper: Variety, Hollywood Reporter, Rolling Stone, Billboard, the New York Times, the LA Times, Paper Magazine, New York Magazine, The Village Voice. No social media site will ever replace the trade papers and the underground/indie magazines!

Have you kept every cover that you’ve ever been involved in?
I’ve kept every issue of Vogue since June 1998. I actually used to have two copies of each issue; one set in my office and one set at home. When I left Vogue, I realized there was no way I could keep them all in a 1,000 sq ft apartment with a dog and a toddler. I cherish my collection and I still test my skills by thinking of a specific story and guessing the issue. I have yet to be wrong—Bobby Fischer skills!

Tell us some high points of working with British Vogue over the last few years?
Oh my God, there are so many! Let’s start with getting to work with a genius. Edward and I worked together for years at American Vogue, and together we created some amazing stories—from the Jennifer Hudson cover to a trip to Puerto Rico with then-rising crooner Bruno Mars. Our work relationship led to a true friendship built on trust and collaboration. I am grateful every day to be working for and with him. But if I had to pick one? Beyoncé! Hands down.

The recent Adele cover was talked about all over the world. How does it feel when a cover becomes a viral moment like that?
Billie Eilish…Angelina…Beyoncé…Rihanna with TRUTH tattooed across her eyes…the Front Line workers! I don’t want to sound jaded, but with Edward, I am more surprised when a cover doesn’t go viral. 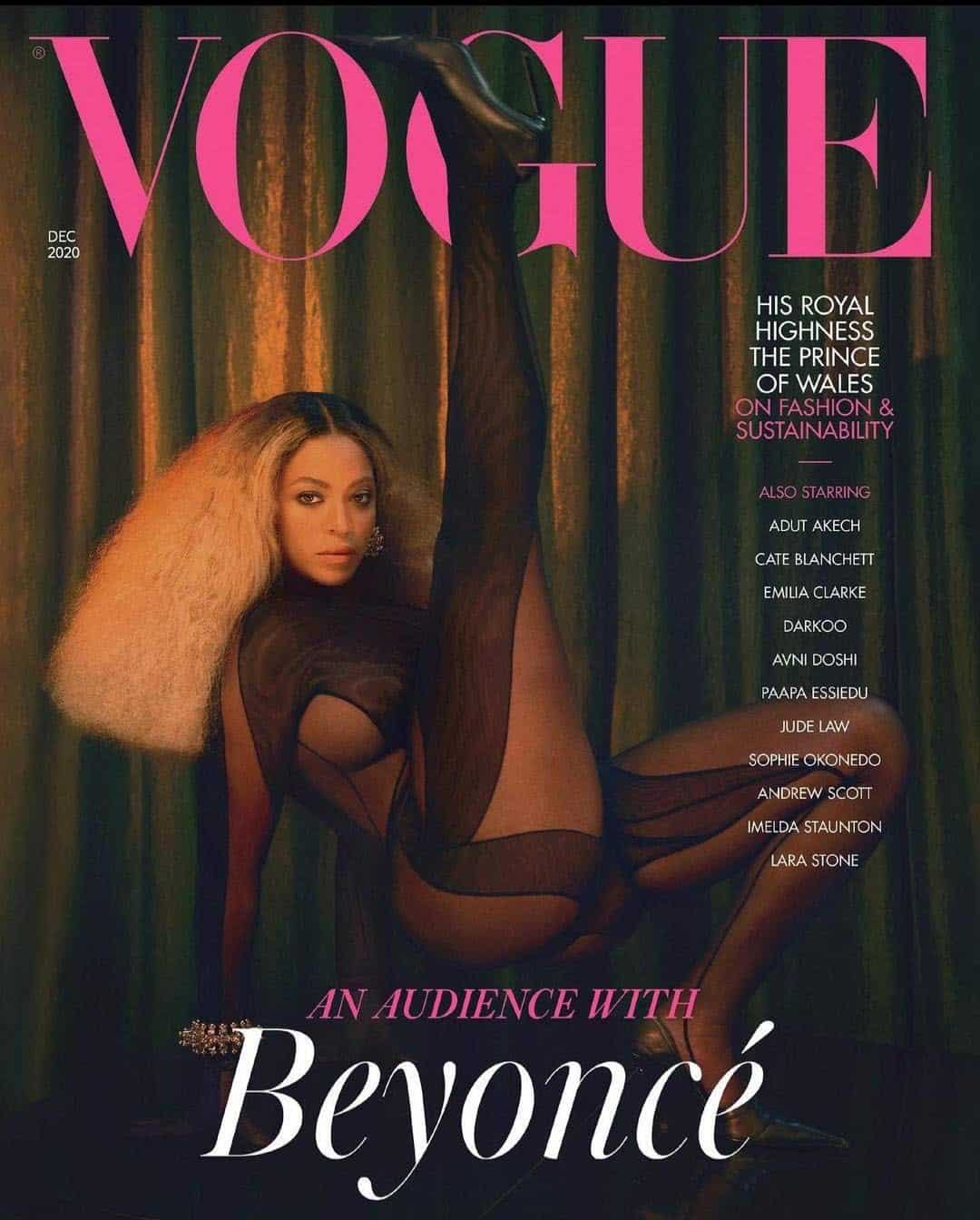 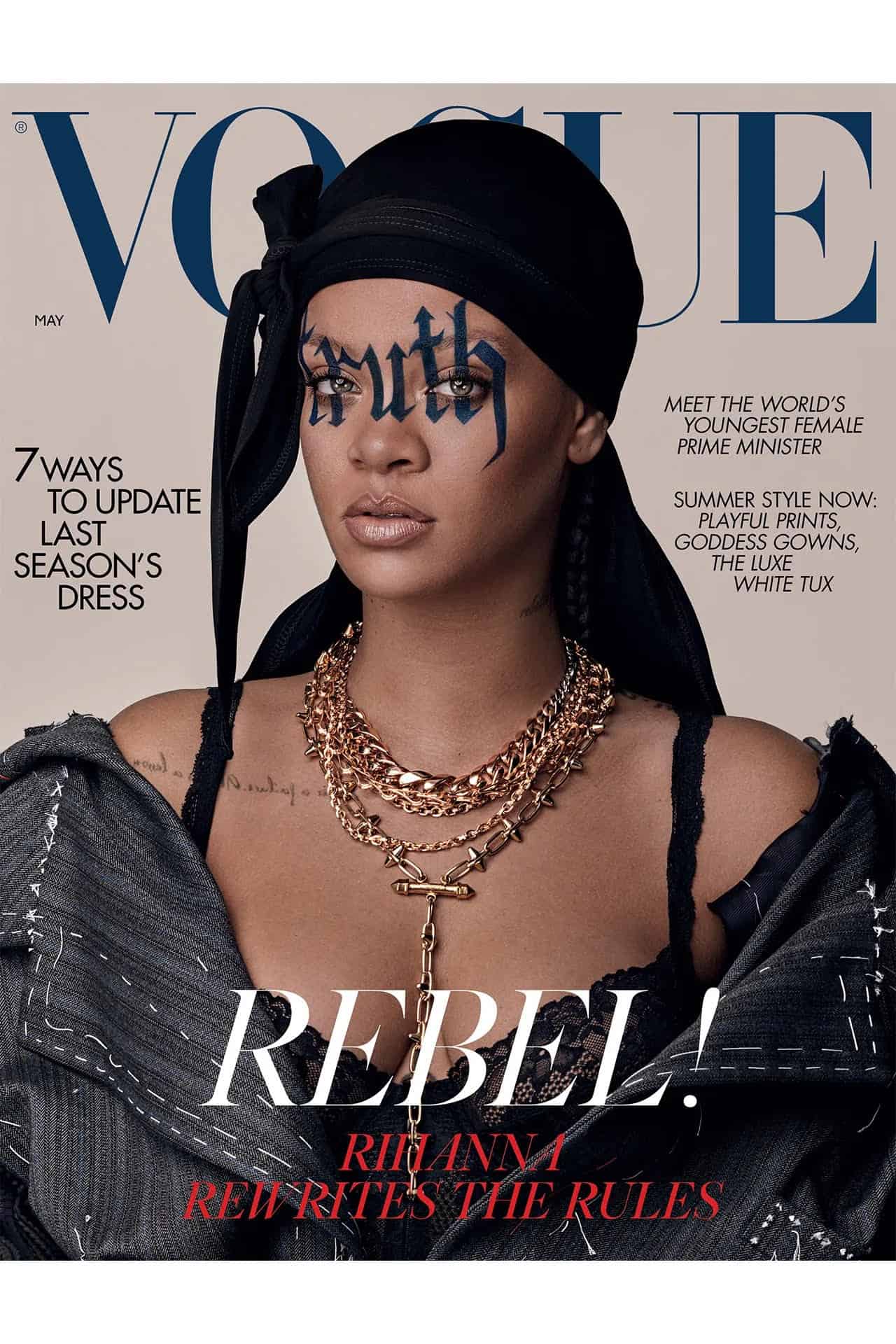 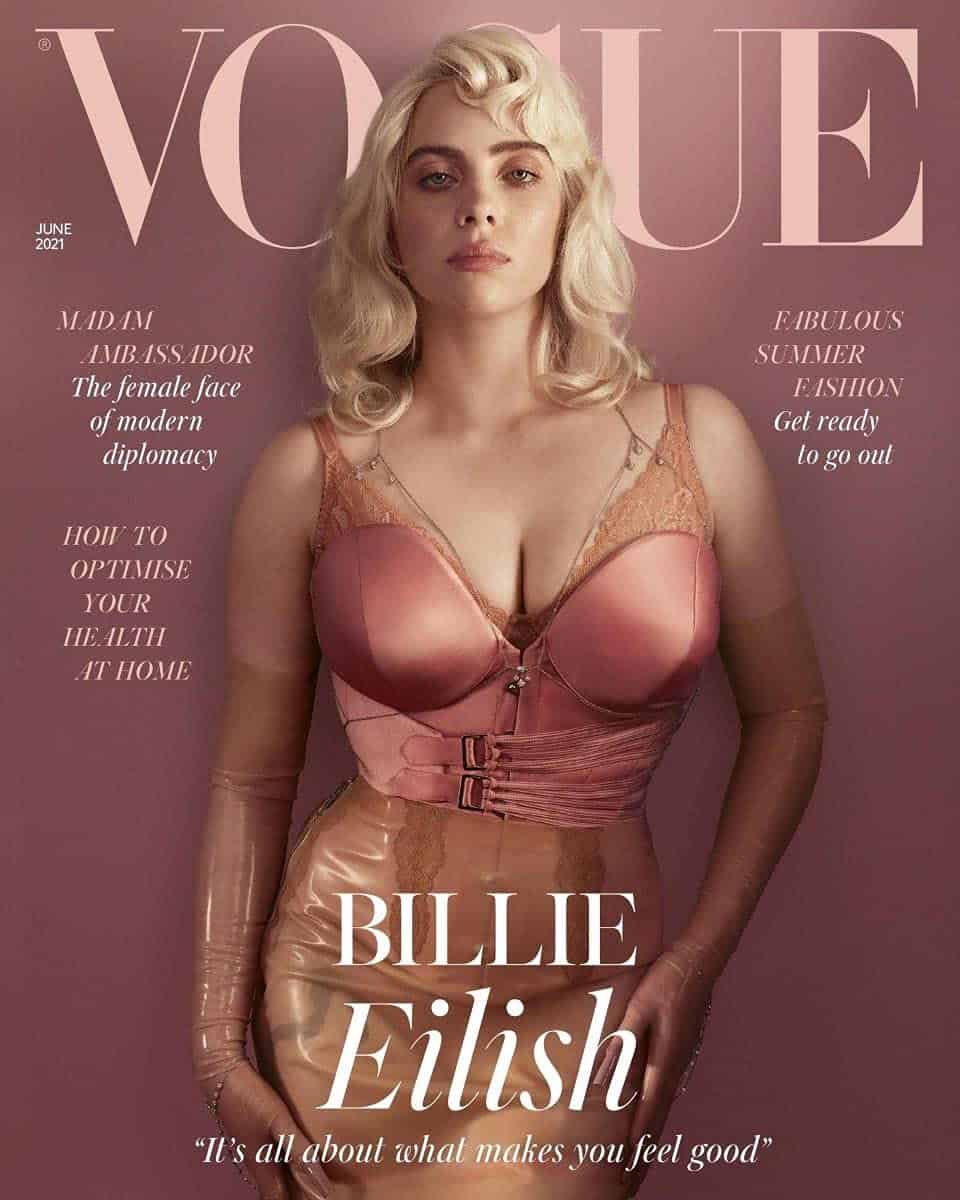 Speaking of Adele, I read she’s someone you really pushed to feature early on in her career. What is it about a certain talent that marks them apart as a future icon?
Absolutely! She came into my office and played me her first album, and I immediately knew that this girl in a sweatsuit with a messy side pony was the next coming. I used to say that the world won’t revolve without real talent being discovered. I feel that the universe will make sure to shine a light on remarkable talent, and my job was to be open to every opportunity to meet that talent. Take every meeting with an open mind, and more importantly, an open heart.

Do you remember the first magazine cover that ever captivated your imagination?
A cover that made me temporarily lose my breath was Edward Enninful’s “Apocalyptic Rihanna” shot by Steven Klein for W’s September 2016 issue. I vividly remember sitting at my desk at the time and immediately texting Edward and Amanda Silverman. I wrote something like, ‘Most genius cover I have ever seen in my life. I am dead.’  Edward talked about his inspiration for this cover, imagining  Rihanna as the last woman and last warrior on earth. I have booked so many covers in my 23 years at Vogue that it would be impossible to choose my favorite, but one I have always loved so much is Herb Ritts’ cover of Carmen Kass in a red one piece on a boat from May 2001. When this was shot I was just been getting my feet wet booking celebrity covers, and celebrity covers would soon replace model ones. But I will never forget that cover. Herb was like no other! 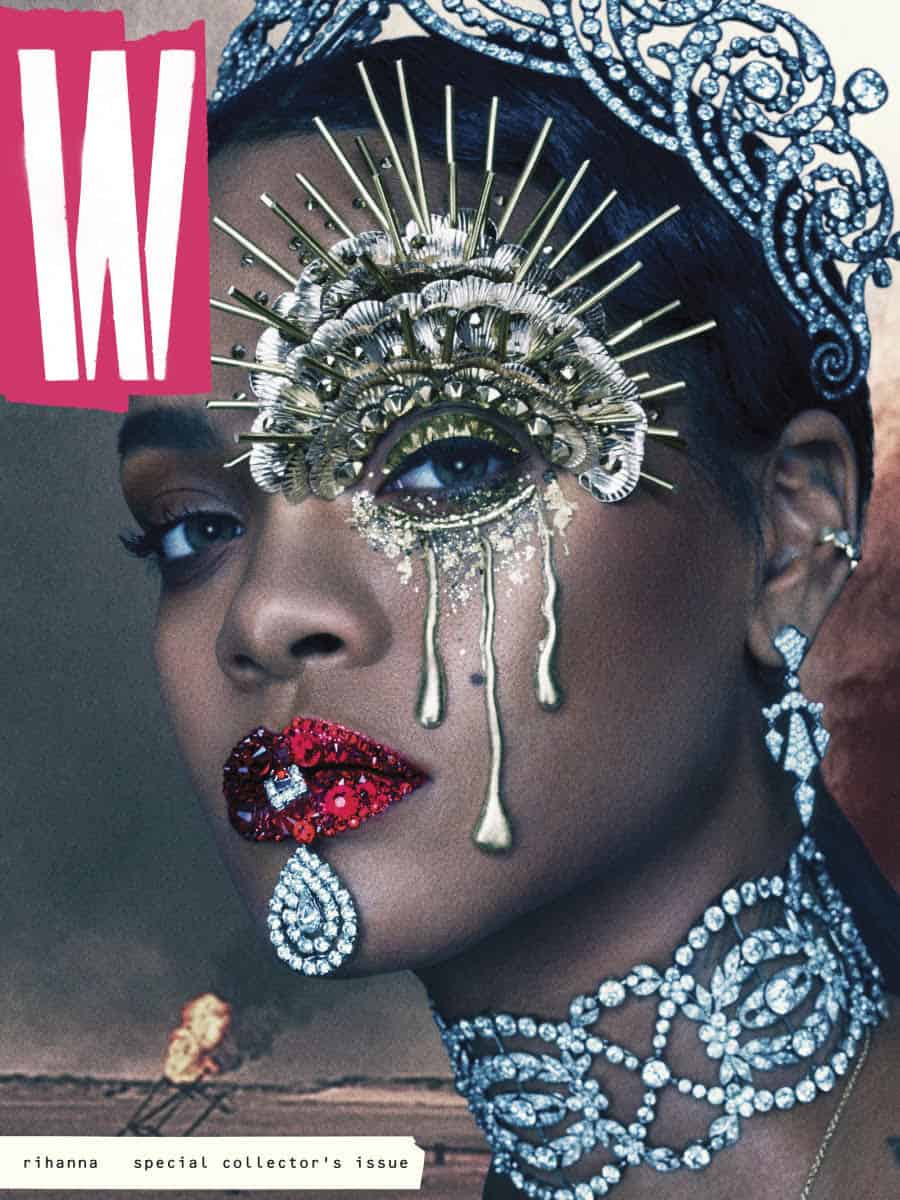 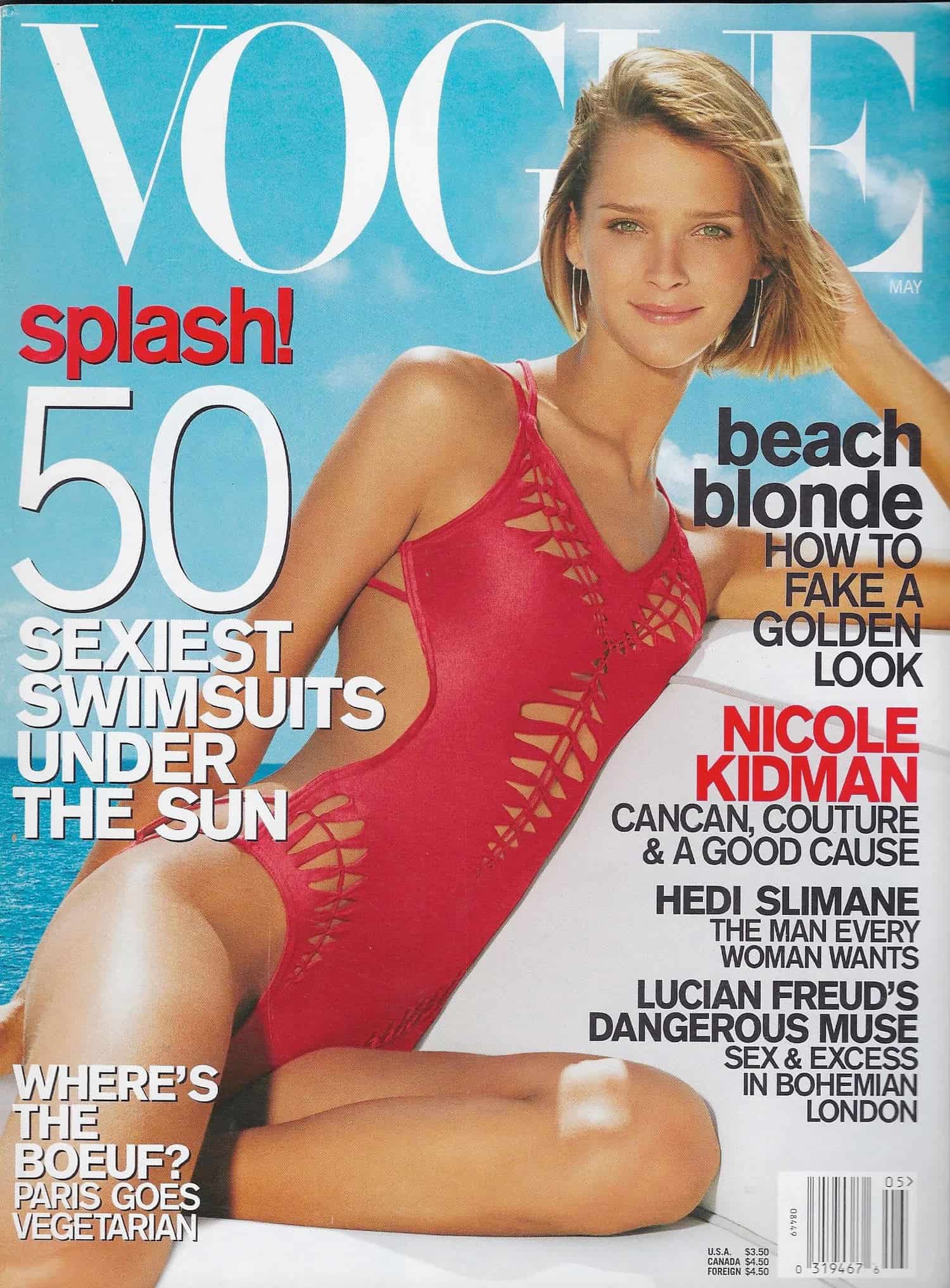 You wear many hats, from running your company to working alongside Vogue Hong Kong and British Vogue. Is there such a thing as a normal day-to-day routine for you?
I’m up by 5AM every day and most people I work with know that because they get my time stamped emails! I have always been a morning person—I had to be in the office by 6.45AM when I worked as Anna’s assistant. For British Vogue, Vogue Hong Kong, Vogue Singapore, and Vogue Greece, I feel I need to be available to them just like I am for my U.S. based clients. And I get more done between 5AM and 7AM than I think most people get done in their 9-5! Since I have a six-year-old who lives with me 50% of the time, waking up at 5AM gives me a couple hours before I need to get her to school. Otherwise, it’s all about the 6AM Tracey Anderson class and then I spend my day at my kitchen table Zooming, pitching, closing, researching, meeting, reading. And I love every minute of it.

Living in NYC, where do you like to go to keep inspired?
Between the theater, art, sports, the skyline, the noise, and the crowded streets: it’s hard not to be inspired living here!

How do you keep your ears to the ground about what’s happening and what’s cool these days?
Reading loads of online sites. I literally screen shot every profile I read and make sheets for my casting file. Many land in my
“Excited About” or “New Faces” folders!

Back to your scrapbooking roots! What are you most proud of in your career?
How I always fight for the underdog and never take ‘No’ for an answer. 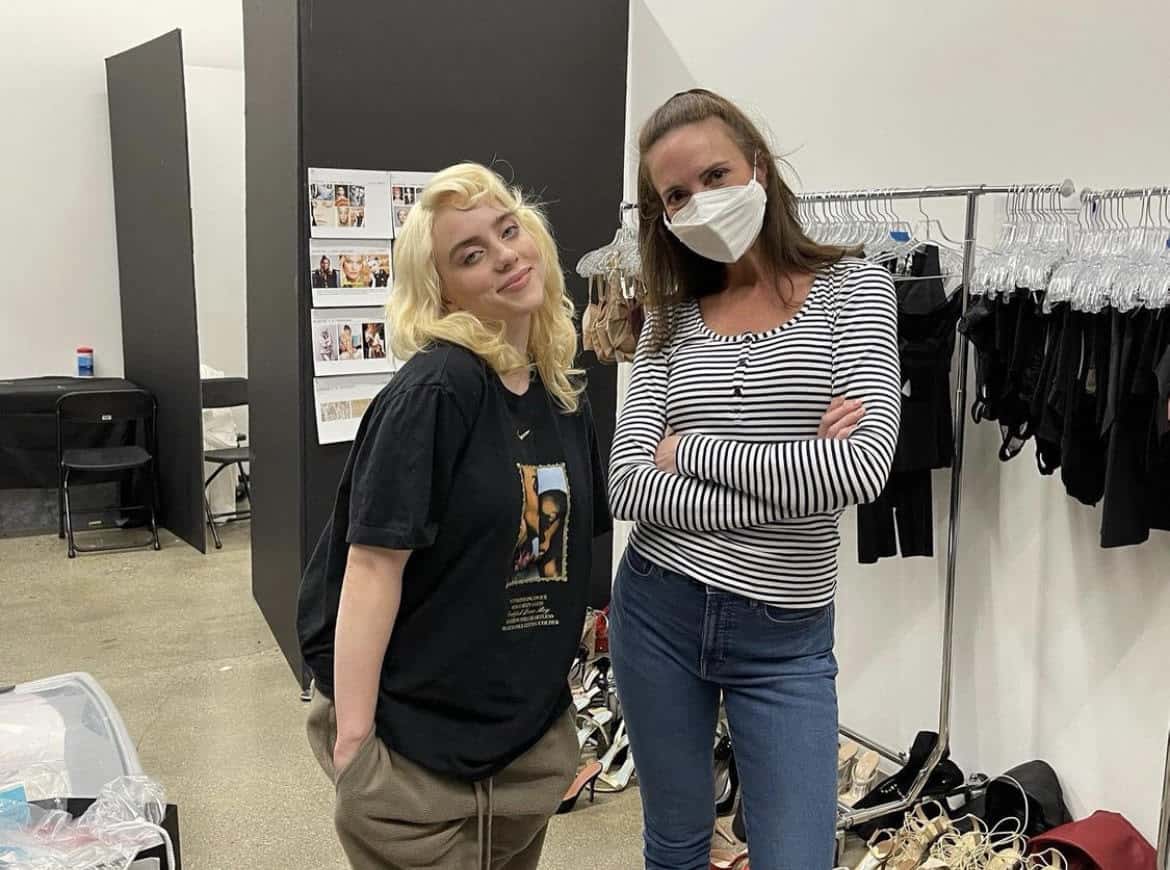 What’s your favorite thing about the work you do?
I love people! And I love seeing the pay off. Like when I support a young talent when they’re just starting out and no one knows their name—and then you see them find success and the whole world knows their name!

You’ve always got more up your sleeve…can you drop some hints about what you’re working on?
I definitely can’t share anything related to my editorial work, but I do manage this amazing talent named Elladj Balde. He is my one and only client and he is about to EXPLODE. The world is about to know his name!

What’s your goal for the remainder of 2021?
To make more time for myself and my daughter. I don’t think I have had a day off in 23 years!