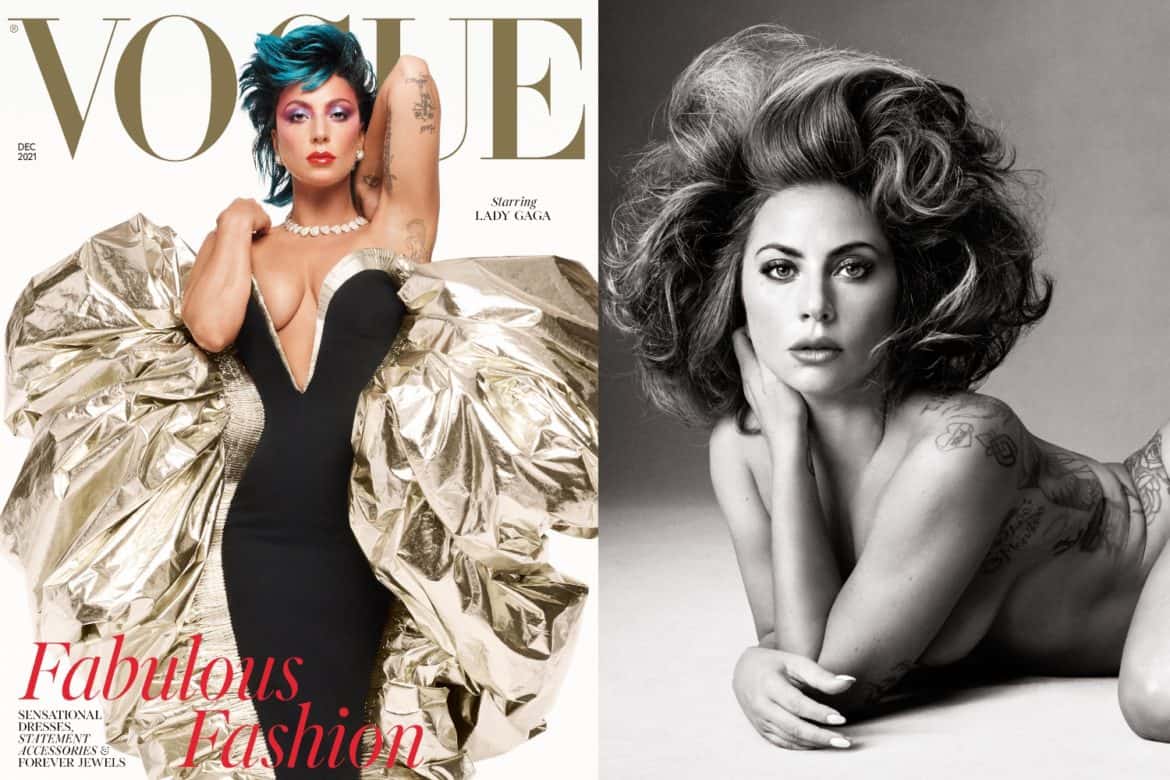 Patrizia Reggiani has notably been making headlines for quite some time, but when she sounded off to an Italian journalist about Lady Gaga playing her in the upcoming House of Gucci movie without coming to talk to her first, her disdain certainly generated some tabloid inches. In a new cover story interview for British Vogue, unveiled today, Lady Gaga seeks to clear things up.

Having been totally immersed in the character, who was convicted of arranging to have her estranged husband killed, for the past few years, the actress said: “I only felt that I could truly do this story justice if I approached it with the eye of a curious woman who was interested in possessing a journalistic spirit so that I could read between the lines of what was happening in the film’s scenes. Meaning that nobody was going to tell me who Patrizia Gucci was, not even Patrizia Gucci.”

Gaga goes on to tell Giles Hattersley that her unwavering commitment to the role consumed her to the extent that she didn’t see family and was unable to think about life outside of the film set. The Oscar winner said: “It is three years since I started working on it and I will be fully honest and transparent: I lived as her (Reggiani) for a year and a half. And I spoke with an accent for nine months of that. Off camera, I never broke. I stayed with her. The 35-year-old also detailed why she dyed her hair the same chocolate brown color as La Gucci: “It was nearly impossible for me to speak in the accent as a blonde.”

The Guccis’ lavish life and taste for the finer things has been widely documented, and it was a tool Gaga used when creating the layers of her character (audiences may forget too that this is only her second movie role ever!).

“I started to live in a way whereby anything that I looked at, anything that I touched, I started to take notice of where and when I could see money,” she said. “I started to take photographs as well. I have no evidence that Patrizia was a photographer, but I thought as an exercise, and finding her interests in life, that I would become a photographer, so I took my point-and-shoot camera everywhere that I went. I noticed that Patrizia loved beautiful things. If something wasn’t beautiful, I deleted it.”

When asked if she would consider meeting Maurizio Gucci’s ex-wife when the hype around the film dies down, she said: “I’m not entirely sure…” and later adds: “Who I care the most for in this process are her children, and I extend to them love and compassion that I’m sure this movie coming out is tremendously difficult or painful for them, potentially. And I wish nothing but peace for their hearts. I did my very best to play the truth.”

The highly-anticipated Ridley Scott picture hits theaters on November 24. In the meantime, Gaga will be doing what Gaga does best—”Serving painful Italian glamour from within,” as mentioned to the crew on set.

To whet your appetite, feast your eyes on said glamour, here.