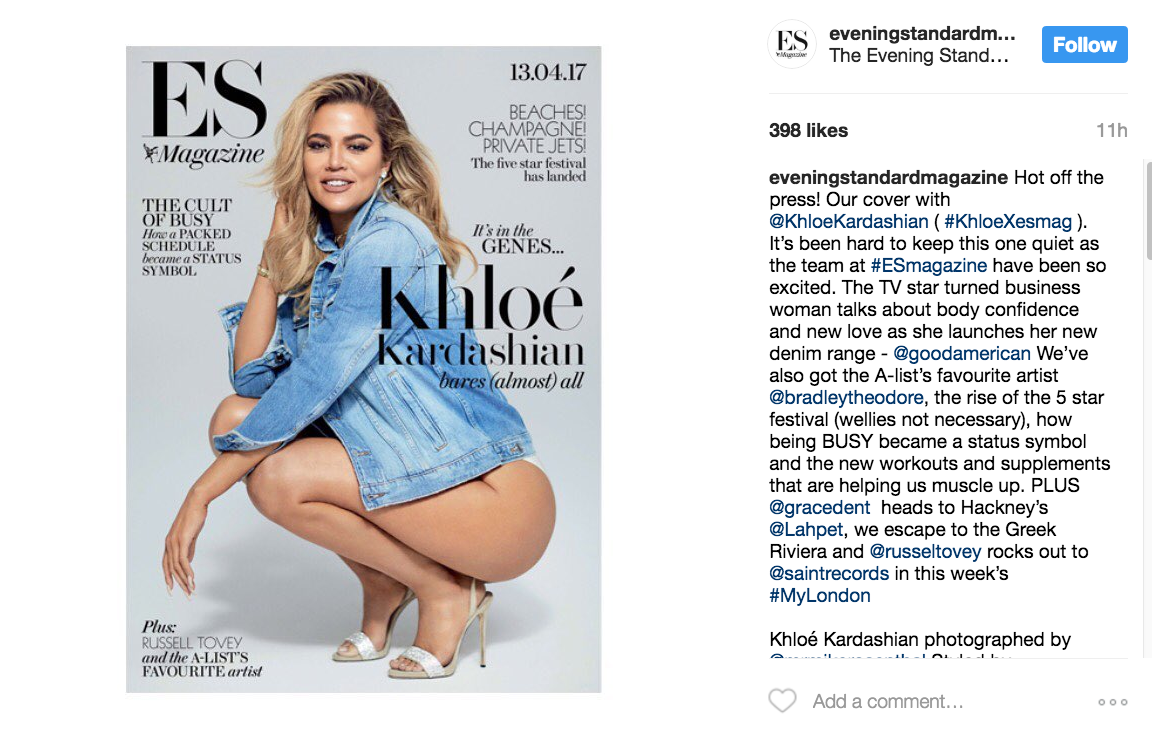 Evening Standard, the London-based magazine, announced on Instagram that Khloé Kardashian is its newest cover star. The Keeping with the Kardashian star goes pants-less for the shoot, wearing just a denim jacket and slingback heels, and in an interview opens up about body confidence, why she started her denim line, Good American, dating in the public eye (she’s currently linked to basketball player Tristan Thompson), and her cultish workouts that led to her new E! spinoff show, Revenge Body, to name a few. She also comments on dealing with Caitlyn Jenner‘s transition: “I didn’t appreciate how it was handled and how we found out more in the media than from Cait. But you know what? There’s no handbook to all that. I don’t know what she’s going through and I don’t know how anyone is supposed to handle that situation; I feel for Kendall and Kylie.” News broke earlier this week that Jenner underwent gender confirmation surgery.

Perhaps Kardashian’s most quotable piece from the interview, which has gone viral on the internet today, is her on whether she would walk down the aisle again if Thompson proposed (her divorce to Lamar Odom finalized at the end of 2016). “Yes I would.” Time will tell! 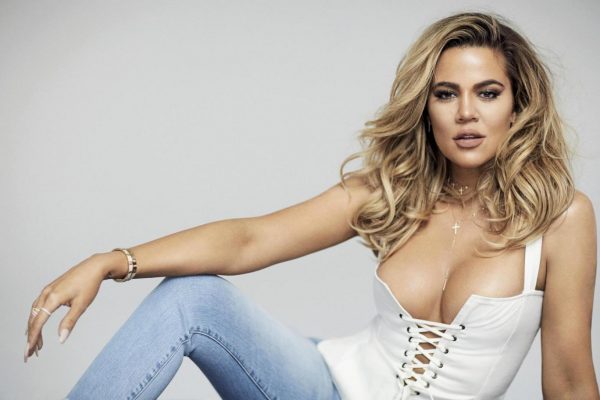 Kim Kardashian on That Time She and...