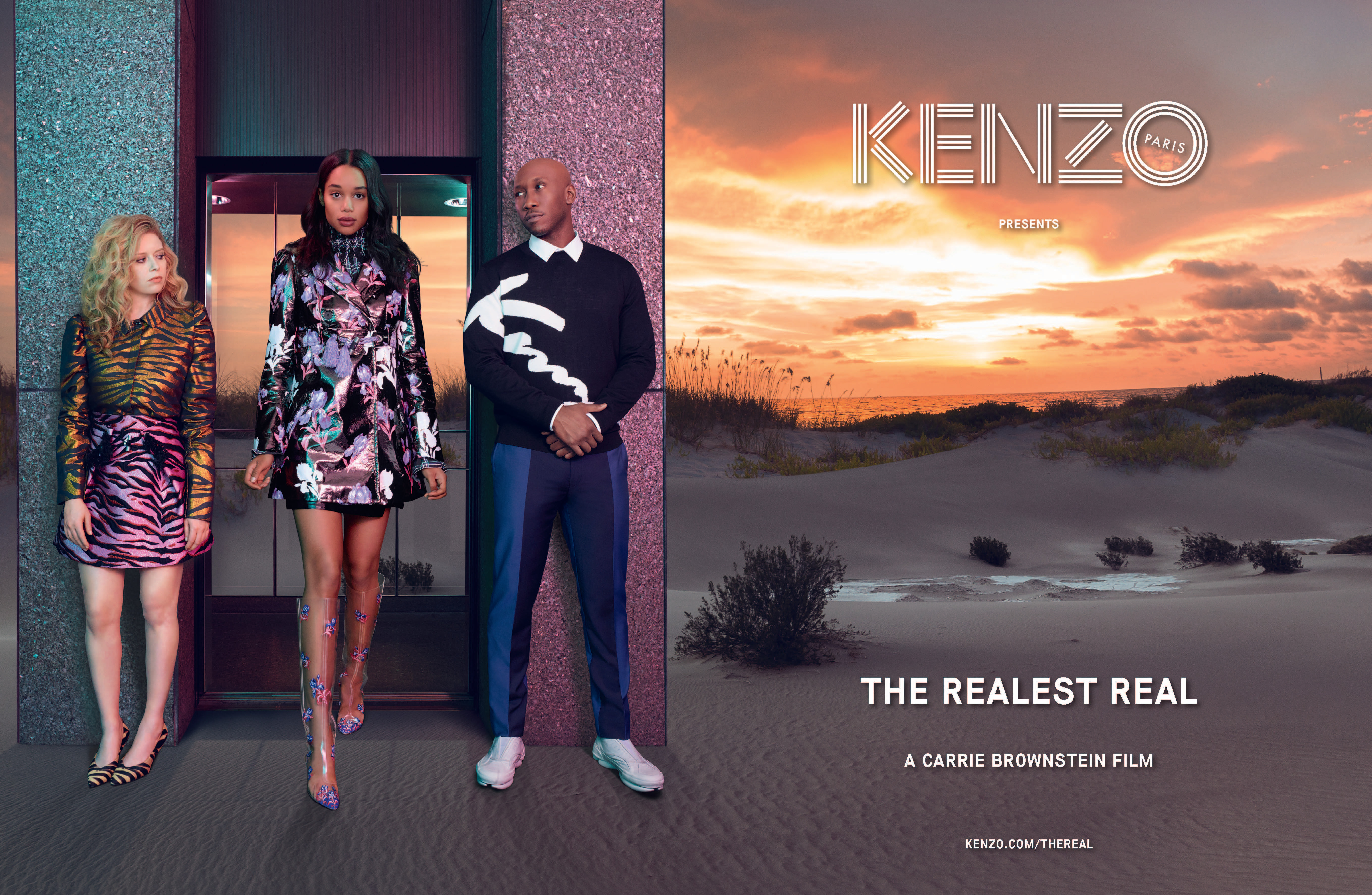 Kenzo’s Carol Lim and Humberto Leon have unveiled their third film collaboration with a writer/director to bring their designs to life. This season, the duo brought on Carrie Brownstein, a true renaissance woman, formerly of the bands “Sleater Kinney” and “Wild Flag” and now known as a writer, actress, director, and comedian in the Emmy award-winning show Portlandia alongside SNL alum Fred Armisen. Brownstein’s short film for Kenzo, The Realest Real, is a commentary on the world of social media and how it increasingly blurs the reality between ordinary and famous with the here today, gone tomorrow fickleness of today’s online, plugged-in world.

The film stars Laura Harrier, Mahershala Ali, Natasha Lyonne, Kim Gordon, and Rowan Blanchard, and will debut on September 12 during New York Fashion Week. The campaign images that accompany the film were shot by photographer Mark Peckmezian and were created to imitate film posters that illustrate the stars exiting a real life office space into hyperreal scenery. Dear Carol Lim and Humberto Leon, we are anxiously awaiting a full-length film collab.

In case you haven’t seen them, be sure to check out Kenzo’s wonderfully weird film below (the designers are David Lynch fans, after all) by writer/director Gregg Araki for Here Now, which shows off Kenzo’s Fall/Winter 2015 collection, and writer/director Sean Baker (of Tangerine fame) for Snowbird for the brand’s Spring/Summer 2016 collection.