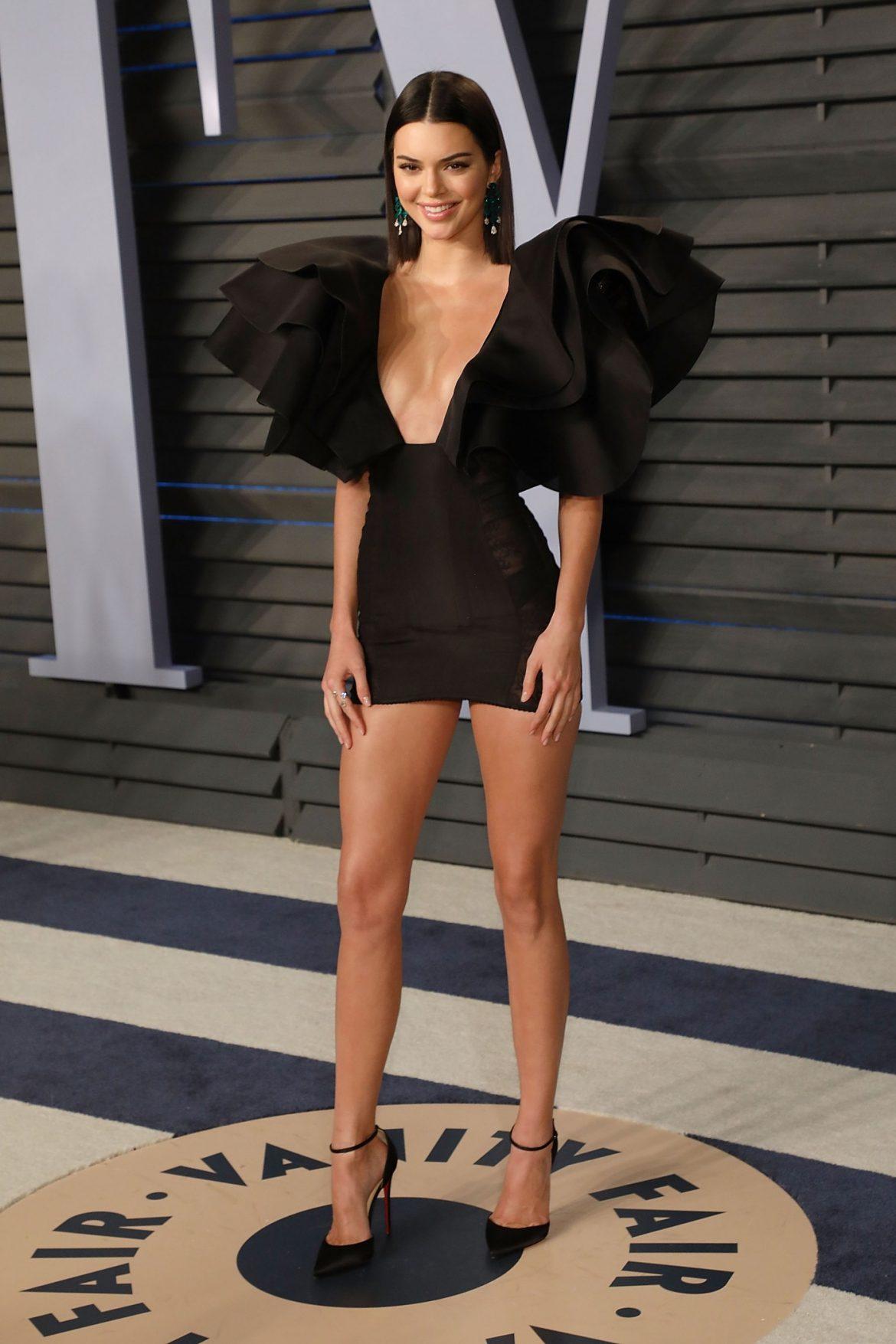 Kendall Jenner Was Hospitalized Ahead of the Oscars (Page Six)
Kendall Jenner was hospitalized just hours before she attended the Vanity Fair Oscar party on Sunday. The 22-year-old model was reportedly preparing for the bash with an IV vitamin drip when she suffered a bad reaction to the mixture. The model was treated at Cedars-Sinai in Beverly Hills.

Margot Robbie’s Oscar Dress Took 550 Hours to Make (Vogue Paris)
Newly minted Chanel ambassador Margot Robbie experienced the lap of Chanel luxury first hand on Sunday. According the Vogue Paris, the actresses’ bespoke Chanel haute couture dress was designed by Karl Lagerfeld himself and took over 550 hours to assemble. The gown was made of white georgette, overlaid with a delicate string of 3D camellia embroideries and pearls and featured an asymmetrical hemline. Its skirt was layered georgette and ultra-fine muslin. Naturally the look was finished with Chanel jewelry and makeup. “It’s a dream to represent such a timeless and iconic brand. The history of the Chanel woman is so exciting and the brand has remained such a power feminine standard of style,” Robbie said of her entrée into Chanel ambassadorship. “I’m thrilled to be joining the Chanel family and continue their celebration of women and fashion.” 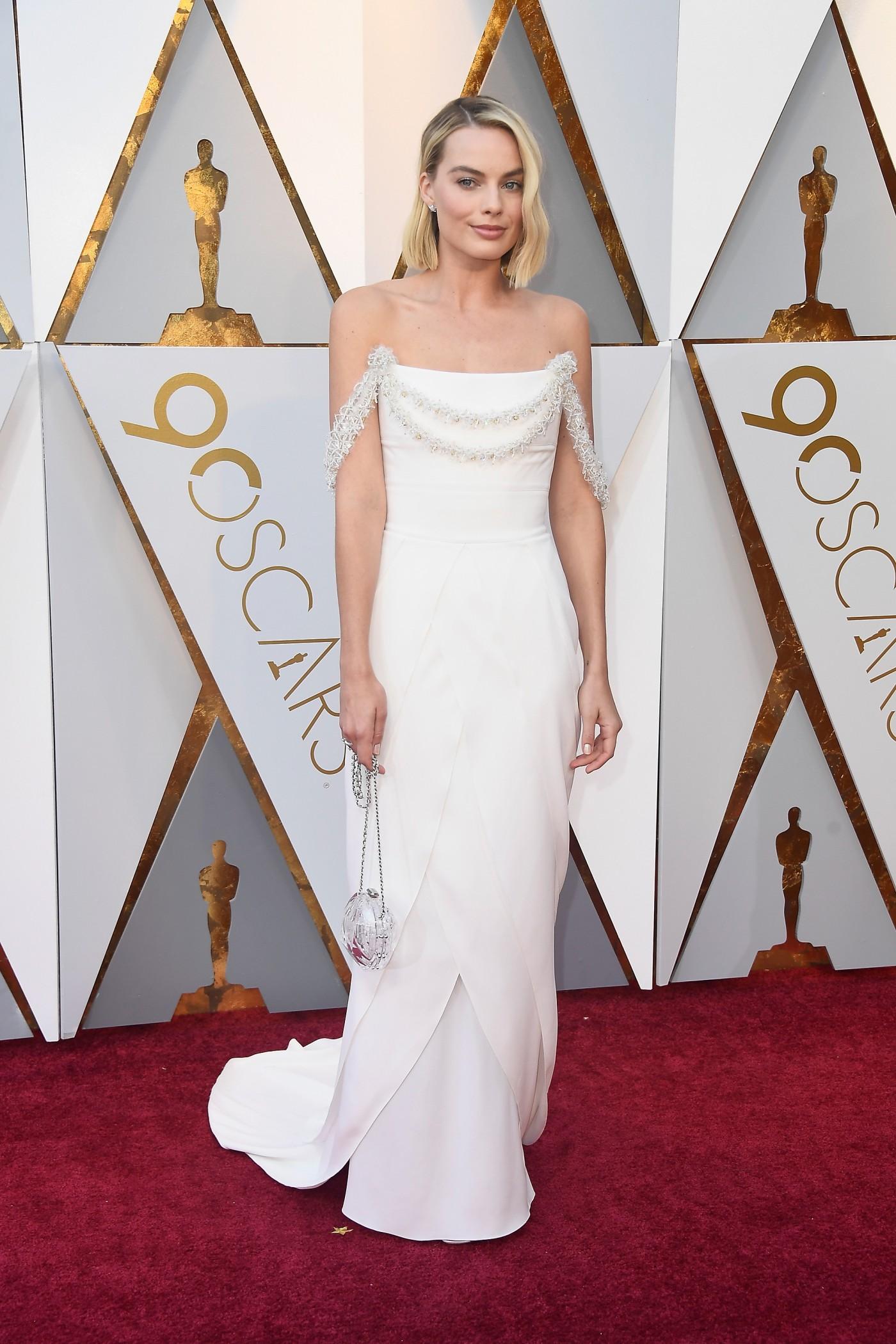 Margot Robbie in Chanel at the 2018 Academy Awards (Getty Images)

Ryan Seacrest’s Apparel Partners Are Sticking By Him (WWD)
Ryan Seacrest’s fashion partners are staying by his side in light of allegations of sexual misconduct by his former personal stylist Suzie Hardy. “As a major stakeholder in his apparel business, I’m not concerned. We’re 100 percent in and we have no hesitation to continue to commit,” said David Katz CMO of Randa Accessories, the company that brought Ryan Seacrest Distinction to the market. Ryan Seacrest Distinction is the line of tailored suiting, home furnishings and sportswear the talk show host launched with Macy’s four years ago. Though Macy’s declined to comment, it seems the ongoing partnership is weathering quite well under the circumstances. Katz said, “The product has had some of its best sell-throughs in the last two weeks.”

Victoria Beckham Gets A New Chairman (WWD)
Industry veteran Ralph Toledano (no relation to Sidney Toledano) has been named chairman of Victoria Beckham Ltd. Toledano will work closely with the team to nurture the brand’s creative vision, and help prepare the business for its next phase of growth, the company said. “I was fascinated to meet with Victoria – an artist, designer, and entrepreneur – who remains driven in her ambition for her brand. She is at the forefront of the shifting and increasingly digital fashion landscape and, having established her brand vision over the past decade, is now uniquely positioned to communicate this vision directly to her customers,” Toledano told the paper.

Beauty Blogger Speaks Out After Being Cut from L’Oréal Shoot For Having Acne (i-D)
Last week,  21-year-old beauty blogger Kadeeja Khan was told she was being cut from a L’Oréal shoot because the cosmetics brand “can’t be involved with people with skin issues.” When she posted the exchange on her Instagram, her 141k followers were not very happy.

Khan spoke about the experience Tuesday to i-D. “Even though they apologized, I felt like they were just trying to brush it off and say that it was just a mistake and that they really were a good brand…But what they wrote to me can’t be changed; they made me feel like shit,” Khan wrote. L’Oréal has yet to respond publicly on the matter.

Alexander Wang Ditches Models for Latest Campaign (Fashionista)
Alexander Wang has gone model-free for his spring 2018 ad campaign, though his #WangSquad isn’t totally uninvolved. “For our spring 2018 campaign, I wanted to give creative power to the women that inspire me, letting them choose the pieces they wanted to wear, wherever they wanted to wear them. To have the prolific Albert Watson photograph the clothing or item as a study after the subject wore it felt especially timely, removing her from the photograph but retaining her vibrant spirit; highlighting the beauty of an object and hopefully igniting imagination for the audience,” the brand’s official statement reads. The designer name-checks his  muses Kaia Gerber, Zoe Kravitz, Behati Prinsloo and others — to show us #WhereIWang. With every garment or accessory is a quote peeking into the wearer’s life: “Drank wine, smoked weed in the Bahamas,” says Kravitz alongside a “Secret Location” party crown; “Impromptu after party on the beach in Malibu,” recalls Gerber for her pair of scuffed-up heels; “No idea what time I left,” reveals Anna Ewer of her Wang slip dress. 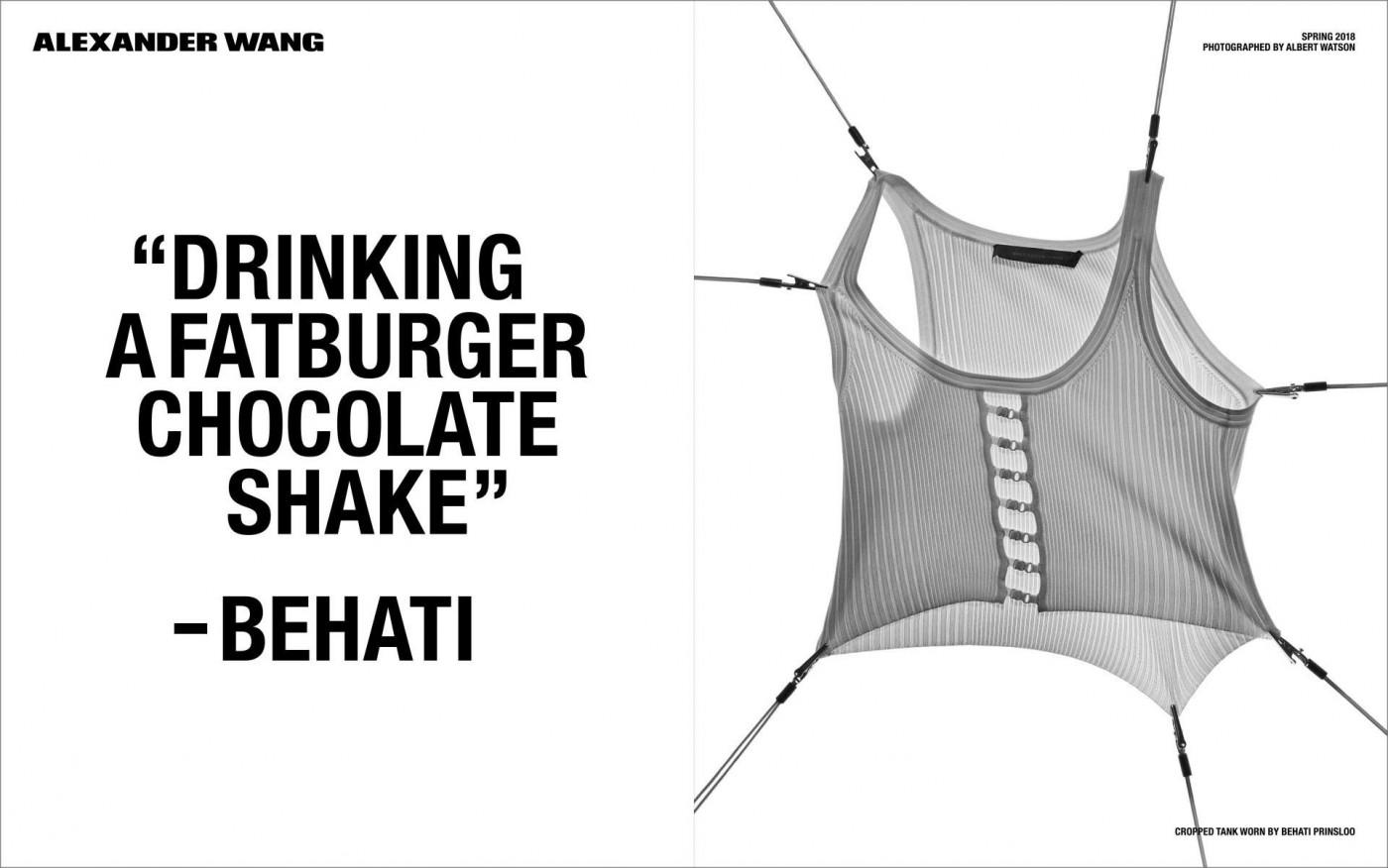 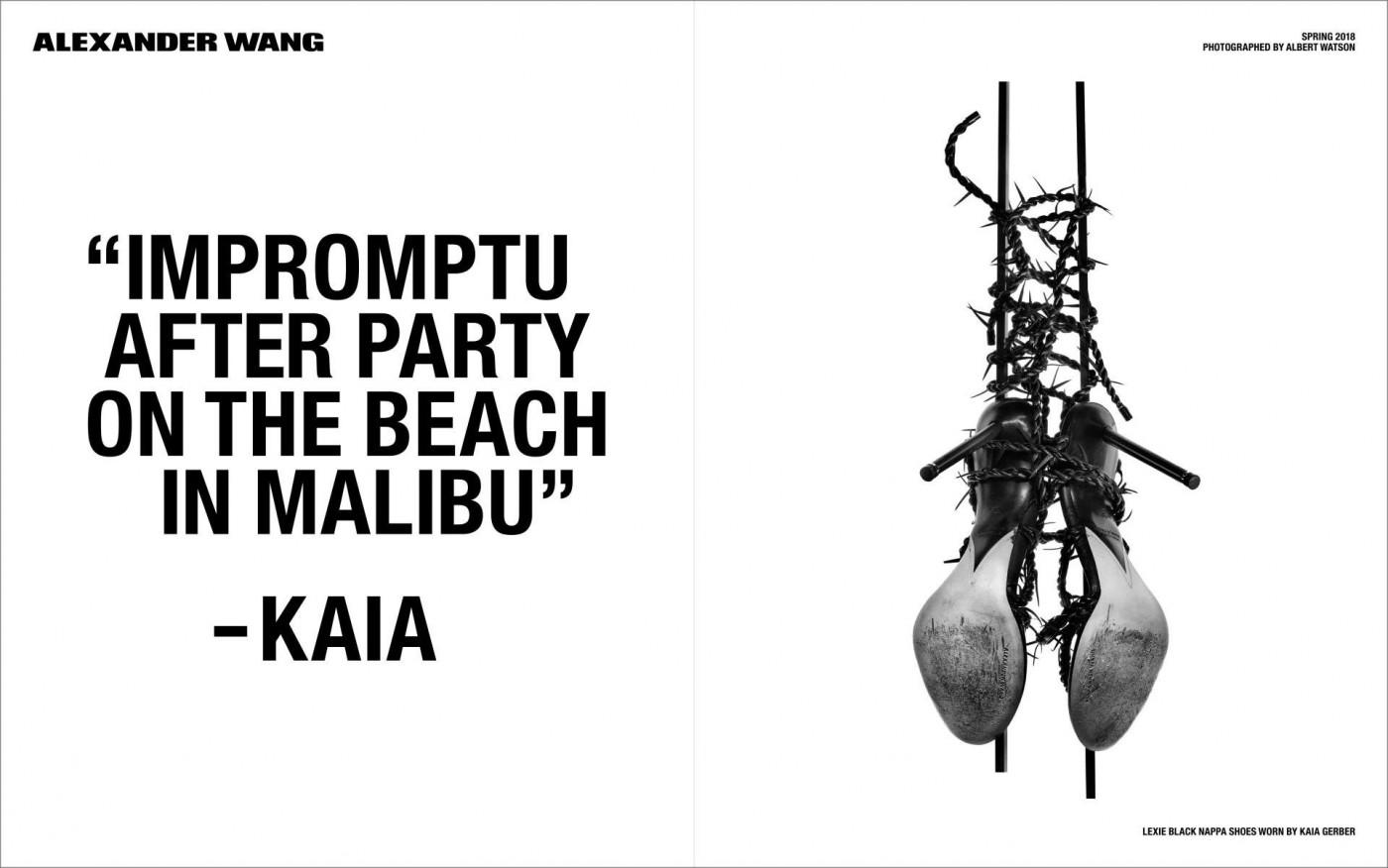 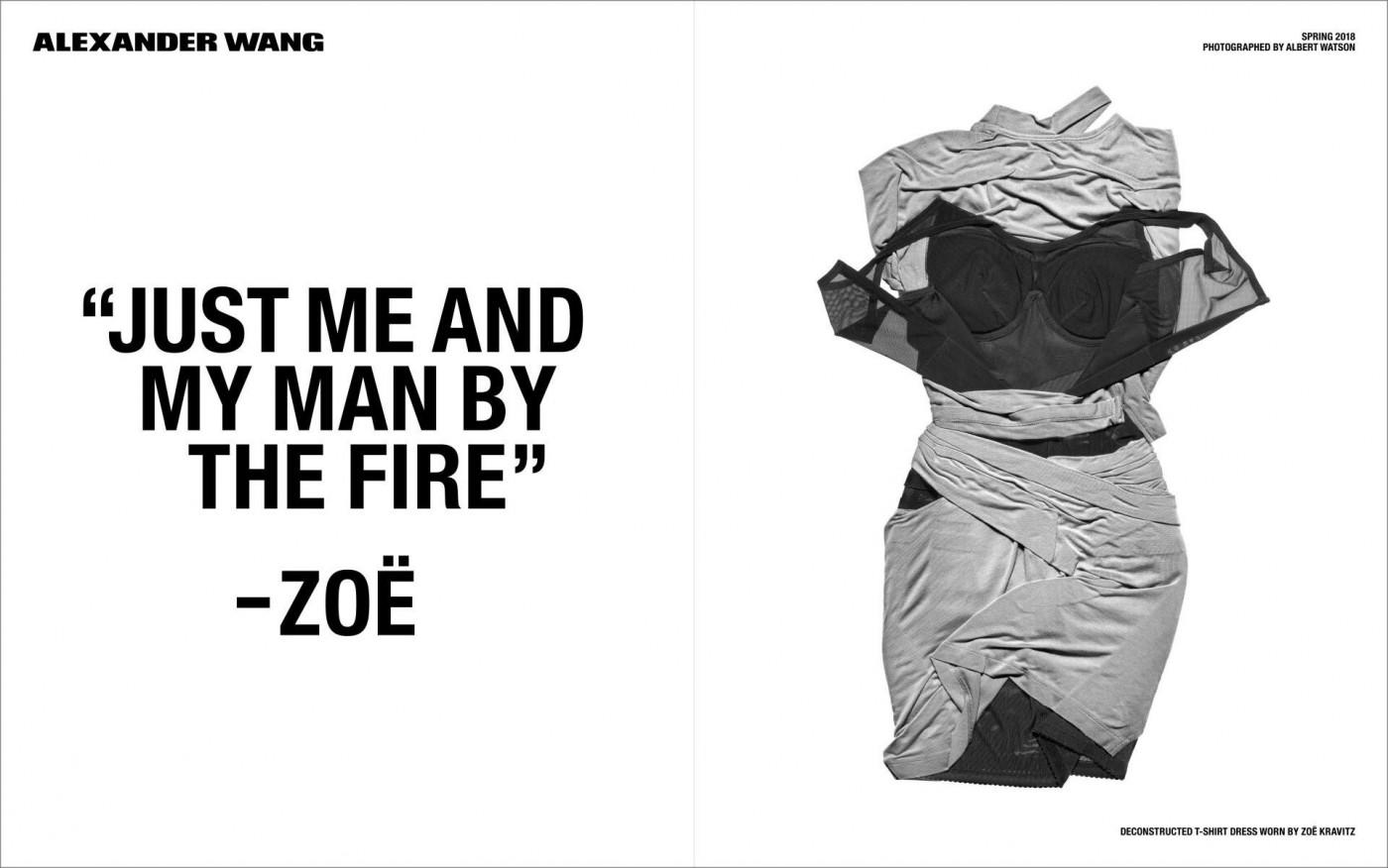