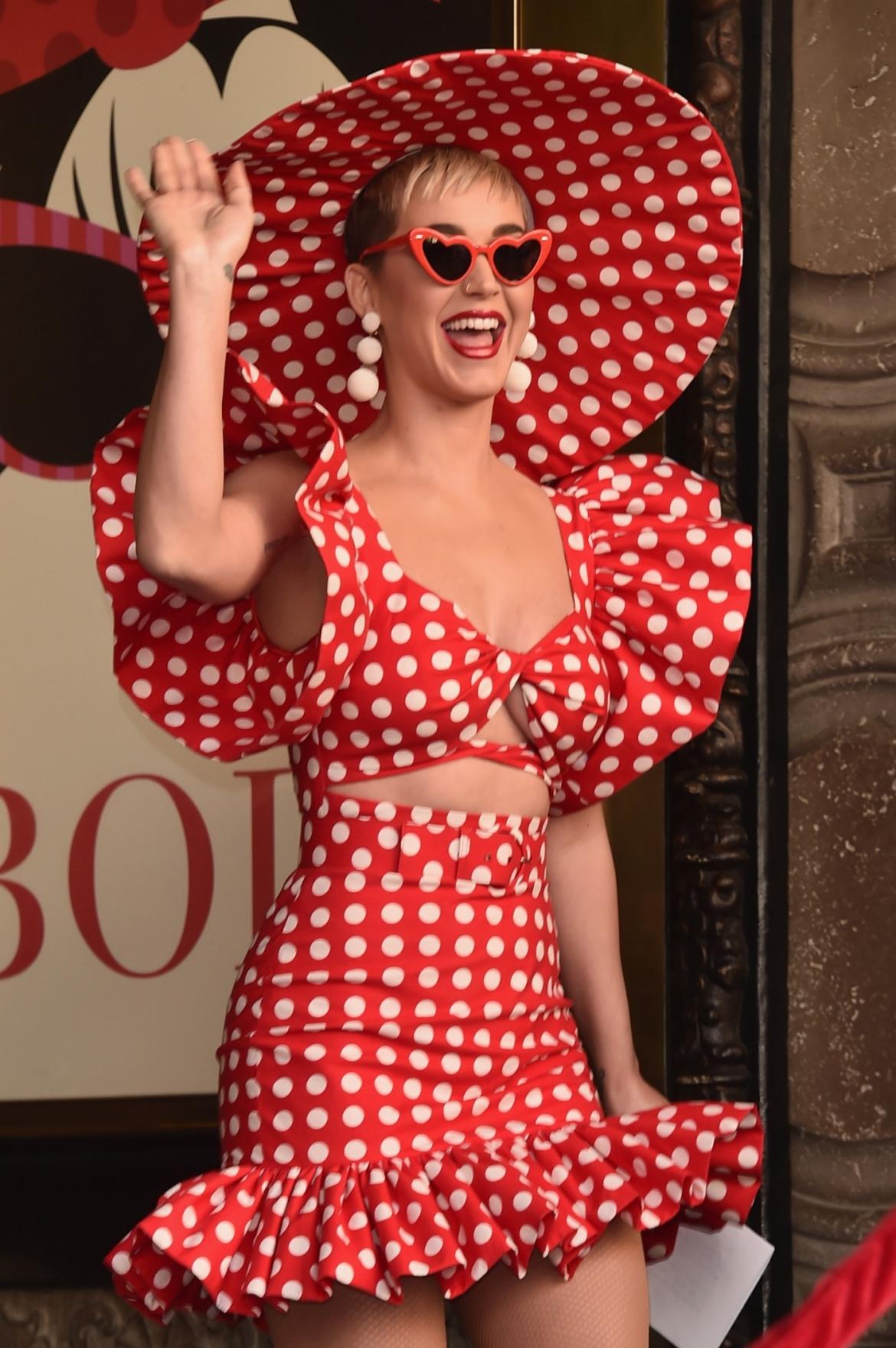 Katy Perry and Orlando Bloom Are Reportedly Back Together (The Sun)
It looks like one of your favorite celebrity couples are back together just in time for Valentine’s Day! Or are they? “They’re back on,” a source told The Sun. “Katy wants to make things work this time around. She tried, but she couldn’t cut him off. She cares too much about him. This time, they’re keeping things low key—but they’re back together.”

Jason Wu Shows Last Collection For Hugo Boss (Vogue)
Yesterday’s fall 2018 Hugo Boss show will be the last for Jason Wu, who has been at the helm of Boss’s womenswear division for the past five years. Moving forward, Wu plans to focus on his namesake brand. “I’ve learned a lot from working for an international brand,” he told Vogue. “I started my line when I was 24, and now I’m 35. I’m going to bring this knowledge into the next phase of my career.” 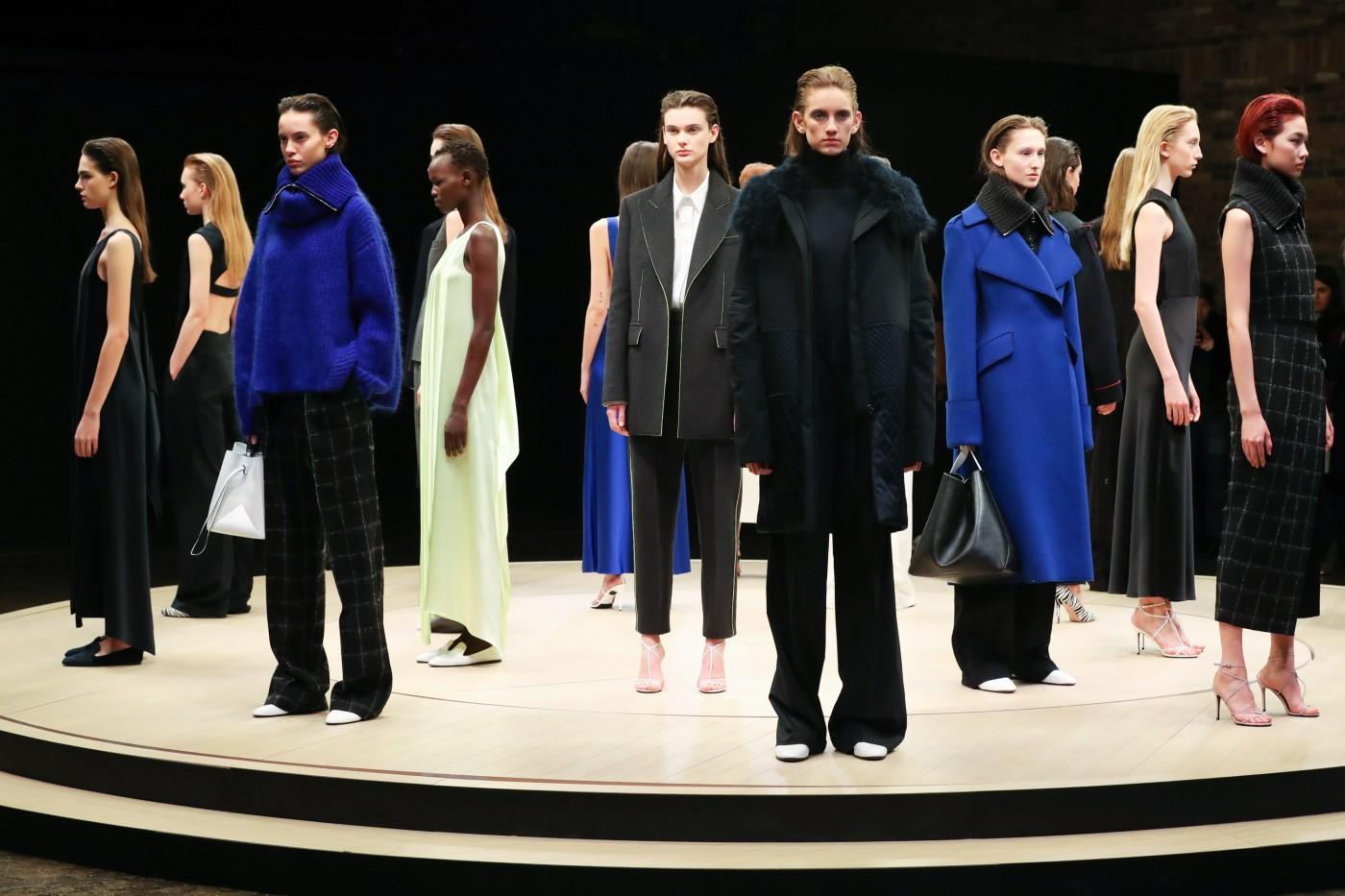 Aly Raisman Poses Nude for Sports Illustrated (Sports Illustrated)
Olympic gymnast Aly Raisman posed nude for Sports Illustrated’s annual swimsuit issue with the phrases “trust yourself,” “live for you,” and “abuse is never okay” written on her body. The pictures follow Raisman’s testimony in court last month, where she spoke out about the abuse she and her fellow athletes endured of Team USA gymnastics doctor Larry Nassar, who was sentenced up to 175 years in prison for sexually abusing over 160 women and girls. “I would like to remind everyone that being a survivor is nothing to be ashamed of, and going through a hard time does not define you,” Raisman told SI. “I hope that we can one day get to a point where everyone realizes that women do not have to be modest to be respected. We are free to draw confidence and happiness in our own way, and it is never for someone else to choose for us or to even judge us for that matter.”

Women do not have to be modest to be respected– Live for you! Everyone should feel comfortable expressing themselves however makes them happy. Women can be intelligent, fierce, sexy, powerful, strong, advocate for change while wearing what makes them feel best. The time where women are taught to be ashamed of their bodies is OVER. The female body is beautiful and we should all be proud of who we are, inside and out. Thank you so much @si_swimsuit @mj_day @darciebaum @ja_neyney @taylorbphoto & the rest of the team.

Catt Sadler on Quitting E! and Landing a Role She Never Expected (Cosmopolitan)
She’s been all over the press these days for leaving E! following months of salary negotiations prompted in part by a tip that her E! News co-host Jason Kennedy was making nearly double her salary, even after she took on the daytime show Daily Pop in addition to her evening news commitments. Now, Sadler is explaining her side of the story in depth to Cosmopolitan. “I couldn’t imagine walking back into that building, as many hours as you work a day, every day, knowing that they completely rejected my value,” she said. “It wasn’t this overnight [move] — ‘Oh my gosh, I’m leaving E!’” she says of her decision to exit the network. “It was months of me starting to see the picture very clearly. I just blinked and January was over, because I have been fielding so many messages, emails from women all around the world, that are fed up or needed a reminder to stand up for themselves.”

Gigi Hadid’s Rule for Fashion Week: “I Save the Looks That I Think Are Strange” (Vanity Fair)
At a NYFW dinner for Inez & Vinoodh thrown by V Magazine, Hadid broke down her off-duty style to Vanity Fair, “I do try to step it up for Fashion Week,“ she said. “Today, I went casual because I’ve been doing looks and sometimes it’s just uncomfortable all day. So usually I have like one day for Fashion Week where I just like can’t.” As for if she still enjoys getting dressed in the morning?  “I definitely do at times, but there are times where I just don’t feel like getting photographed… like I’m sick of my own face. I’m like ‘I don’t know how else to wear my f*cking hair. I don’t know what else to put on.’ And on those days I just put on leggings and a coat.”

@gigihadid takes a break from #NYFW madness for cocktails with @inezandvinoodh and a glamorous game of pool at @editionhotels. 📸 @griff_lipson