Katy Perry Names Pump After Hillary Clinton, Inside Farfetch’s Store of the Future 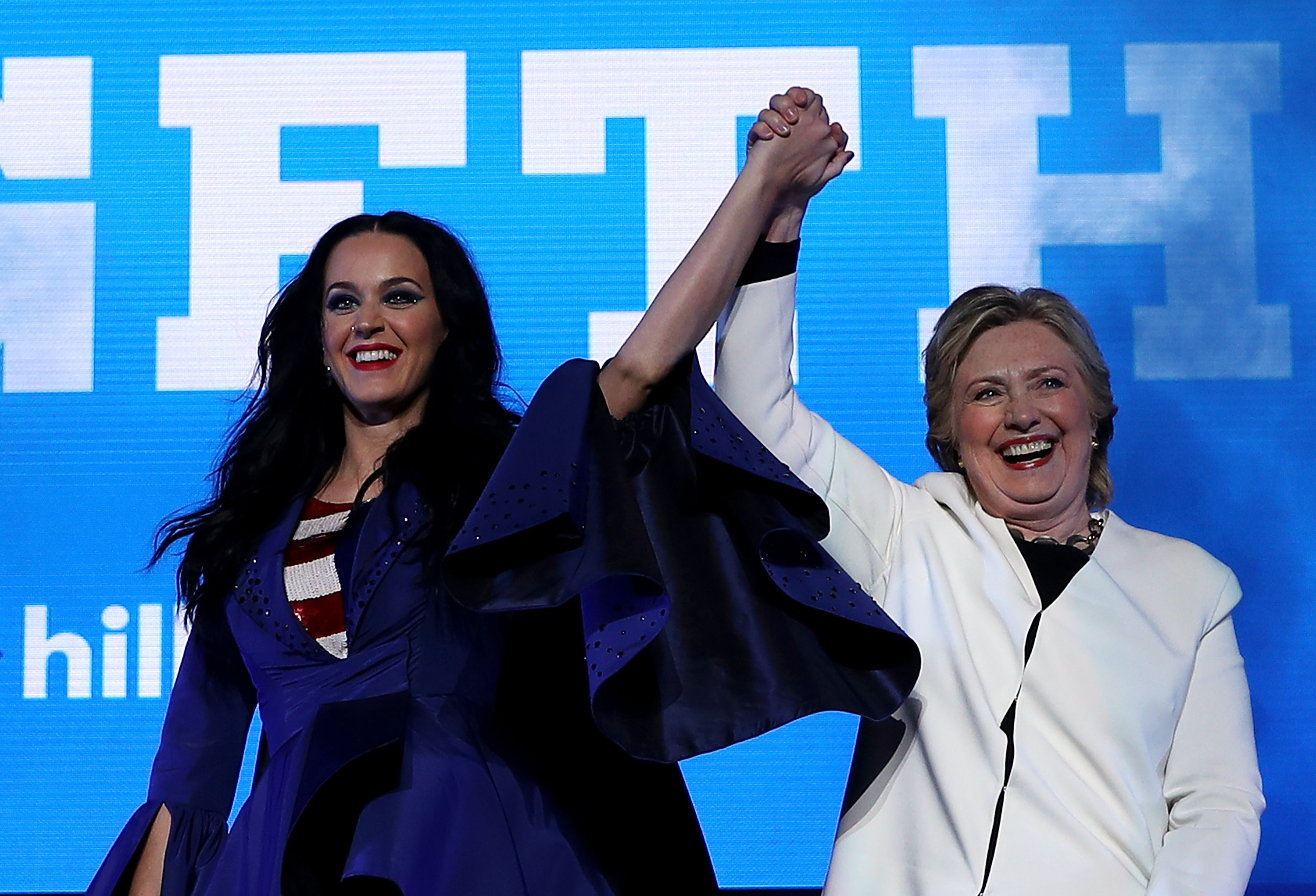 PHILADELPHIA, PA - NOVEMBER 05: Democratic presidential nominee former Secretary of State Hillary Clinton (R) raises her arms with recording artist Katy Perry (L) during a get-out-the-vote concert at the Mann Center for the Performing Arts on November 5, 2016 in Philadelphia, Pennsylvania. With three days to go until election day, Hillary Clinton is campaigning in Florida and Pennsylvania. (Photo by Justin Sullivan/Getty Images)

Katy Perry Names Pump After Hillary Clinton [The New York Times]
The singer posted a photo of the former Secretary of State on her Instagram account wearing a shoe from her line called “The Hillary“—a suede pump available in pink and seafoam green with a stacked 3.5-inch lucite heel with moons and stars floating inside that sells for $139.

Remembering Glenn O’Brien, Before and After Andy Warhol [Vanity Fair]
Pal and colleague Bob Colacello looks back on frequent run-ins with one of his college idols, Andy Warhol, and working together on Interview magazine.

Bebe Lays Off Hundreds of Employees [California Apparel News]
Following the news of its decision to shutter all of its 170 stores in the next few years, Bebe also announced major layoffs at two of its offices: 136 have been let go at the Brisbane, California, headquarters, and another 160 have been laid off at the Los Angeles office.

Want more info on far fetch store! Where is it located