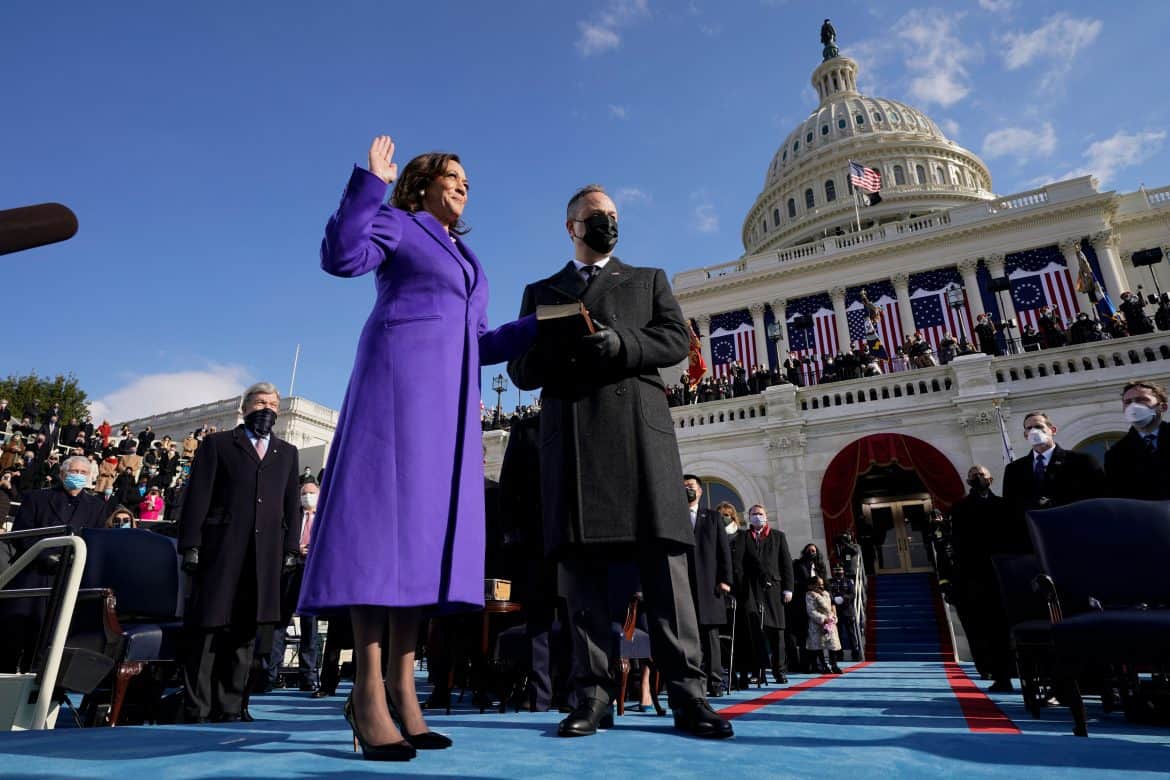 Whether she’s still spearheading her own sartorial choices, or working with an A-list stylist in the know, groundbreaking Vice President Kamala Harris knows the powerful platform that her clothing has. So, her decision to step out showcasing the work of emerging Black designers during the Inauguration Day ceremony and the COVID memorial visit built on her commitment to champion all voices.

Harris opted to give the impactful visual moment at the memorial yesterday evening to Kerby-Jean Raymond, the Haitian-American designer behind thought-provoking and boundary-pushing label Pyer Moss. The CFDA-winner needs little introduction in fashion circles, having garnered industry-wide acclaim not just for his cutting-edge clothes, but for the way he uses his shows as a vehicle for activism and social commentary—particularly on pervasive, prickly issues that would never usually find their way to become a fashion show theme. The current creative director for Reebok, Raymond has never shied away from calling out his experiences of racism either, once fearlessly penning an open letter to the fashion industry, several years before global protests encouraged all designers to speak up. 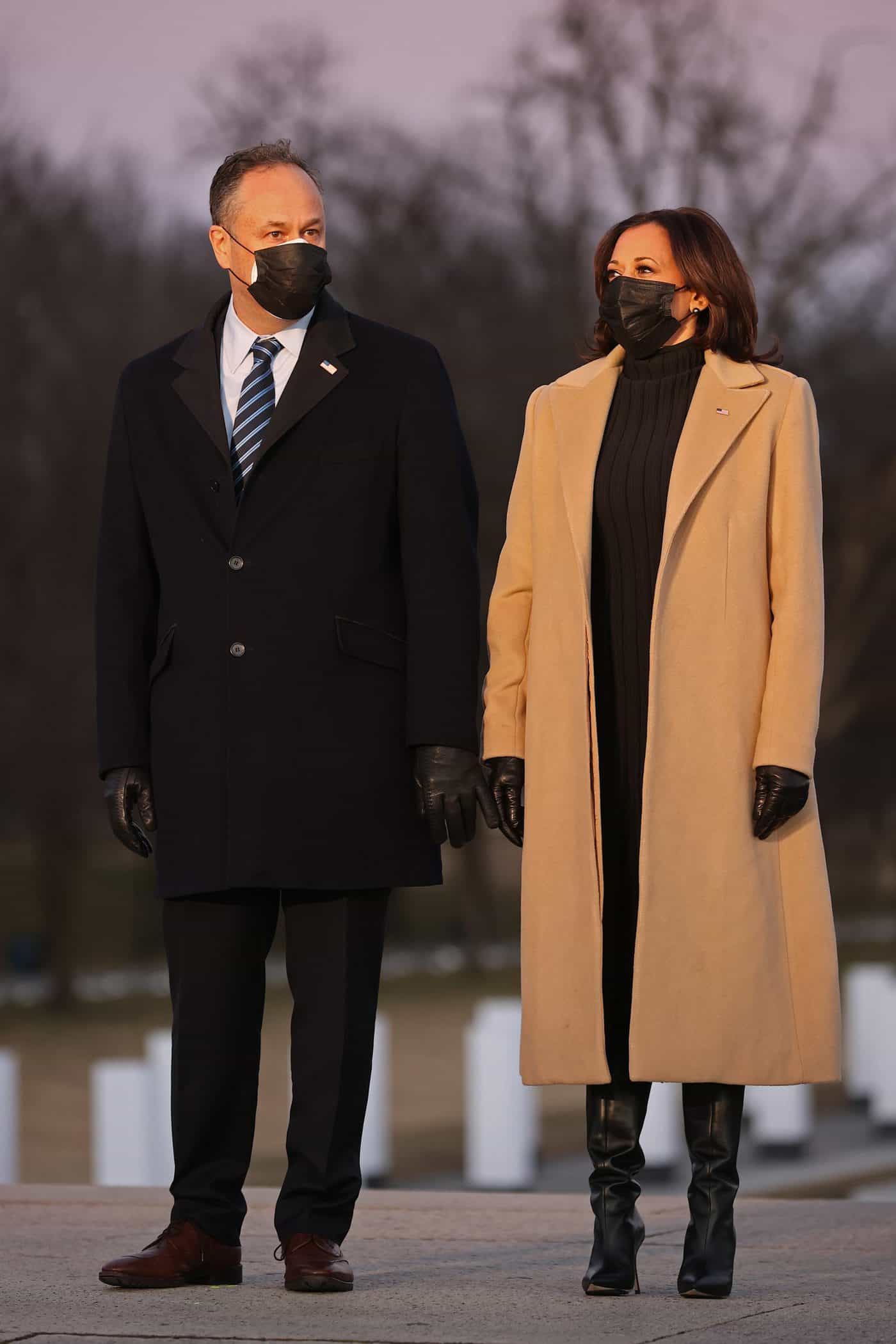 Vice President Harris’ decision to don Raymond’s camel coat (and one with an elegant-yet-strong silhouette at that!) also co-signed on his admirable response to the COVID-19 pandemic. Early on, the 32-year-old sprang into action by starting the Kering-backed initiative, “Your Friends in New York”, which provided PPE supplies to medics and donated $50,000 to small businesses across the city. Furthermore, Harris’ now-unforgettable outerwear is from one of a three-part series of off-season collections—titled American, Also—some of which were presented in Weeksville, Brooklyn’s most famous Black neighborhood.

And today, her choice of purple—a color that, as the marriage of red and blue, is known as a call for unity—made an audible statement. The outfit’s designer is Christopher John Rogers; the 2020 recipient of the CFDA Emerging Designer award. The Brooklyn-based, out-and-proud queer Black designer hails from Louisiana, and at just 27-years-old is regularly cited as one of the most exciting names on the New York fashion scene. Indeed, we’re still high on those ballroom-inspired silhouettes from his runway extravaganza during the last true in-person fashion week we experienced. Despite being a relative newcomer, there’s just something about Rogers that has made him among the most talked-about talents rising to the top right now; someone who has unified the tastes of everyone from the traditionalists to the club kids with his dramatic, joy-sparking designs.

Harris is also wearing footwear by Sergio Hudson, a Black designer who has found fans in Beyoncé, Rihanna, and none other than Michelle Obama, who wore his plum-colored creation today. Then, there’s the omnipresent pearls: Harris opted for a set by New York-based Puerto Rican jeweler Wilfredo Rosado. It’s notably not the first time she’s used her platform to promote the name of a hard-working and talented immigrant designer, and it surely won’t be the last. 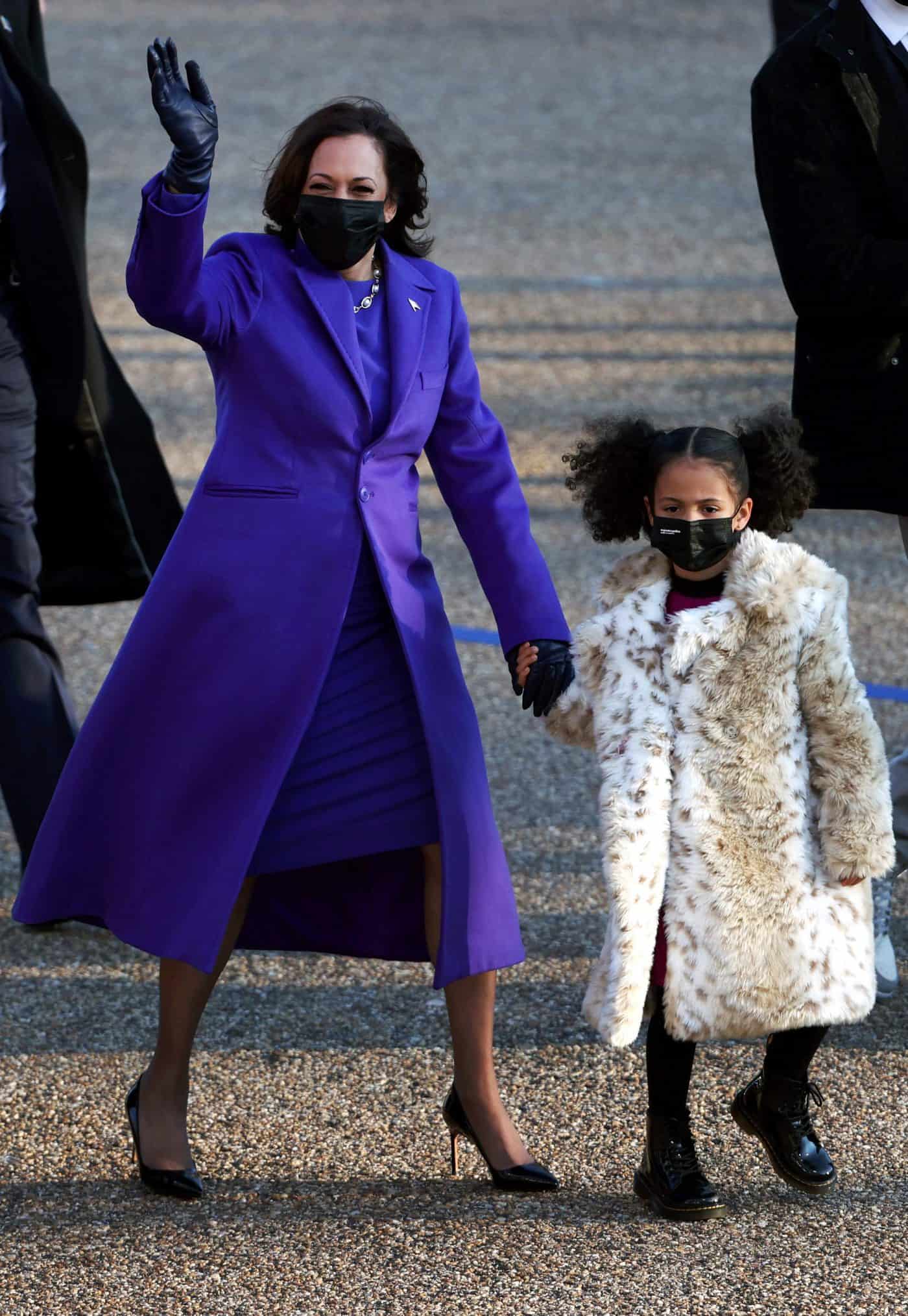 Speaking of firsts, the California-born politician does have many historic feats tied to her profile: she’s the first woman to serve as Vice President, and the first Black and first South Asian person to do so too. When editors and correspondents began excitedly sharing details of her outfit on social media, some groaned that this isn’t fashion week or an award’s show red carpet. Quite the contrary: as the most powerful female in the country, we’ve never had anyone to compare Harris to in the fashion stakes, and that puts her in a league of her own. Somewhere she evidently thrives! To dismiss any collective interest in what she chooses to clothe herself in—and why—as shallow, frivolous, or sexist is to dismiss the unprecedented platform she is giving to the designers who need and deserve it the most. It’s safe to say, we will be all eyes and ears.