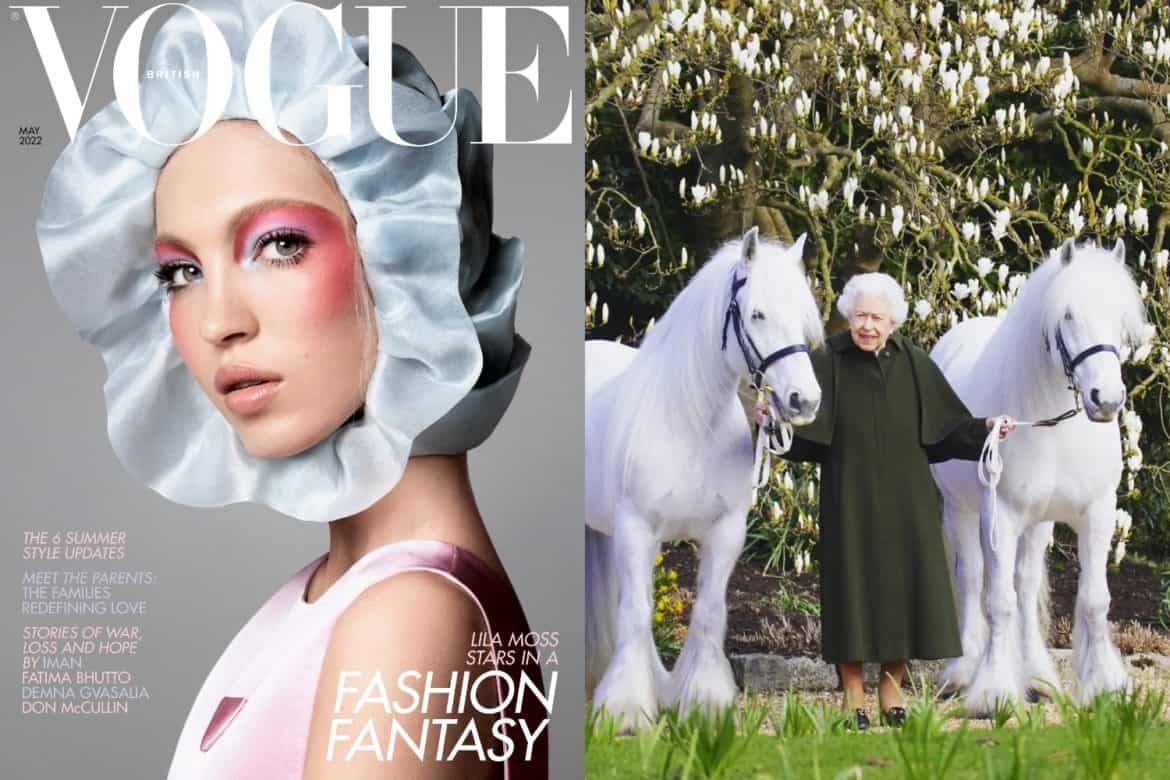 Modeling is in Lila Moss’ genes. The 19-year-old is strutting along in the heel prints of her mom Kate; the fashion world’s longtime muse whose visage can be found on 43 British Vogue covers. Mini Moss is destined for success—and her most recent appearance on the pub’s May edition is proof. To commemorate the cover, she sat down with writer Ellie Pithers to discuss everything you’d want to know—from early modeling days and raiding her mother’s wardrobe (jealous, non?) to how she’s studied her parents’ fame as a means to navigate her own. In talks of how her career jumpstarted, Moss said she tried her hand at modeling at a young age—against the discretion of her mother, who knew the industry all too well—which meant the paparazzi and camera clicks were quick to follow. And she knew just how to manage it. “I would always copy her [Kate],” she said. “I’ve seen it first-hand, so I’m much more able to cope with it. I’ve had to say no to people. But I’m always nice!” Moss also states she was the last to think anything of it, but has since grown to admire her mom’s effortless style. “In the last three or four years, I’ve realized that her style is actually really cool. I’m having to admit it now.” In the imagery, shot by Steven Meisel, the blonde beauty can be found adorned in Loewe, Prada, Versace, Fendi, Alberta Ferretti, Dior, and the most chic array of headpieces you’ve ever seen. Catch a glimpse below. 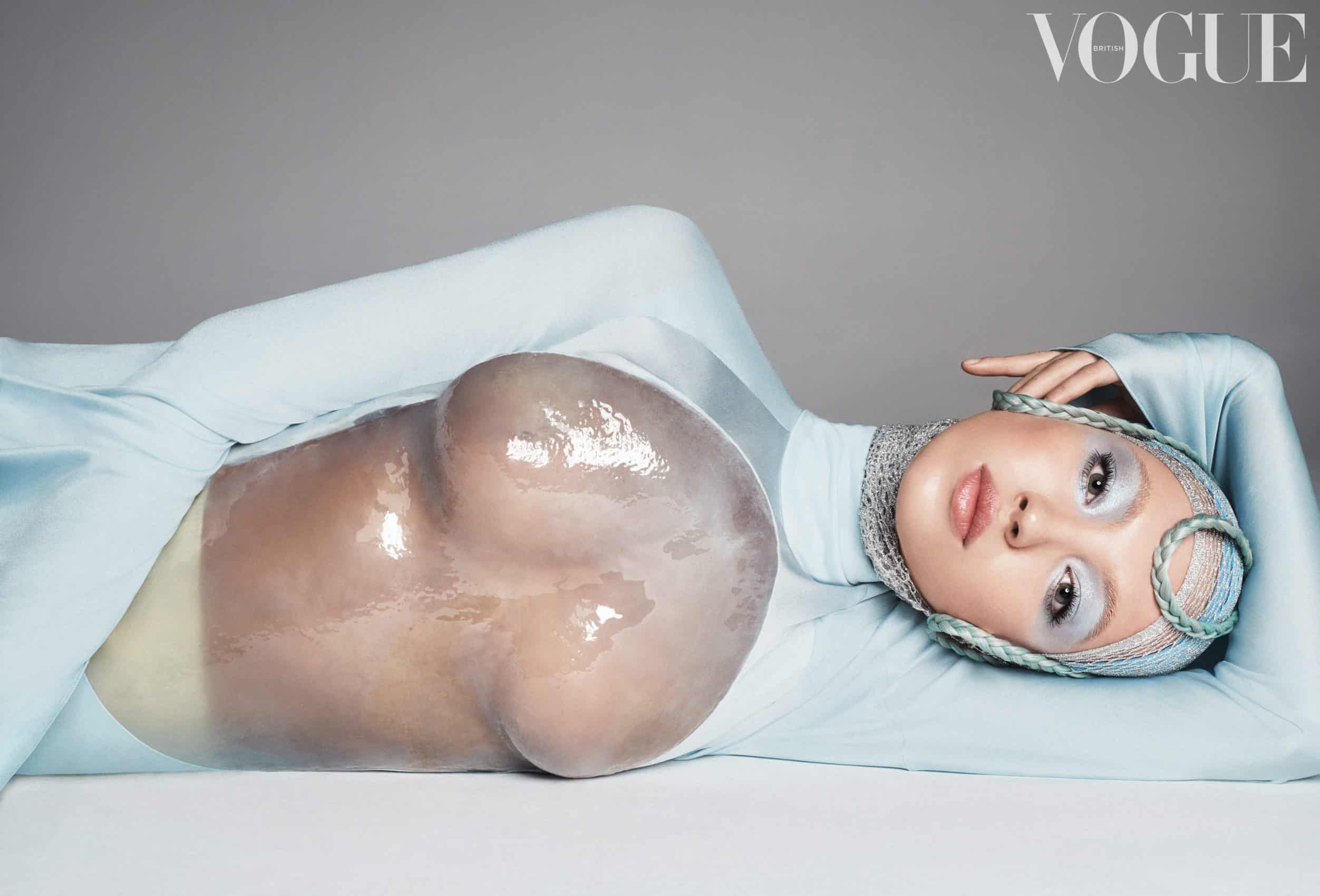 Next on board the train to cease operations in Russia is Condé Nast, who has just announced the closure of its Russian edition. The more permanent move follows the publisher’s initial suspension back in March. The axe was not a retaliation, as Condé CEO Roger Lynch said that the country’s “escalation in the severity of the censorship laws… have significantly curtailed free speech and punished reporters simply for doing their jobs, which has made our work in Russia untenable.” Lynch’s statement also acknowledged the publication’s staff—90% of which have already lost their jobs. “What’s been weighing heavily on my mind is our staff who did not choose this war, and yet continue to bear some of its consequences.” The first edition of Vogue Russia was printed in 1998, and was last helmed by editor in chief Ksenia Solovieva. All broadcasts from the team are suspended until further notice.

Just a month after he ended his relationship with Reebok, Pyer Moss creative director Kerby Jean-Raymond has realized he can’t stay away from designing must-have footwear. Released today, the designer has expanded Pyer Moss’ ready to wear offering to include handbags and shoes for women. The carryall collection features a range of five handbags, which feature asymmetric silhouettes and hand motifs, and lace-up stilettos and mules. According to Jean-Raymond, who recently took a brief design hiatus, the foray into the categories was inspired by a collection that never saw a release. “The hand motif was something that we started to work on in early 2019 for what was the first version of collection four, then we brought it over to our couture collection,” he said. “[It’s] something that feels fun, familiar, and reminds [us] of togetherness.” In tandem with the launch, the brand has posted billboards in New York and Miami to promote its exciting development. Given the designer’s commitment to intentional manufacturing, the items will only be produced in necessary quantities to avoid overproduction. So, if you fancy any of it (obviously!), we recommend shopping it fast on PyerMoss.com. Small leather goods and the second drop of the Couture Capsule collection are also up for grabs. 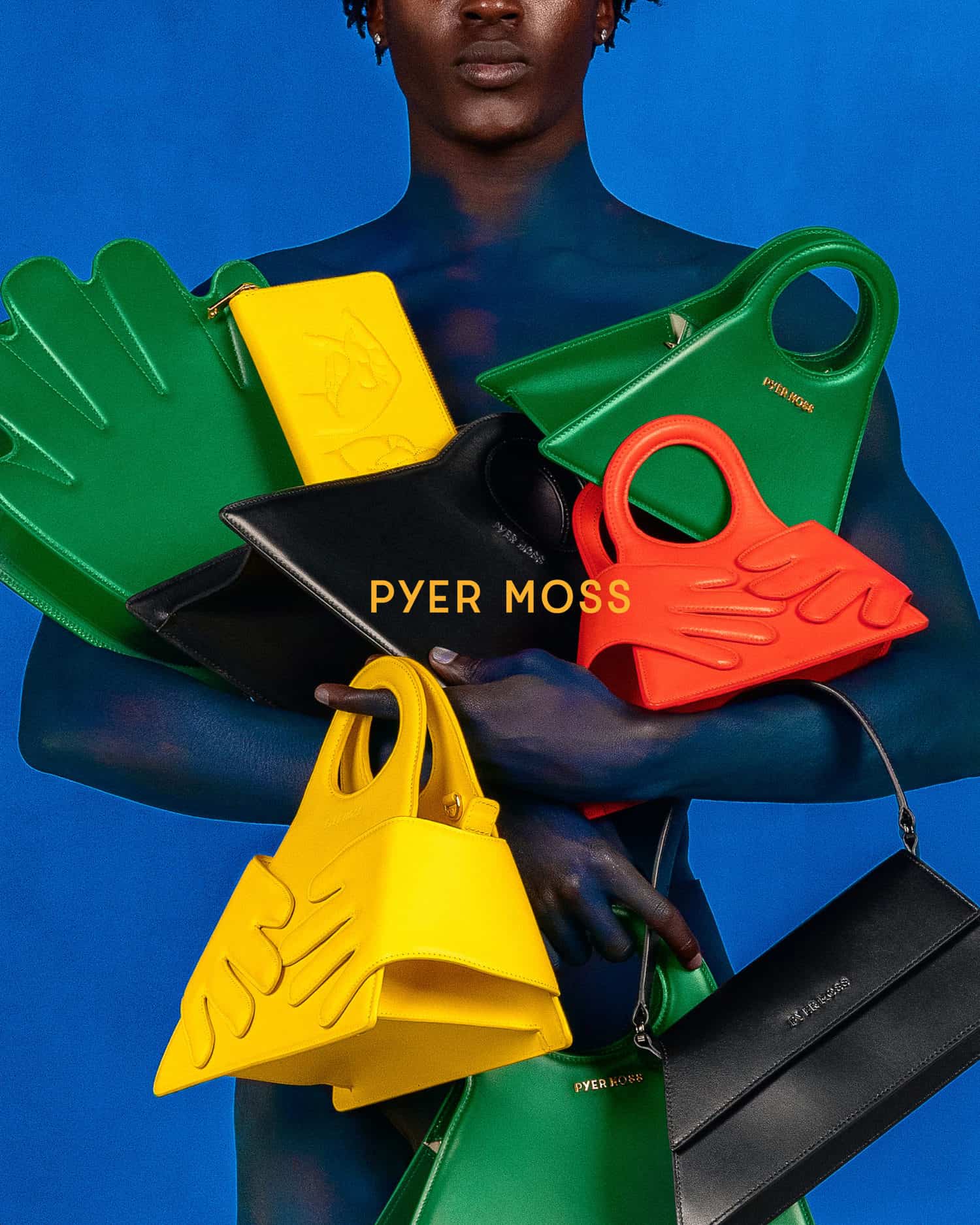 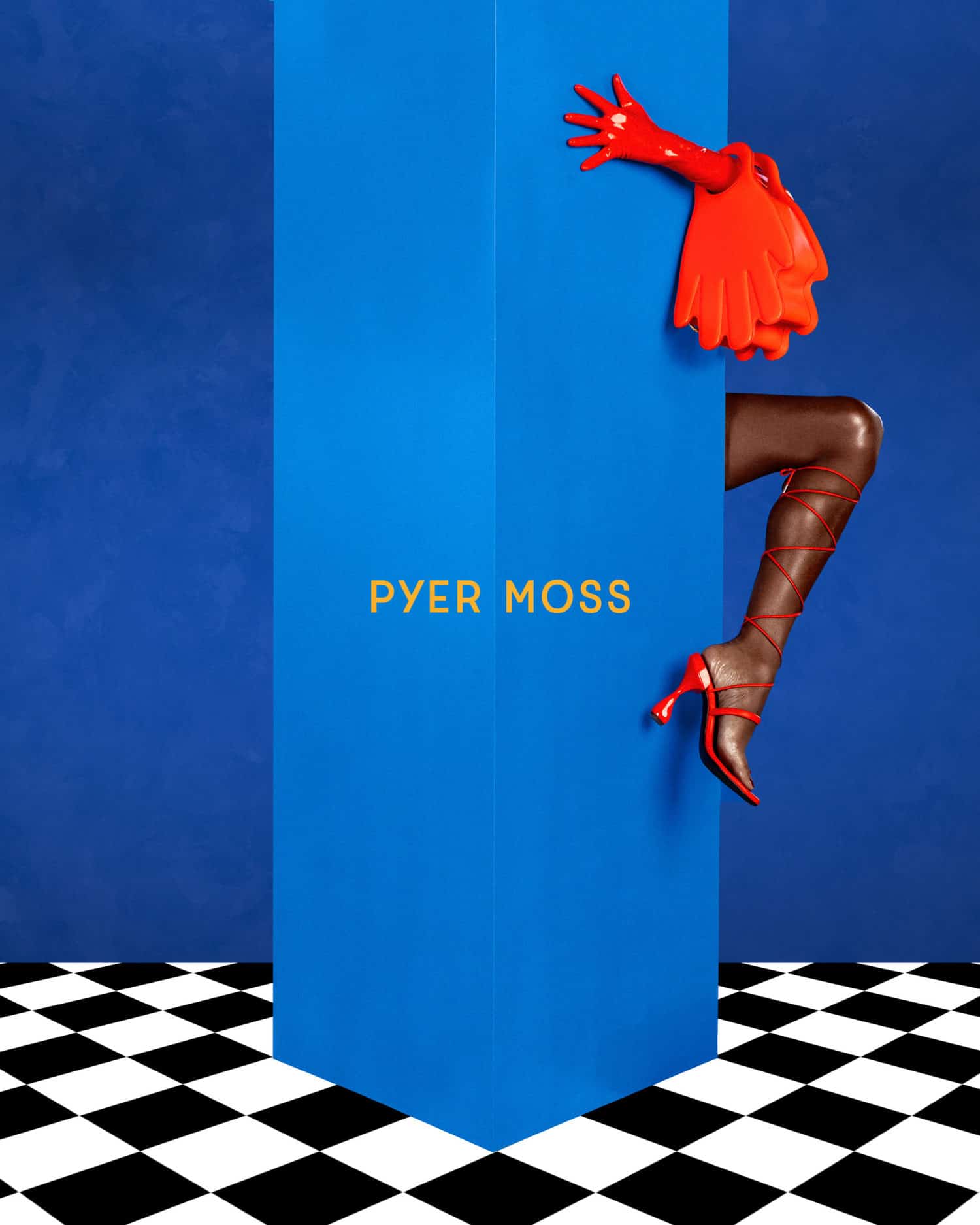 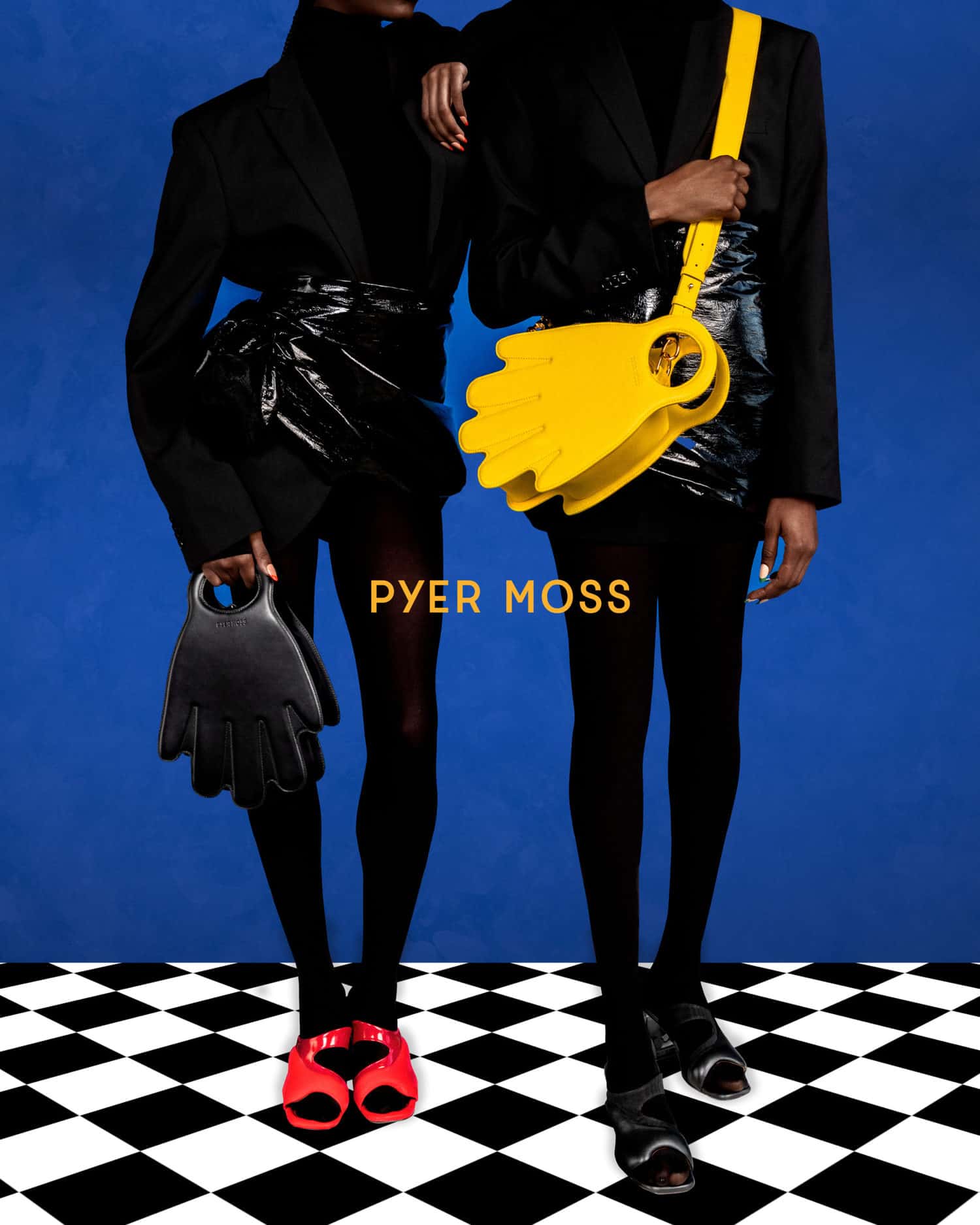 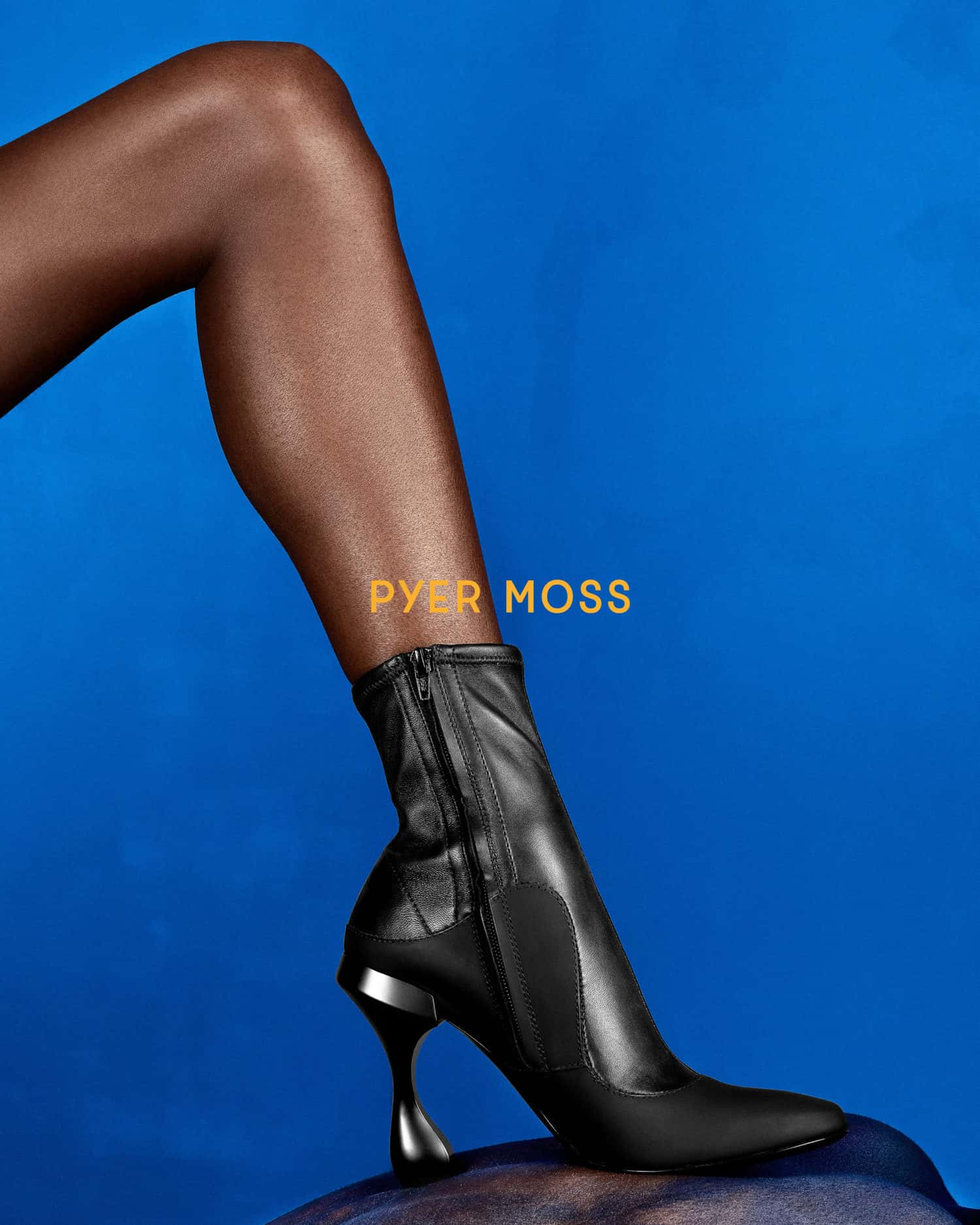 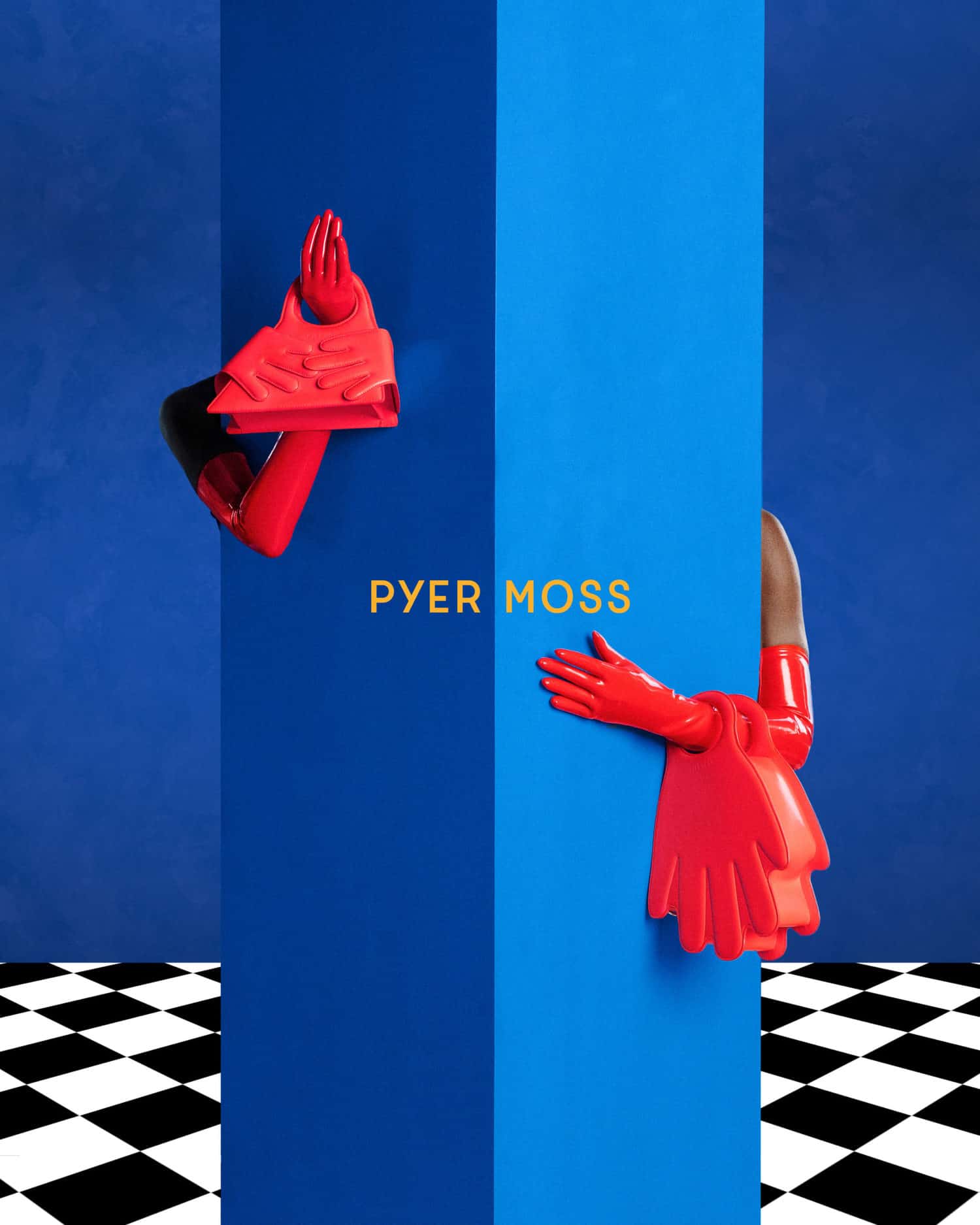 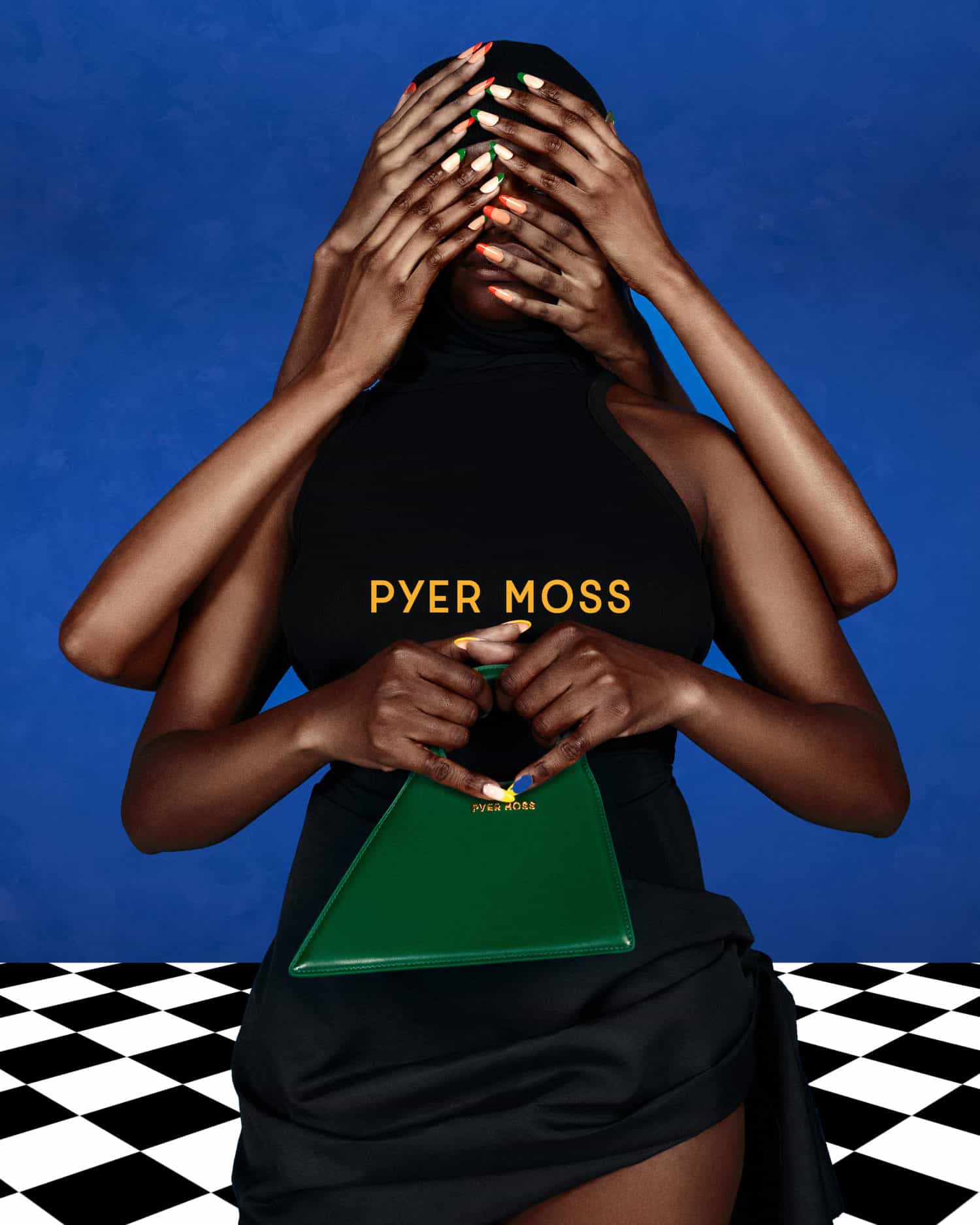 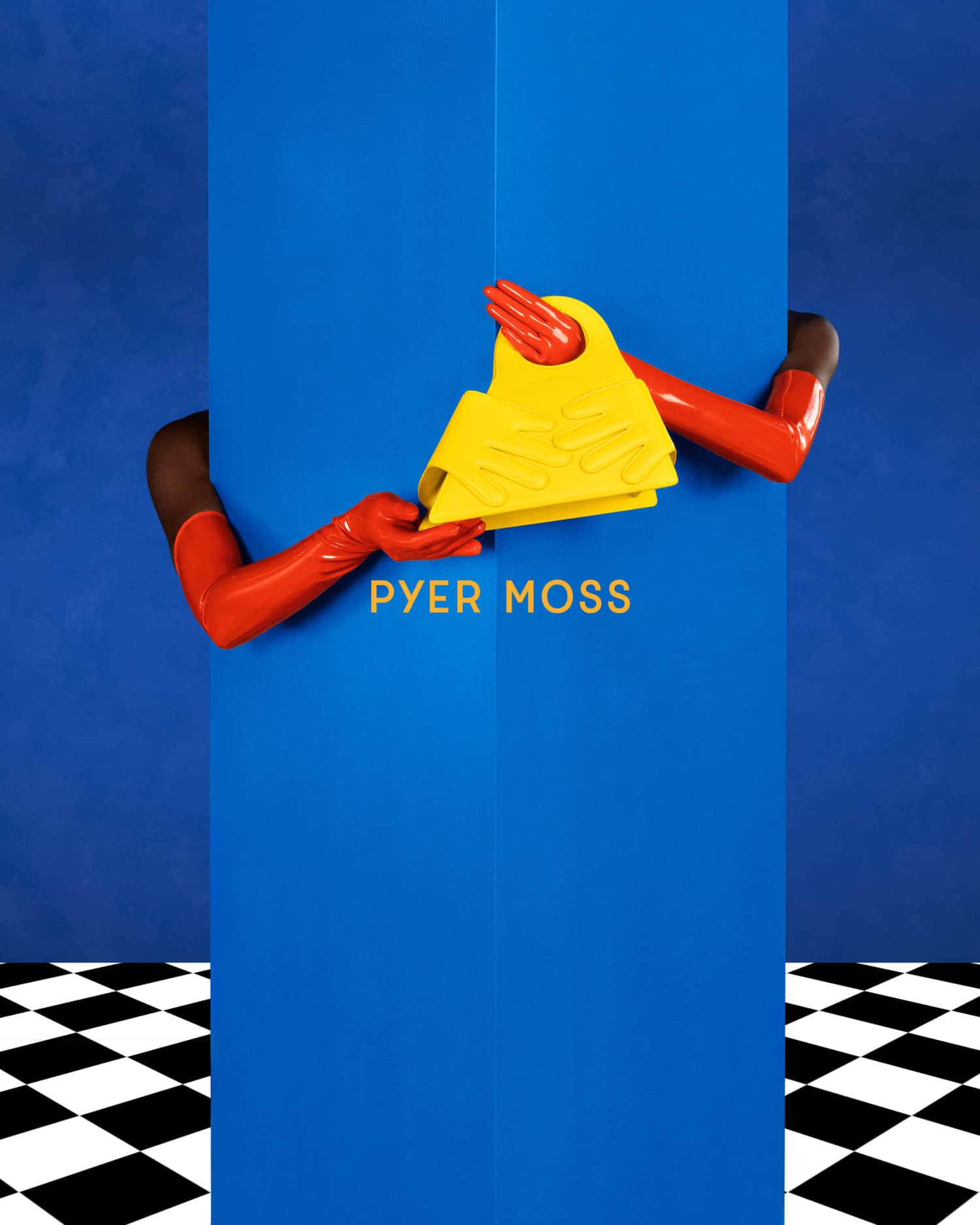 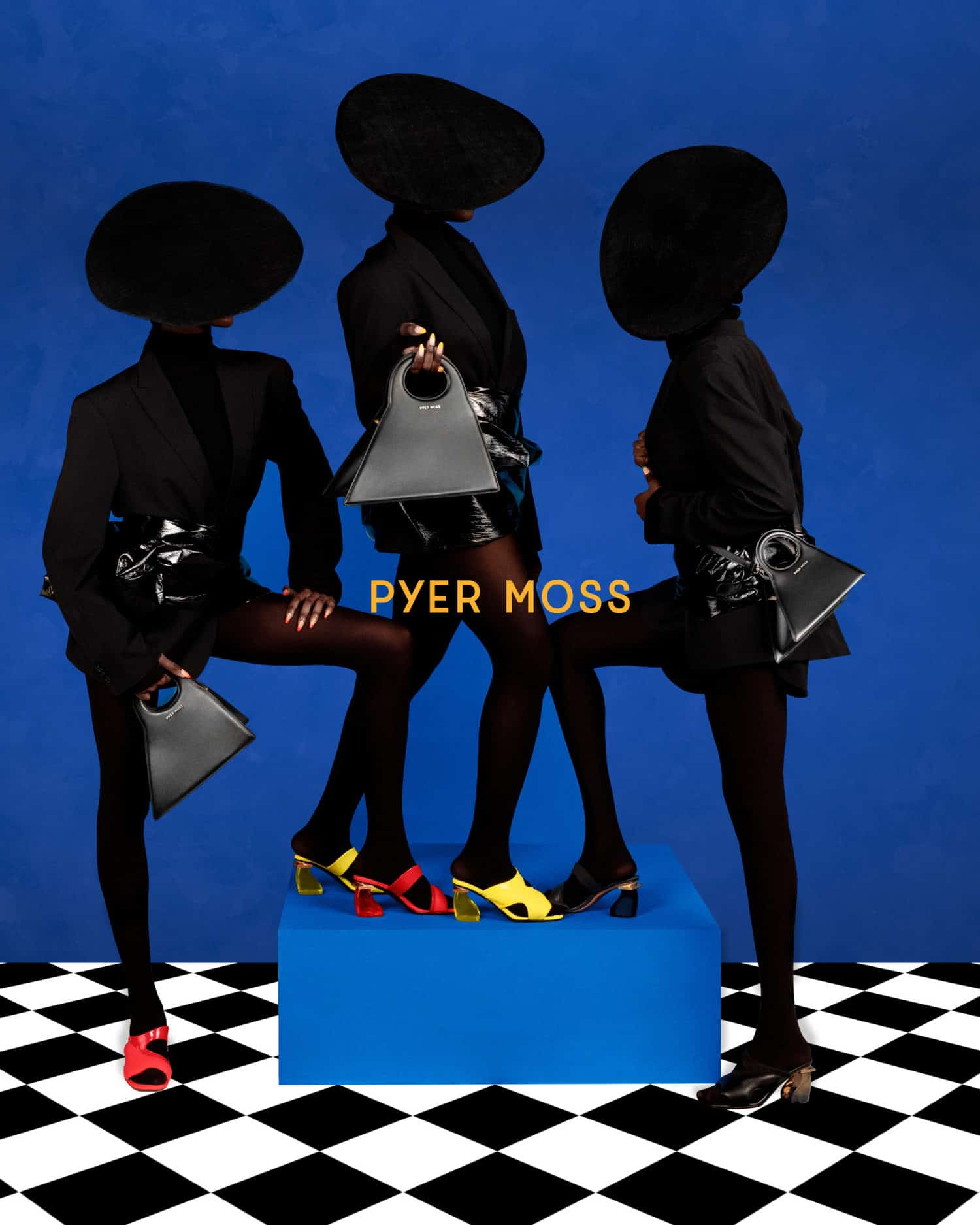 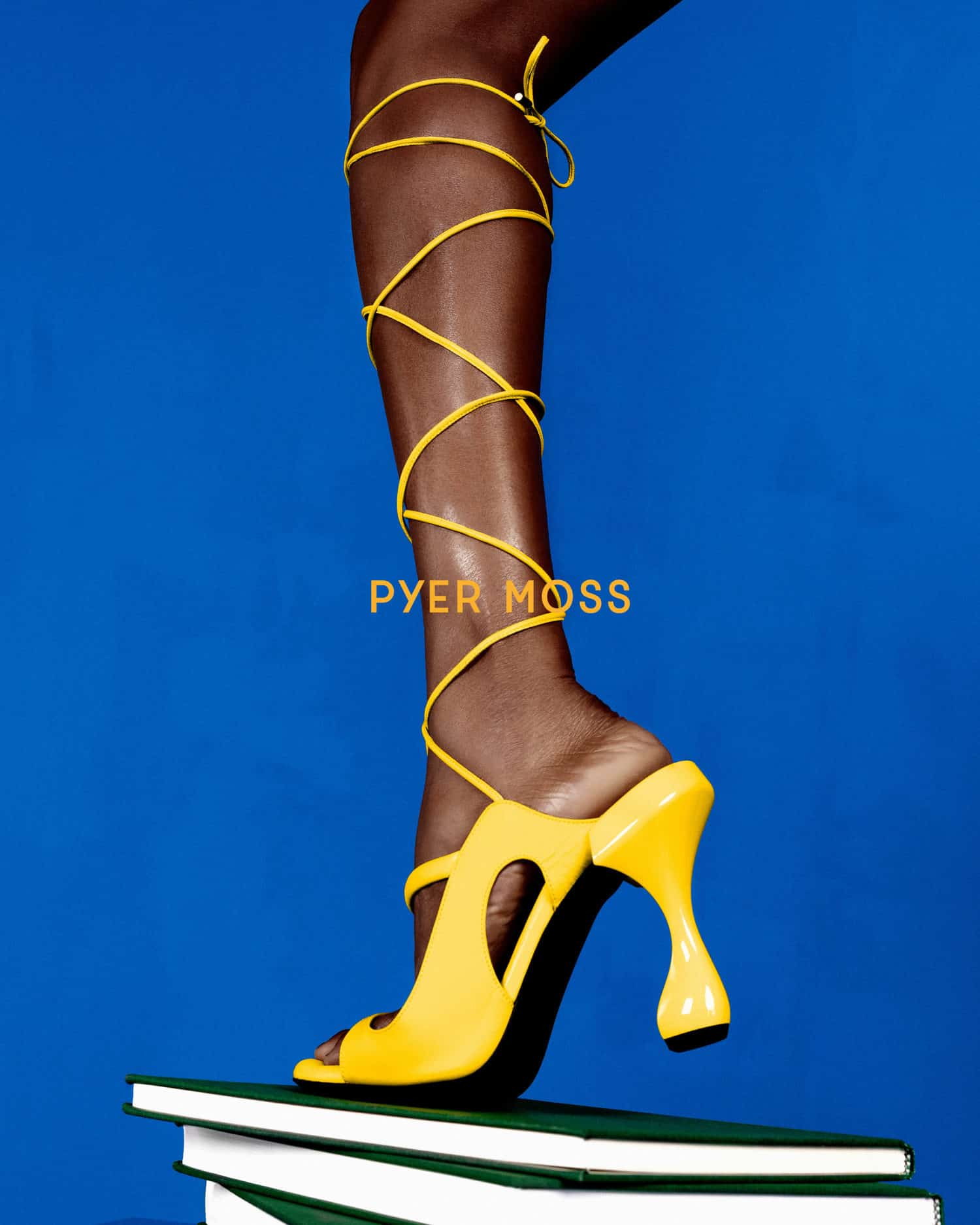 Put on your party hats! Released today, the date that marks the monarch’s 96th trip around the sun, Barbie has debuted a collectible doll to celebrate—and it’s bedecked in royal everything, from silk white gloves to a sparkly headpiece. The doll was brought to life in honor of Her Majesty’s forthcoming platinum jubilee ceremony on June 2, and commemorates 70 years of service to the throne—namely, with sentimental ribbons and medallions passed down from late relatives. The item will be available for purchase at select retailers as well as online on Amazon, where it can be found encased in a package reminiscent of Buckingham Palace. The royal family also took to Instagram to commemorate the date with its annual snapshot of the smiley empress. Royal ponies Bybeck Katie and Bybeck Nightingale even made a special appearance!

Just a few short hours following his arrest at LAX yesterday morning, A$AP Rocky was released on a $550k bail. The rapper, who is expecting his first child with girlfriend Rihanna any minute, was taken into custody based on the rapper’s involvement in a November 2021 shooting, when he is said to have fired multiple shots at the victim. LAPD even performed a search of the dad-to-be’s home, and reportedly left with potential evidence of the crime. 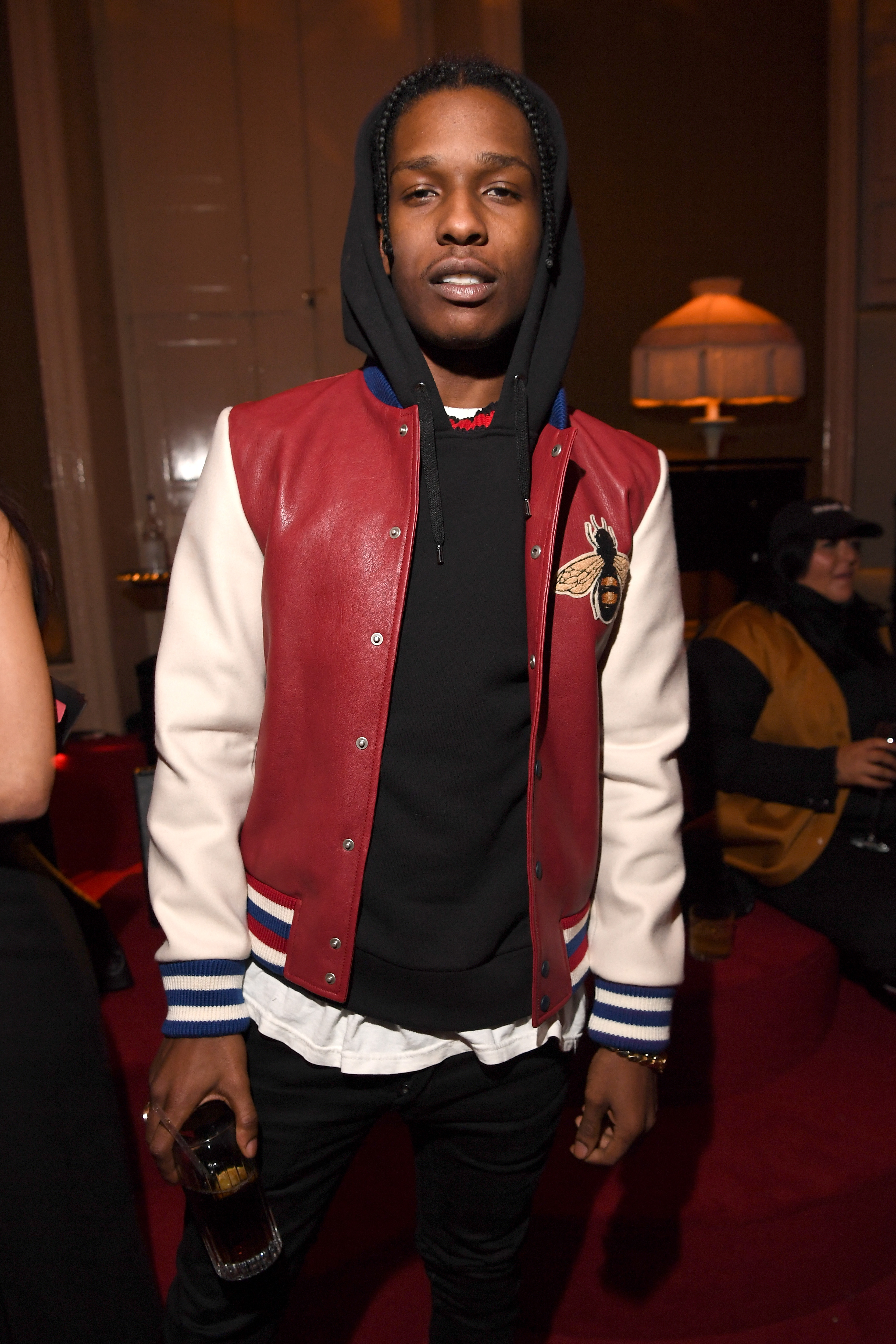 Tory Burch taps Sydney Sweeney to be the face of handbags, shoes

Actress Sydney Sweeney and Tory Burch are continuing their sartorial romance. The Euphoria starlet is the latest to join the all-American label as its celebrity ambassador for handbags and shoes. Sweeney, who worked with the brand on its holiday campaign back in December, said she’s been a fangirl of the eponymous designer’s wares and commitment to female empowerment for years. By the looks of the designer’s latest Instagram post, where the doppelganger blondes are perched behind a desk, they’re evidently ready to get down to business. Burch wrote very admirably of the young muse in the caption: “Sydney is one of the most talented young actors working today, but I am equally inspired by her curiosity, confidence and great car-mechanic skills! She is unapologetic about being who she is and fearless in her approach to acting and the way she lives her life. I am thrilled to be working with her.” Prior to Euphoria, Zendaya’s co-star was cast in starring roles for The Handmaid’s Tale, Sharp Objects and The White Lotus, among others—though the last year or so has introduced the bulk of her fame. Other recent appointments on her resume include partnerships with Guess and skincare authority Laneige. Watch this space!

6397, Common Projects and others up post up for SoHo sample sale

It’s that time of year again when the weather’s changing and your closet is in a jumbled disarray of down coats and bikinis alike, which can only mean one thing: a wardrobe refresh is to be had. Fear not—we know the perfect place to start. Penciled for May 12 on 495 Broadway’s 5th Floor, sample showroom The NEWS will host a sample sale featuring the likes of labels 6397, Common Projects, Pasadena Leisure Club, Maria McManus, NOAH, Clu, PURPLE-BRAND, Amiacalva, Destin and Needles. The showroom will enjoy its run until May 14. With prices starting at just $25, there’s no better time or place for your spring cleaning (shopping) to commence. Out with the old, in with the new! 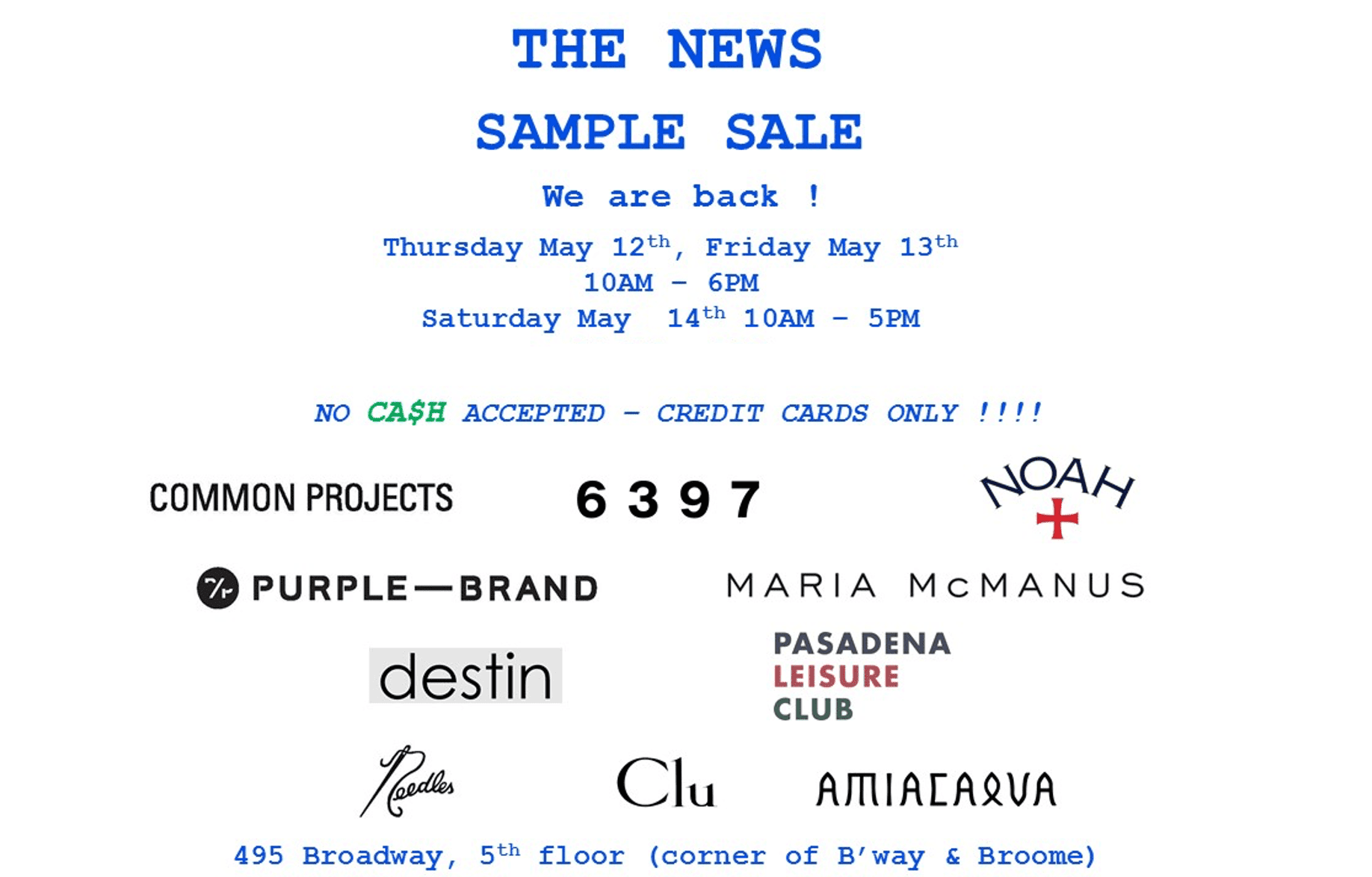