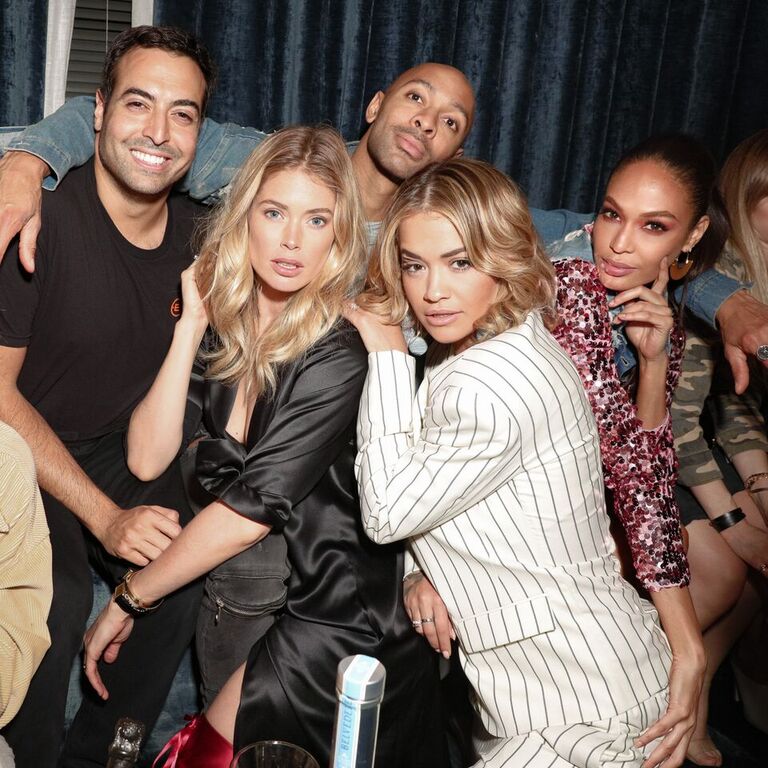 A star-studded crowd turned out on Friday night to celebrate the first anniversary of The Blond at 11 Howard. Models Joan Smalls (wearing Giambattista Valli) and Jordan Barrett, along with V Magazine, hosted the spring fling, which quickly became a late night dance (and selfie-taking) party with some of fashion’s most beautiful people, ranging from models to celebrities to industry insiders, and more. Rita Ora, Kylie Jenner, Paris Jackson, Hailey Baldwin, Doutzen Kroes, Mario Testino, Delilah Belle, Derek Blasberg, Presley Gerber, Miles McMillan, Zachary Quinto, Sebastian Faena, Ebonee Davis, and Hair Nef were just a few who joined. DJ Yung Taco played while Jenner and Baldwin, who are pals of his, were spotted dancing alongside him in the DJ booth.

“It’s been a really amazing year,” said Angelo Bianchi, co-creative director of The Blond. “We just wanted to celebrate and have a great time with all of our friends and everyone who has helped make The Blond a special place.”