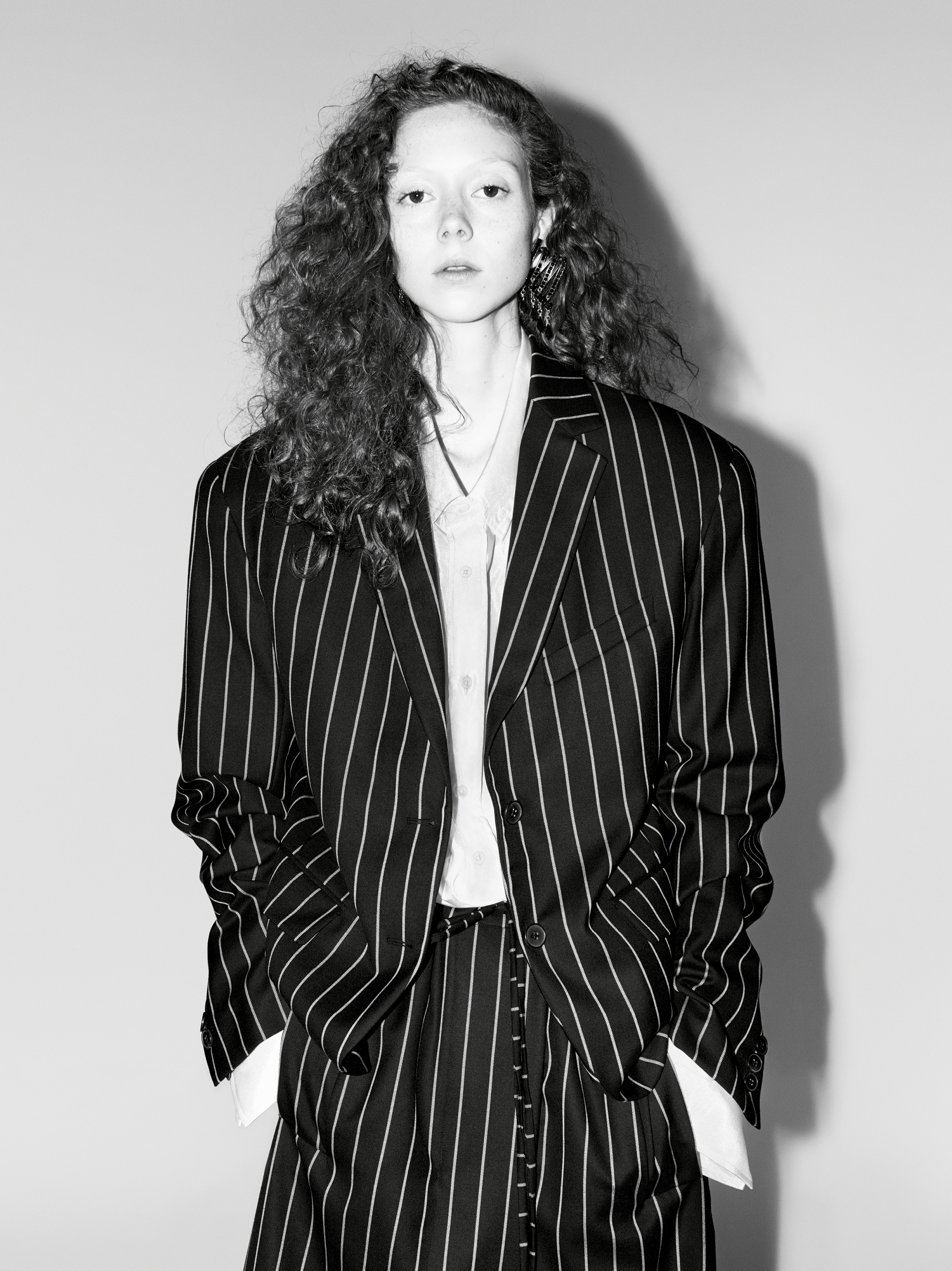 Jil Sander has tapped Natalie Westling as the new face of its Spring/Summer 2017 campaign. The flame-haired beauty, who has been making quite a mark on the runways these days, was shot in black and white in keeping with the brand’s minimalist DNA. Westling opened Marc Jacobs’ Spring 2014 show as an exclusive and starred in the designer’s campaign, as well as a campaign for Saint Laurent that same year. She has been a prime fashion fixture ever since.

Shot by Willy Vanderperre and styled by Olivier Rizzo, the campaign emphasizes the strong-shouldered silhouette, which is offset by Westling’s romantic curls, styled by Anthony Turner with minimal makeup by Lynsey Alexander. Male model Tillmann fronts the men’s campaign for Jil Sander.