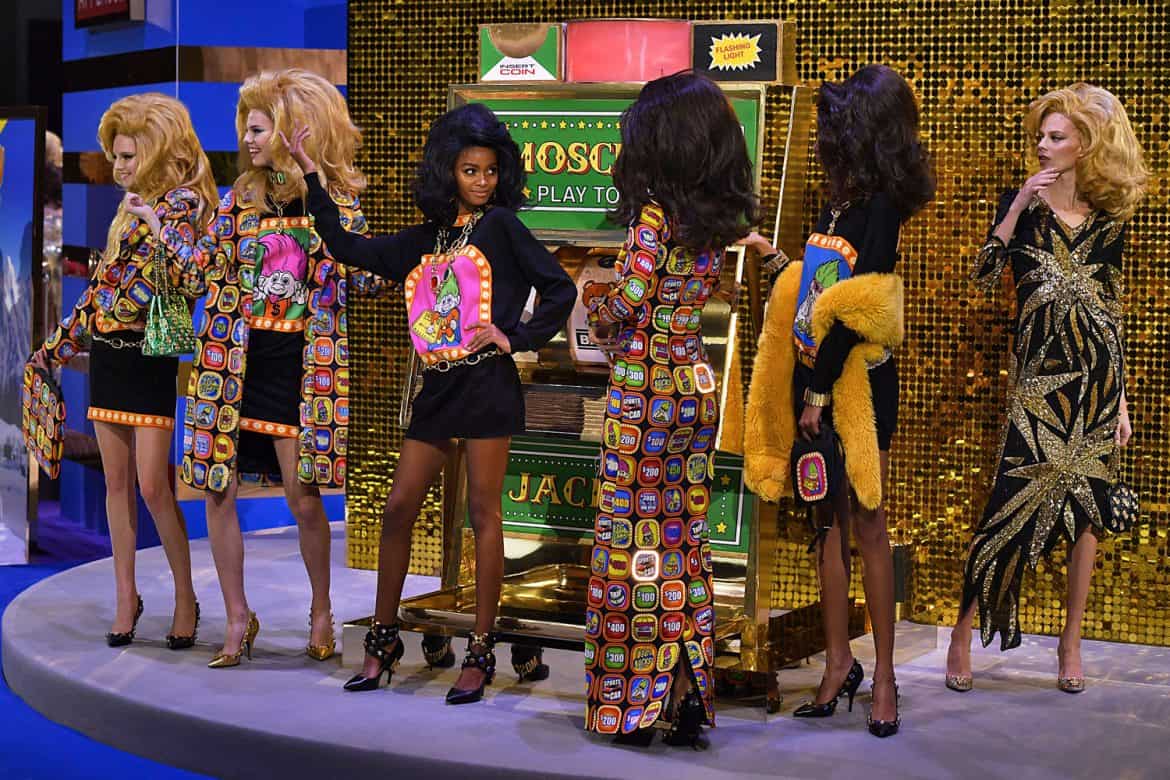 Earlier this year Moschino’s memorable game show-themed runway show in Milan featured Good Luck Trolls. The capsule collection, a partnership with Universal Brand Development, is finally available in time for the trolls 60th anniversary. We got on the phone this week with creative director Jeremy Scott to talk about trolls, why he put buzzy Hennesey Carolina in the lookbook, and Moschino’s epic Dynasty-inspired Fall campaign. 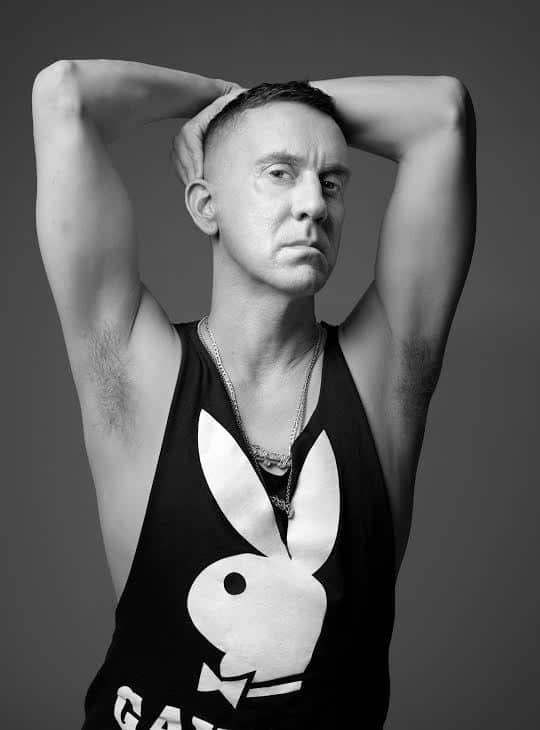 Let’s talk about the Good Luck Trolls. How did this all come about?
When I was thinking about the game show concept and working that out, I started thinking about all the different kinds of things such as shows like Press Your Luck and the noise and all the Whammies and I just thought, “I need a character.” We had been in touch with Universal and [SVP Global Design & Product Development] Stephanie Kraus and the whole team was a dream and they had the Good Luck Trolls. I just thought it would make sense. It’s good luck because you want to win.

Why did you decide to put Hennesey Carolina in your look book?
Hennessy came to my show in New York with her orange wig all done and wearing one of my multi-colored outfits. I just thought she looked so sensational and I thought, “Oh my god! This would be perfect!” The orange hair reminded me of the trolls and giving them this whole attitude and spin because I feel like they have sort of a hippie connotation. I went with a  whole Dynasty approach to them with money and luxe, while keeping them playful. Hennessy seemed like the perfect embodiment of that, it’s very fab but colorful. Nothing hippie about it in that sense. Super contemporary. 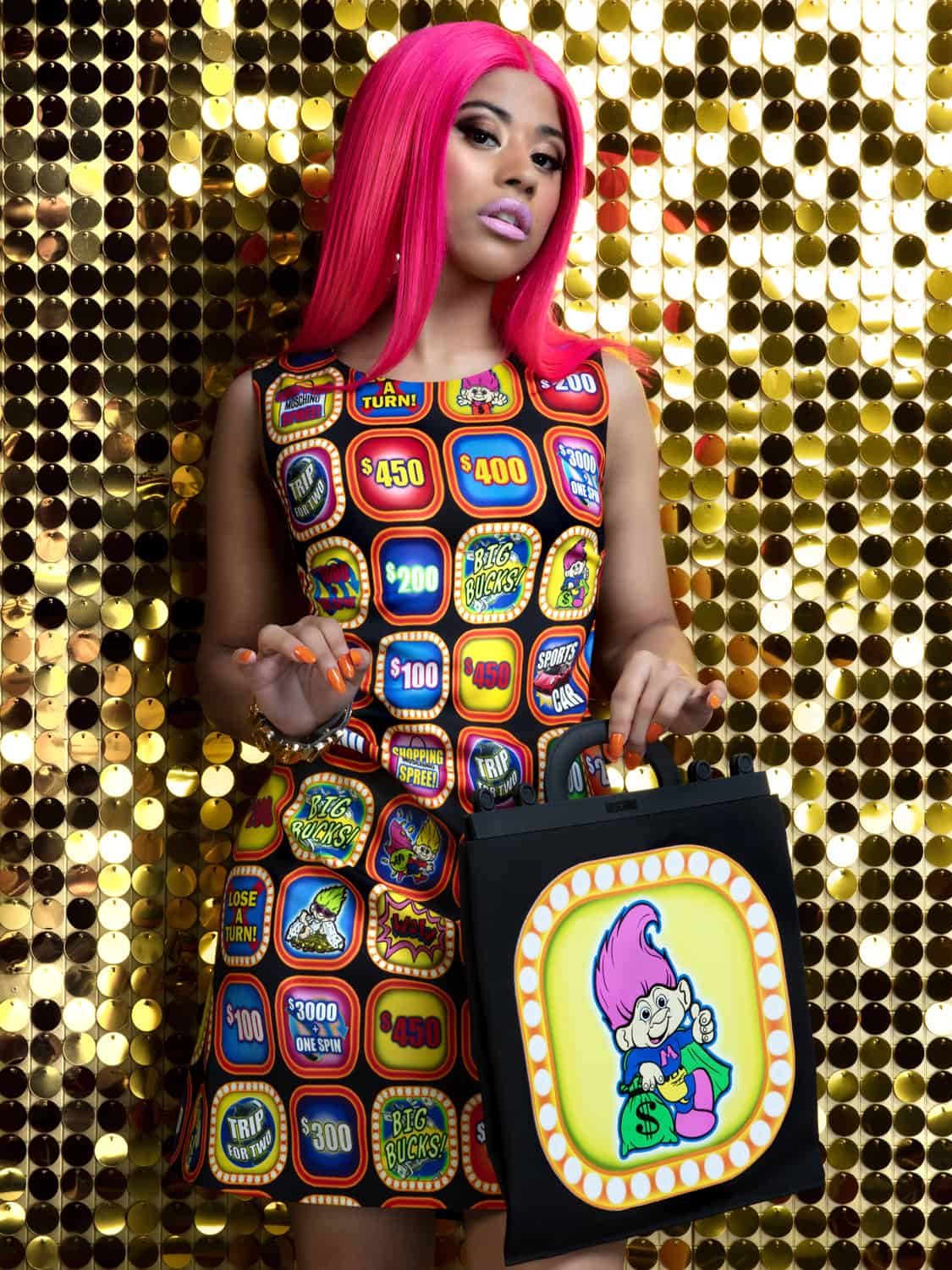 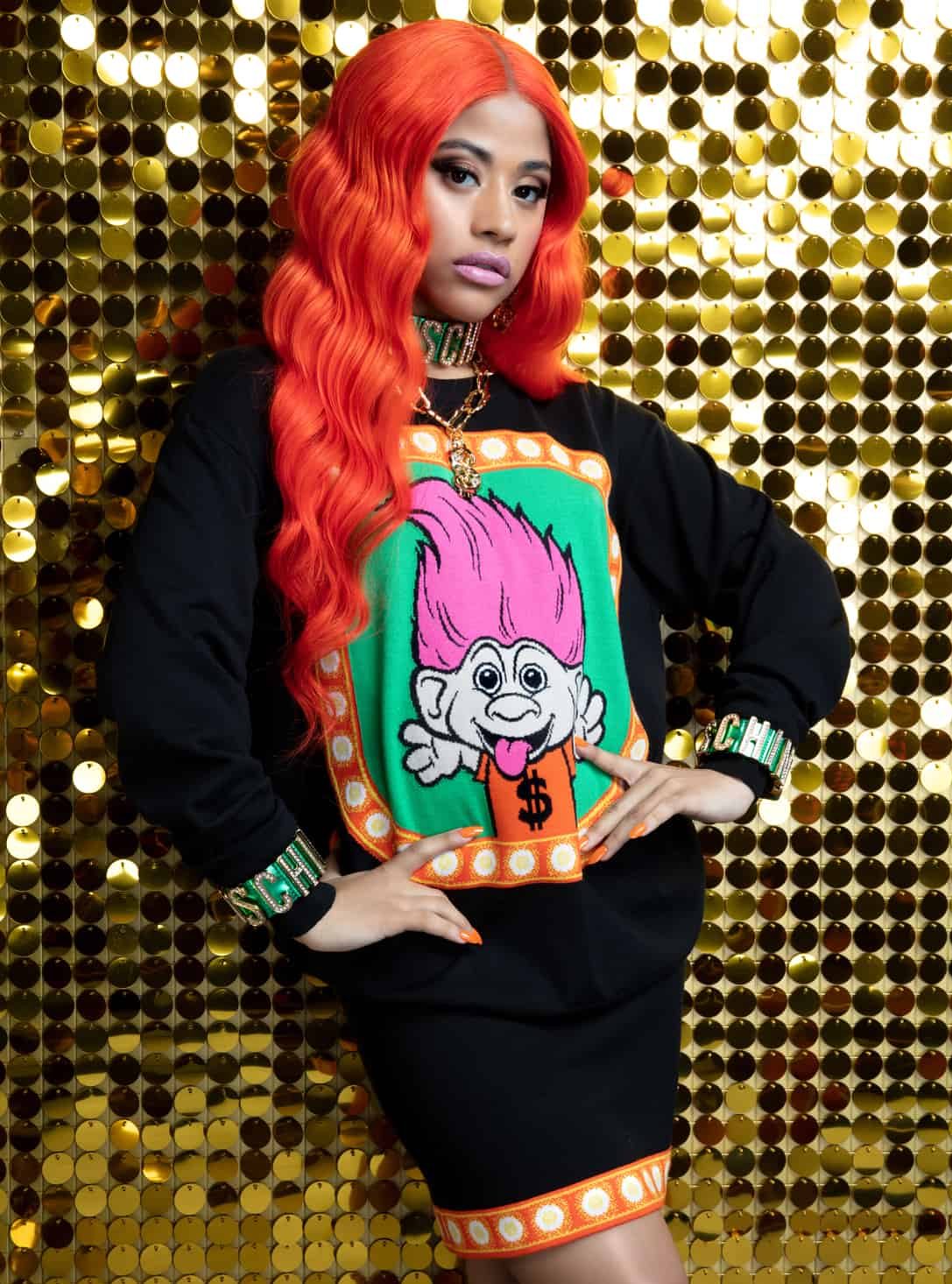 Did you know Hennessy?
We just started becoming friends because she came to the show and she looked so adorable and I just loved her personality. She is such a little gorgeous little sweetheart  and then we had dinner and  and started hanging out. I think it was Cardi’ B’s birthday and Hennessy sat on my lap for most of the night. I just love her and I love her girlfriend. I think she’s a chic modern lesbian. You’ve seen her girlfriend [Michelle Diaz] right? She’s gorgeous.

Why do you think the trolls have endured for so long?
They’re identifiable and clear while at the same time being malleable and be able to be from a hippie commune kind of wooden carved toy to being an emblem of the late ’60s to then have an ’80s and ’90s rebirth and within different parts of pop culture. Then of course today with the contemporary film, they’ve gone on to become actual characters with actual names within the whole Troll film franchise. It’s like Madonna. Being able to be a part of different decades and different times while still being able to be emblematic within them but still always being completely uniquely yourself and recognizable in that way.

Is there a troll you connect with from the collection?
I am very into the one in the gown on the pile of money. That one is my favorite because it’s so old Hollywood. Even just the whole idea, even though they’re not leprechauns, mixing all those references like that. I love that juxtaposition. 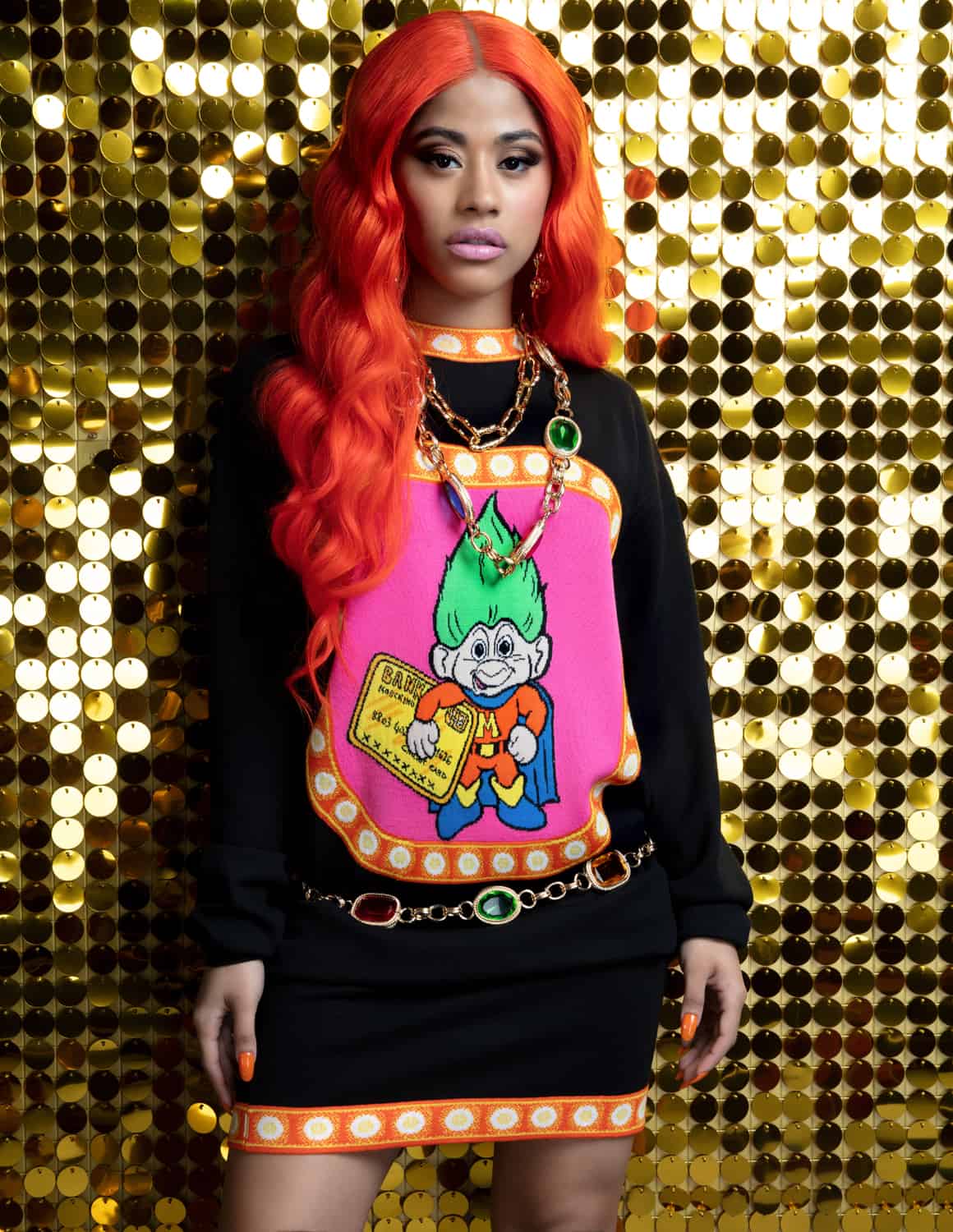 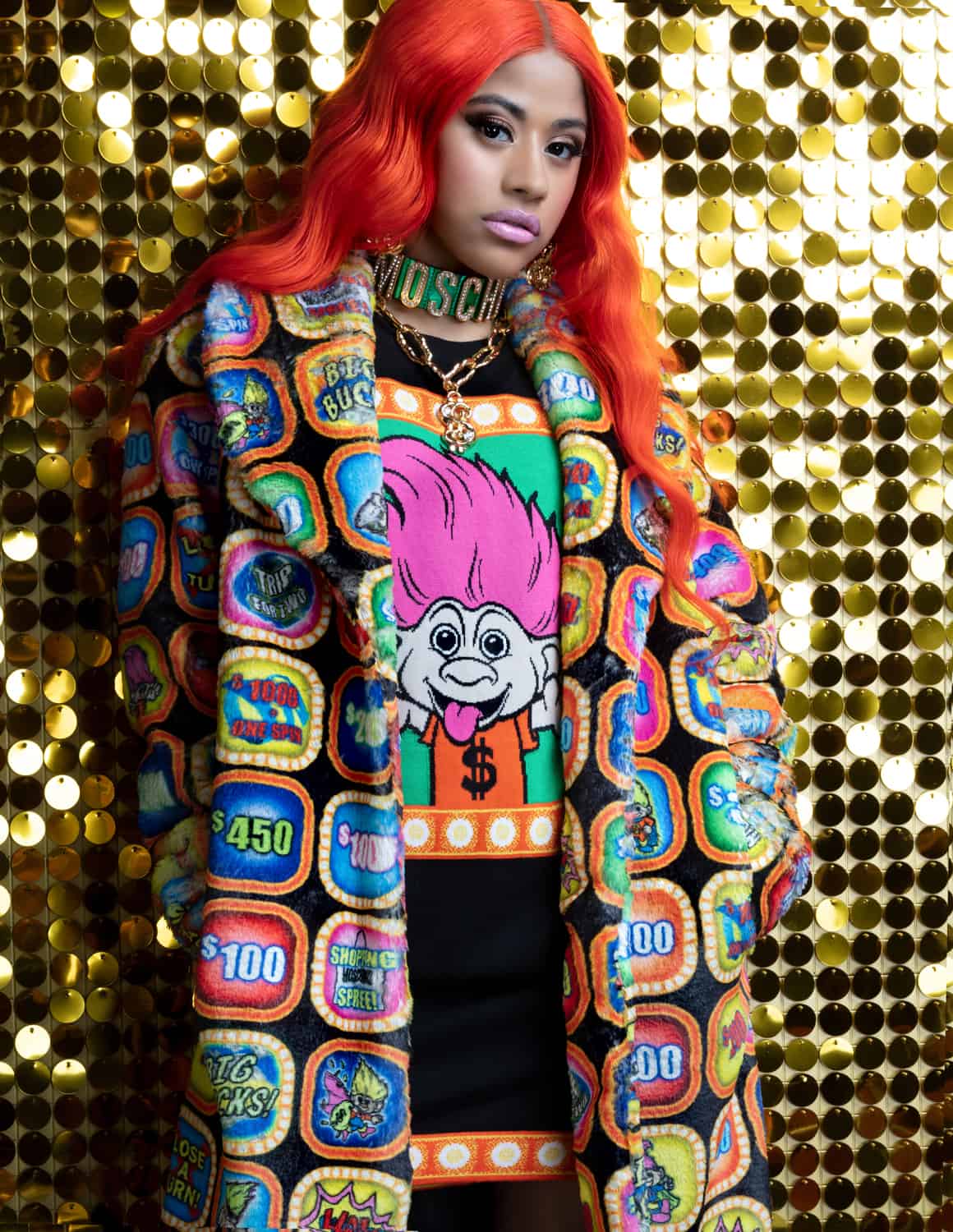 The trolls are called Good Luck Trolls — what brings you luck?
A smile. I don’t know. I think the best thing is always having a good attitude and luck will shine on you.

You’ve just opened up a Moschino store on Madison Avenue. Why did you decide to open doors there?
Well uptown ladies love Moschino too! I know that some of them will travel down to Soho and tromp around in the cobblestone but some of them won’t! I wanted to make sure we were able to give all the ladies a location. You never know when you’re stranded uptown and you’re going to need a little Moschino pick me up. 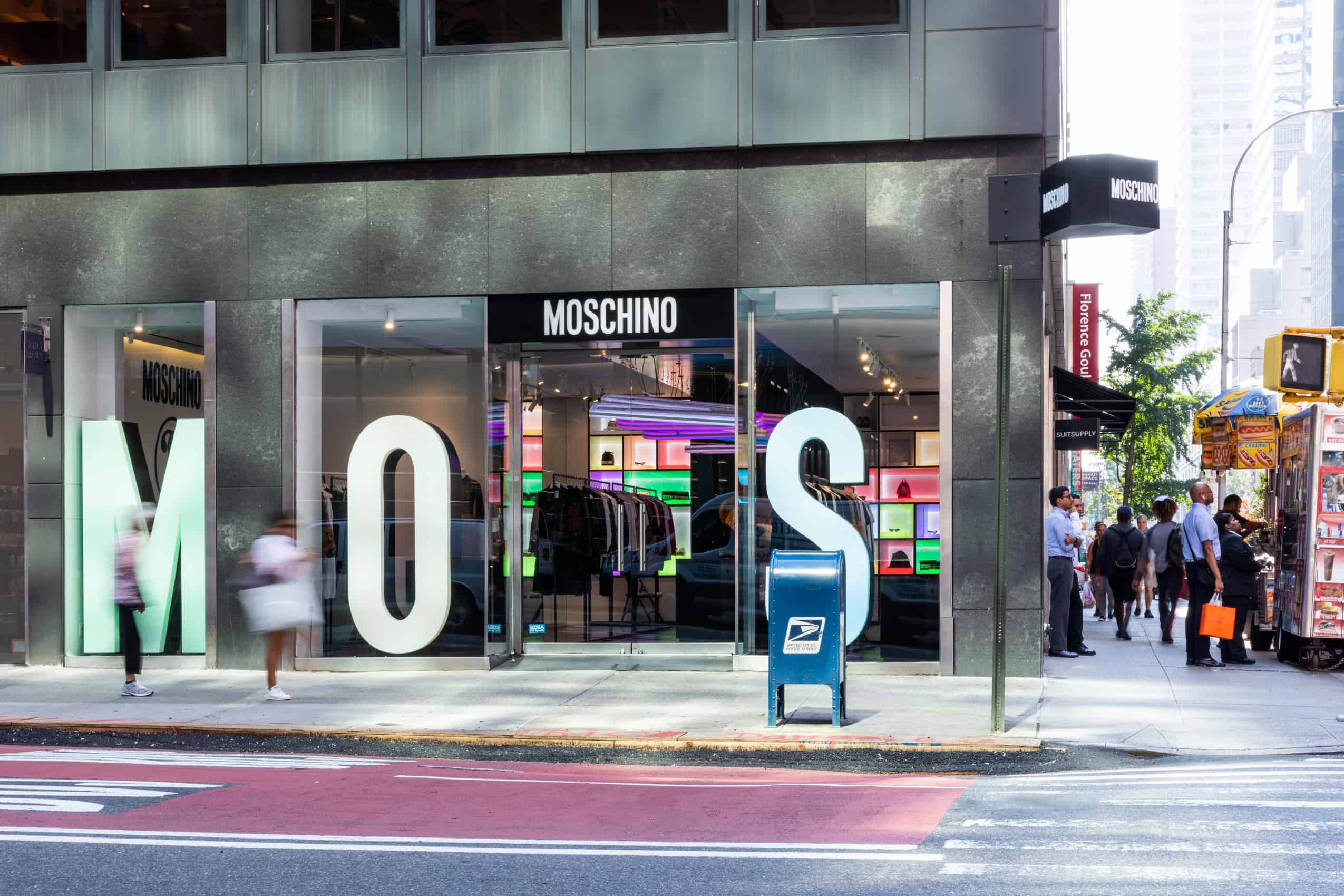 How has the summer been for you?
It hasn’t started yet. I’ve been working on December’s collection, that’s where I’m at. We go on vacation next week and so I’m racing towards the deadline of turning everything in and making sure everything stays on schedule. I’m going to Maui for my birthday, which is August 8th. I’m going to spend a nice little holiday in Hawaii, totally tune out, turn off my phone and swim in the ocean.

The Dynasty parody campaign starring Gigi Hadid, Irina Shayk, and Joan Smalls was so great. Tell me about it!
I love Dynasty, it’s one of my favorite show and I have all the DVDs and think it’s amazing. When I was thinking about the campaign, I naturally thought I would do another game show. It dawned on me, and this might sound a little arrogant, that I did the game show so well that I didn’t really know how I could do it any better. I did all the sets, I designed them all myself. They were all executed to my highest standard. I had everything done the way I wanted it to be done. I was already kinetic, people were already actress-ing and portraying the roles. I directed them all. I put so much into it and I just didn’t know if I could get much more out of it.

Yes, we could shoot people and do this again but the power of the punchline would kind of be taken out because you already knew it. I thought if I did something different with the decadence of the gowns and the jewels and that whole idea. I thought, “What if I did an homage to Dynasty and soap operas?” A super over the top homage. Steven [Meisel] loved the idea and so we just went full on for it. It was the most fun day of my life. Being with my favorite photographer and some of my favorite girls and bringing to life one of the shows I watched as a child that was so emblematic to me.

It was such a distinct marker of the ’80s and fashion and I will argue that [costume designer] Nolan Miller’s shoulder pads were what made people want to start wearing shoulder pads. The power of television and the power of what Aaron Spelling was doing before that with Charlie’s Angels, Love Boat and then Dynasty having Nolan Miller costume them shaped so much of our American, and then ultimately world view of glamour.

He was incredible.
Nolan Miller, RIP, I was so lucky because he called me once. I said something nice about him in an interview in W and he called me to thank me and gave me all these Joan Collins stories that were fabulous about working with her. He was such a lovely man. I digress a little bit but that’s all it was, just pure fandom. Loving the show growing and up still being such a fan of it and getting to bring it to life with Stephen was a dream come true. I’ve never laughed so hard in my life on that set. The girls were just going at it. Falling on top of each other and pulling each other’s hair and really going for it on their own.

I gave a little direction like, “Irina shake your shoulders more when you walk in, get really over the top! Bust through the doors and go left right, left right!” Something like that but I wasn’t like, “Okay pull her wig! Pull her hair!” They were considering on their own. Gigi and Joan and Irina were like, “Okay this time I’m going to pull your leg and drag you across!” They just made it so much fun and bravo to them because it wouldn’t have come alive without their enthusiasm and their playfulness and inhibition to go there. It was a fabulous fun day. I’m so glad people have responded so fondly and favorably to the campaign.

See more of the Good Luck Trolls Collection below. 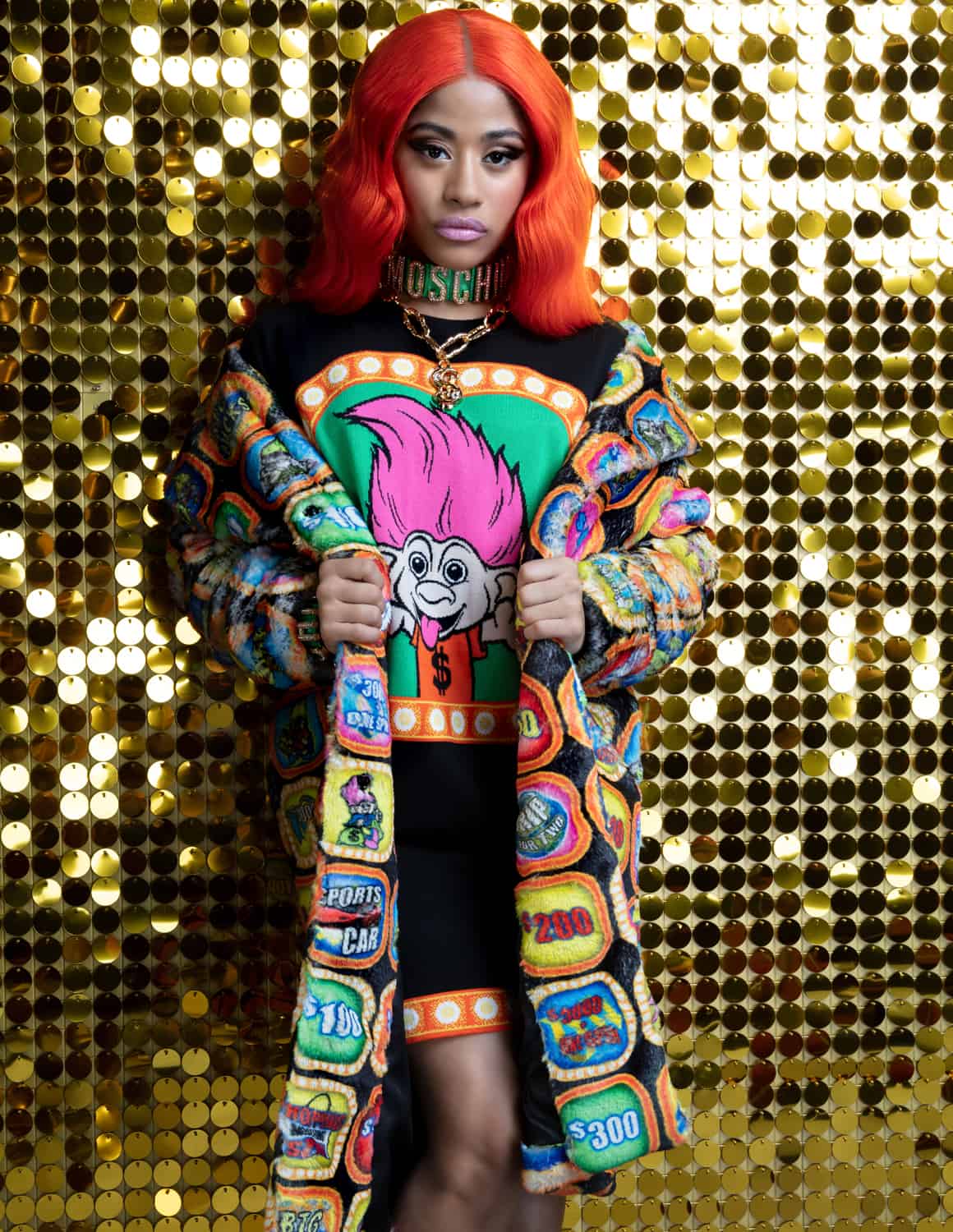 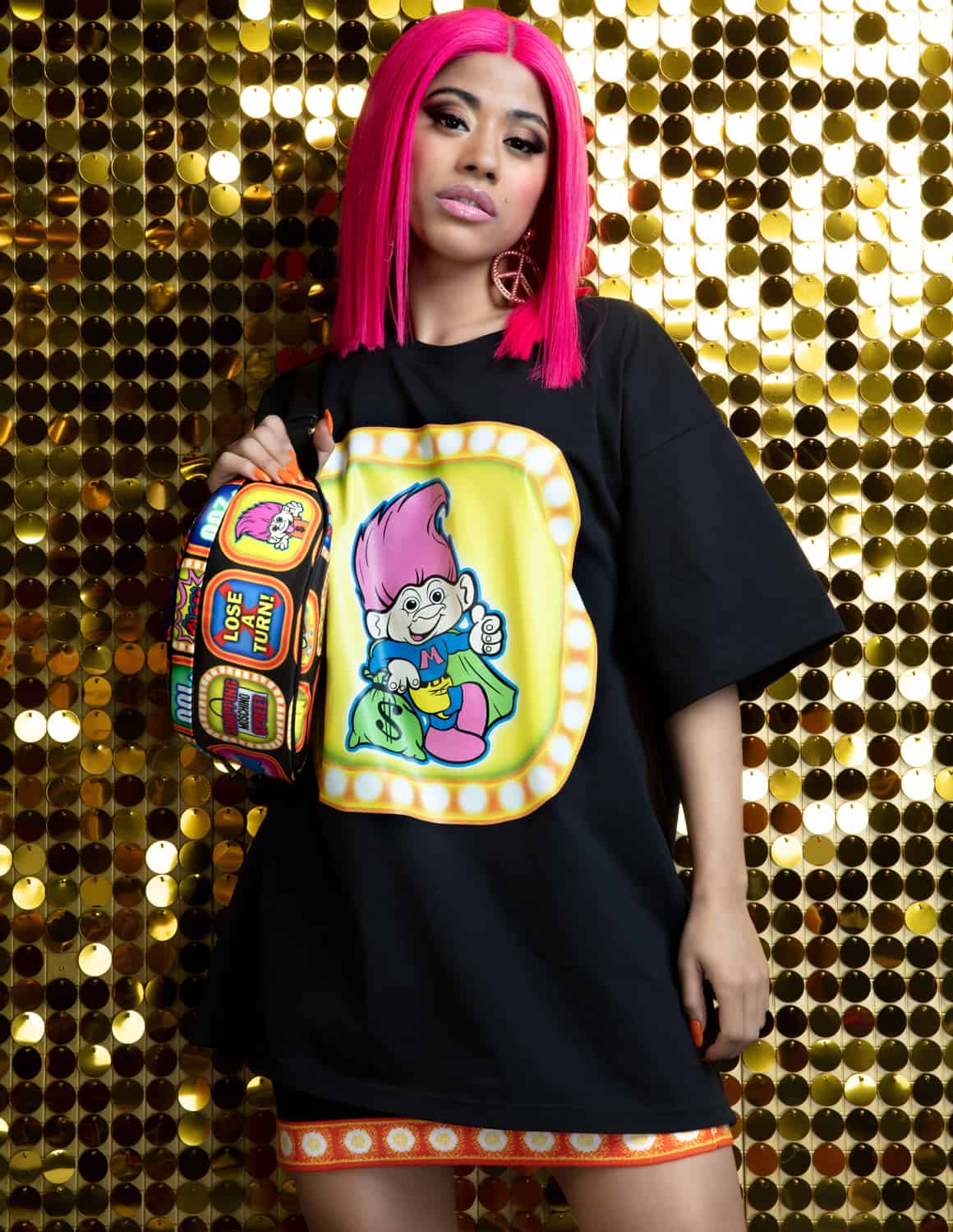 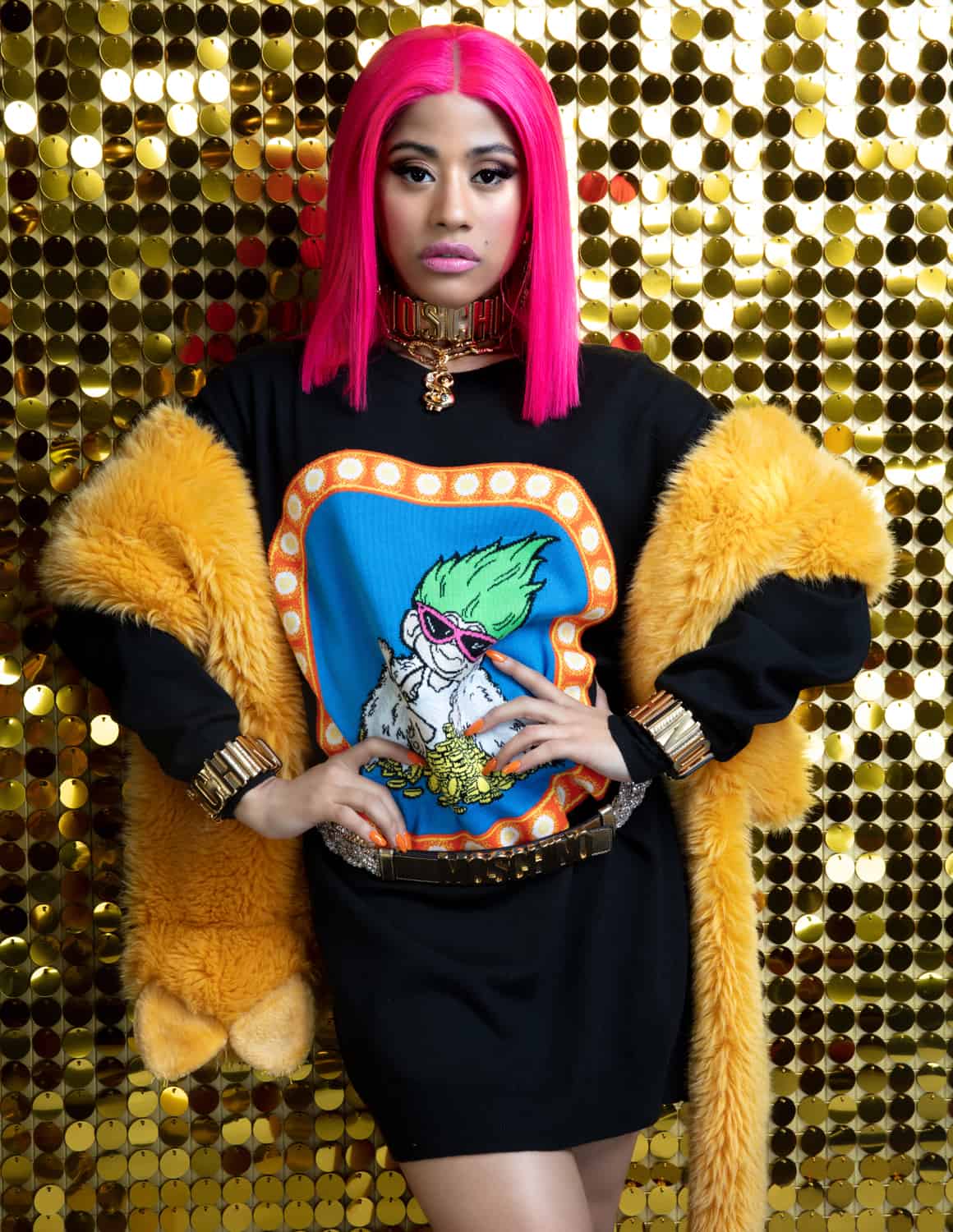 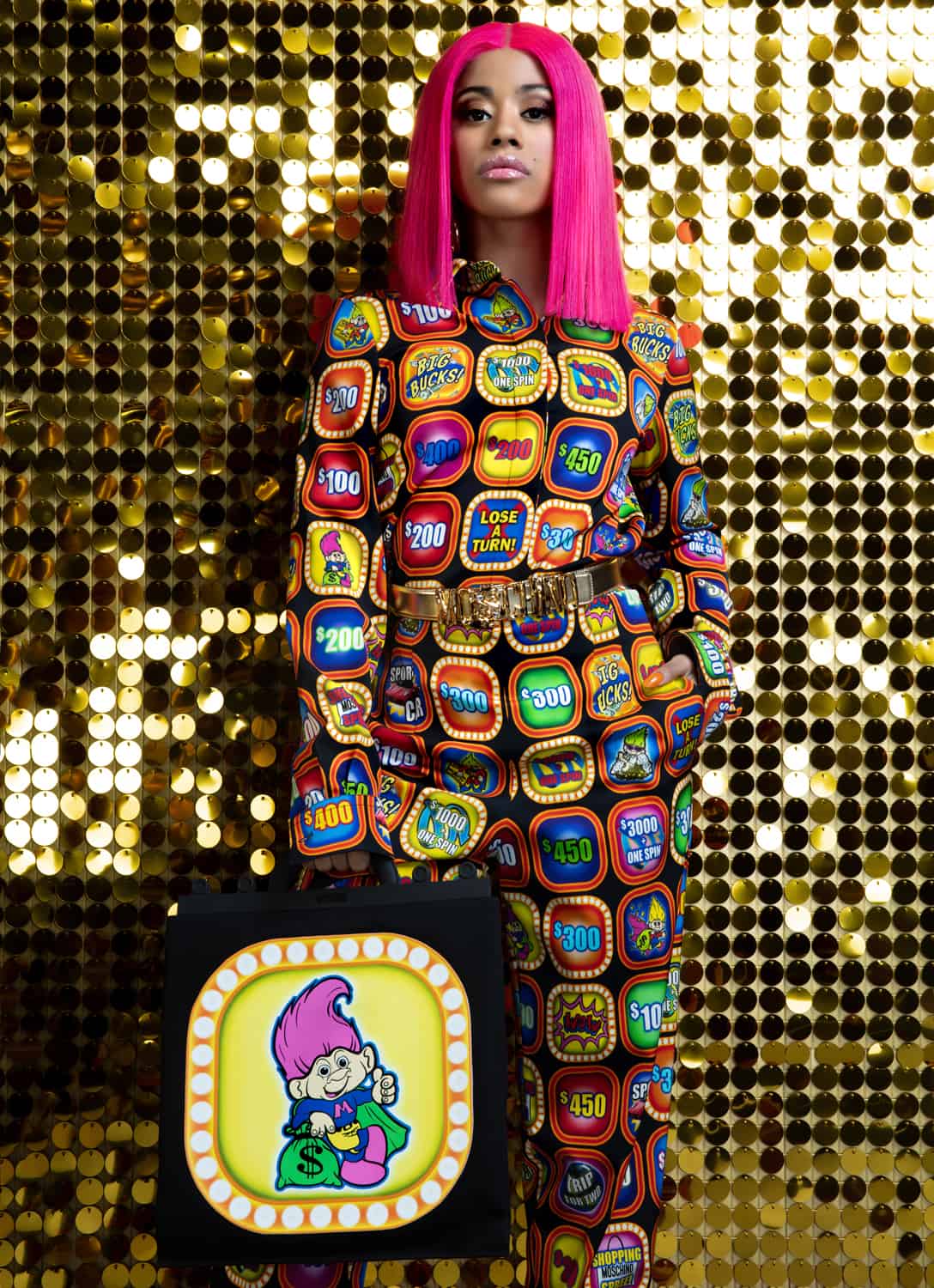 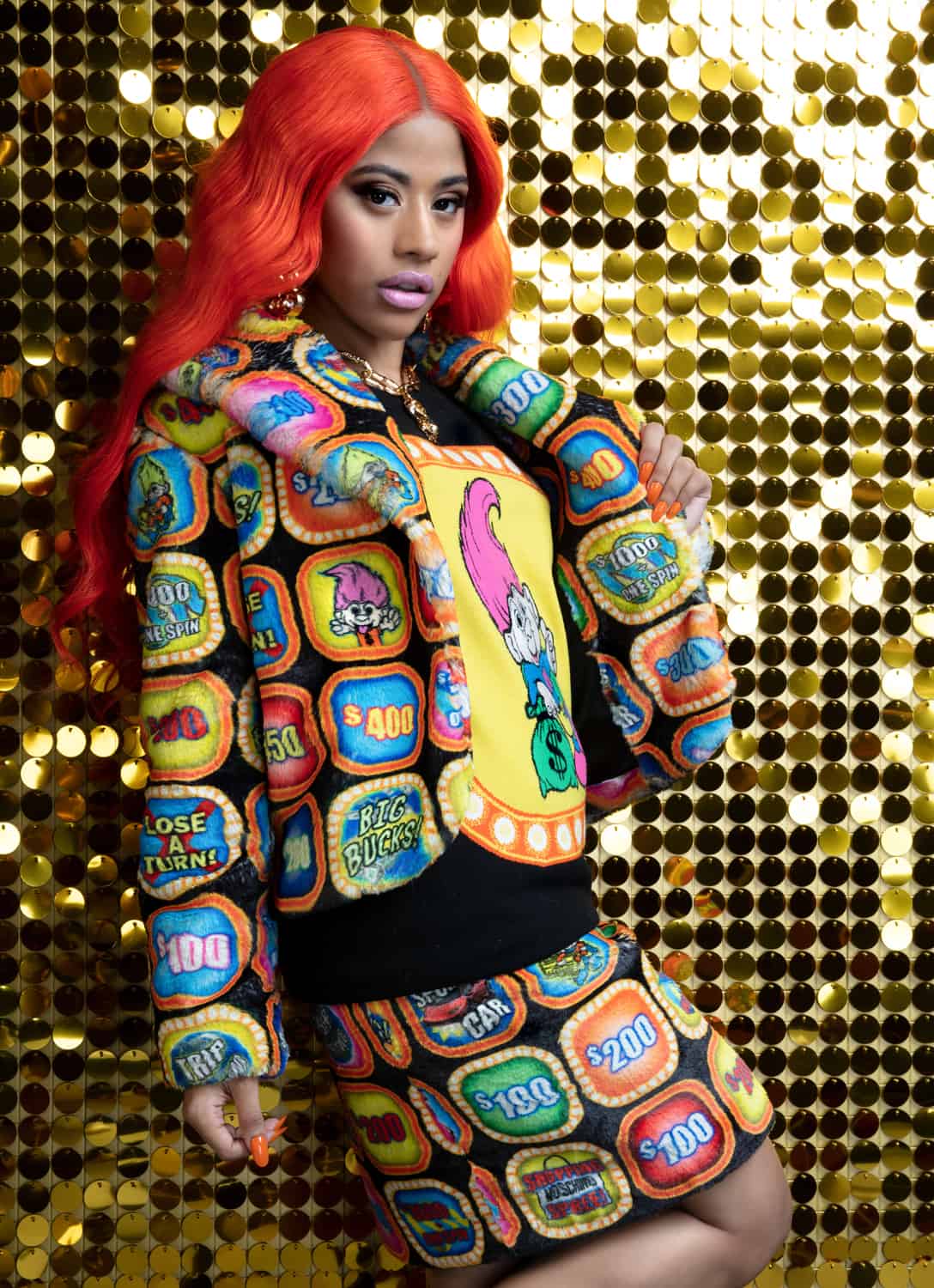 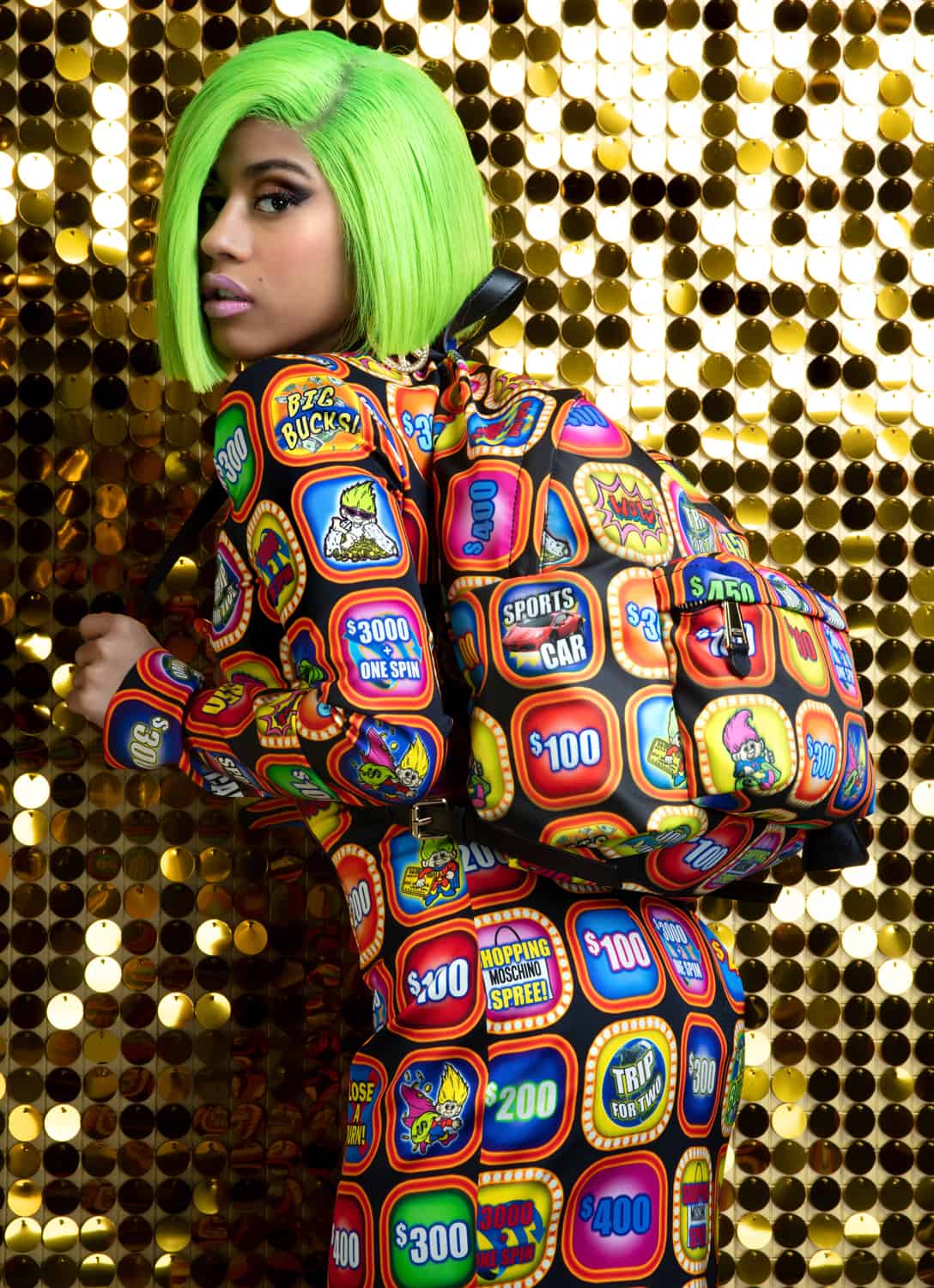 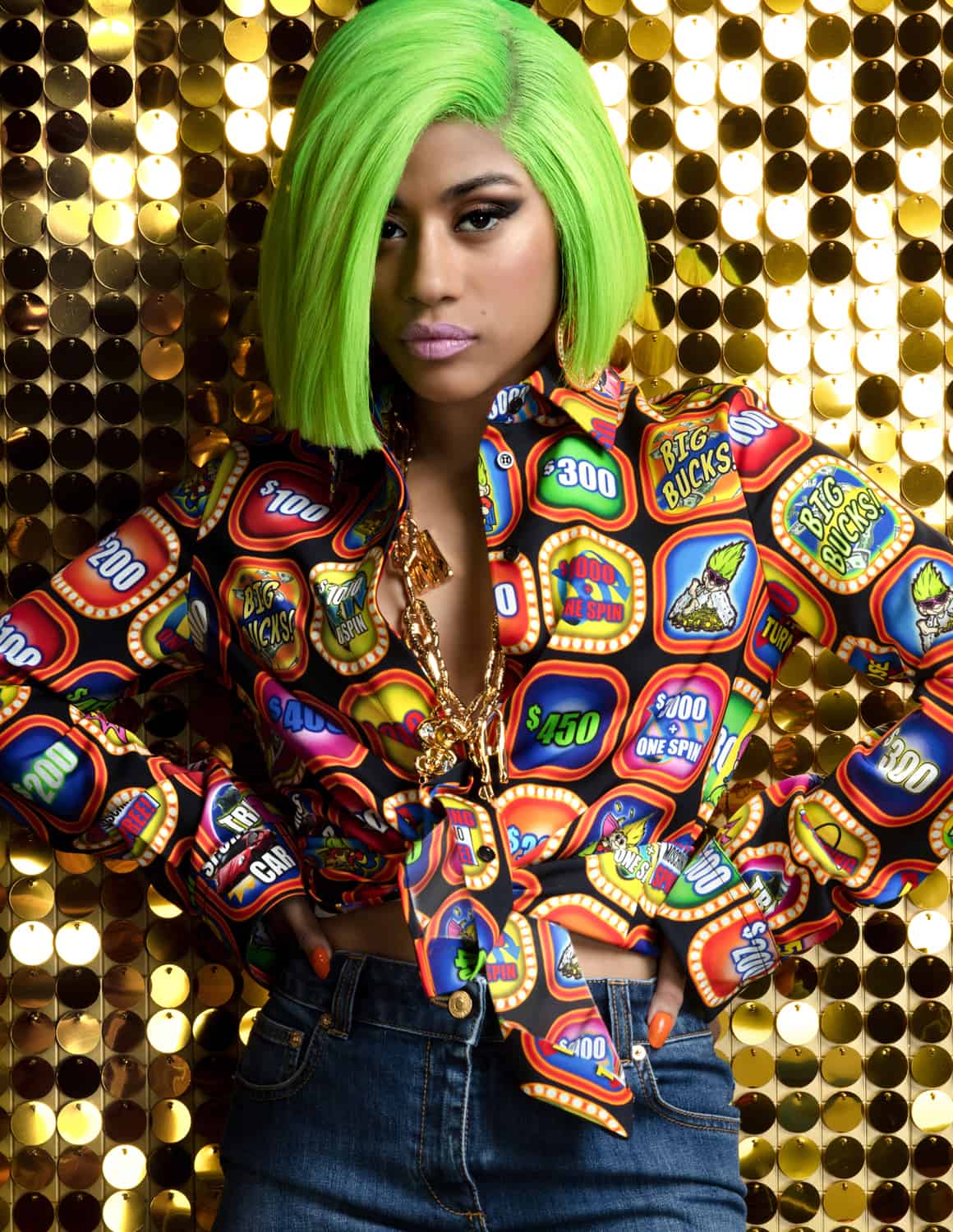 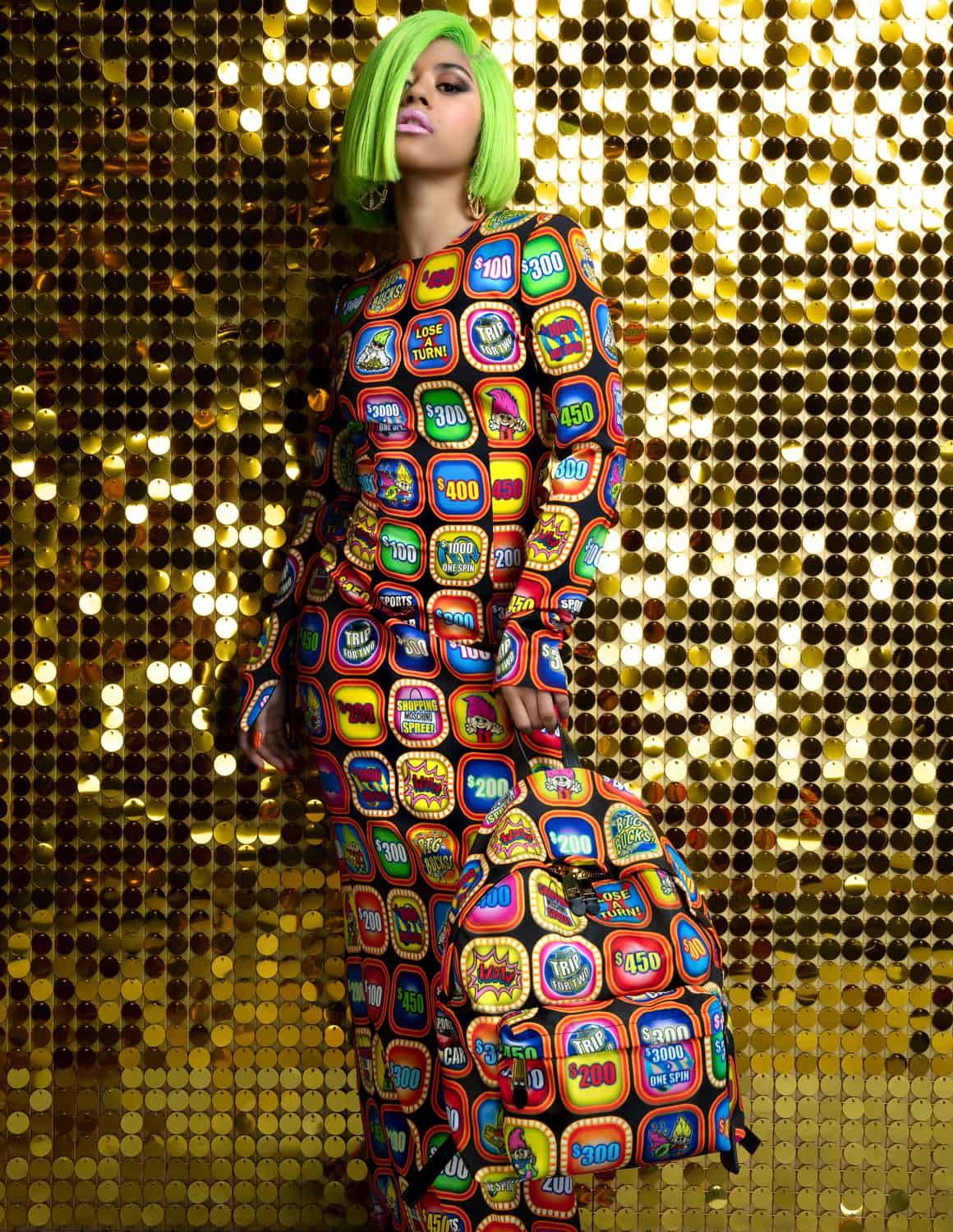 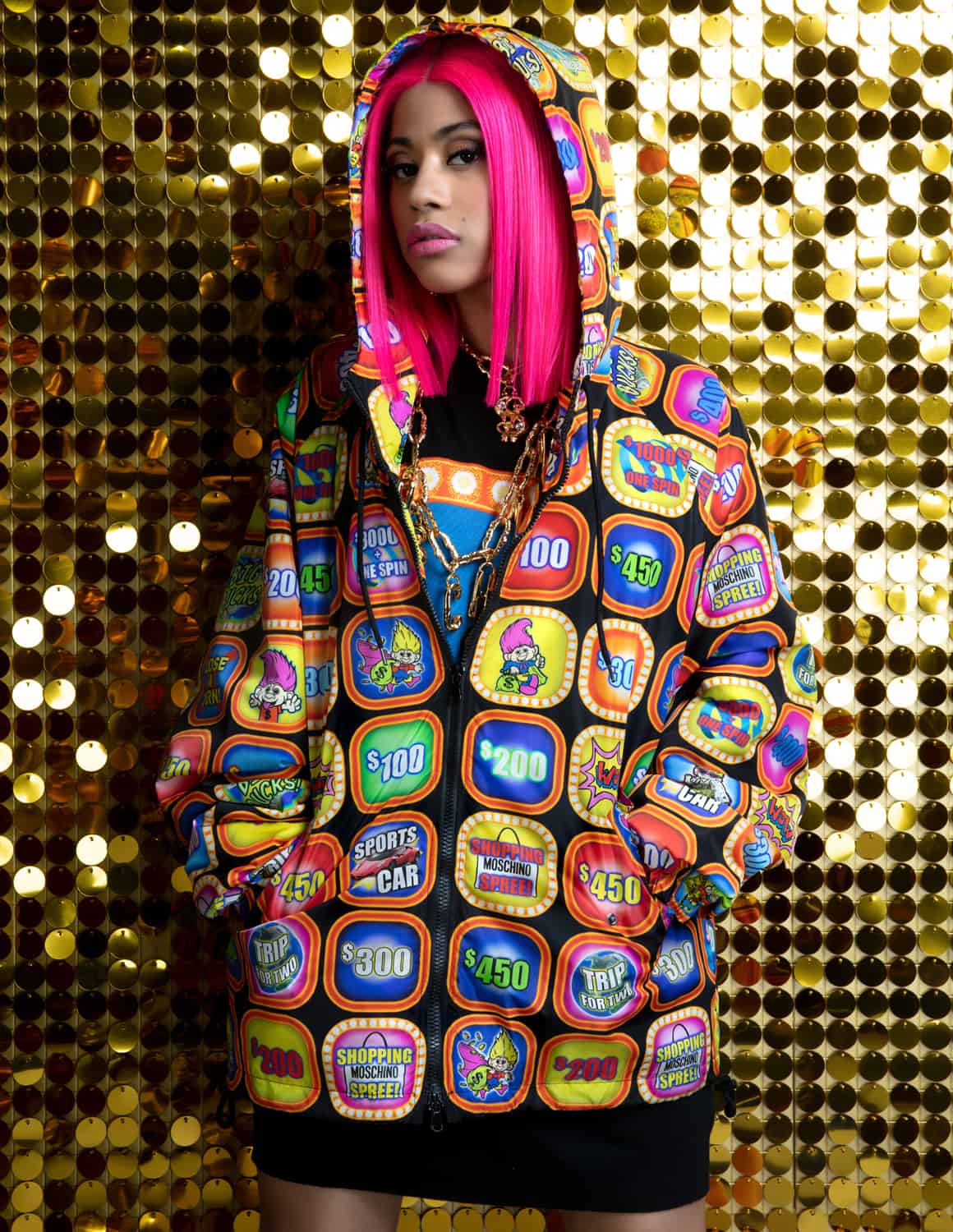