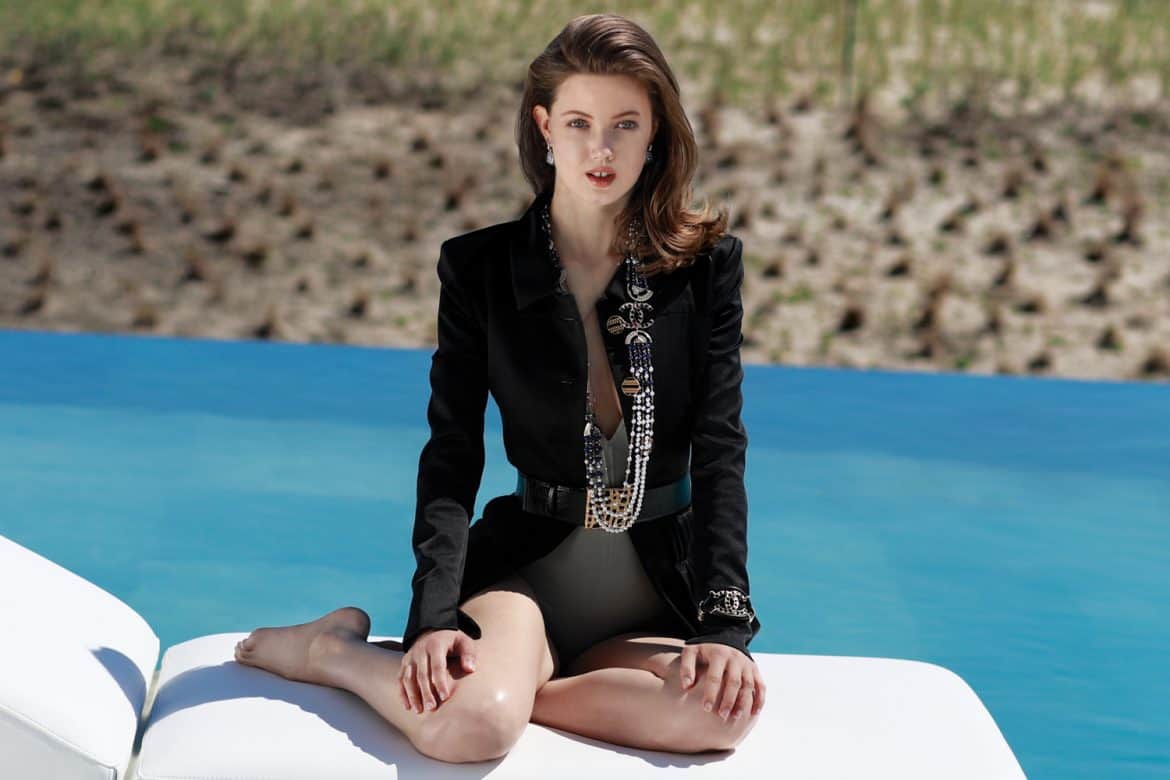 The fashion world was crushed when Lindsey Wixson-Young left the business at the height of her career due to a foot injury, but this year, she returned to where she belongs. The recent newlywed tells The Daily Summer about how she spent her time off (you won’t believe it!) and the major change in her life.

Tell us a little bit about your summers growing up in Wichita, Kansas.
I grew up in a small suburban house. I learned how to ride a bike, and my parents put up a small pool in the backyard. We had a huge backyard then, and we would sit in the hammock and just relax. The daily leisure was just hanging around the neighborhood, and I had a few friends I would play with. They were really into video games and I wasn’t allowed to have them in the house, so I would go over to their places and play them there. I would also run around in the grass, play in the sprinkler, chalk on the sidewalk, that kind of thing.

We know that you’ve been to the Hamptons quite a bit. What do you do out here?
I usually eat food, because there are a lot of great restaurants there. I went to the 1770 House in East Hampton and had a burger with my husband, for example. We stayed at The Maidstone, which was very nice, and our cover shoot was in a mega mansion, which was over the top. There was just so much space and a serious view; it even had its own beachfront… overall, pretty epic! 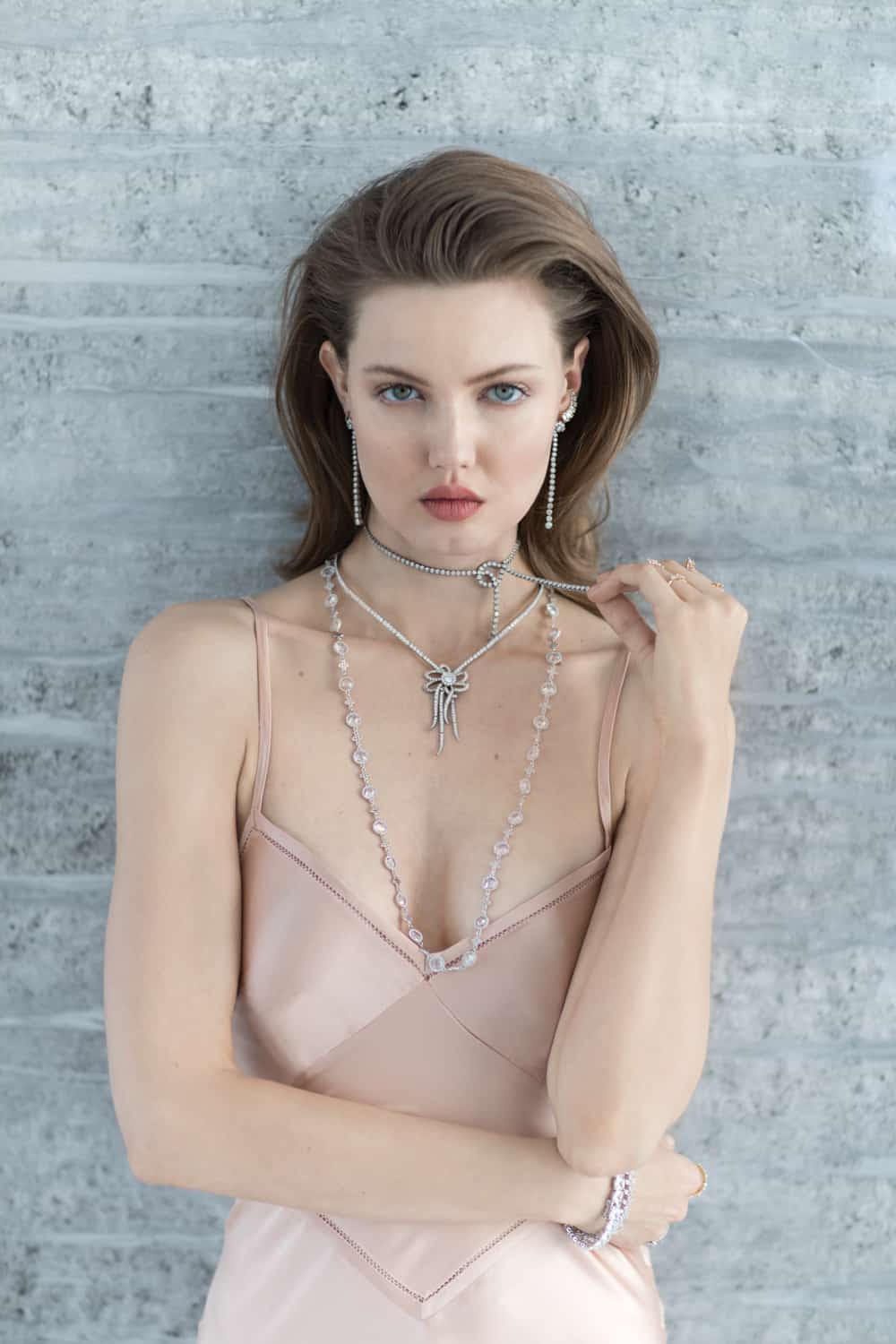 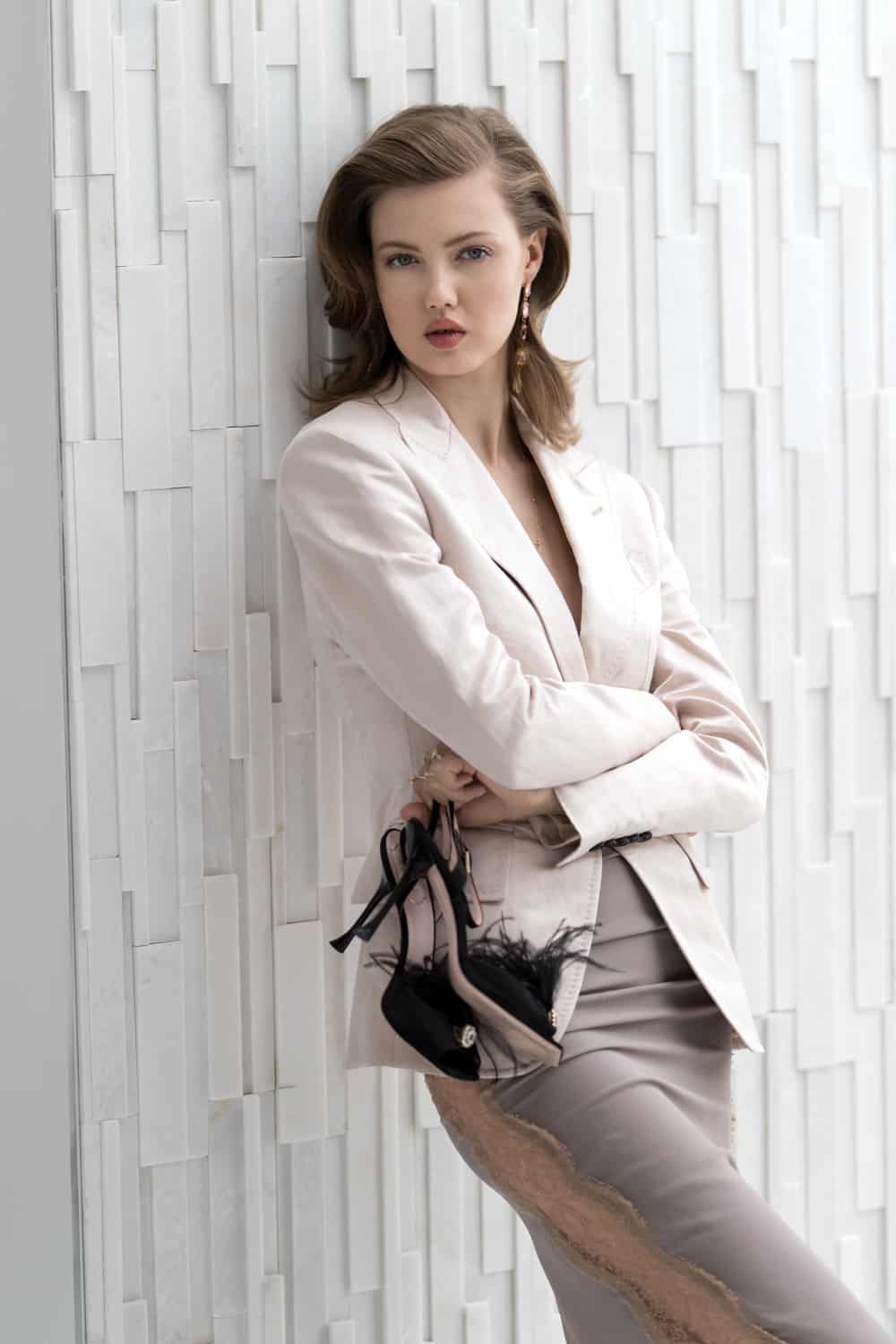 We understand that you’ve referred to the Hamptons in the past as Disney World. What do you mean by that?
I only meant that as a metaphor, because I saw the Hamptons as special and unlike any other place on earth. From the perspective of a 6-year-old, it could be considered like Disney, because it has been groomed and manicured in some way.

You took a break from modeling. Why did you do that, and what did you do during your break?
I had to take a year and a half off — from 2017 to 2018 — because of some ligament tears in the ball of my foot, which were caused by wearing heels and working really hard in the past eight years as a model. Through that wear and tear, I took my sabbatical to create more of my own pottery, which I haven’t had a chance to do in a while. I would like to get back into that.

Where did you go when you left New York?
I went to Seattle, over by the Discovery Park area, and I stayed in a family home of the guy I was seeing. Then, I decided to go back to Kansas and work on my house and get a day job. It was all rehab for my feet.

We hear that you worked at a restaurant.
I worked there as a barback from April to August 2018, and after starting out working five-hour shifts, I was able to work up to seven-hour shifts, walking around with sneakers on the concrete. That was actually when I decided that I was really sad about not modeling, and I wanted to do it again and give it a shot. I contacted my agent and next thing I knew, I flew to L.A. in late August and talked about a plan for Fashion Week, and who we should approach. That’s when we decided to approach a very loyal designer, Miuccia Prada of Prada and Miu Miu. She was excited to work with me again. 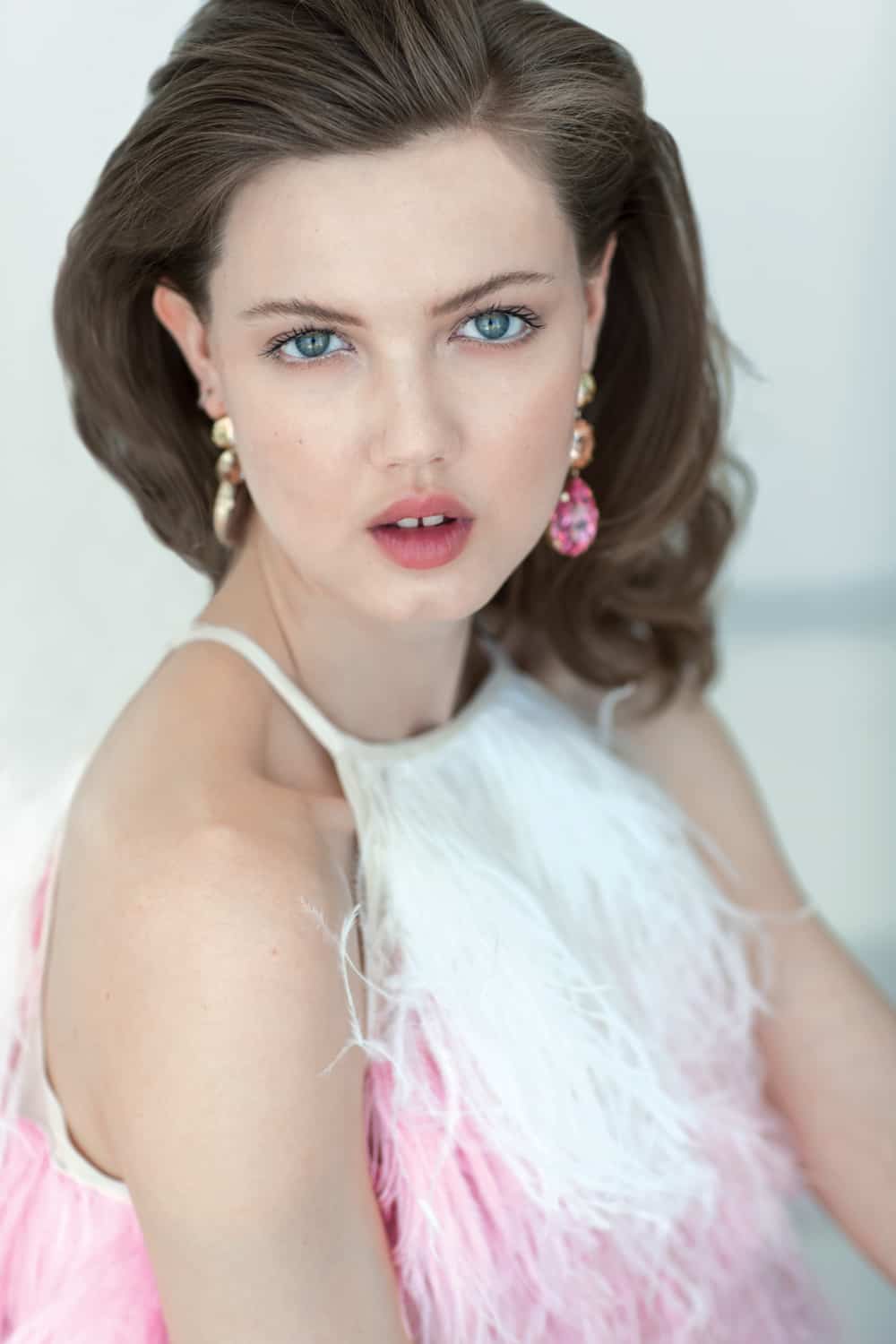 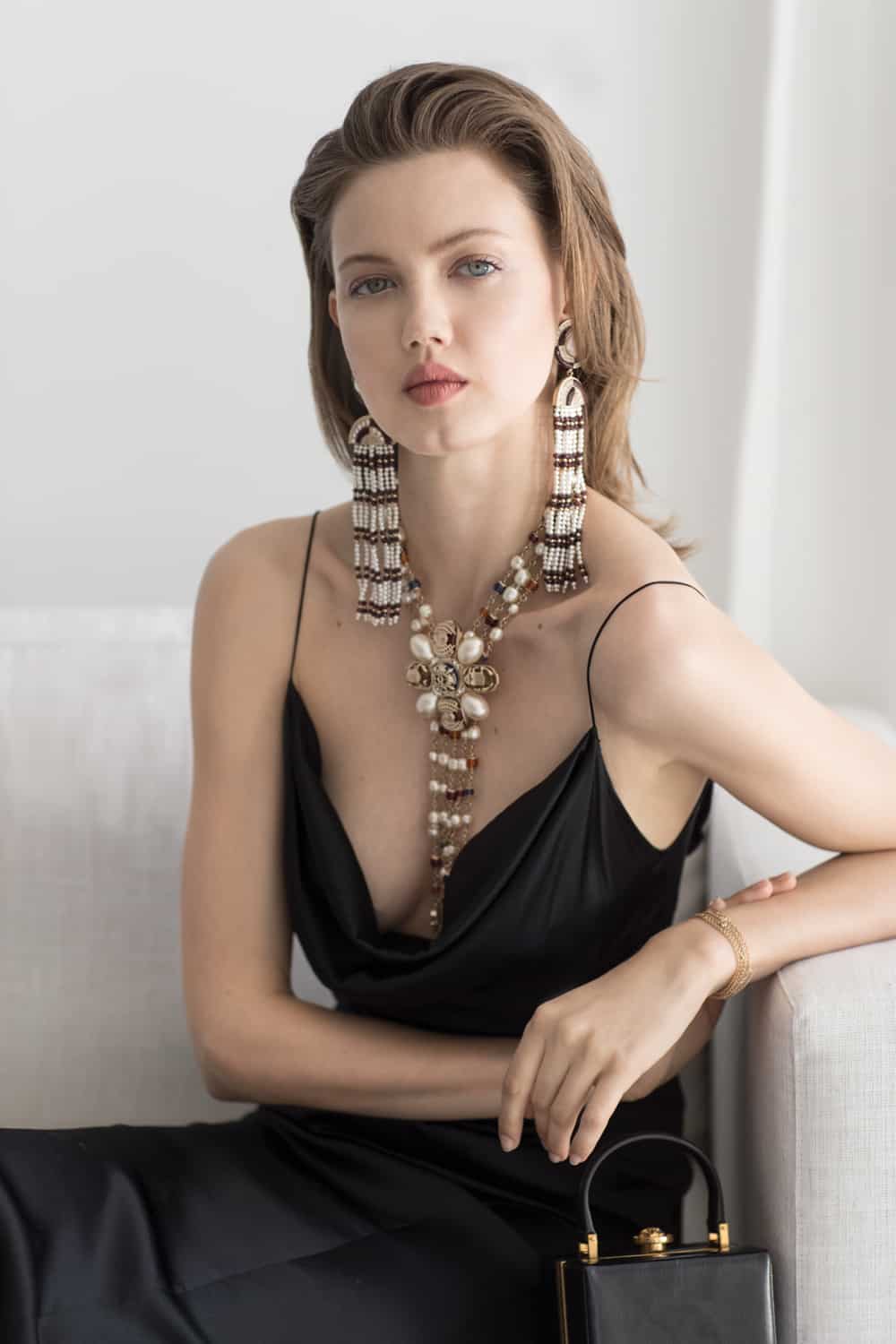 What did your co-workers at the restaurant think of your former career?
Some of the people who worked there googled me and found a picture of me from a shoot I did with The Daily Summer. My restaurant co-workers were all whispering about it in the kitchen. At first things were really awkward and weird, but they took me seriously because of that. I think I got special treatment.

What did you miss about modeling?
The people. The models. It was great to reconnect with models at different shoots, because I felt isolated and disconnected from everyone for a while. The guy that I was with [at the time] shunned the whole industry. He told me it was exploitative.

You ended up meeting a great guy. Tell us about him!
My husband [Two Hawks Young] is a designer who works independently with an agency in New York called De Facto. I love him to death.

Where did you get married; what was the wedding like?
My husband is of Native American descent, so we had it on his tribal land at Arcadia Point in Shelton, Washington. It was on the coast overlooking Squaxin Island and Hope Island, and right in the middle is the view of Mount Rainier. It was pretty epic. 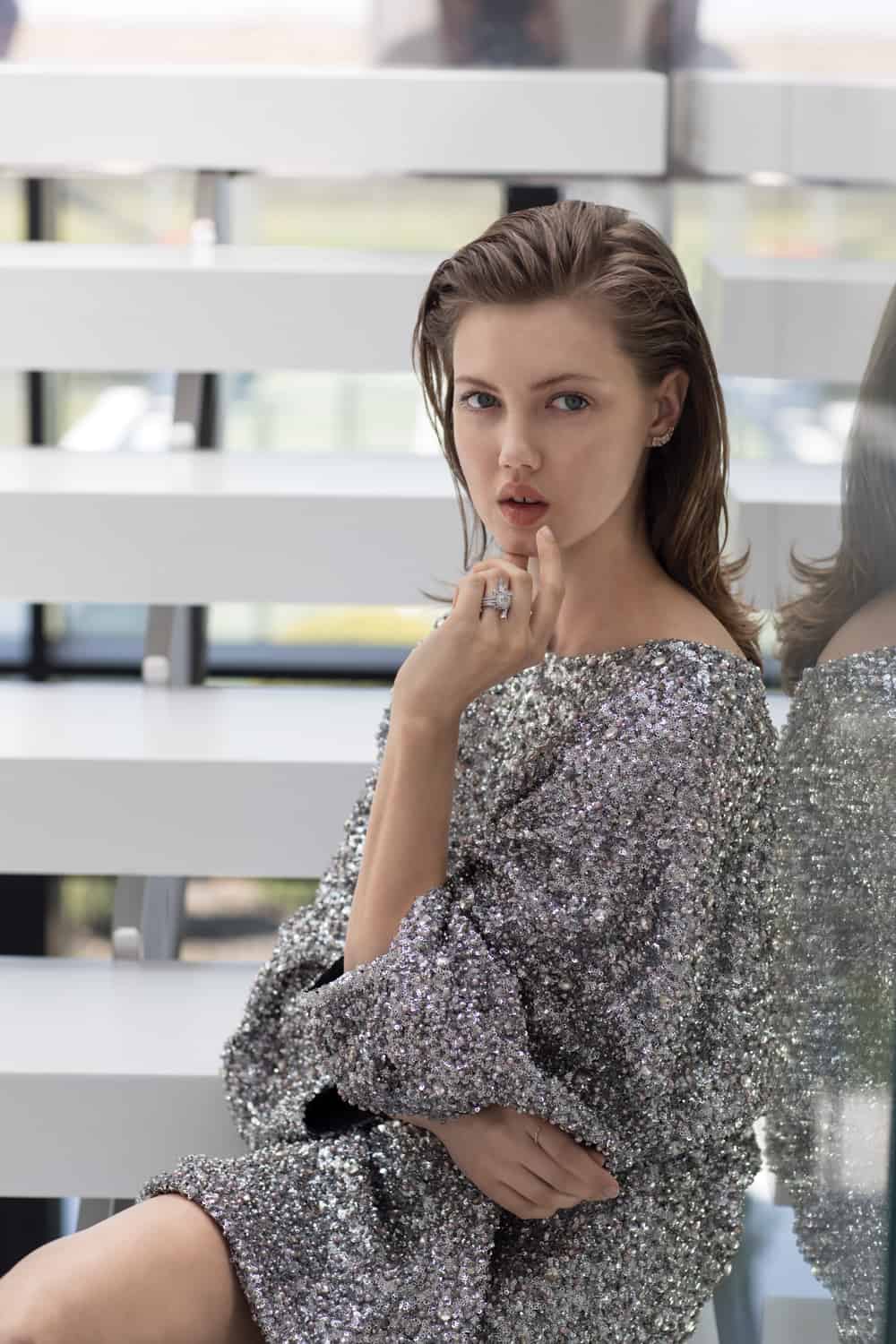 Are you changing your professional name to Young?
I actually have already gotten my marriage license, and I am changing my name to Lindsey Wixson-Young for legal purposes and professional purposes. I am keeping both last names.

What have you been working on since you returned to modeling?
I did the Fendi show in Milan and Shanghai, the Marc Jacobs show, the Zac Posen Resort lookbook, which I styled myself, plus shoots for American and British Vogue.

What are your summer plans?
I have already had a great summer. I went on my honeymoon, split between Croatia and Copenhagen. I go to Copenhagen every summer.

You once said that you wanted to be Amelia Earhart and do it all. Is that a quote you still live by?
I probably said that when I was 16. Now I’m 25. I’m more realistic with my destination, and where I am trying to go now. For me, my top priority is to design furniture, design interiors, do my own little projects here and there. Maybe some pottery. But flying and being in the air is kind of the last thing that I want to do right now. I’m even skeptical about parachuting.