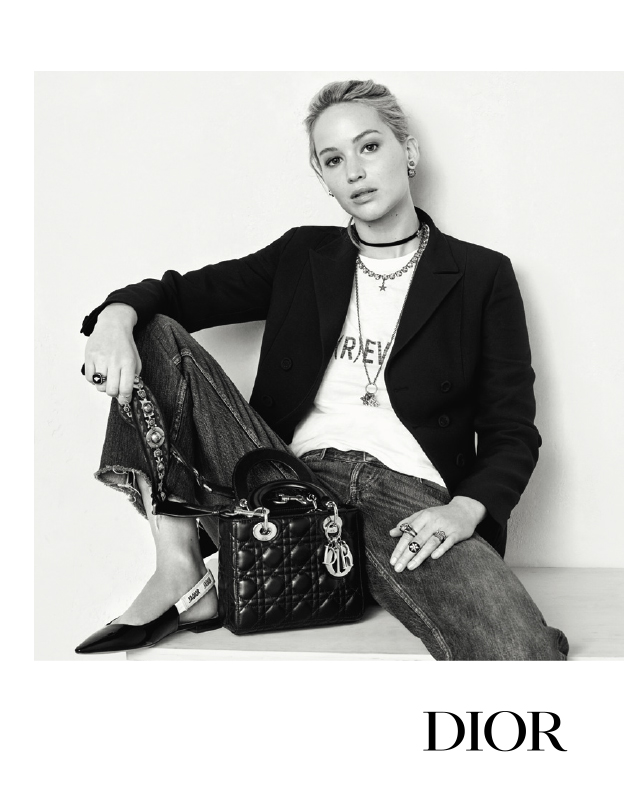 Jennifer Lawrence, who joined Dior’s cast of characters in 2012, fronts the French fashion house’s Fall 2017 campaign lensed by Brigitte Lacombe, who also shot the house’s Spring 2017 campaign, which starred twin models Ruth and May Bell. Dior’s artistic director Maria Grazia Chiuri showcases the Oscar-winning actress’ personal style in a series of black and white photographs. In one shot, the beauty poses on and in another, stands against a white wall while donning a more casual, modern look. She wears a t-shirt that reads “We should all be feminists,” jeans, a Bar jacket, and minimalistic jewels including multiple rings and good-luck necklaces featuring birds and stars. On the bag front, there’s some new arm candy to keep your eyes out for, including the iconic Lady Dior bag, which Grazia Chiuri has revisited with new charms and a bohemian look topped with an oversized shoulder strap.

The campaign also features the artistic director’s new creations for the season, like the C’Est Dior, inspired by a bag in the house’s archives, and the DiorAddict, a new accessory featuring a cannage pattern and clasp borrowed from old trunks. While most of Dior’s ads tend to be more over-the-top, this campaign seems to be made for the modern millennial woman.

The campaign is slated to hit the May editions of magazines. There will also be a video featuring Lawrence to be released on May 1. Stay tuned! 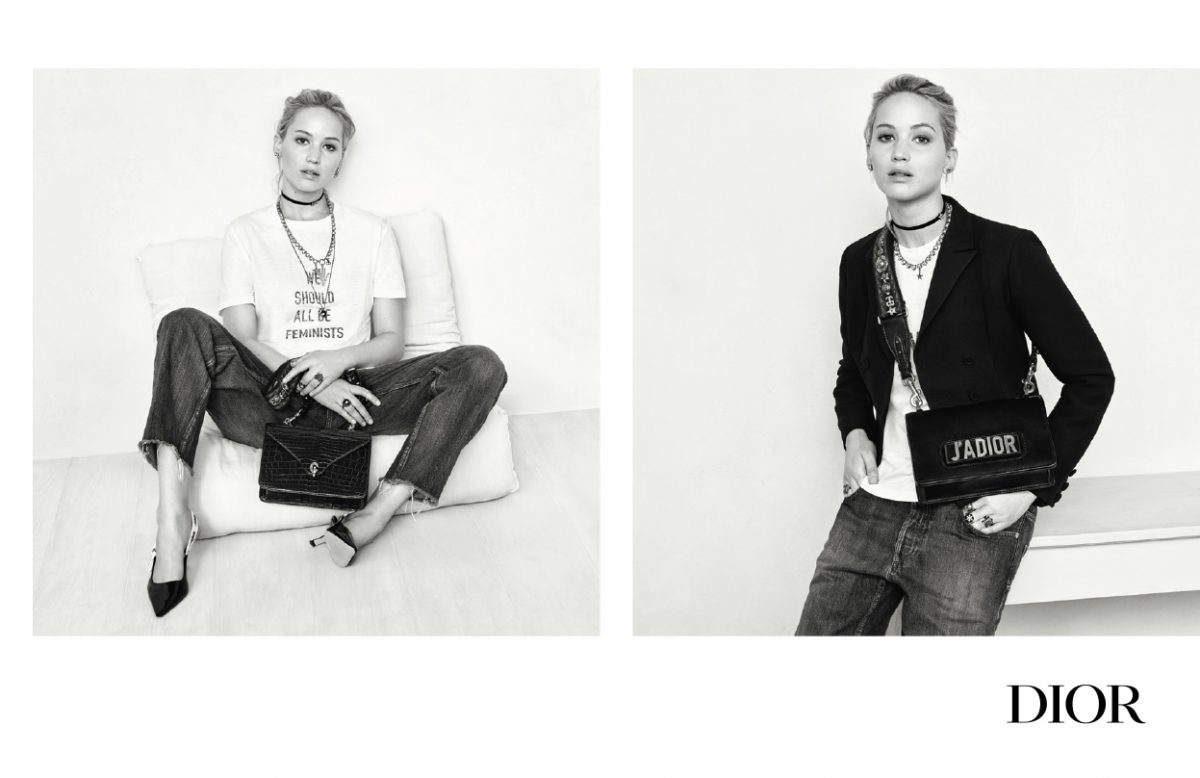 Dior Goes Into the Woods for Spring...

Dior Collaborates With 11 Female Artists for...