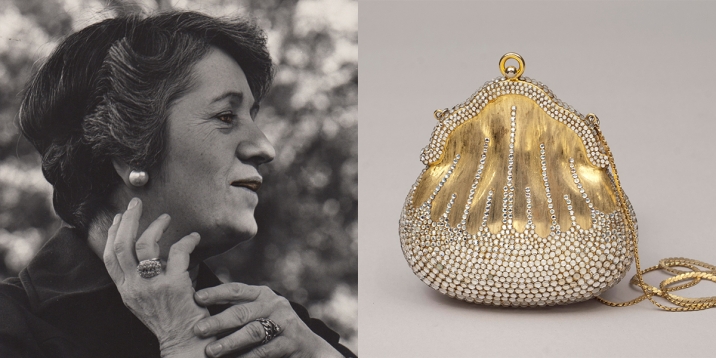 A new exhibit highlighting the life and craft of iconic handbag designer Judith Leiber—dubbed Judith Leiber: Crafting a New York Story—will be on display at NYC’s Museum of Arts and Design from April 4 – August 6. The exhibition will track Leiber’s rise from pattern-maker and Holocaust survivor to female entrepreneur, making her one of the most influential fixtures in accessories and beyond. Viewers will get to explore nearly 100 handbags (she designed over 3,500 handbags in her lifetime!) as well as wax models, letters, photographs, and other ephemera to learn the history of the designer’s namesake company, which she founded in 1963 at 42-years-old, and helmed through 2004, when she designed her last creation.

Leiber brought a distinctly European training and skill set to her work in the U.S., where handbags were typically made via assembly line. Her work was inspired by a lifelong admiration of art, travel, and opera—some of her arm candy was Art Deco-influenced, while others featured materials like lucite and seashells. She also referenced the artwork of Sonia Delaunay, Piet Mondrian, Georges Braque, Louis C. Tiffany, and Charles Rennie Mackintosh and has collaborated with Faith Ringgold on a collection of bags inspired by the artist’s quilts.

“MAD is thrilled to host this timely exhibition of Judith Leiber’s work as part of our spring fashion series, The Art and Craft of Getting Dressed,” said Shannon R. Stratton, MAD’s William and Mildred Lasdon Chief Curator. “Leiber is a designer, but she is also a craftswoman. This exhibition reminds us of the skilled making and tacit knowledge that we often take for granted, but that lie at the root of the designed objects we live with.”