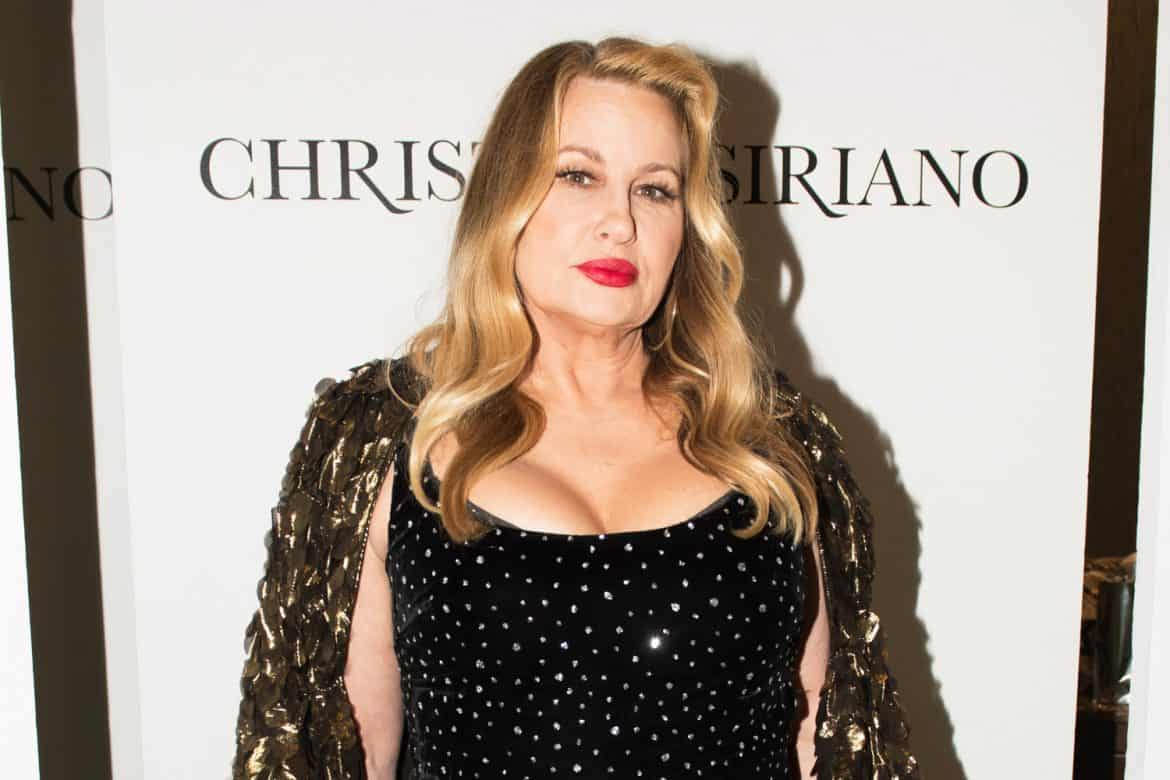 This is your first show ever? What’s taken you so long?
I don’t know. I was on a show for a long time and the week we were filming always conflicted with fashion week. I’m such a fan of Christian and I really wanted to come to this.

We hear that Christian has you on his inspiration board. Did you know that?
Noooo. I am? I’m on his board? That’s so nice.

What made you want to come see his show?
I’m tall, I’m bigger than a lot of actresses, and he really knows how to make a woman feel feminine. I’m attracted to that and he’s such a nice person. He’s so talented and so humble. You could tell he was a really cool person. There wasn’t an outfit that I didn’t like or want for myself. There was one that was kind of sheer showing a lot skin; maybe I wouldn’t wear that one.  But I thought the show was extraordinary.

What do you think of the backstage pandemonium?
It’s not as catty as I’d hoped. There’s really nice people saying, “Excuse me.” I was expecting it to be scary. I was kind of hoping for that! A slap in the face! I haven’t ever been to a show. I’ll come back!

What are you working on now?
I did a movie with Tiffany Haddish, Rose Byrne, and Selma Hayek that’s coming out in January. There’s rumblings of a Legally Blonde sequel happening. And I was just in London promoting the 20th reunion of American Pie.