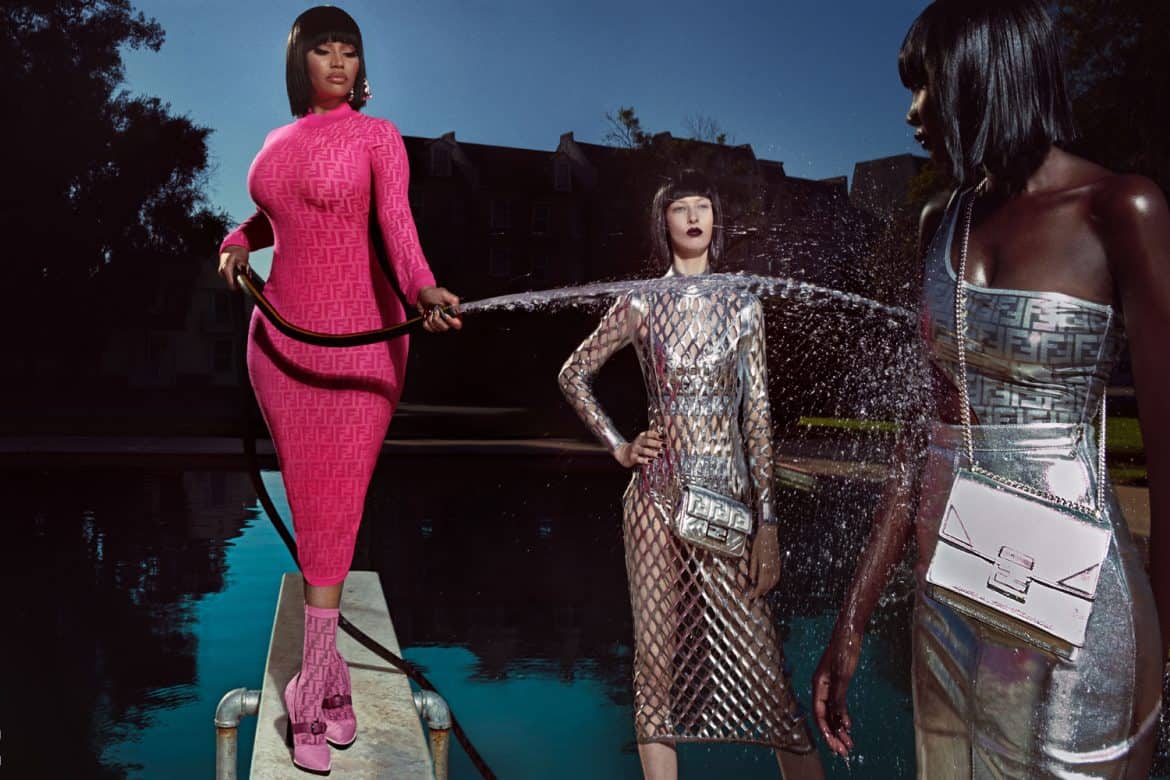 Nicki Minaj Has Designed a Capsule Collection for Fendi (Elle)
It turns out being a vocal fan of a brand is a really great way to get their attention. In her 2018 song “Chun-Li” Nicki Minaj freestyled the line “Fendi prints on.” She wound up wearing the brand on the cover for the single as well. Now, she’s releasing a capsule collection for the label, aptly titled Fendi Prints On. “I can’t believe that when I was doing that little picture that day, with the Fendi jacket and Fendi panties on…that the actual company would think that that was dope,” Minaj tells Elle. “To know that they liked it that much, and now it’s on a T-shirt, is so iconic to me.” 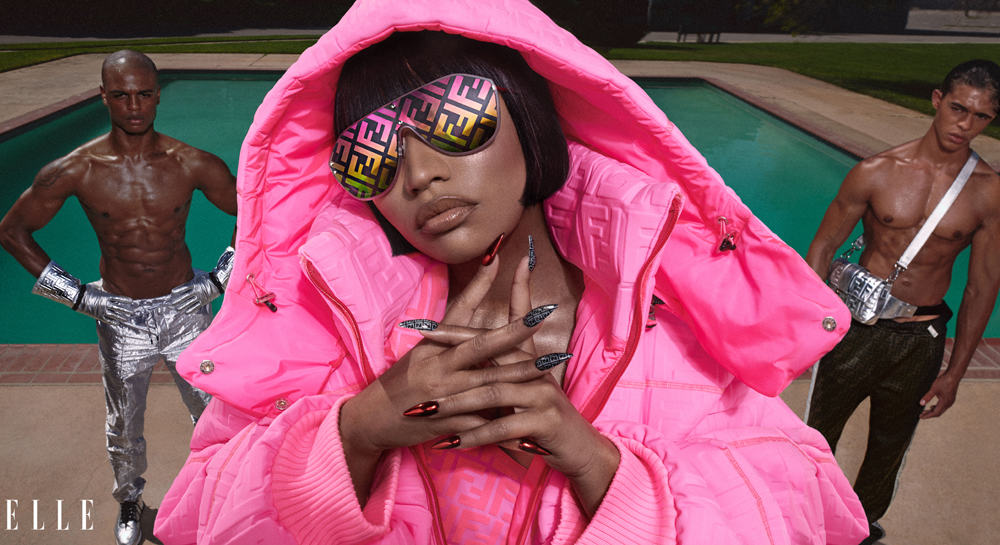 The collection — which launches online October 14, and will be available in Fendi boutiques October 16 — is body conscious, and features lots of pink. “I want to make clothes that make girls with my body look sexy,” she says. Additionally, Minaj promises that items in the line will be accessibly priced to all of her fans. “If I’m going to do Fendi, I want to feel like I’m back in Southside Jamaica, Queens, New York, wearing Fendi. I don’t only want to be front row rocking my Fendi; I want to be in the hood rocking my Fendi, too.” 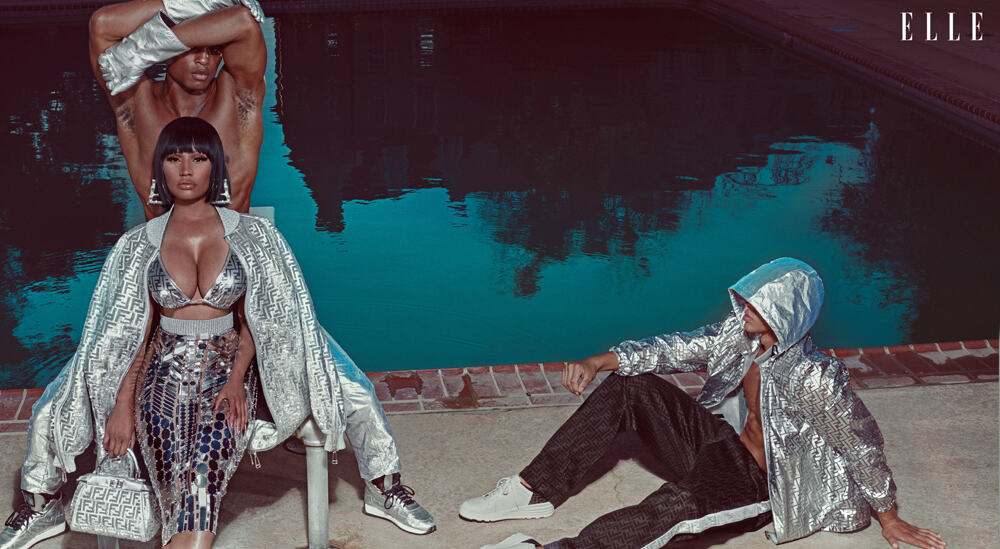 Ralph Lauren Is Creating a Rachel Green Collection (Harper’s Bazaar UK)
Friends is celebrating its 25th anniversary this year, and to help celebrate Ralph Lauren is creating a capsule collection based on Rachel Green’s style. Lauren isn’t doing this because he’s a mega-fan of the show (although maybe he is? Who knows!), but because he was actually part of the story. Green, played by Jennifer Anniston, worked for Lauren in the series. The designer even made a cameo appearance in an episode. 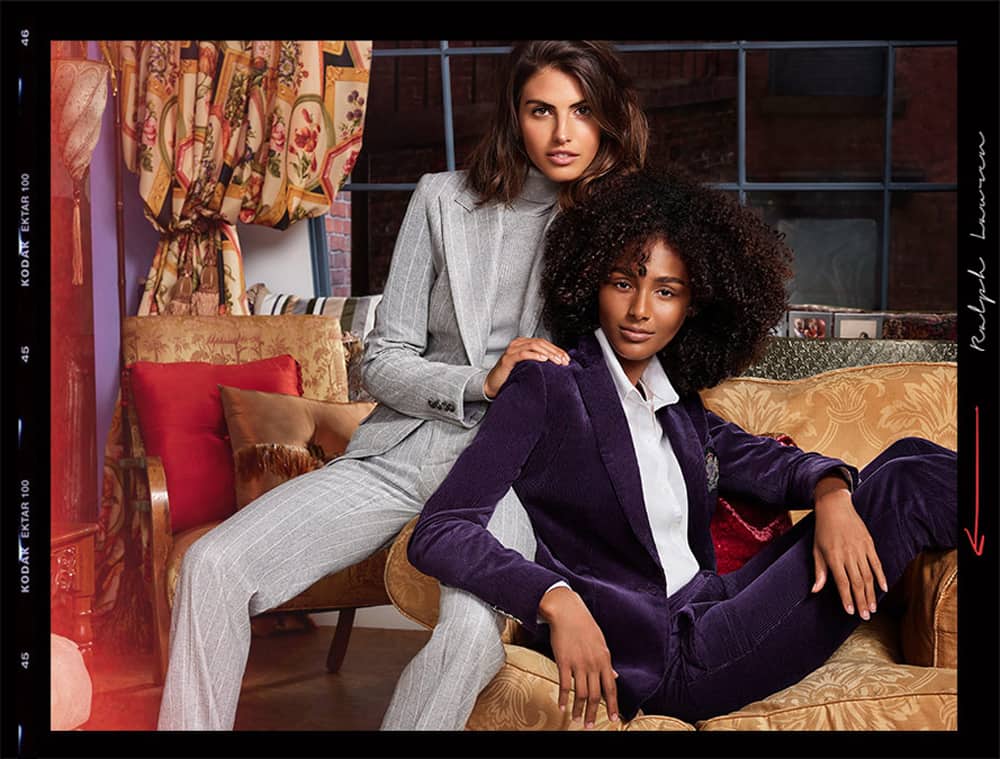 Can Lorenzo Bertelli Help Modernize Prada? (The New York Times)
Lorenzo Bertelli, son of Miuccia Prada, joined the family business only 18 months ago. In that time, he’s been behind the brand’s biggest forward-thinking project to date: an effort to make all of its nylons sustainable by 2021. But in a new profile of Prada at large, it sounds like the Millennial-aged Bertelli (he’s 31) is modernizing things at the brand in smaller ways as well.

“It took months and months,” he told the New York Times of bringing the brand into the internet age. “We had to show some employees how to use smartphones. We had to train people on how data could be used to improve our business. But they love Prada and want it to thrive and now have an understanding of what we have to do. I am young and I am positive: if I wasn’t, I wouldn’t be able to do this job.”

DKNY Launches an MTA-Themed Collection
To further celebrate its 30th anniversary, DKNY has released a 10-piece capsule collection in collaboration with the MTA. The monochromatic print is inspired by the signage found at subway stations and in bike lanes. Additionally, the brand released over 50,000 DKNY-designed metrocards at select subway stations. The collection, which ranges in price form $89 to $379, is available online now. 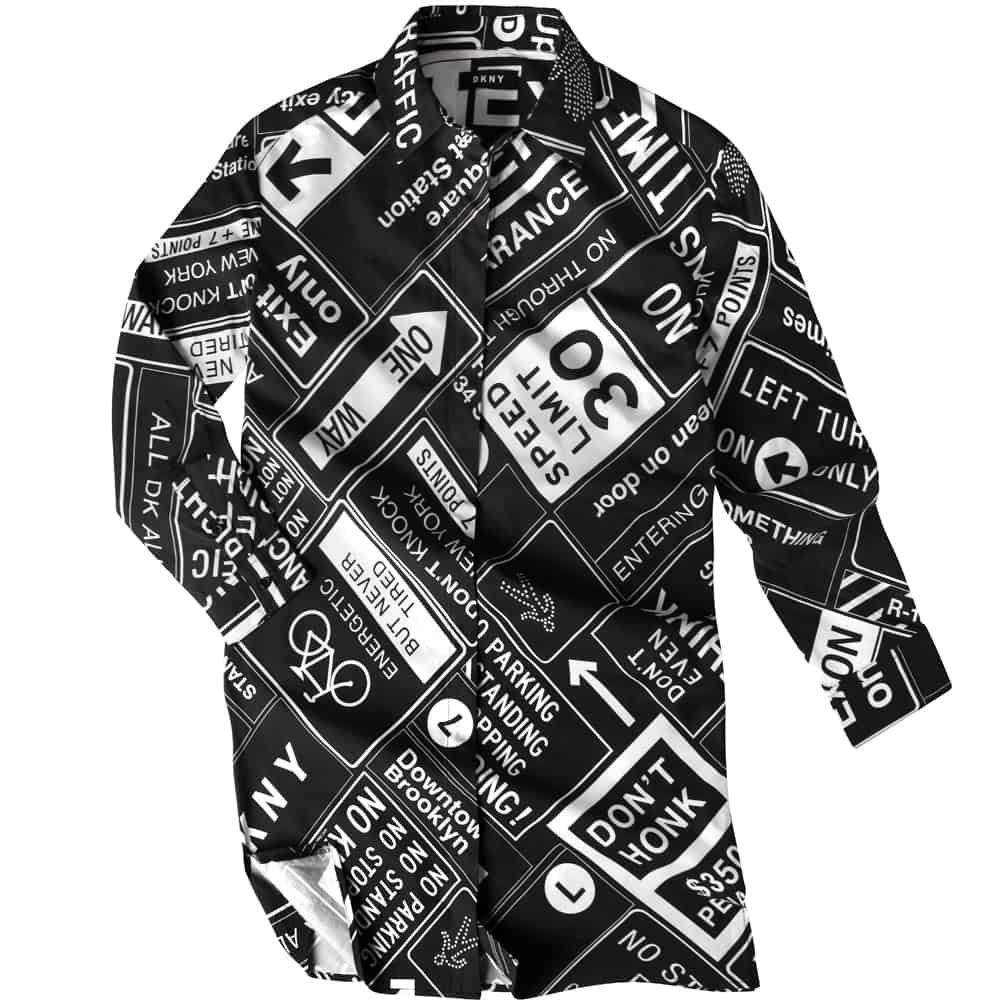 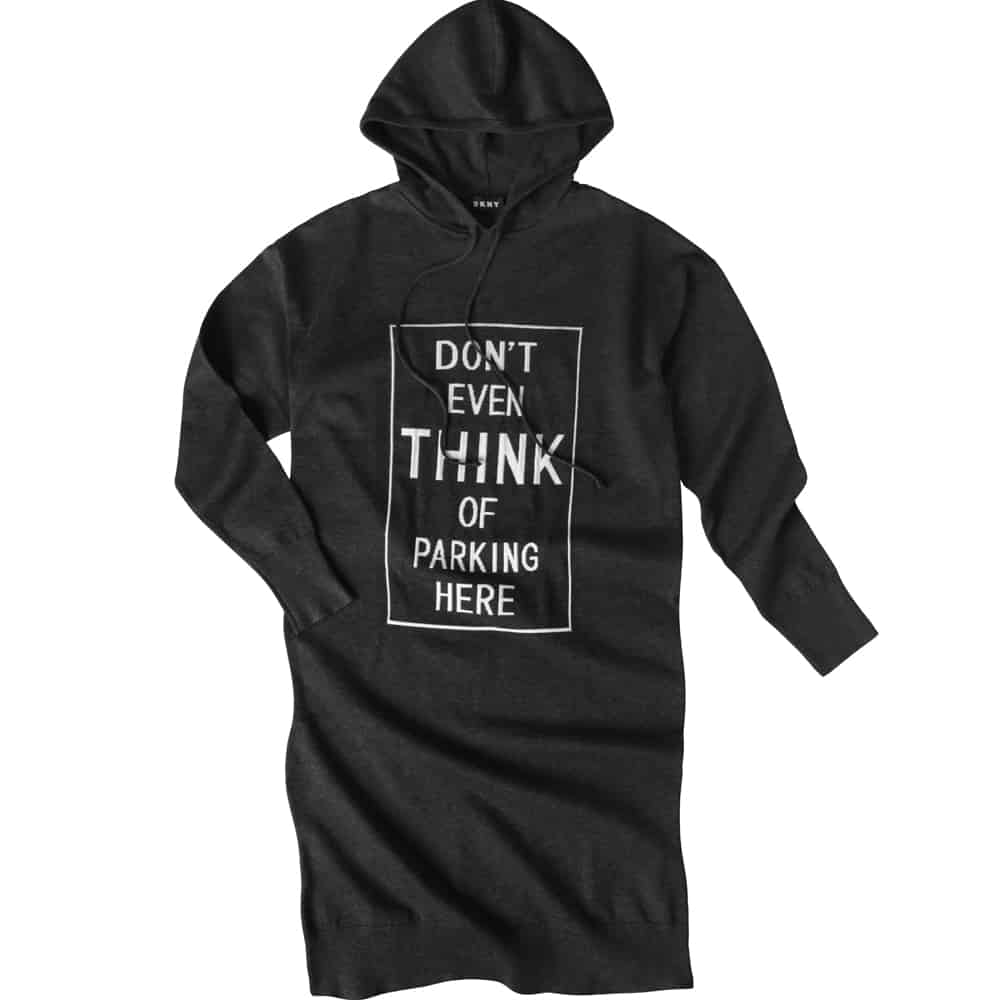 Ankari Floruss X Nordstrom Launched in New York Last Night
Ankari Floruss, the footwear brand by menswear influencers, Moti Ankari and Marcel Floruss, officially launched last night at the Nordstrom Men’s Store in Manhattan. The boys were supported by some of New York’s most popular influencers such as Garrett Neff, Eric Rutherford, Dougie Joseph, Drew Jessup, Igee Okafor, Patrick Janelle, and Christian Bendek with jams provided by Jenny Albright. The line will be available in seven Nordstrom locations throughout the US with prices ranging from $165-$295. Check out the collection at AnkariFloruss.com 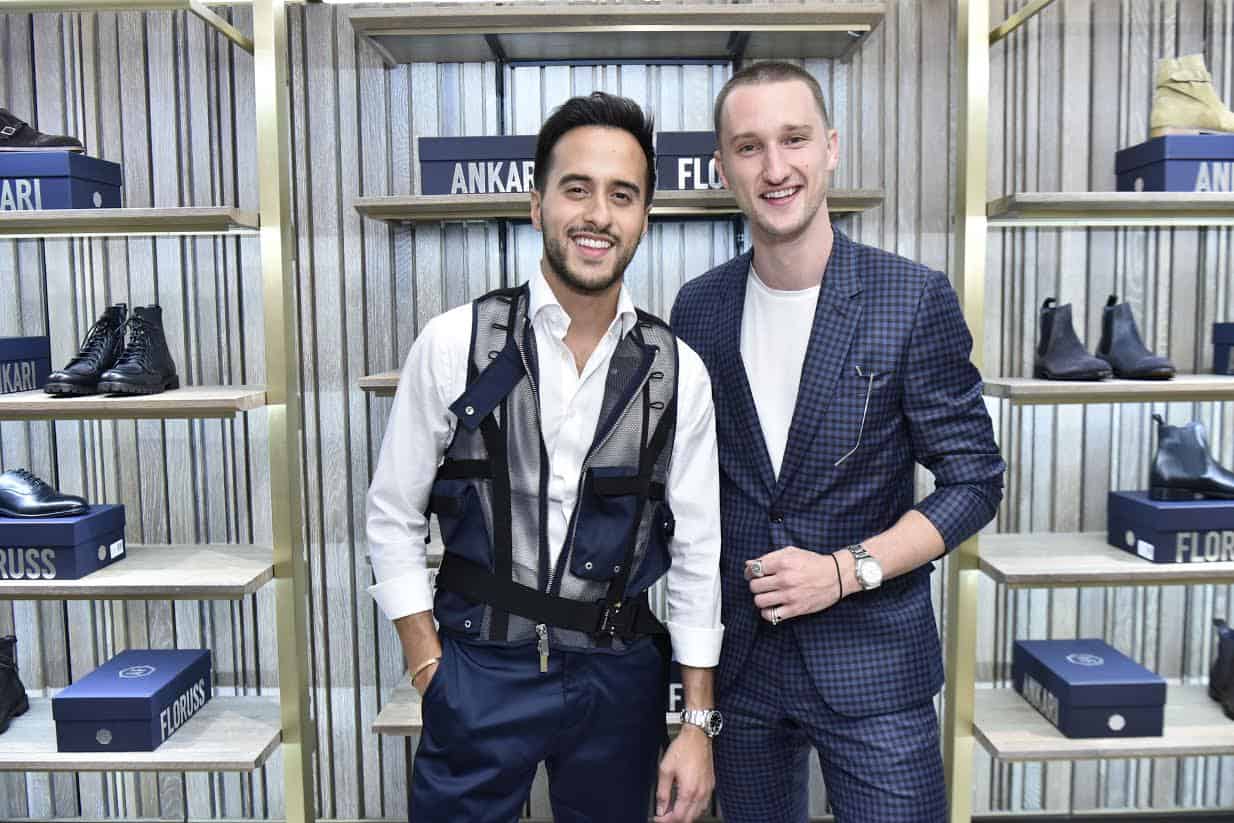 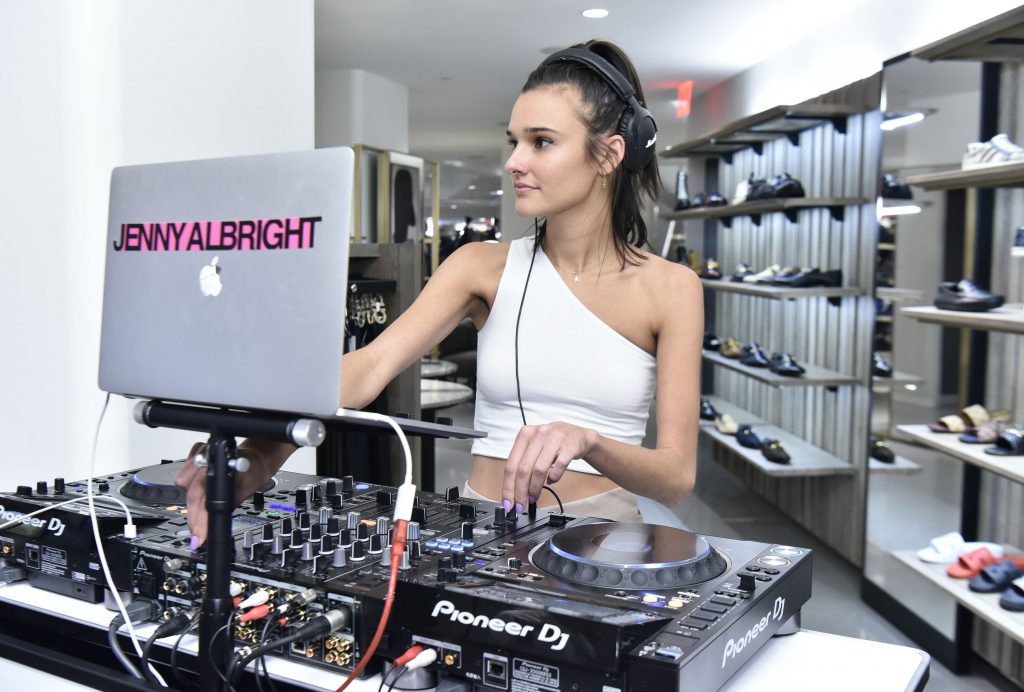 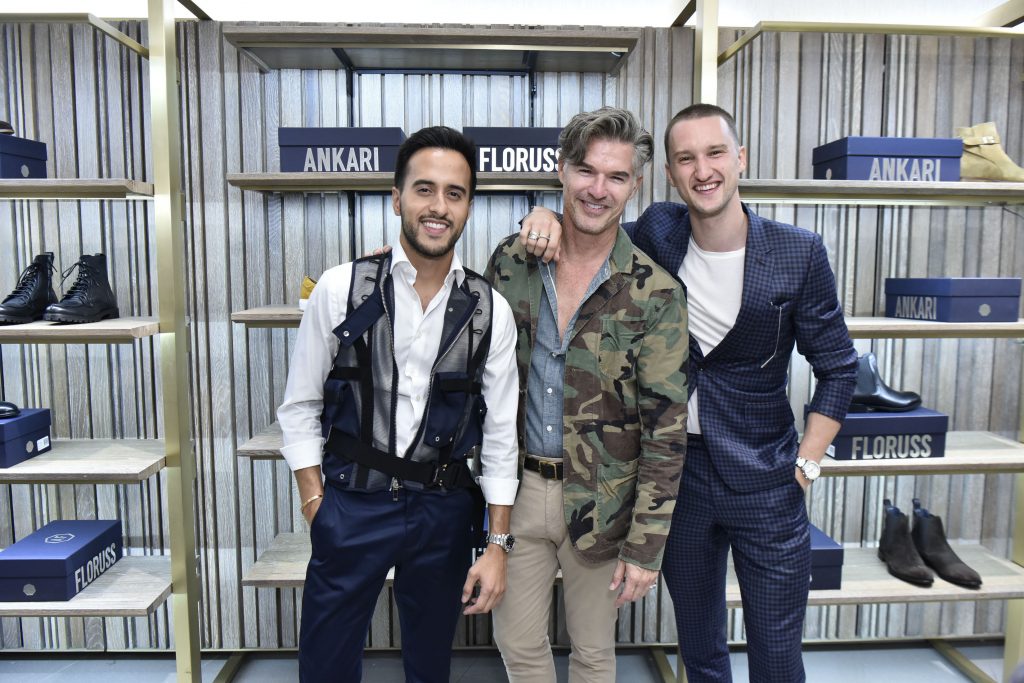