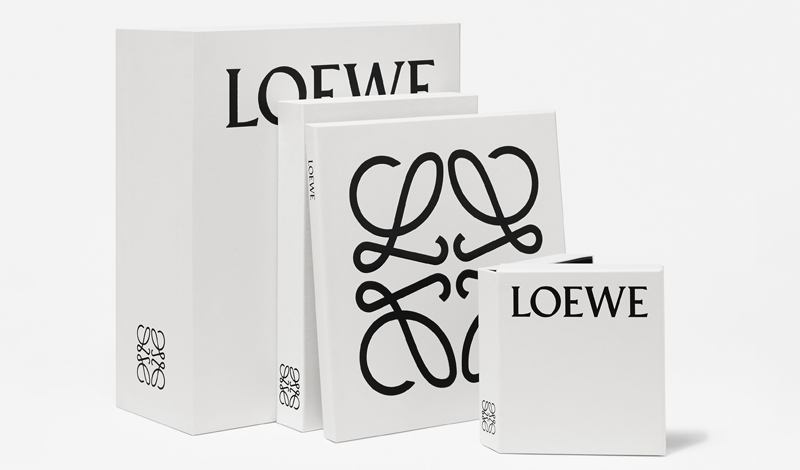 J.W. Anderson is already revamping the look of Loewe. The 168-year-old Spanish brand is getting a facelift thanks to the 30-year-old Irish-born designer, and the image redux starts with its logo. Anderson tapped Michael Amzalag and Mathias Augustyniak of M/M (Paris) to take on the new graphic branding and the logotype is said to be inspired by the German-born British typographer Berthold Wolpe. The German influence is apropos since Loewe’s founder Enrique Loewe Roessberg had German roots before establishing his brand in Madrid.

The original Anagram, which was designed in 1970 by Spanish painter Vicente Vela, has been stripped down to its original origin as a branding iron used to mark cattle and leather. The packaging also got a makeover to look like white volumes of a library collection. Furthermore, Anderson has streamlined the bags to expose the natural qualities of the leather, and there will be new takes on the brand’s standards like the Amazona and Flamenco bags. Even the brands home decor items like a wood and leather chair from their archives has been redone in striking new colors. Loewe will also be presenting a menswear collection in Paris at the end of June and will unveil a new advertising campaign shot by Steven Meisel.

The Gordon Parks Foundation Parties Down On Wall Street