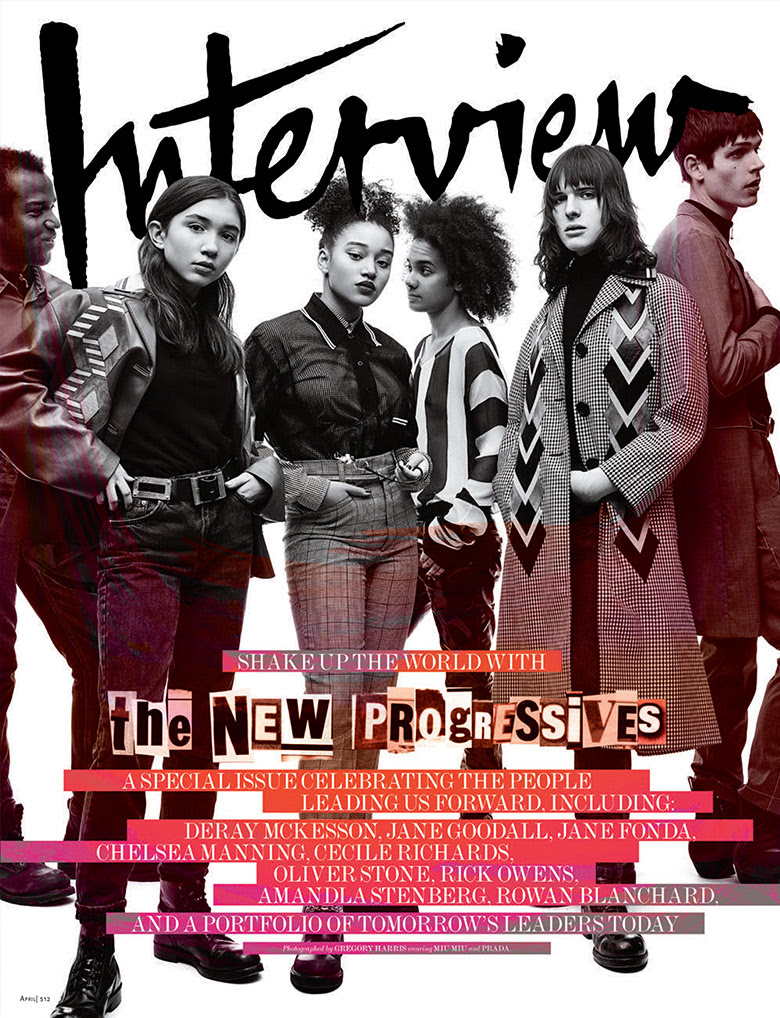 Interview mag‘s latest issue is dedicated to “celebrating the people leading us forward” with Amandla Stenberg, Hari Nef, Rowan Blanchard, and a few of the relative newbies spotted in a shot by Gregory Harris. Inside Nef talks about her accomplishments over the past year, and someone is deserving of a long nap. “Last year, I graduated with departmental honors in Drama and Theatre Arts from Columbia University,” she said. “Around the same time, I became the first openly transgender model in history to sign a modeling contract with IMG Worldwide. In December, I made my television debut as Gittel on Transparent and was nominated with the cast for Outstanding Performance by an Ensemble in a Comedy Series at the SAG awards. In January, I walked the Gucci show in Milan. About a week ago, I formalized my affiliation with the National Center for Transgender Equality [transequality.org] as a representative and advocate. A lot has happened in a short time, but I think my greatest accomplishment is my continued will to live authentically. If you are trans and/or gender nonconforming, your (way of) life persists as a question in frequent need of answering. To answer the question with love and confidence—over and over—is the hardest thing I’ve ever done. Trans is tough, but it’s beautiful.” And busy. 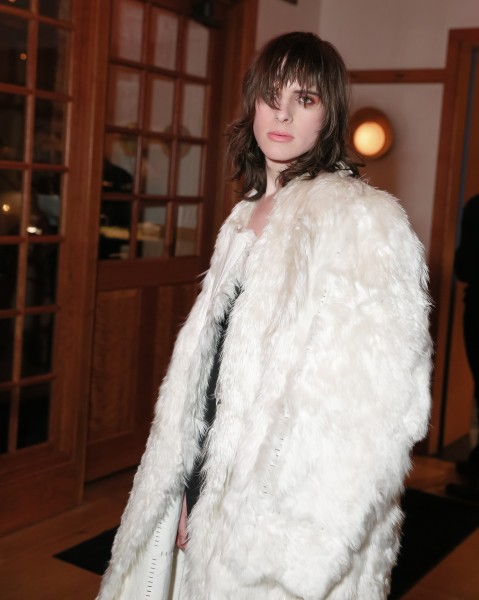 The rest of the special issue features Haille Steinfeld, Sophie Okonedo, and the discovery of Kyle Allen.