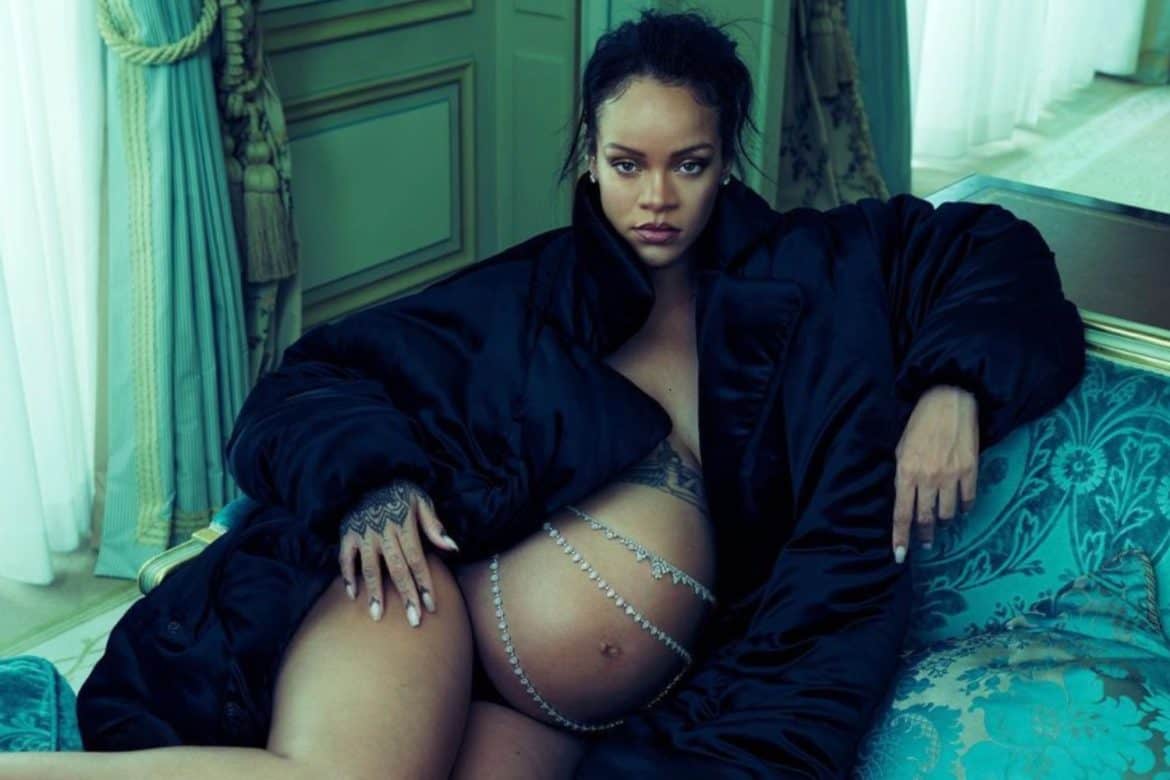 Let’s be real—who else would it have been! For its May 2022 print edition, Vogue enlisted Rihanna and her “lil fashion killa” for their cover debut and story. The interview took place late at night in Paris, whereby Chioma Nnadi and the mama-to-be met up in her favorite eatery to talk motherhood, her romantic beginnings with A$AP Rocky, postpartum fears, and how she’s redefining the narrative for pregnant women. In talks of motherhood thus far, the glowing goddess shared that pregnancy has changed her, and just not in the cliché sense. Instead, it’s lent her to saying ‘yes’ to more—stilettos included. “I think I even say yes to more now because I know it will be different on the other side of this,” she said. And, as if we didn’t already know by her trailblazing pregnancy wardrobe, the feature proved once again that she is not, and will not be, any ordinary mom. “No brunch, no blush tones. And no animal-shaped nothing,” she said. So, if you’re anticipating a bright-colored gender reveal or A$AP popping a blue or pink balloon—don’t. The fashion queen also revealed that baby shopping has yet to begin, and that not even a single onesie has been purchased.“They’re going to teach me more than I could ever teach them. And I want them to go for it. I want to see who they are in the world, who they become,” Rihanna added of her future baby. “Because I’m just here to keep them on the rails—a passenger as much as the driver.”

Mother’s Day is just around the corner, and Victoria’s Secret is wasting no time tugging at your heart strings. Released today, the lingerie outfitter sat down with models and brand fixtures and their respective moms or children to share their sentiments on the beauty of motherhood—in all forms. The video, entitled “Real Love,” features Brooke Shields and daughter Grier, Chanel Iman and her two daughters, Yumi Nu and her mother, Hari Nef and her mother, Lais Riberio and her son, Paloma Elsesser and her mother, and Abby Champion and her mother. Amidst talks about fighting as teenagers and loving so deeply, each headliner can be found shedding tears, hugging, and laughing with their loved ones. Grab your tissues and take a peek below. 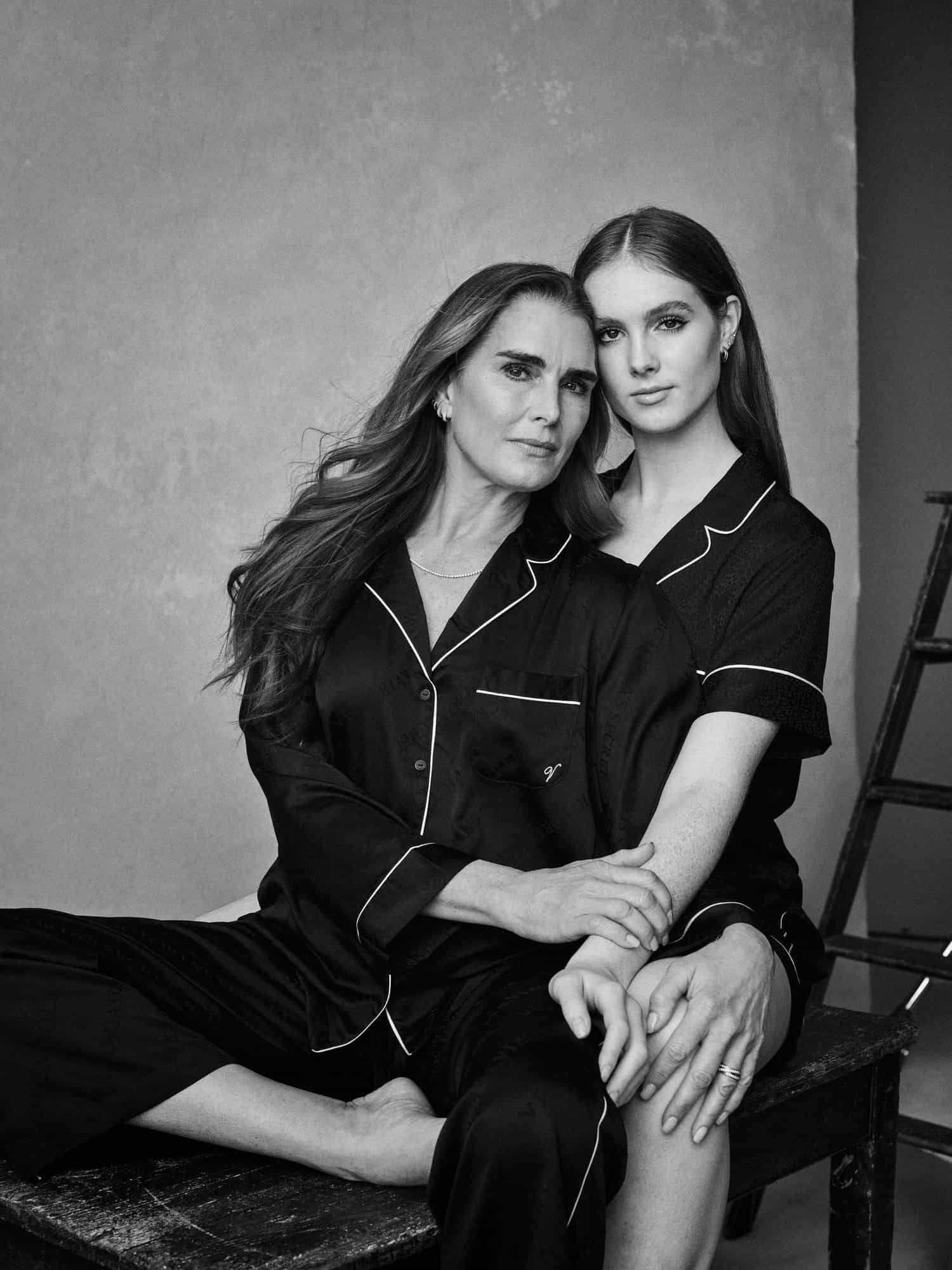 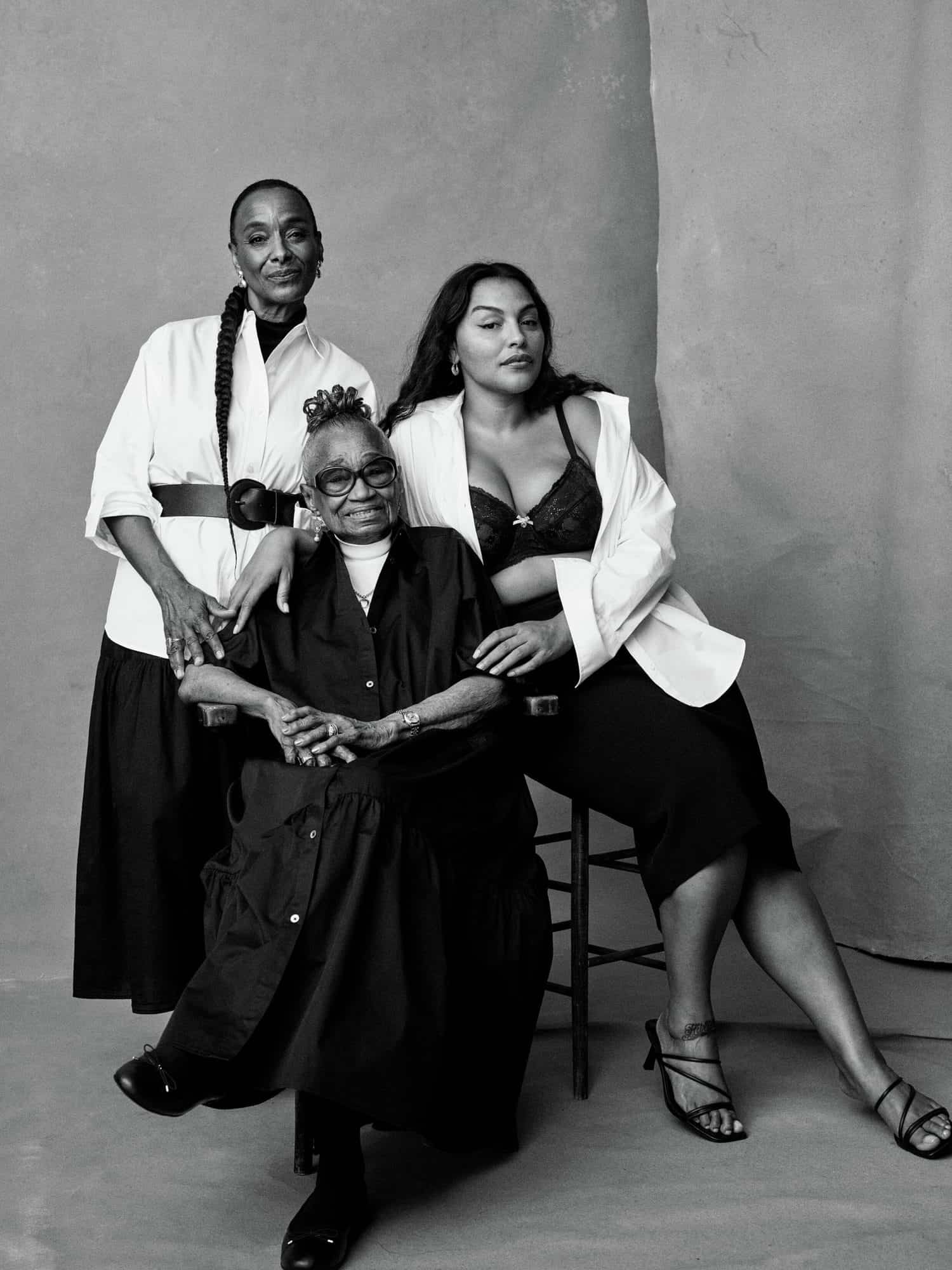 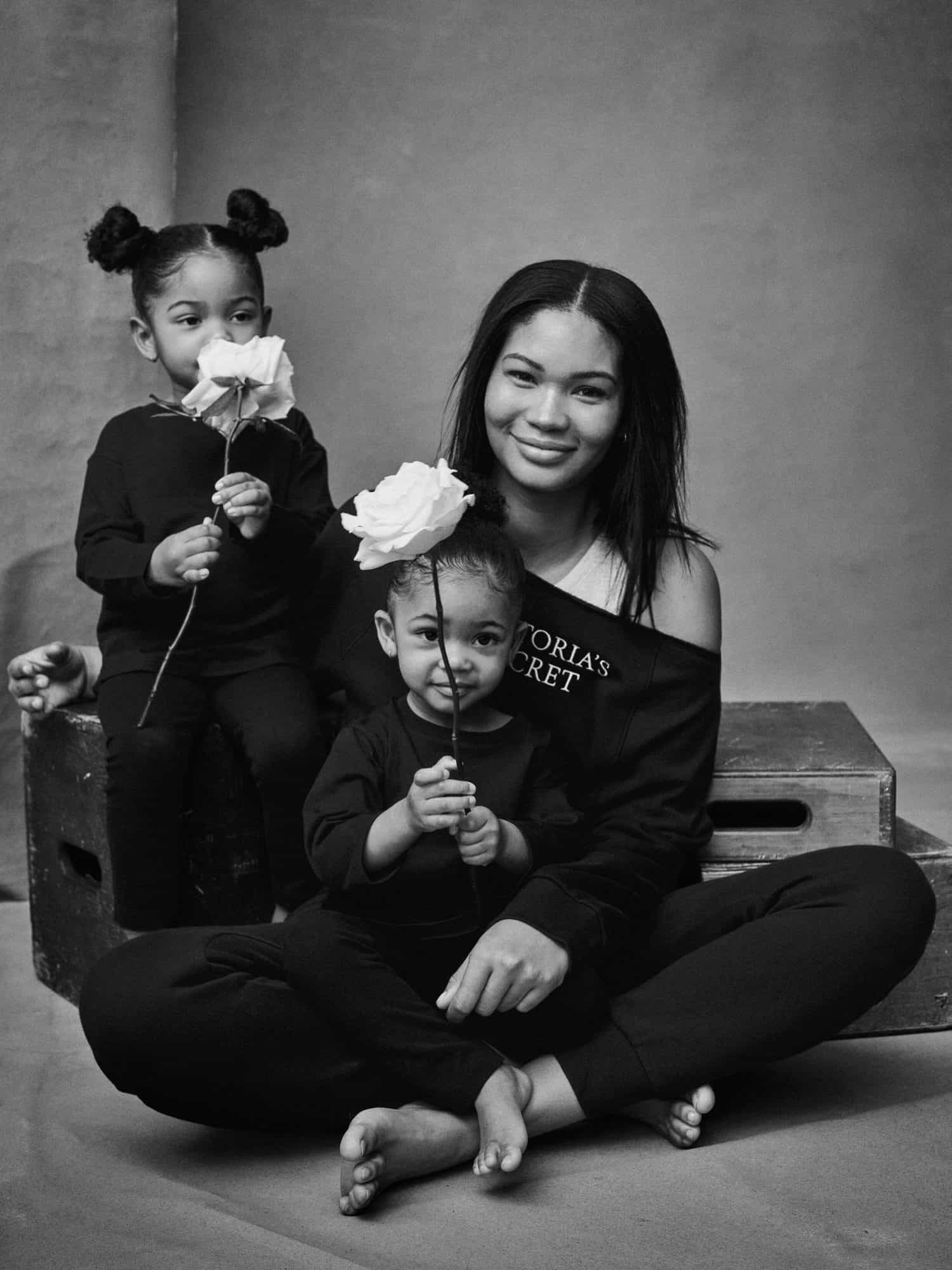 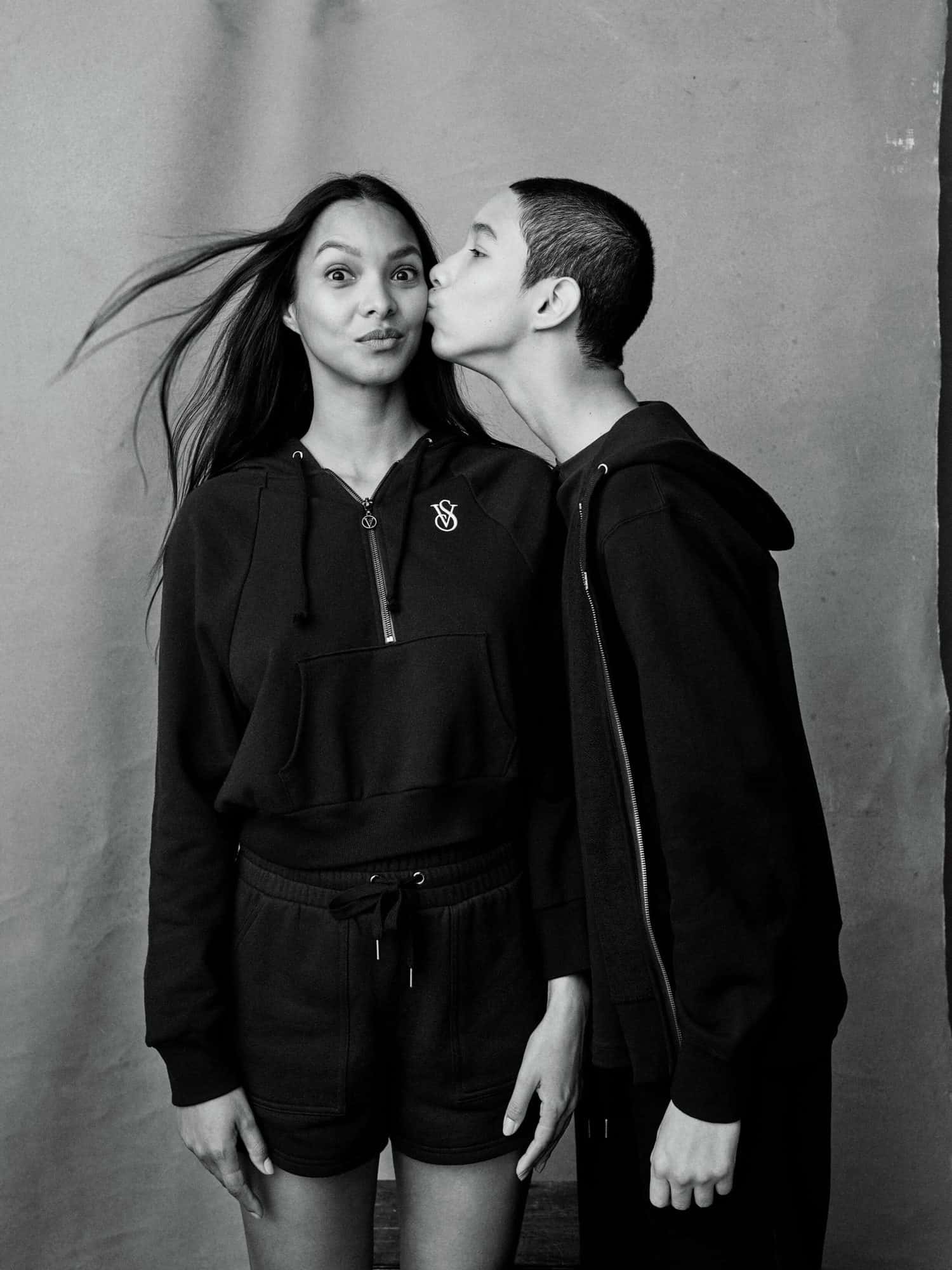 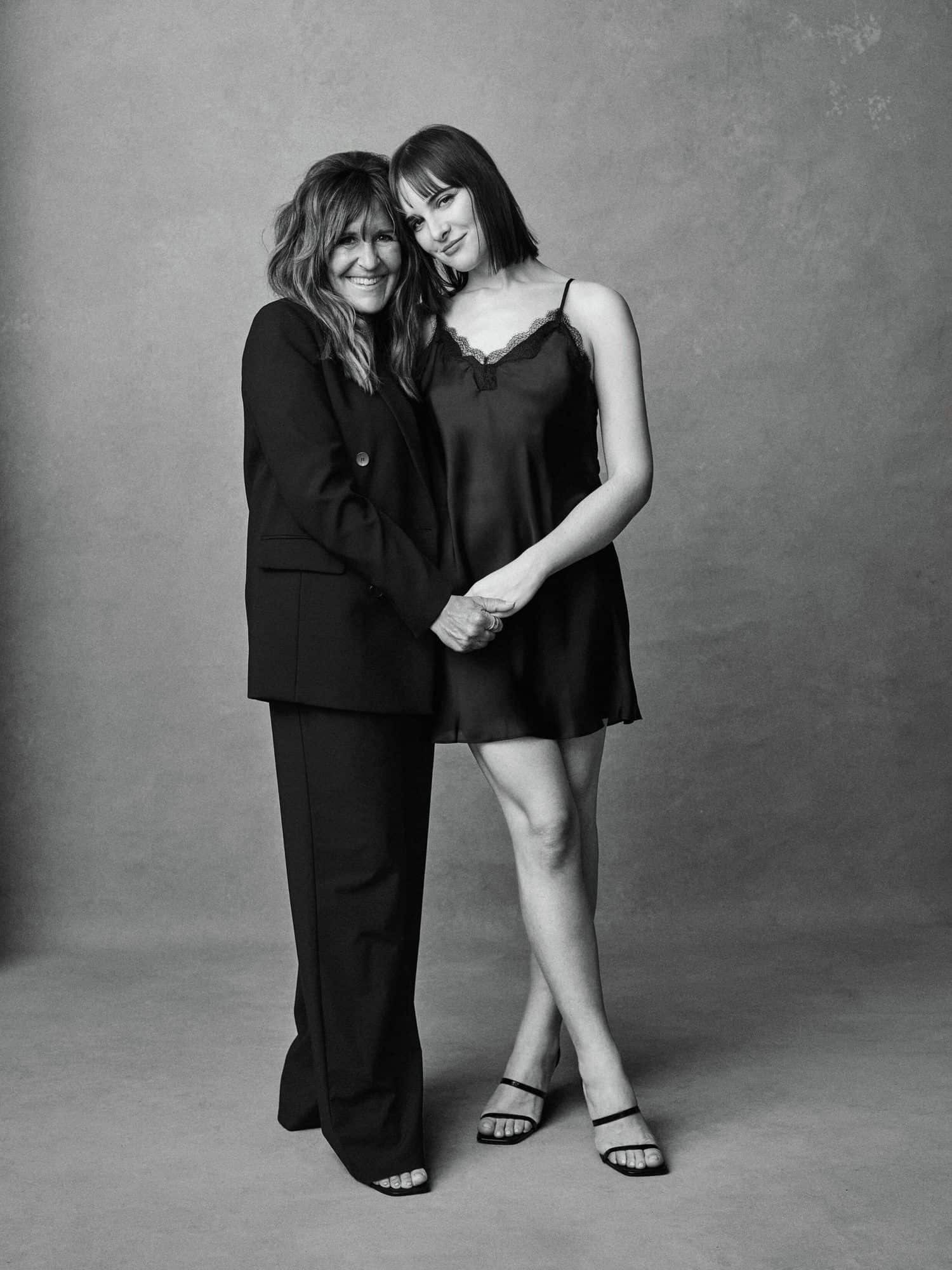 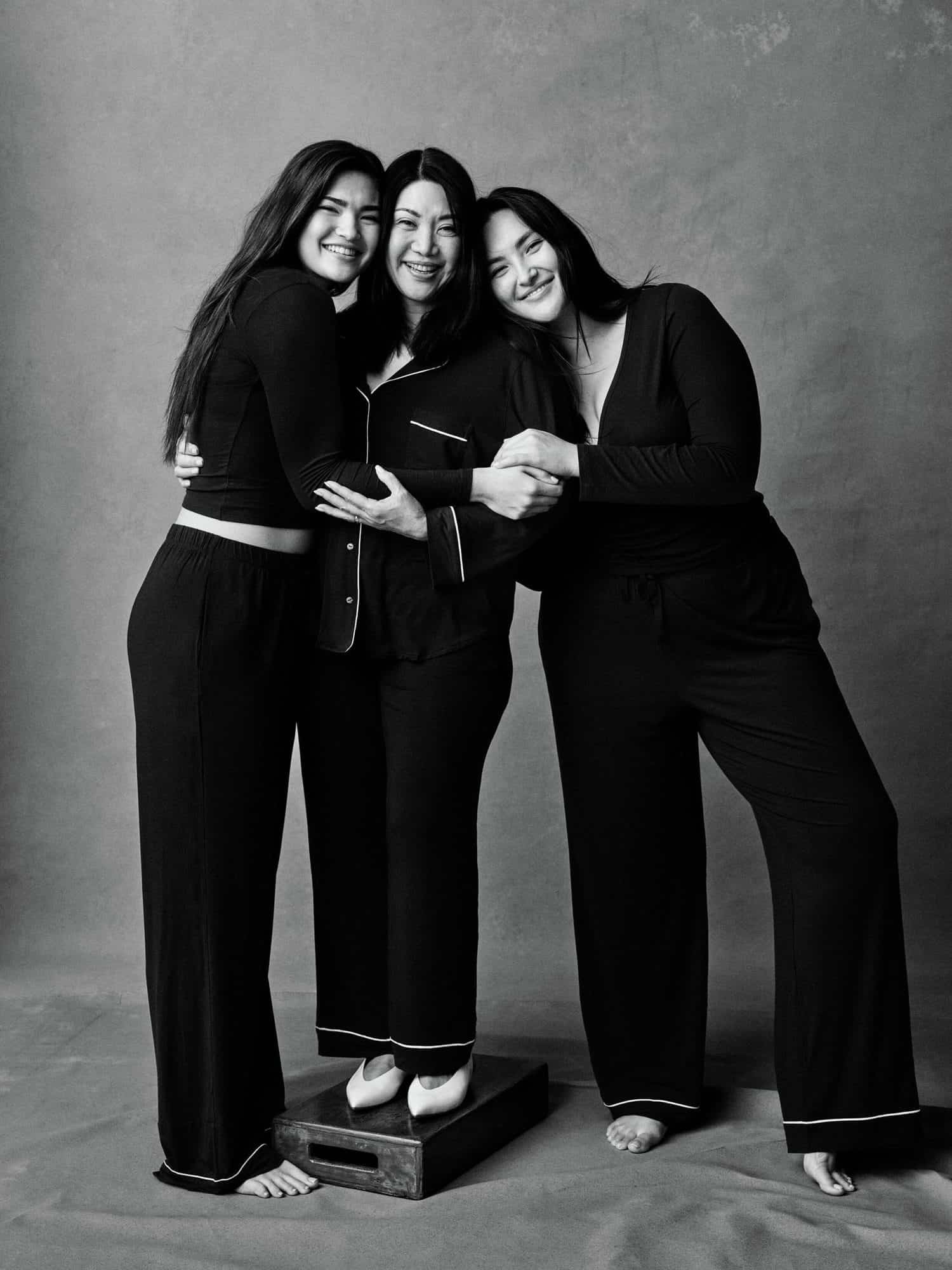 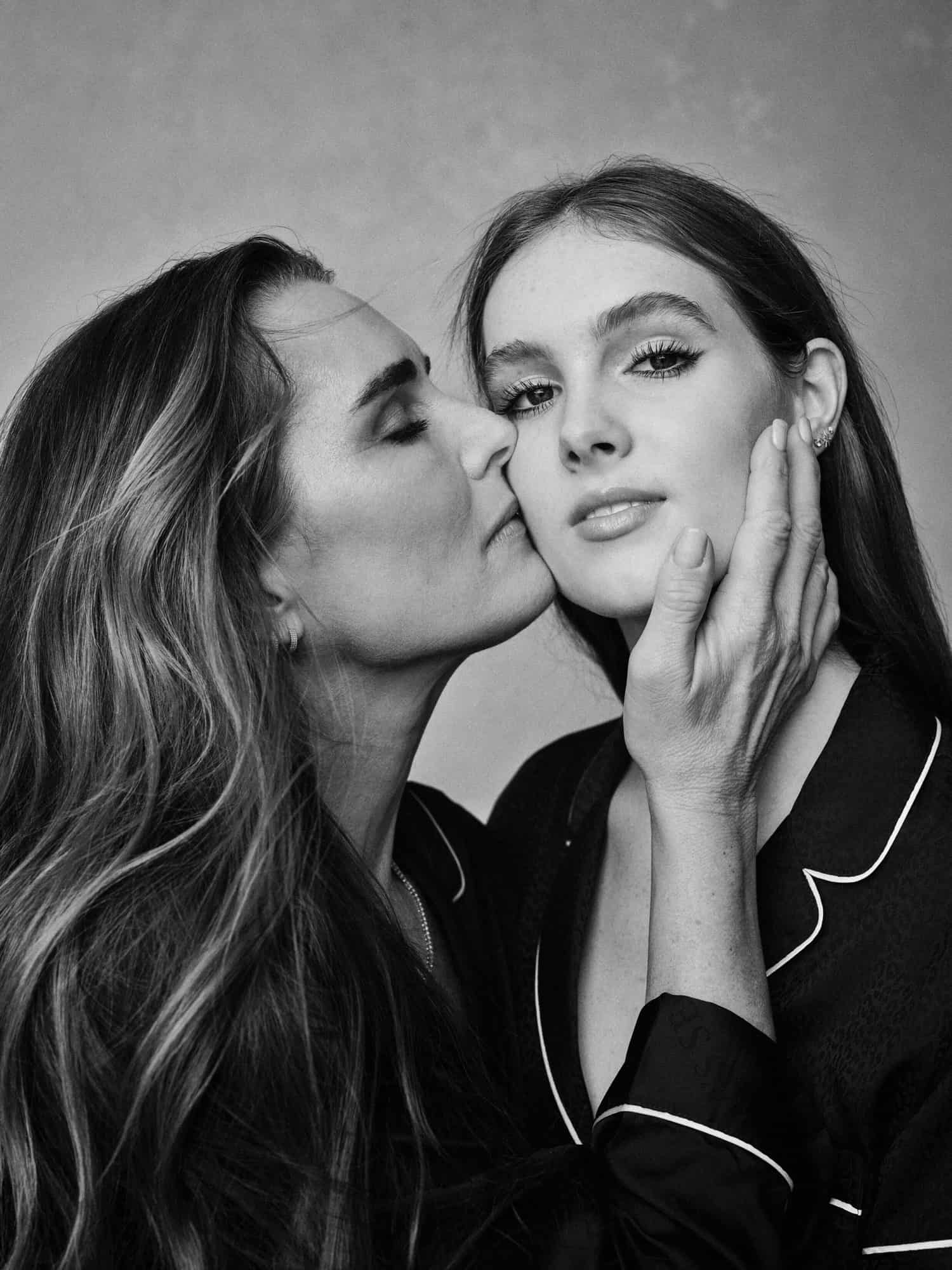 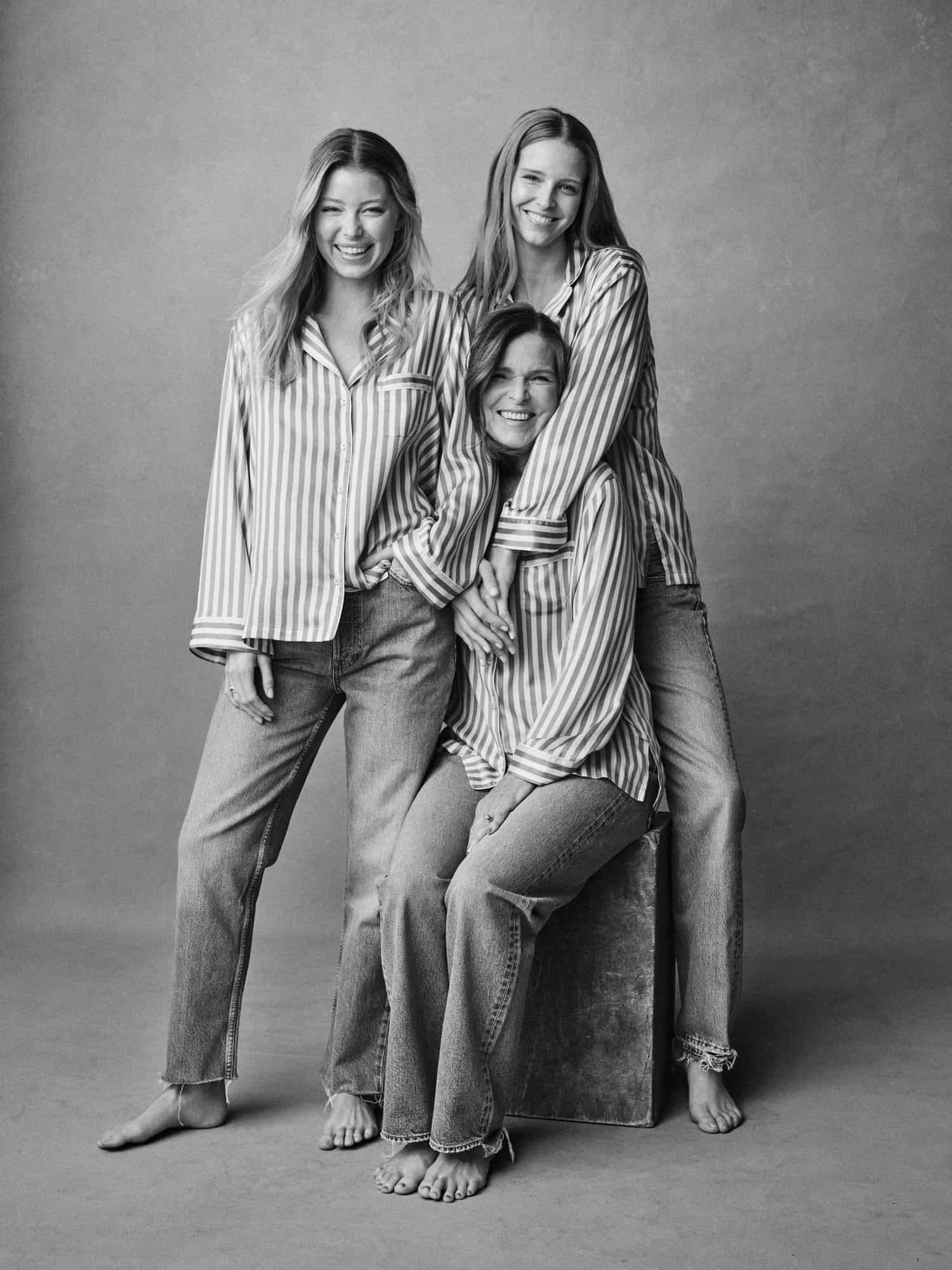 If you’ve been victim to the algorithm, perhaps you missed Britney Spears’ Instagram announcements yesterday. The pop star, 40, took to her platform to share—albeit, in a mildly confusing way—that she and Sam Ashgari, 28, are expecting their first baby. In the caption, which accompanied a photo of a tea cup and flowers, it was also divulged that she now has a “husband”! Longtime bestie Paris Hilton quickly left a sweet congratulatory note, while other friends including Iggy Azalea and Chloe Bailey chimed in with sentiments too. In a caption less decorated with emojis, Mr. Spears confirmed the news, saying fatherhood is something he’s always looked forward to. The baby and nuptial announcement comes just five months after Spears’ years-long conservatorship battle came to a celebratory close. Prior to its end, the conservatorship had required Spears to remain on birth control, disallowing the couple to embark on their parenting journey. Congrats!

When in Rome! Valentino is sticking to its roots for its upcoming runway. Confirmed for July 8 in the fashion metropolis’ Piazza Mignanelli, not so coincidentally where the maison’s headquarters is situated, Pierpaolo Piccoli’s Fall 2022 haute couture catwalk will take place near the notorious Spanish steps. The maison has a storied past with the coordinates, as it enlisted the same stage for its 2015 couture runway, when both Piccoli and Maria Grazia Chiuri were at the label’s helm. If you can’t book the flight, fear not—a digital stream will be yours to watch. 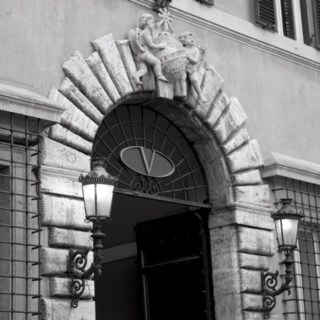 While brands jet set across the world to debut their latest offerings, Moschino is keeping cozy in its hometown, and creative director Jeremy Scott couldn’t be more thrilled. Penciled in for June 19 in Milan, a date already assigned to Milan Men’s Fashion Week, the house will debut its Spring 2023 collection. The last time Milan was the backdrop of a Moschino menswear runway was in 2018. It’s good to be back! 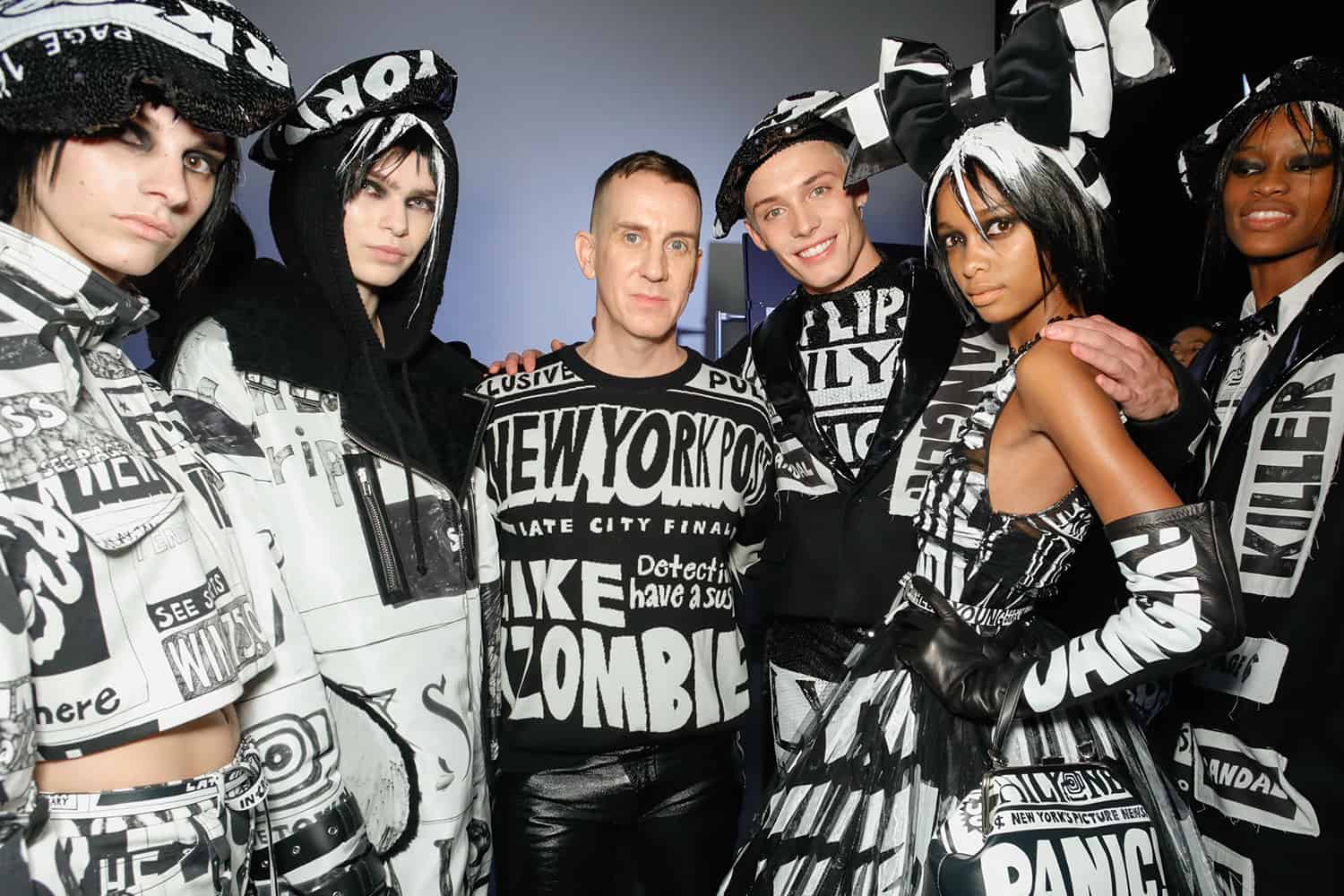 Announced today, the Council of Fashion Designers of America (CFDA) will be venturing into the metaverse in its partnership with 5Crypto. In efforts to connect the worlds of fashion and crypto, as well as educate members about the next wave of commerce, the duo will also link up with blockchain-based metaverse The Sandbox, gaming and NFT studio Polygon and other digital creatives to introduce American fashion to web3. Through the partnership, CFDA members will be given insight into starting up in the metaverse—how to engage with customers, how to establish revenue streams, and any other tips they need to successfully establish themselves in the digital community. CFDA aside, the collaborators’ credentials are something to be lauded—The Sandbox has worked with SnoopDogg, Gucci and Adidas, and Polygon Studios helps luxury brands like Prada and Dolce & Gabbana launch NFT projects. Watch this space!

Husband and wife power couple, actress Gabrielle Union and former NBA all-star Dwyane Wade, have tag-teamed on their latest entrepreneurial venture, Proudly. Inspired by their three-year-old daughter Kaavia James, sustainable babycare line Proudly aims to fill the market gap for babies with darker skin, with a selection of melanin-inclusive babycare products. All products also boast affordable price tags ($12 and under!) and were formulated in conjunction with dermatologist Dr. Naana Boakye so that skin is not left irritated after application. Hero products include a gentle body wash, hydrating lotion, body balm, baby wipes and body oil. Available today, Proudly products are for sale on the company’s ecommerce site.

A post shared by PROUDLY • for melanated babies (@theproudlyco)

In honor of this year’s International Woolmark Prize finalists, dancer and musical talent FKA twigs has directed and headlined “Playscape,” a short film that celebrates the art of “play” as it relates to fashion design. The five minute-long piece—produced in collaboration with choreographer Juliano Nunes, director Zak Group, The Isamu Noguchi Foundation and The Garden Museum—features a cast “playing” and dancing around an empty Isamu Noguchi gallery, dressed in pieces designed by the finalists. Speaking of finalists—Ahluwalia, EGONLAB, Jordan Dalah, MMUSOMAXWELL, Peter Do, RUI, and Saul Nash are all in the running for the award, which is scheduled to be announced on April 26. The winner will be voted on by a panel of industry authorities, including Burberry’s Ricardo Tisci and Dazed editor in chief Ibrahim Kamara. As part of the prize, the winner will take home $144,000 and a chance to market their wares at household name retailers. Luck to all! 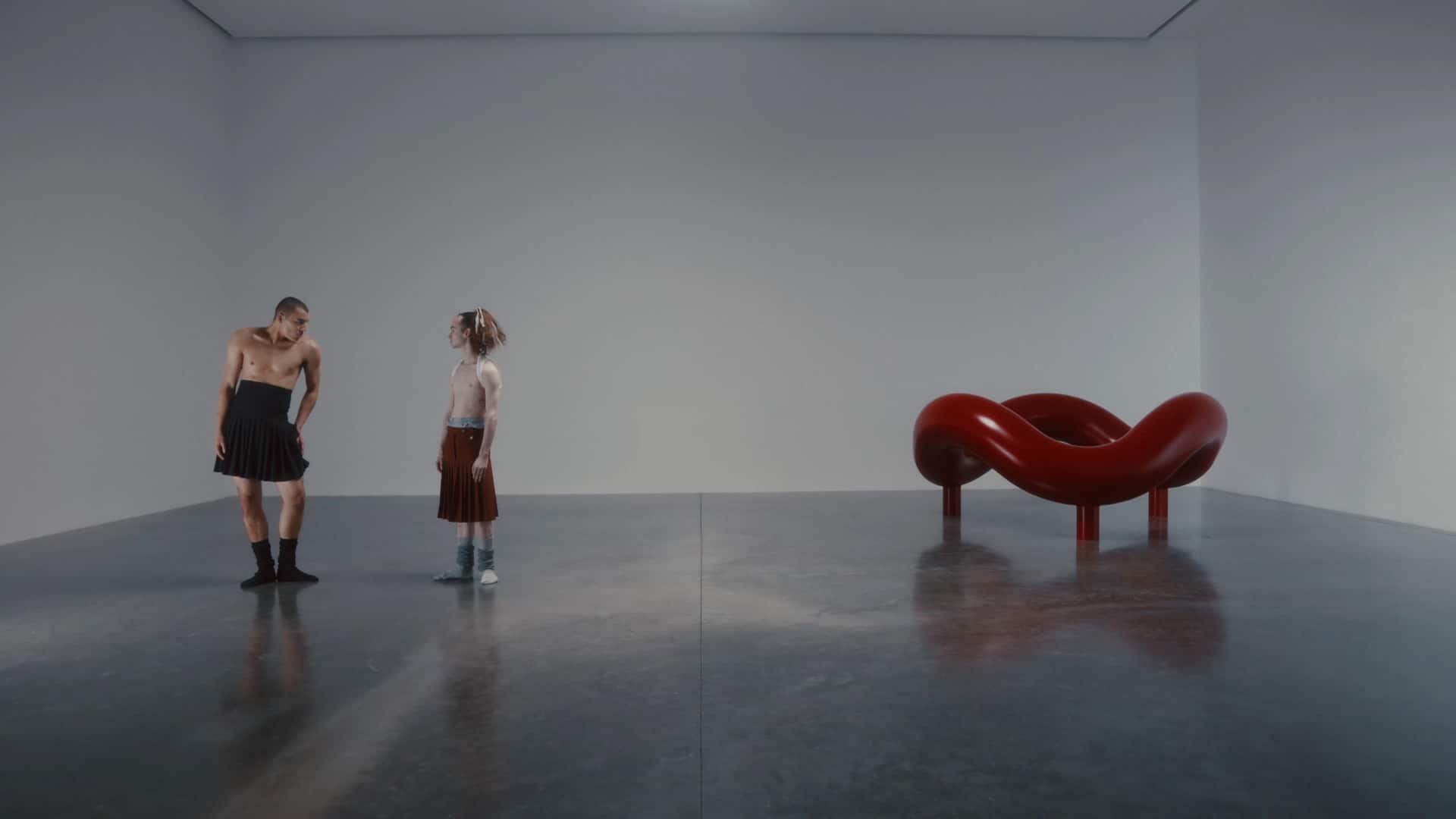 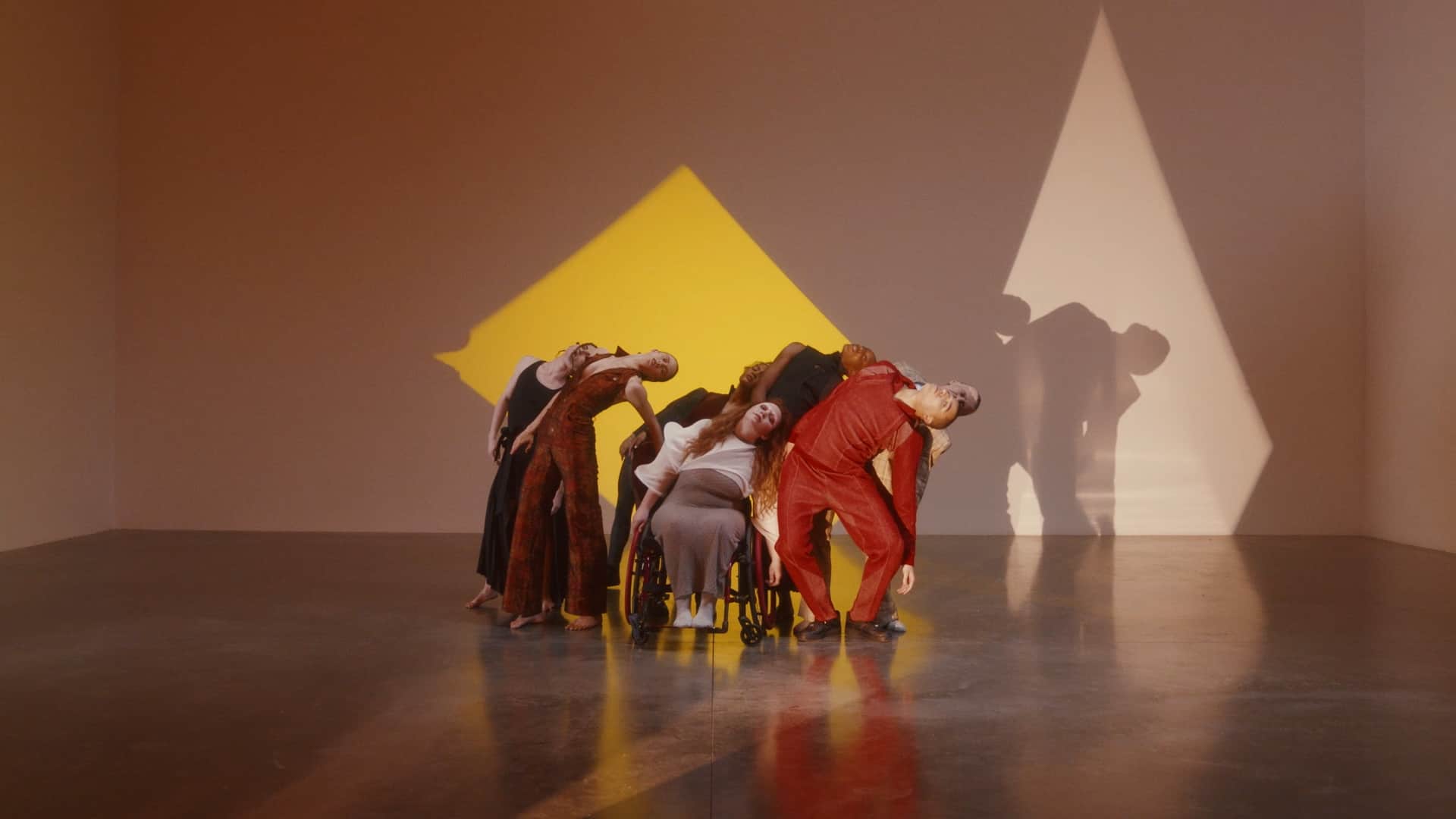 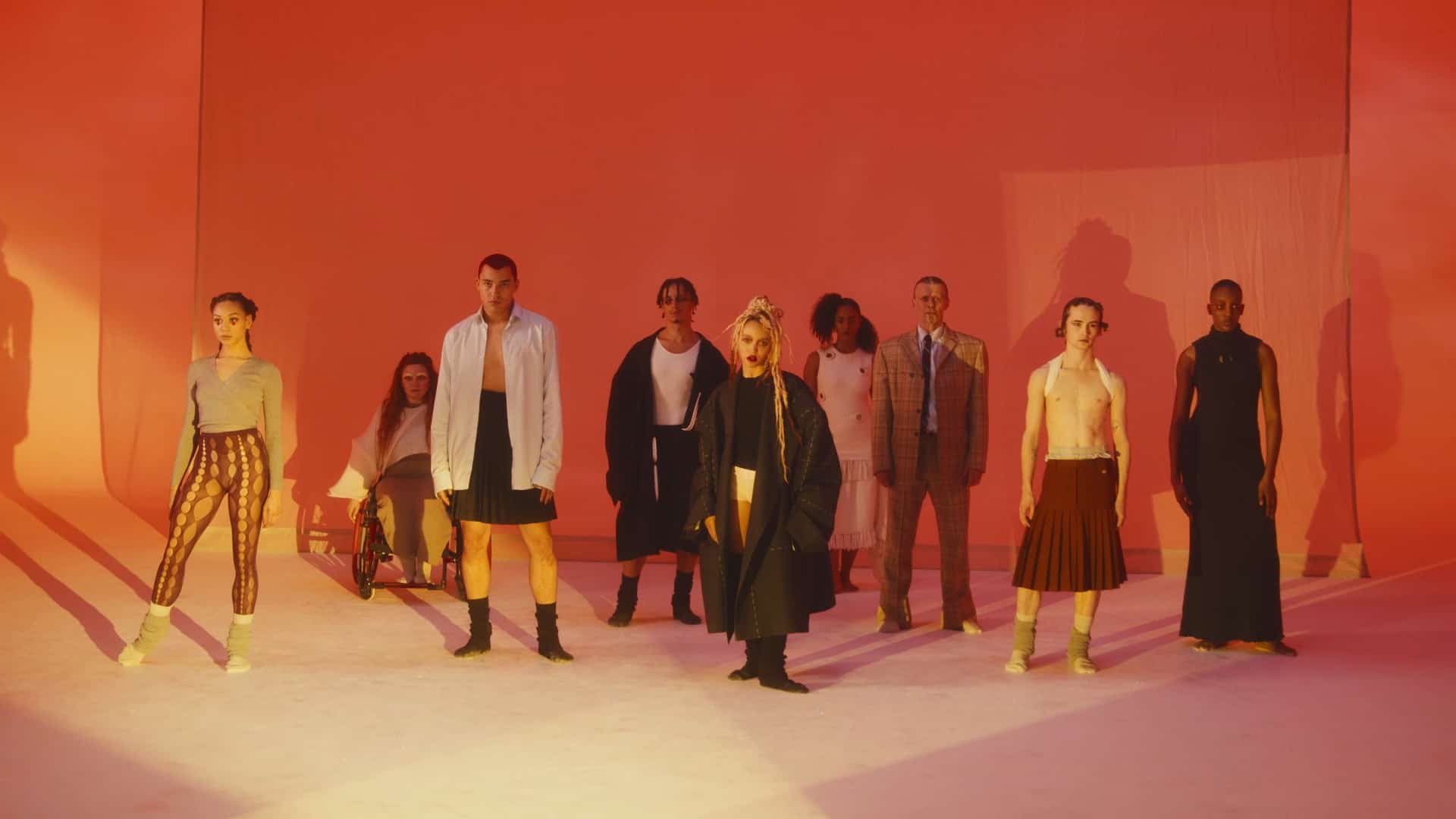 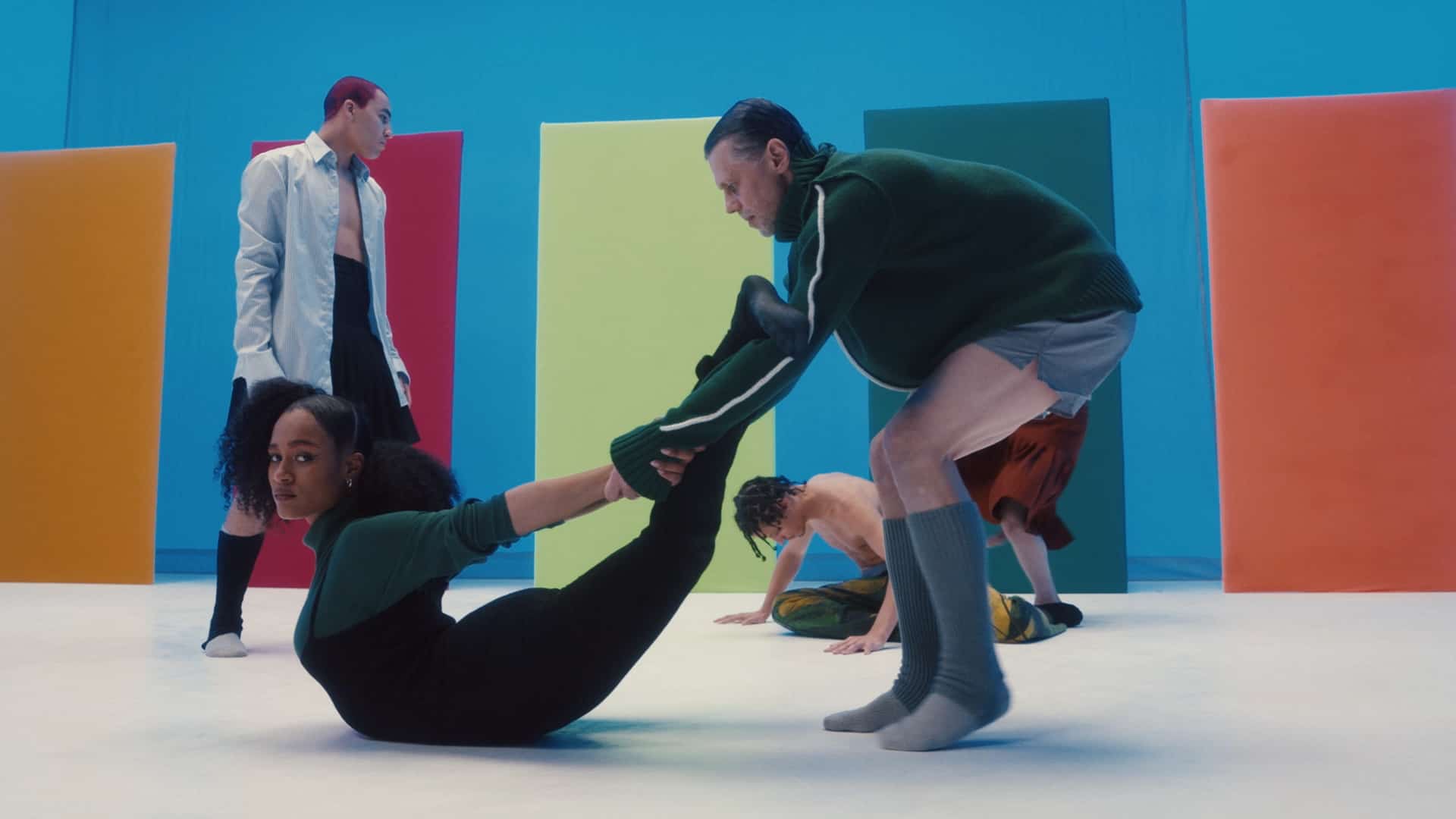 In honor of its late menswear artistic director Virgil Abloh, Louis Vuitton has announced the re-opening of its “Coming of Age” exhibition. The exhibition, which first opened its doors at Los Angeles’ Little Big Man Gallery in 2019 before touring across the globe, will open to the public once again from April 13 to April 27 at the house’s Fondation Vuitton in Paris. In its very essence, the installation enlists art and fashion talent, both established and aspiring, to shed light on the idea of boyhood and how various factors shape a man from youth to adulthood. Similar to its predecessor, the forthcoming exhibition and its activations will invite visitors to be participants of the Louis Vuitton franchise, engaging with activations in a hands-on way. The Fondation Louis Vuitton, the French house’s not-for-profit foundation, is at the forefront of the tribute.

German jeans label CLOSED and menswear editor/NYC-based stylist Michael Philouze have made their mark on genderless fashion with their very own capsule, Style Beyond Gender. As far as inspiration goes, the duo didn’t have to search far at all—instead, they elaborated on heavy-lifting themes for young people today: sustainability and gender-free expression. As for overall aesthetic, the label’s womenswear designer Sophia Lewis and longtime friend Philouze had a ’90s comfort and ease on the vision board—and it shone through on all 17 pieces. Simple and timeless in design, the hoodies, tank tops, military jackets, denim, and cameo slip dress leave room for their wearers to experiment and give them the opportunity to be—and dress—however they’d like. Of course, eco-conscious fabrics, recycled dyes, and organic materials were favored in production. Available for purchase beginning April 22, you can shop the capsule in select retailers, e-tailers and in all CLOSED spaces, in-person and online. 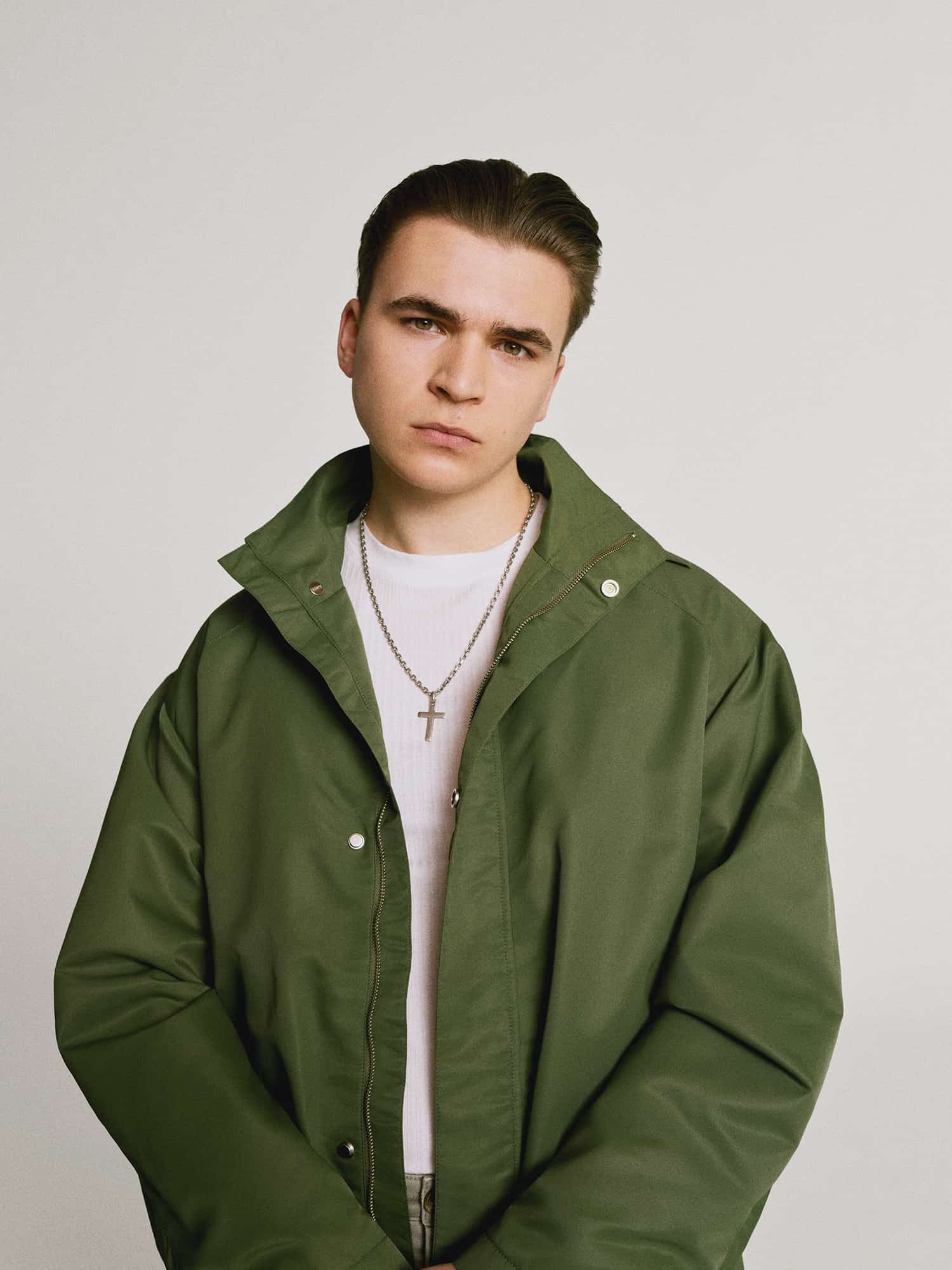 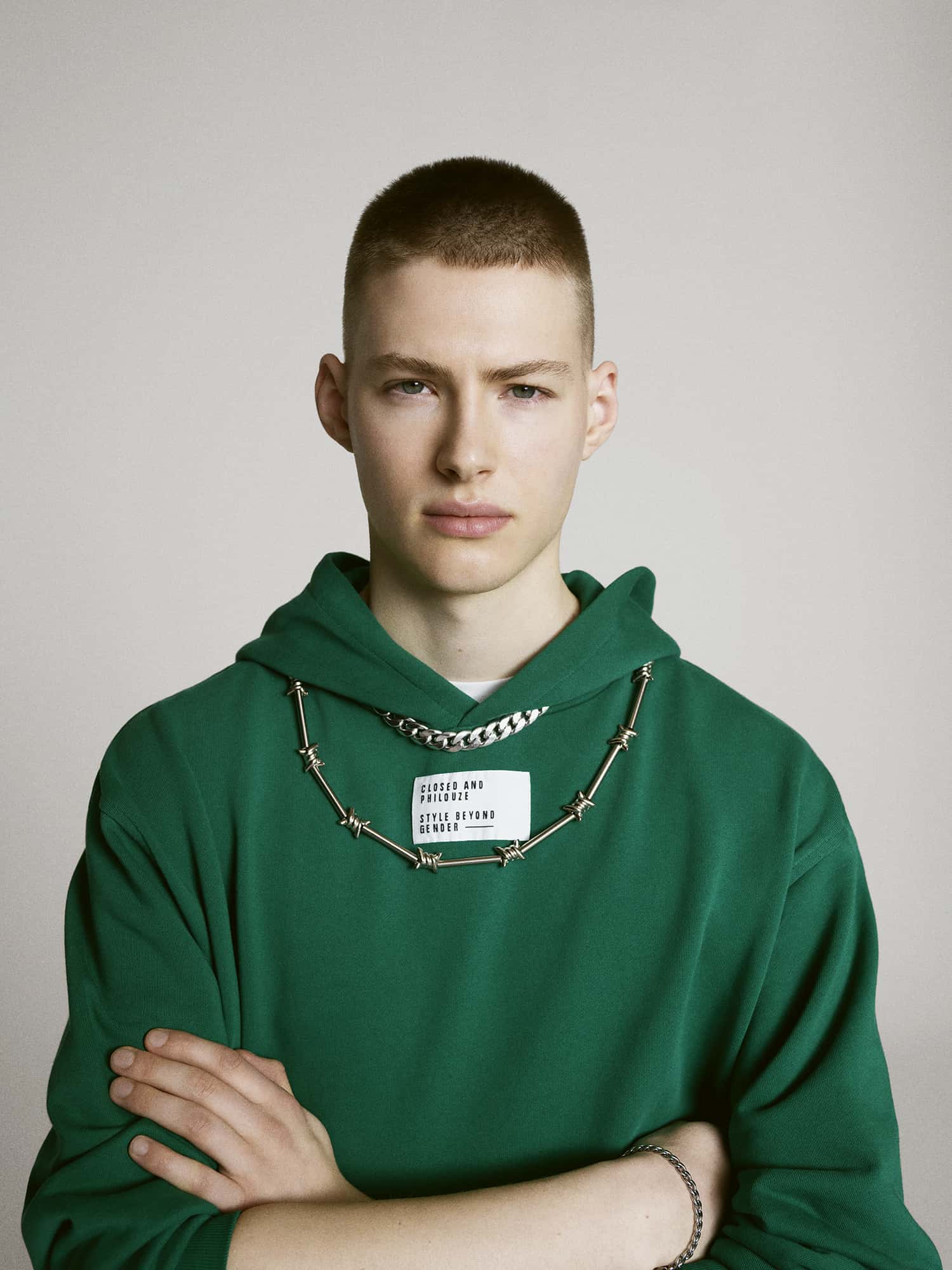 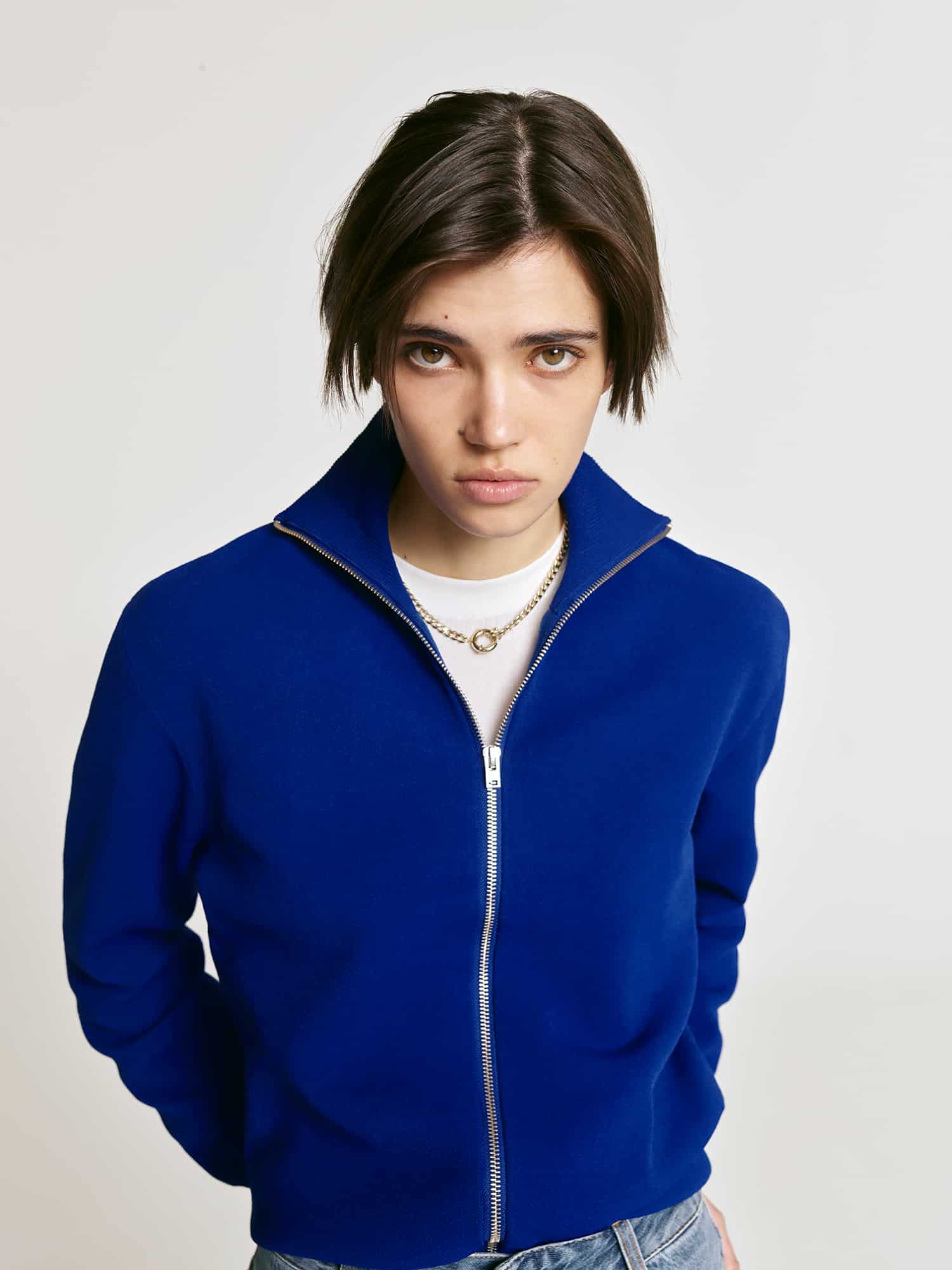 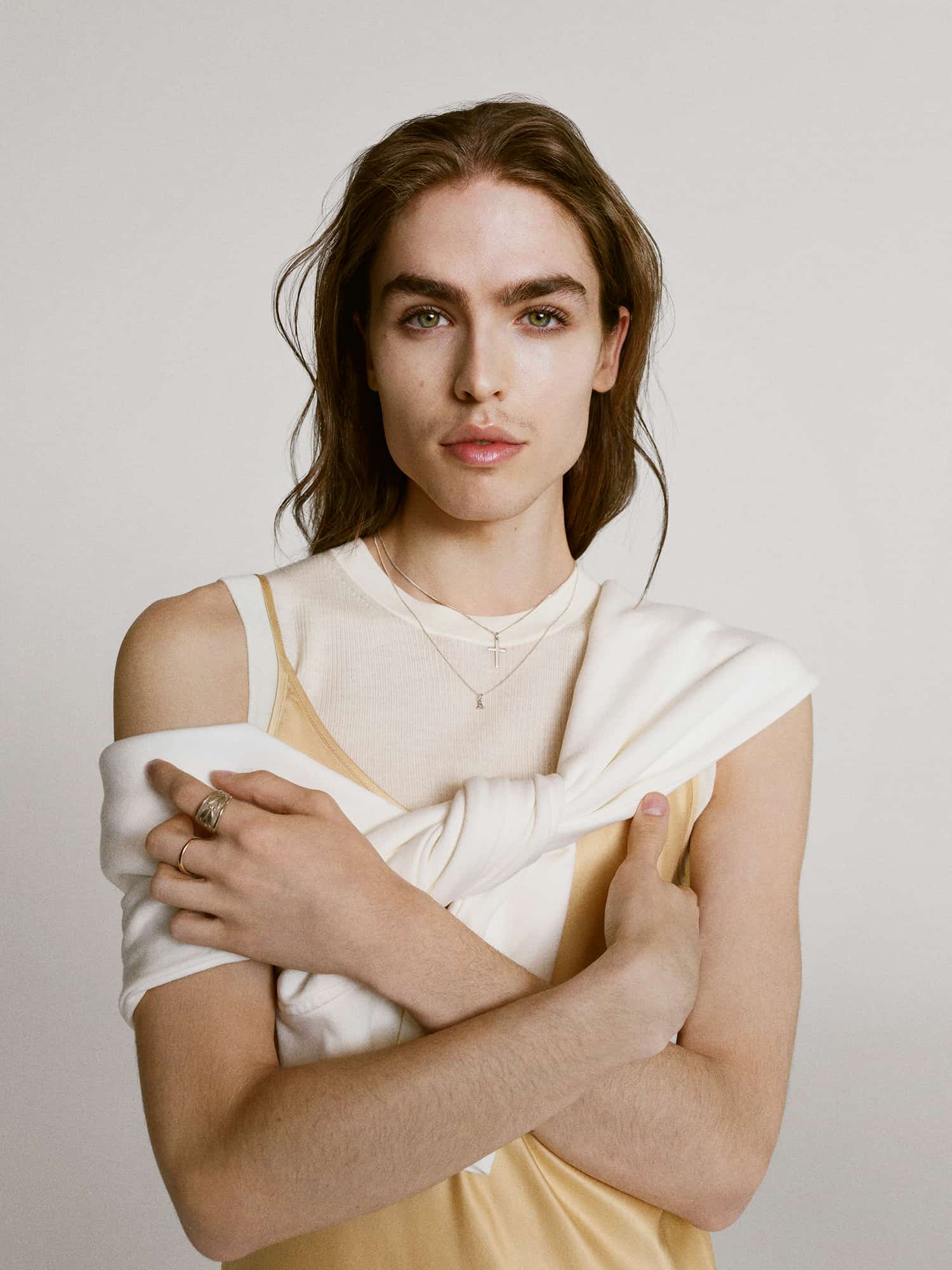 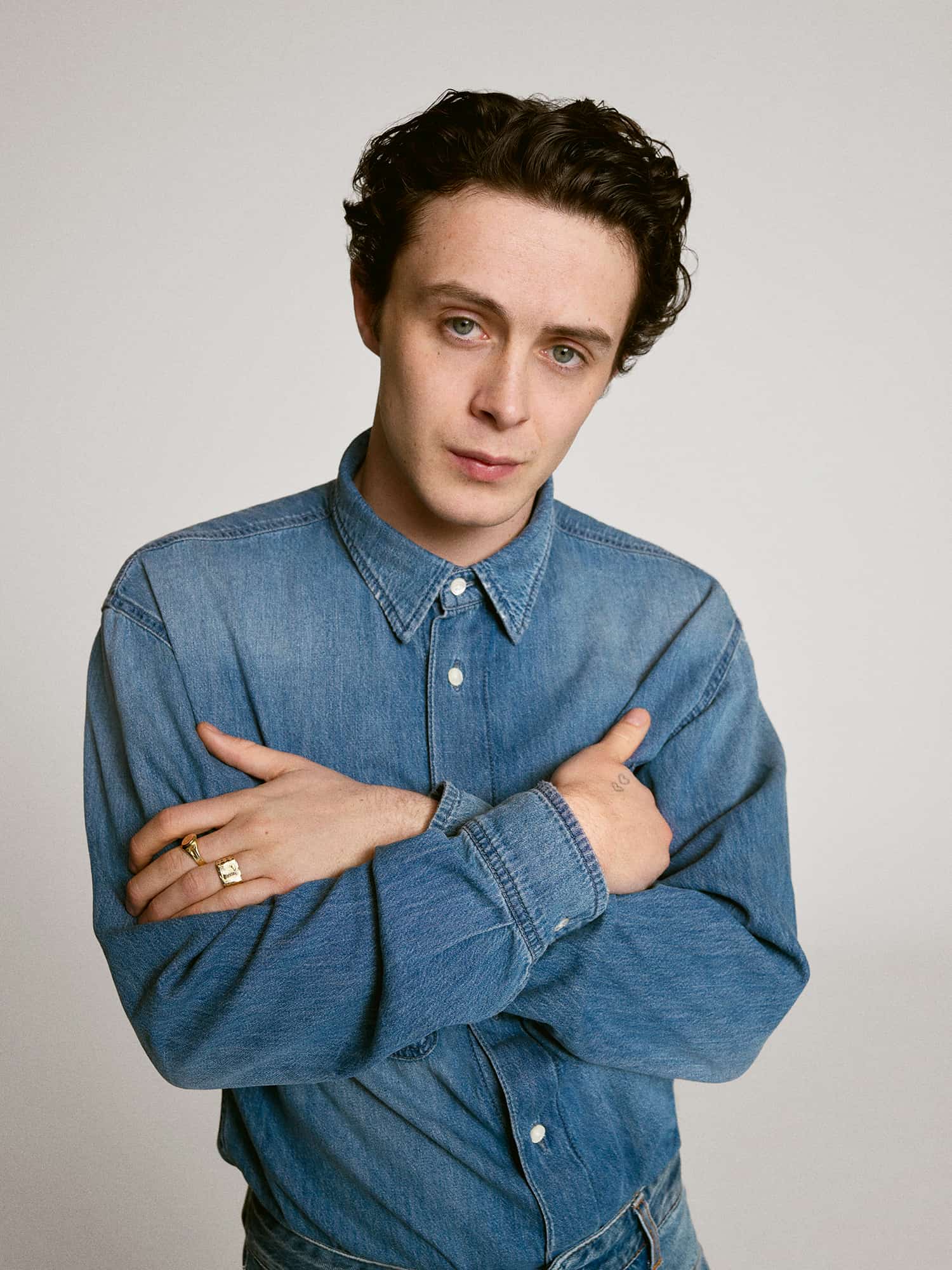 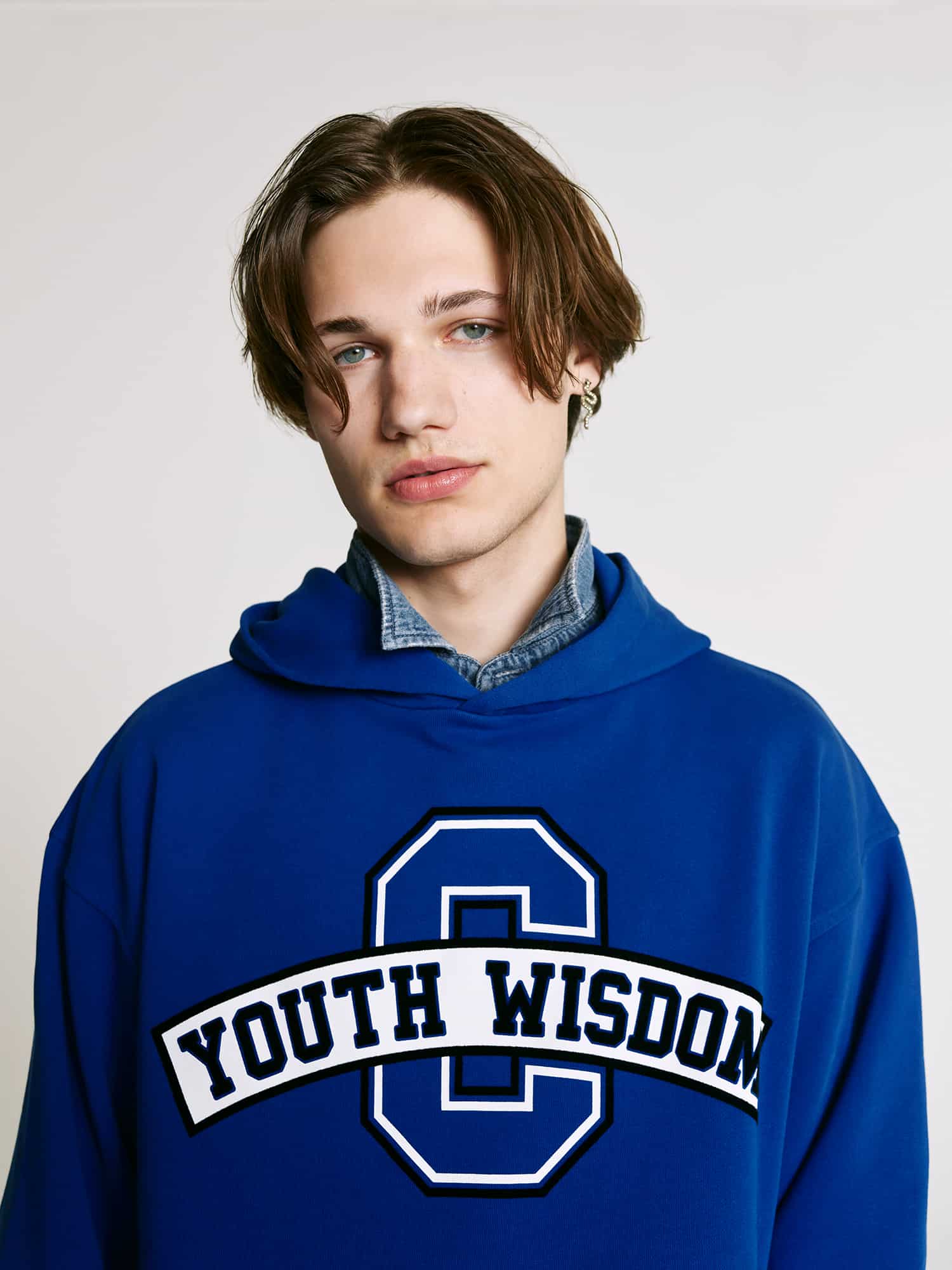 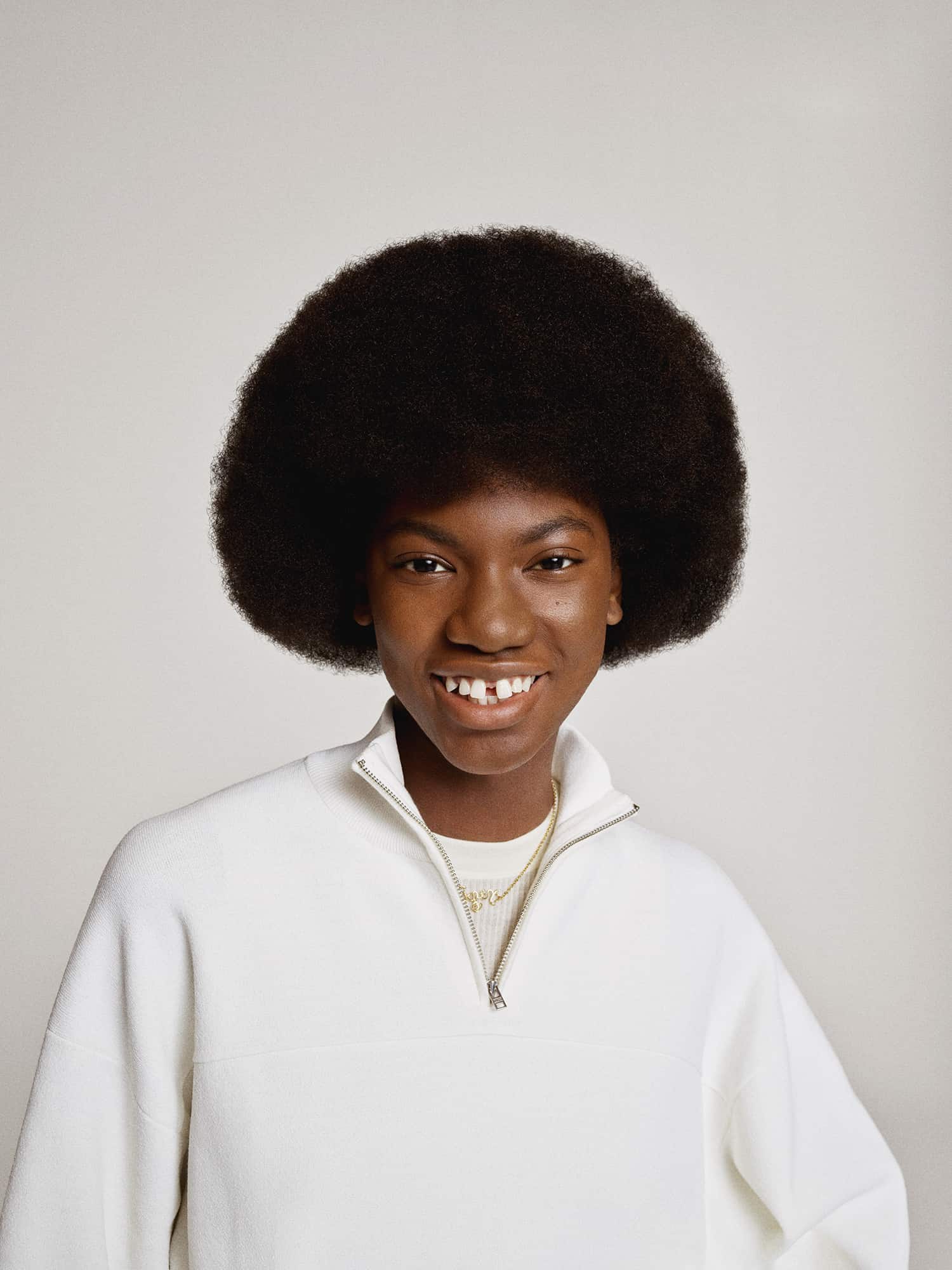 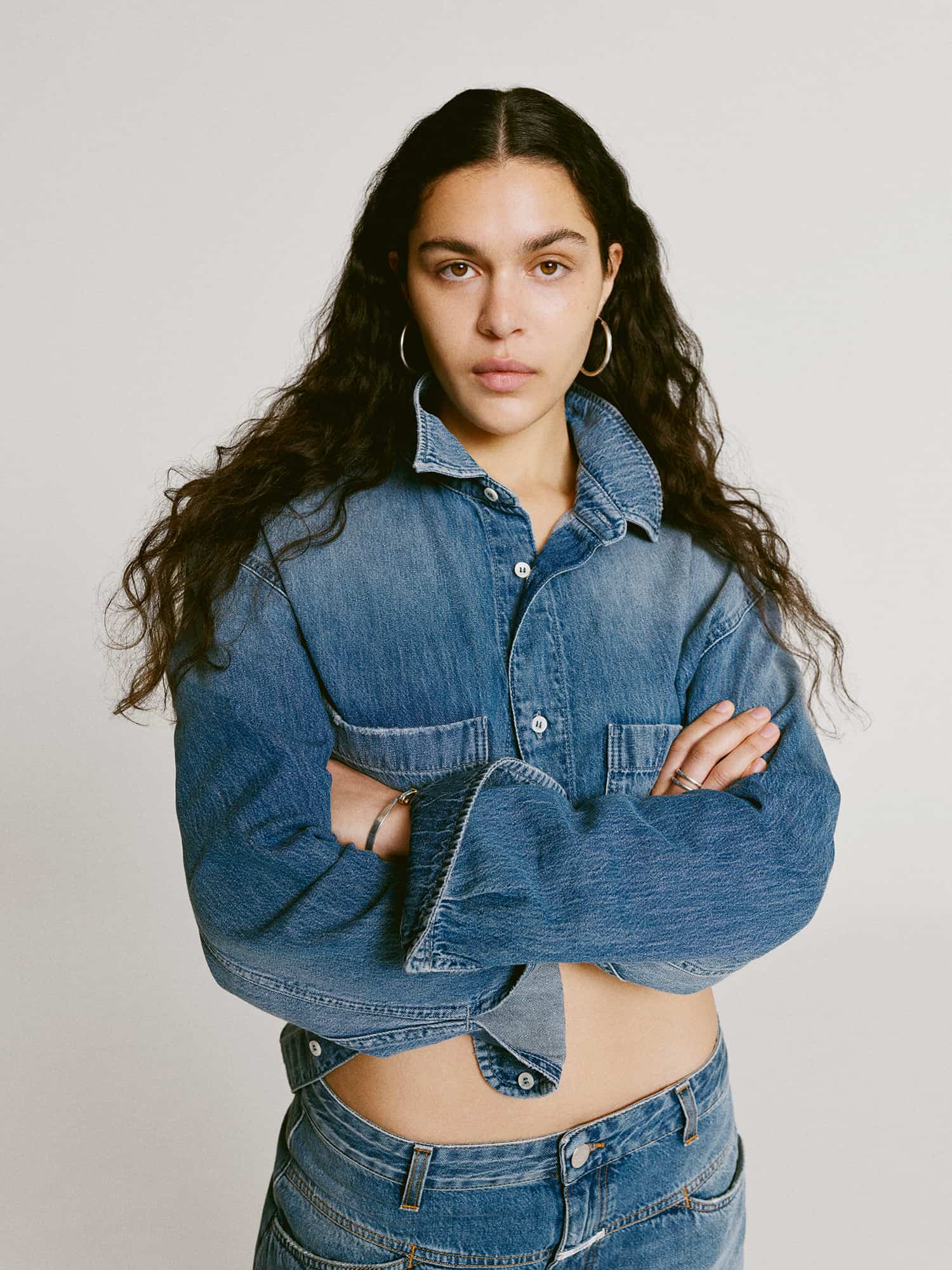 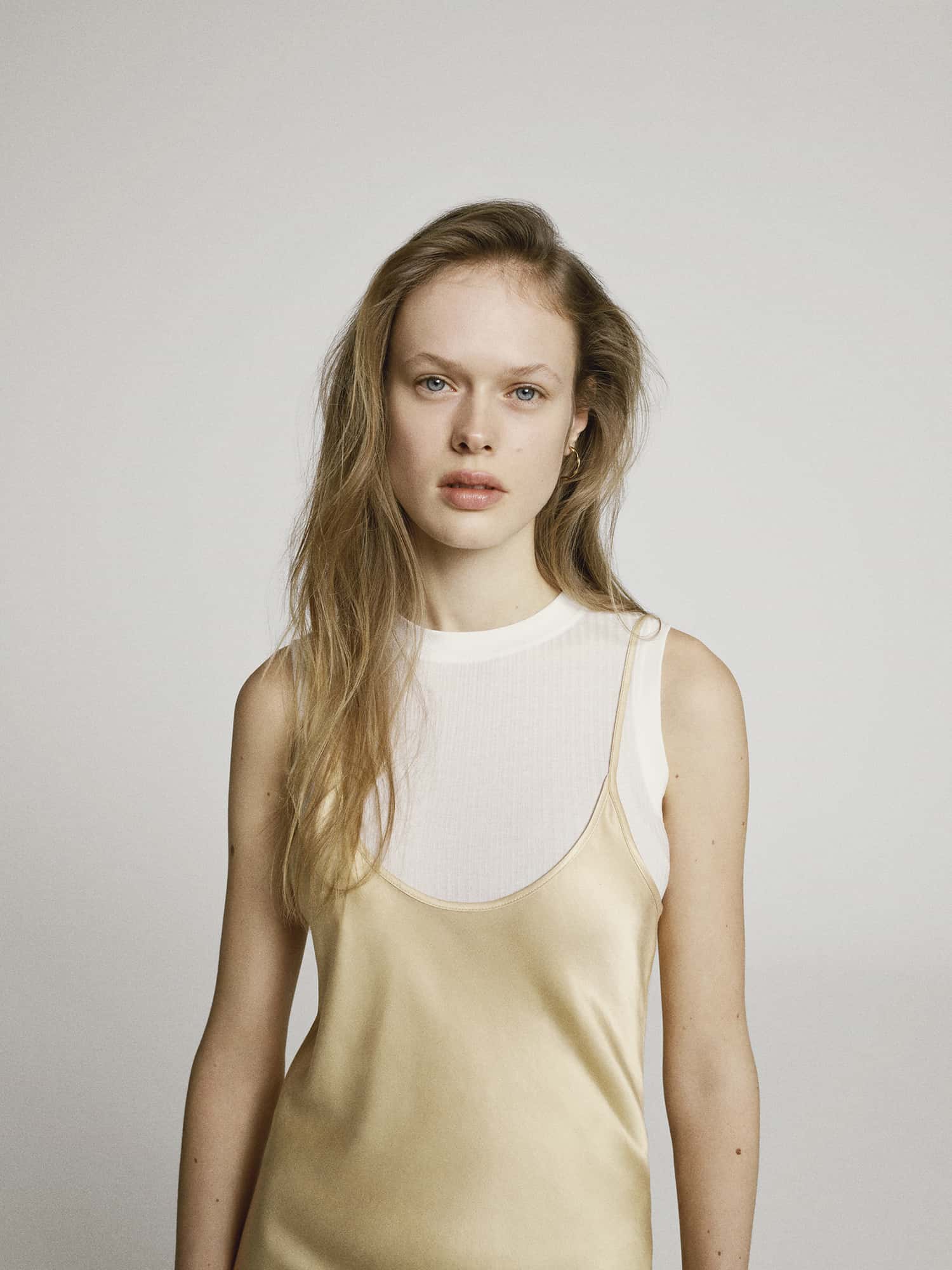 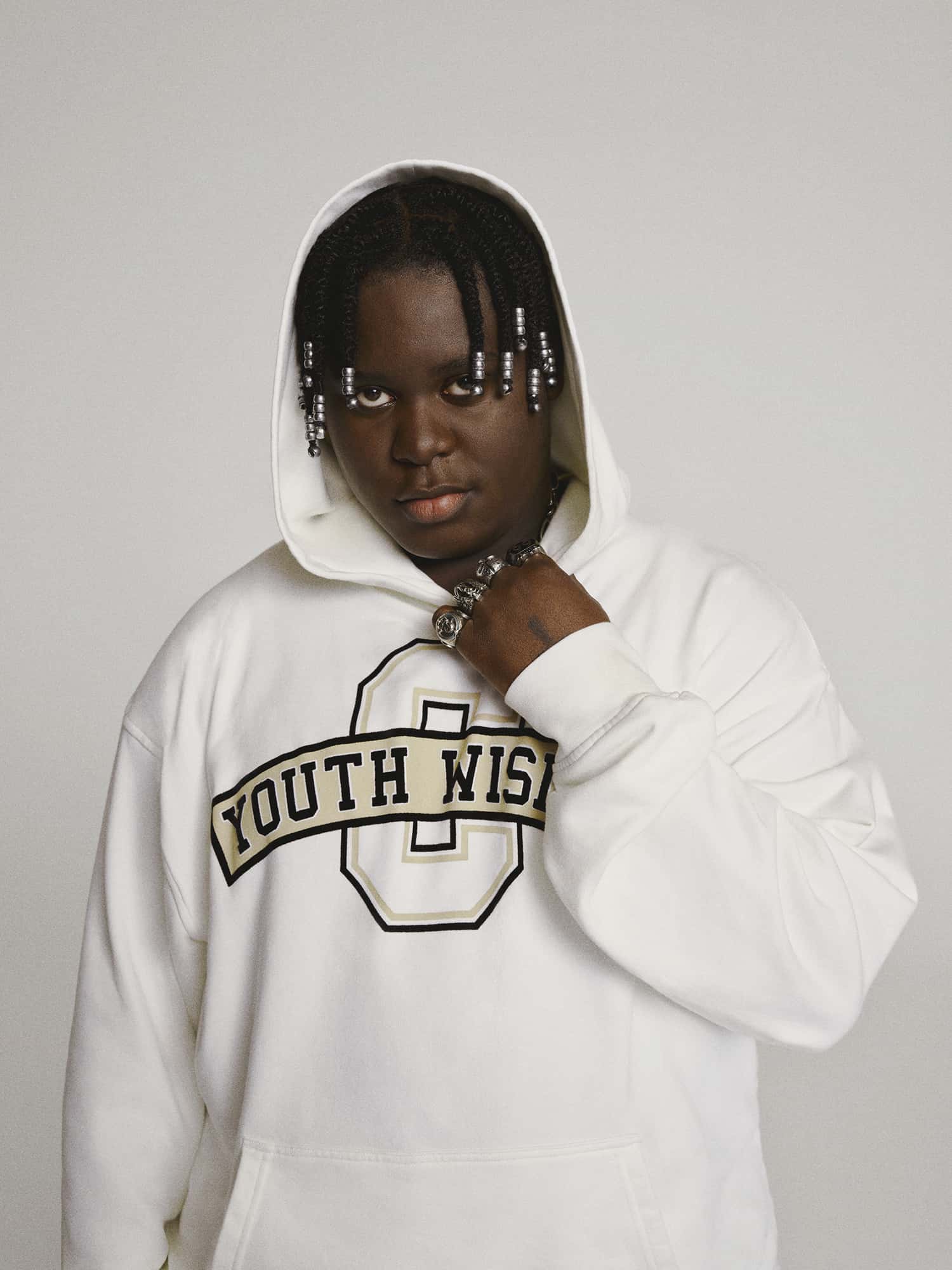 Bottega Veneta is headed to Dubai for a celebration of culture, community, and art—but there won’t be anything for purchase. Dubbed “The Square,” the cultural event series will kick off today in Dubai’s industrial district and enjoy its inaugural run until April 14. The event marks the first of its kind for the house, and was inspired by the goal to establish community and foster design talent in the Middle East. The event will take place in a custom Bottega-esque designed square space conceptualized by architect Carl Gerges, which features areas to converse, connect and mingle. Names on the guest list will include personalities from music, art, and fashion backgrounds—with only 26 guests allowed per evening. As for calendar items, guests will enjoy live poetry readings, music, and tasty bites from culinary experts—after sundown, in honor of Ramadan. The series will make its next debut at the end of the month, when it is scheduled to touch down in Tokyo, and then San Francisco and São Paulo before the year’s end.