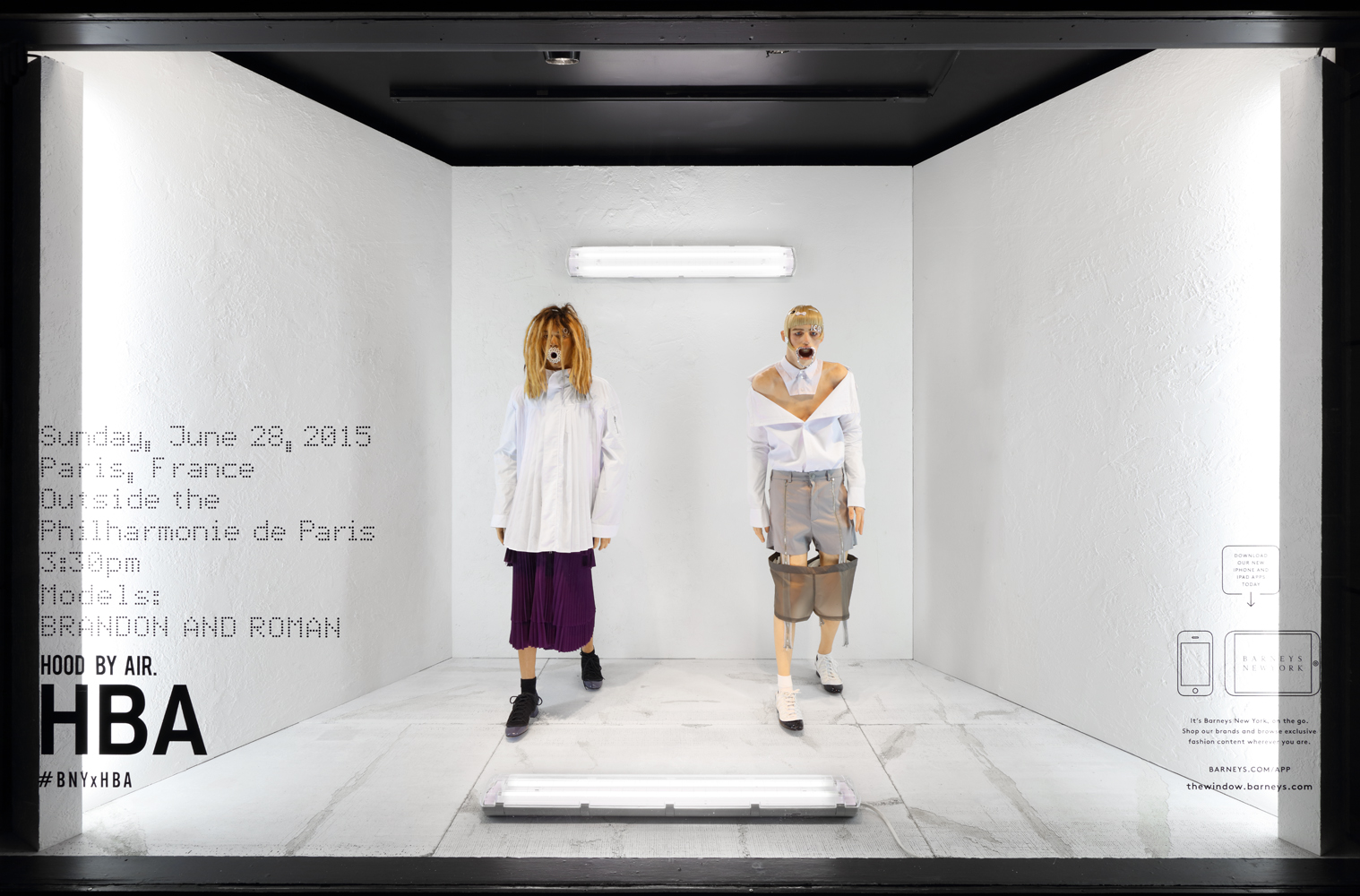 Barneys New York just unveiled its new windows dedicated to Hood By Air. The luxury retailer chose its uptown Madison Avenue flagship instead of its new Chelsea location to display the avant-garde vitrines. Inspired by HBA’s Spring/Summer 2016 show, which was held at the Philharmonie de Paris last June, the windows feature ultra realistic mannequins custom made from the likeness of six models and muses of the brand. The sculptures were made in collaboration with Yuji Yoshimoto of Studio UG and took two months to complete. To create the mannequins, each model had to sit for a 3-D body scan and a body casting of plaster over silicon for the mold.

Each mannequin is so true to life that even the full body tattoos on one model were recreated (a tedious process, we’re sure). Real hair was meticulously applied strand by strand to recreate eyebrows and facial hair. The arresting custom mouthpieces, which feature everything from pearls to spikes to crystals, were created by Dolly Cohen.

The models chosen to serve as molds for the mannequins were selected by HBA’s in-house casting director Walter Pearce. “These guys are people who actually live the look or attitude of the clothes,” Shayne Oliver, HBA’s founder and creative director told Barneys online destination The Window. “For me, a lot of these guys are the new versions of beauty,” added Oliver. “I think it’s appropriate for them to be on pedestals in this way, and it’s really cool that Barneys took time to appreciate and expose these individuals in this way and to this extent through this replication. It’s truly groundbreaking.” Check out the behind-the-scenes photos from the process below and read the full interview with Oliver here on The Window.

The Daily Roundup: Calvin Klein Is Writing a Book, The Truth About the Instagram Feed Rumor