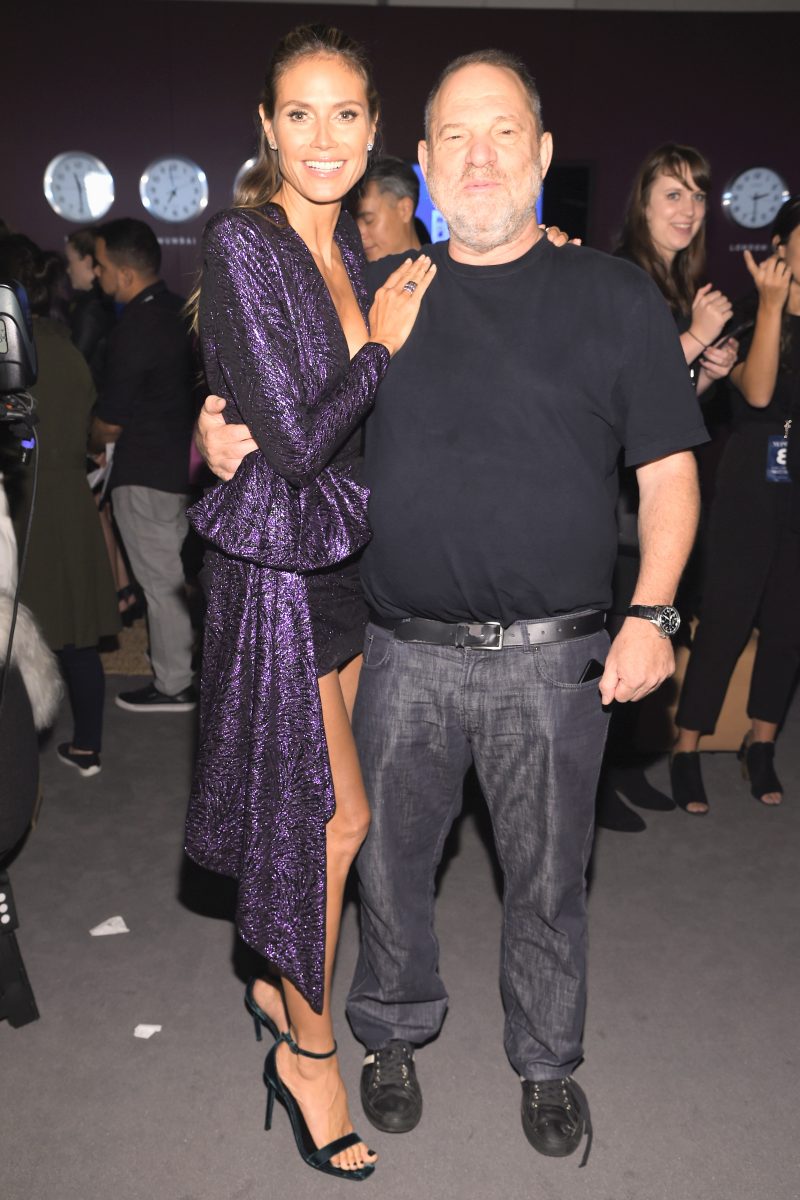 In more Harvey Weinstein news, the movie mogul is officially out at Project Runway, the Lifetime reality show competition in which he held an executive-producer credit. Host and judge Heidi Klum has spoken out against Weinstein amidst his sexual harassment scandal, telling People, “I wish I could say that the horrible stories I read about Harvey Weinstein are a rare occurrence in our society, but that is simply not the case. We would be naive to think that this behavior only happens in Hollywood. This is one example of the more pervasive problem of the mistreatment of women around the world. I think it would be hard to find a woman – myself included – who have not had an experience where they have felt intimidated or threatened by a man using his power, position, or his physical stature,” Klum added. “I truly admire these brave women who are coming forward to share their stories because change cannot come unless there is a dialogue and people are held accountable.”

Weinstein’s former studio The Weinstein Company has co-produced the show along with Bunim-Murray Productions since it premiered in 2004, which back then was aired on Bravo! Weinstein’s wife, Marchesa designer Georgina Chapman, has been a judge on Project Runway: All Stars since 2012—she’s set to appear back on the program when it returns to the small screen.