Hearst Looks Towards The Future At Their Second Annual MagFront 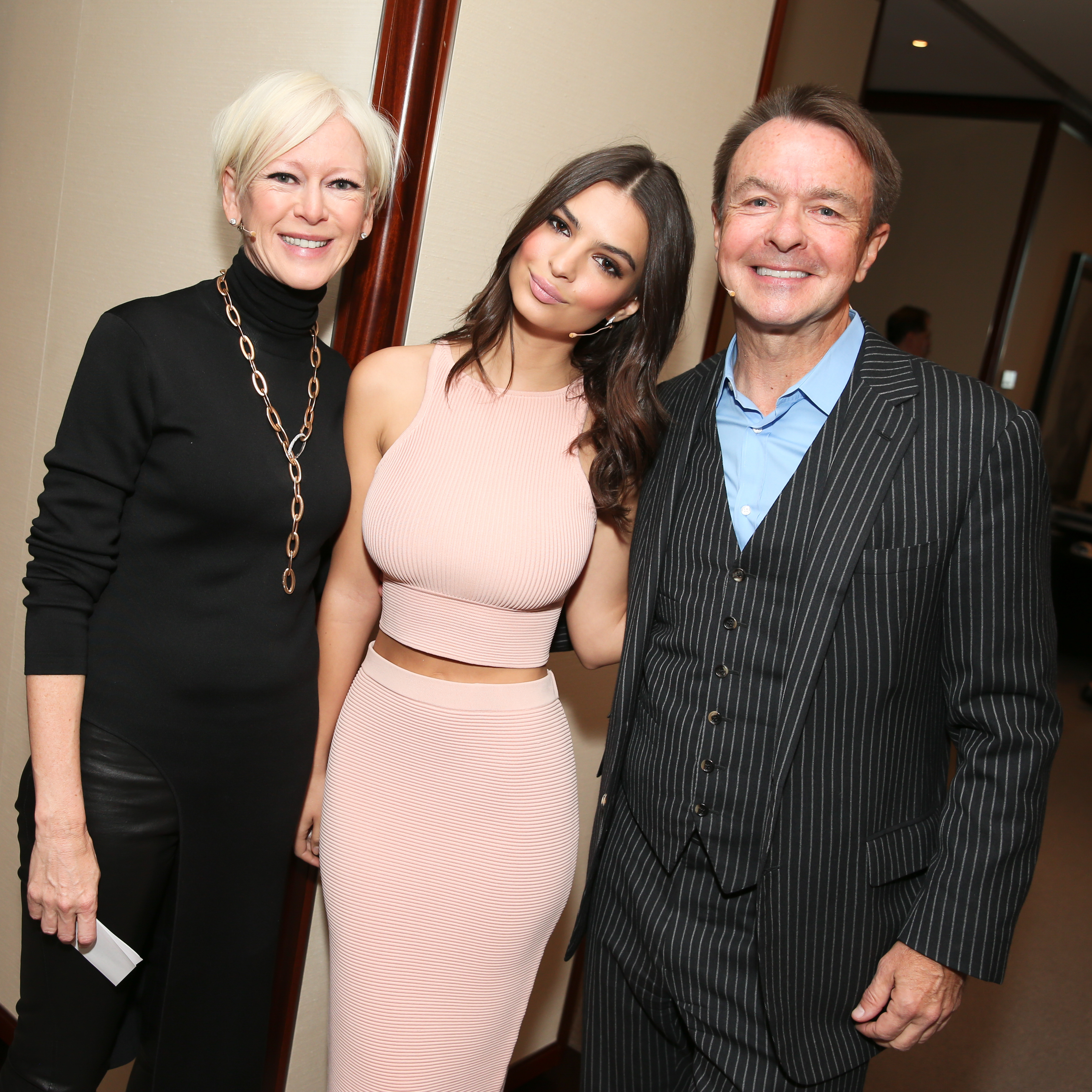 When Ina Garten offers you muffins, you have to accept, right? Hearst hosted their second annual MagFront on Monday afternoon for top execs and senior marketers, and while there were plenty of eds from the publishing house’s various titles on hand, there were also a handful of celebs and stars who’ve recently appeared in Hearst glossies. Idina Menzel, Redbook‘s December cover gal, crooned for the audience, while the likes of Emily Ratajkowski, Emma Ferrer, Margot Robbie, and Garten (armed with muffins) were there as well. Other fun goodies included prizes for the audience, like a closet makeover with Adam Glassman of O, The Oprah Magazine and a shopping spree on ShopBAZAAR.com.

Besides the fun stuff and celeb cameos, the event shed light on what’s in store for 2015, tying in the theme of Defying Gravity. It’s an anniversary year for Car and Driver, Cosmopolitan, ELLE, O, The Oprah Magazine, and Esquire, plus there will be new editorial approaches, some new unions between brands, and interactive events for readers. A number of recently-introduced events, like Food Network in Concert and Town & Country‘s Philanthropy Summit, will continue to be produced. Plus, Hearst’s president, marketing, and publishing director, Michael Clinton, pointed out that the brand secured a ton of new sponsors directly following 2013’s MagFront, we can expect this event to take shape year after year.

Jacket Of All Trades