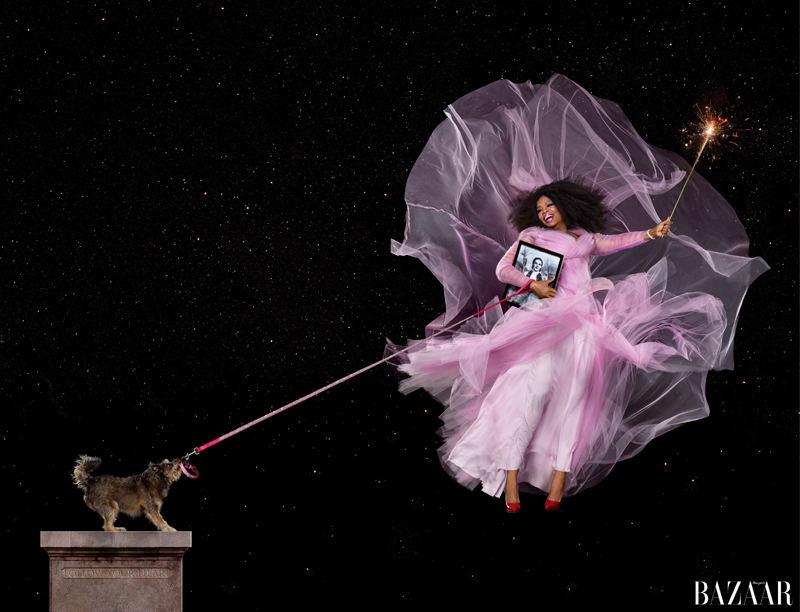 Harper’s Bazaar released a peek of their September issue today and it looks like Carine Roitfeld and Stephen Gan have been keeping reaaaaaaaaally busy. In a 17-page portfolio that will run in the September issue of 32 editions of the magazine worldwide, they’ve enlisted some major names to appear as you’ve never seen them before. Jean-Paul Goude shot Oprah Winfrey, Katy Perry, Chris Lee, Dakota Johnson, Jessica Chastain, Mariah Carey, Oprah Winfrey, Rosie Huntington-Whiteley, and Willow Smith as their iconic inspirations in their annual ‘Icons’ feature. Oprah turned into Glinda the Good Witch, Perry transformed into Elizabeth Taylor (through the eyes of Andy Warhol), and Carey moonlighted as Marie Antoinette. (“I’m pretty much the opposite of Marie Antoinette, but it’s always fun to throw on a costume,” Carey tells Bazaar.) Roitfeld also got Instagram sensation Lucky Blue to turn into Liberace, which marks the first time a male has appeared in the ‘Icons’ feature.

Bazaar is celebrating the portfolio during New York Fashion Week with a bash at The Plaza on September 16th. The issue hits stands in the U.S. on August 18th.

Is There a Future for Band of Outsiders After All?