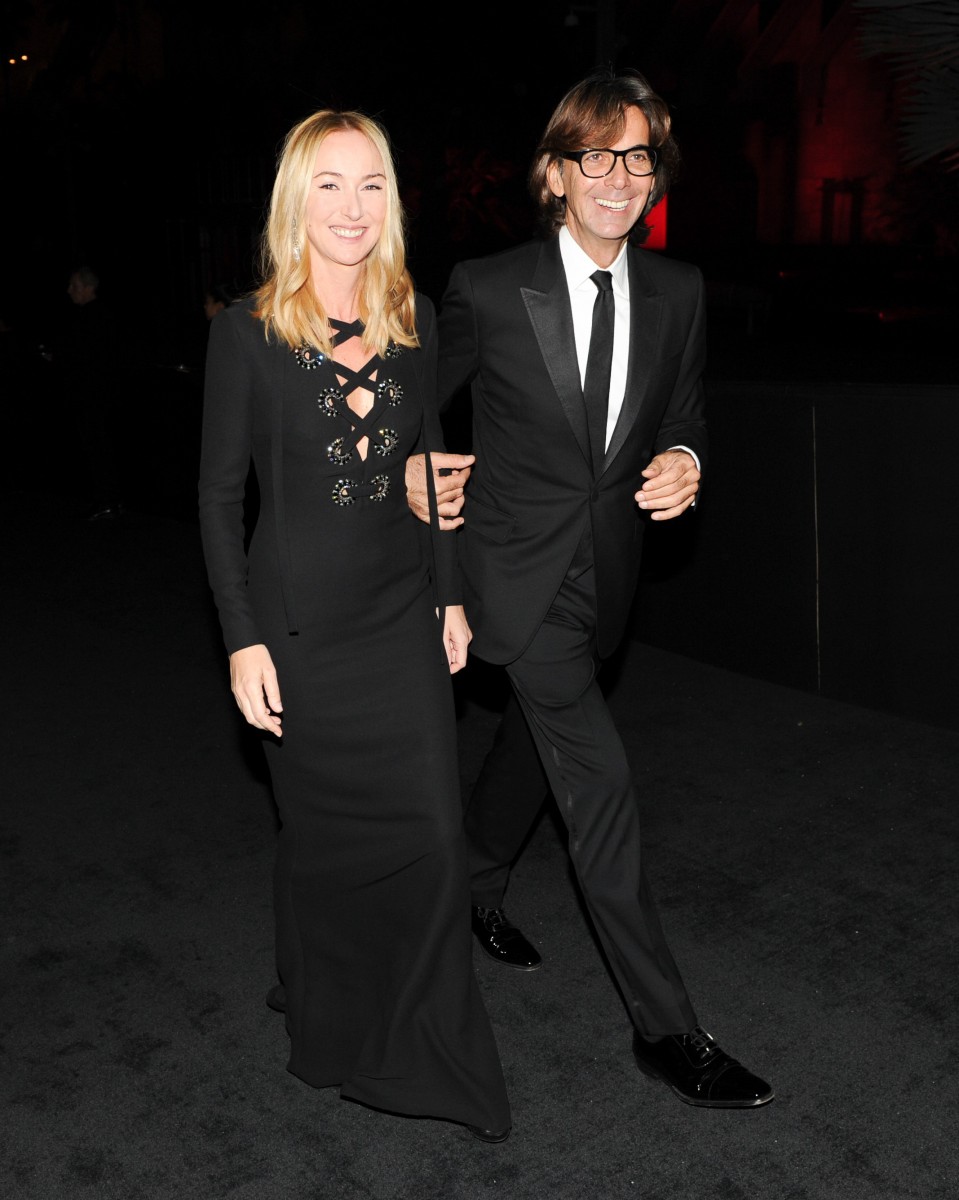 The power couple at the helm of Gucci are leaving the label: On January 1, president and CEO Patrizio di Marco will step down from his role, while creative director Frida Giannini will remain with the brand until her Fall 2015 collection bows at Milan Fashion Week in February. Di Marco’s role will be filled by Marco Bizzarri, who is currently Kering’s CEO of luxury couture and leather goods, according to Financial Times. The brand has yet to name Giannini’s successor.

Gucci was once the leading earner among the Kering-owned brands, but has faced a decline in sales over the past few years. According to The New York Times, sales were down 3.5 percent in the first nine months of this year, compared to the same time period in 2013. Reports point to the label’s failure to stay up-to-date in the digital landscape, as well as over-expansion in Asia, as a cause for the poor performance. “The great performances achieved by the Gucci brand during [di Marco’s] tenure stand as a testament to his success. His strategic vision, passion, dedication and charisma were key to bring Gucci where it is today,” said Kering’s CEO and chairman, François-Henri Pinault, in a statement. He continued: “[Giannini] has been the sole Creative director of Gucci for close to a decade. This is a remarkable accomplishment, considering the level and breadth of responsibility of overviewing all the aspects related to product and image for such a global brand during such a long period of time.”

Giannini joined Gucci in 2002, during Tom Ford‘s run at the label. She rose through the ranks, eventually taking charge of the design team as creative director in 2006. Prior to Gucci, she was designer of leather goods at Fendi. Her 12-year tenure chez Gucci has become synonymous with the label’s move away from the heavy use of the signature Gucci G’s, which once dominated their product offering. Di Marco arrived at Gucci in 2009, following an eight-year stint as president and CEO at Bottega Veneta. His CV includes roles at Prada, Louis Vuitton, and Céline. Giannini and di Marco have been romantically linked since 2009; they have a daughter, Greta, together.

Style.com To Shutter Its Print Title