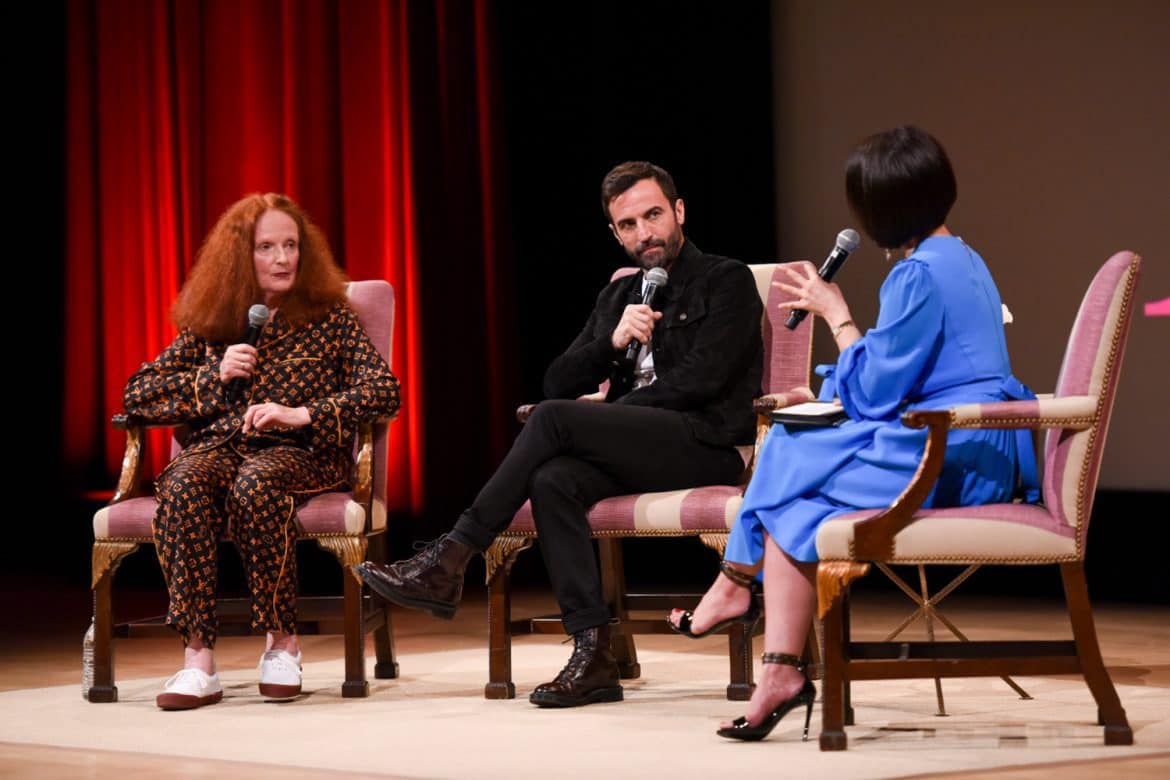 “The Atelier with Alina Cho” is now in its fifth season of bringing illuminating conversations with fashion insiders to the public at large, and last night exemplified why it has been such a popular event. The Met’s ongoing talk series welcomed legendary editor Grace Coddington and Louis Vuitton designer Nicolas Ghesquière to discuss their lives, careers, and their new capsule collection. It was a warm, charming evening, that featured some pretty stellar stories about fashion’s days of yore. Below are some of the best revelations from the night:

1. Andrew Bolton’s First Meeting with Grace was Sweaty
The Costume Institute’s curator in charge, Andrew Bolton, introduced the evening. To make note of Coddington’s dry sense of humor, he shared a cute anecdote about the first time they met. “I was working on our 2004 show Dangerous Liasons, and Grace was planning a shoot to accompany the exhibition,” he began. “I arrived at our meeting sweating profusely, because I had just come from the gym. Grace asked if I had a fever. When I explained that I had just come from the gym she looked completely incredulous, and said ‘But… we’re British.'”

2. Coddington May or May Not Have Made Out with Mick Jagger
During the swinging ’60s Coddington seemed to have run in the same circles as rock stars, hanging out with members of The Beatles and The Rolling Stones. Though Coddington tried to downplay it, Cho seemed to have the inside scoop that she had once made out with Mick Jagger. “A bit of an exaggeration. I didn’t really make out with him,” she said, explaining that they had a mutual friend. “We hung out a bit. He was never my boyfriend.”

“But he kissed you?” Cho pressed. 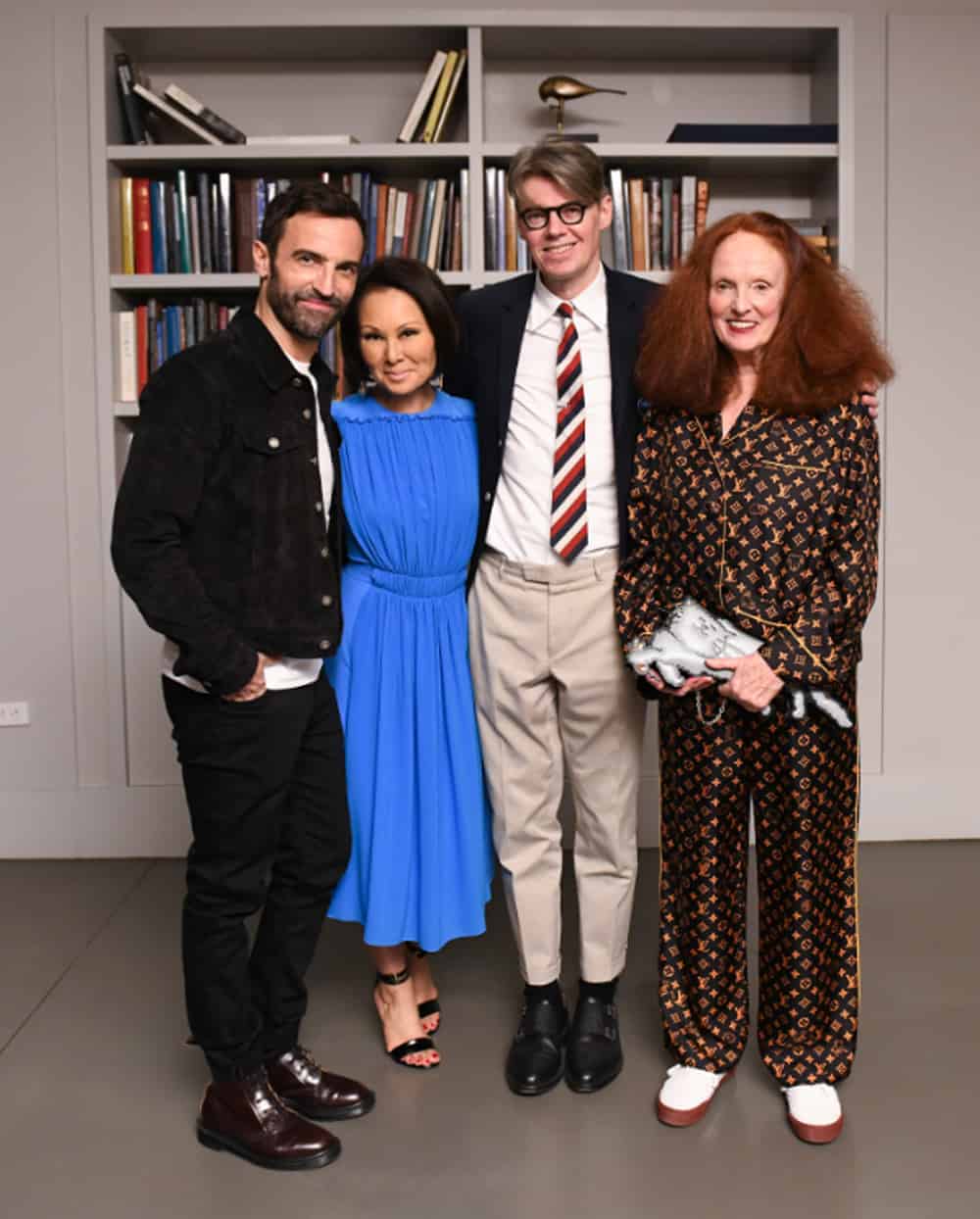 3. Ghesquière Might (Might) Be Considering Starting His Own Label
In the research process Cho found a recent interview on French television in which Ghesquière mentioned he might soon start a line under his own name. Naturally, she needled him about it — but the designer wanted to make it clear that he wasn’t stepping away from Louis Vuitton anytime soon. “We did an announcement, which is quite unusual, to say there is stability, there is happiness,” he said regarding signing with Vuitton for another five years. “That means more possibilities…and one of these possibilities is to create my own name. So I will keep you [updated].”

4. Not Even Grace Coddington Can Get Anna Wintour to Remove Her Sunglasses
In an upcoming episode of her interview series “Face to Grace” on M2M, Coddington interviews her longtime friend Anna Wintour. Despite knowing her for decades, she still found it “tough.” When Cho mentioned that she had interviewed as well, Coddington wanted to compare notes. “Did she take the glasses off?” The editor asked, and Cho replied that she did. “Oh, well then you’re lucky,” Coddington said. “I tried.”

“We’re really good friends,” she later clarified. “But when you’re in front of a camera it’s different.”

5. Ghesquière Didn’t Think He Was Famous Enough for Balenciaga
While reflecting on his career Ghesquière revealed that he never intended to apply for the top job at Balenciaga. In fact, he thought Helmut Lang was going to get it. The designer, who was already working for the house, asked if he could be in a position to work with Lang directly. It’s unclear what happened with Lang — or even if it was ever more than a rumor — but the head honchos at the luxury label surprised Ghesquière by asking him to fill the role. “They asked me to do six months,” he said. “An in-between collection, just [until they could] find someone famous.” Seems they found the right guy!

Refinery29 Is Laying Off 40 Staffers