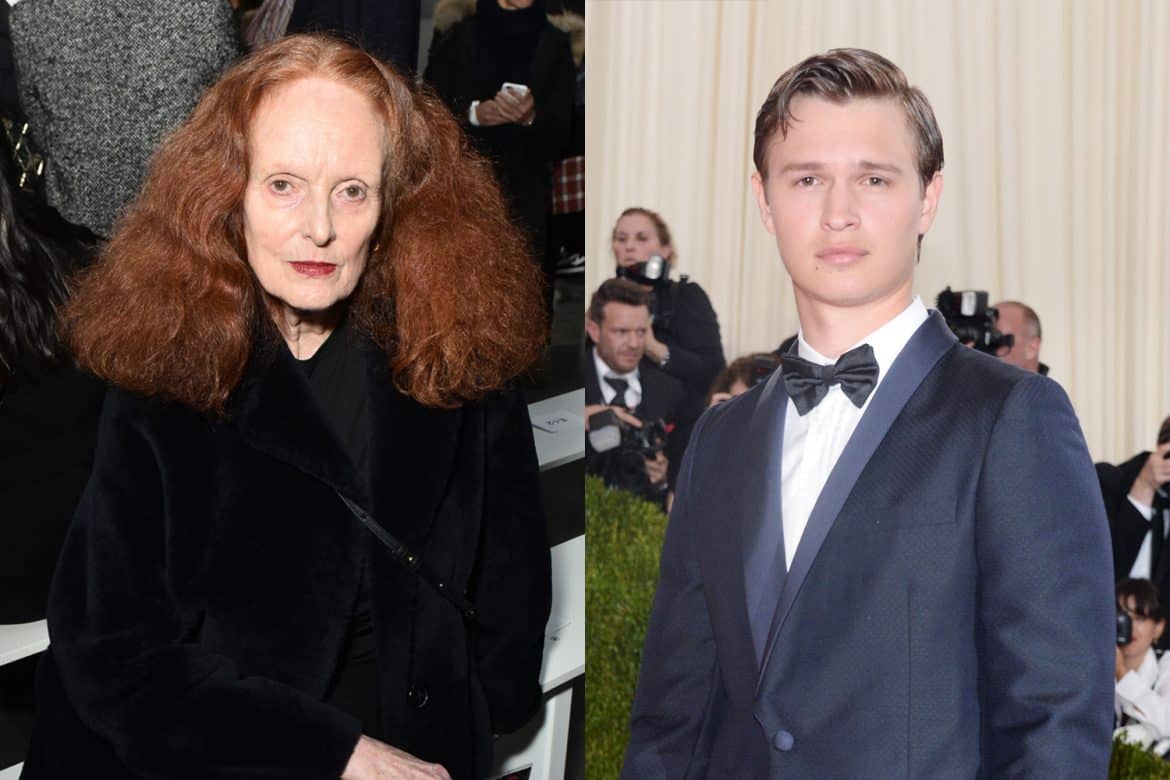 Legendary creative director Grace Coddington has known Ansel Elgort since he was an infant, thanks to her decades-long friendship with his fashion photographer father, Arthur Elgort. In fact, the young actor often appeared on the photoshoots she worked on with his dad. But in a new interview for her web series, Face to Grace, Coddington reveals that the younger Elgort’s presence on set didn’t always go smoothly.

“You did so many bad things on our shoots,” she said, jokingly calling him a nightmare child. She then provided evidence by way of an anecdote. Once, while shooting at a very posh, active golf course, Elgort, who was no older than 10 at the time, interrupted someone’s game by stealing their golf ball. “Someone had just putted on to the green,” she said. “You picked up his golf ball, put it in your pocket and ran away. And you came back to set.”

“I didn’t know that it was part of the game,” Elgort said in his defense. “I’d never played golf. I’d never watched golf! I just liked the golf ball.”

In other Elgort news, the actor told Coddington — whom he is clearly close with — all about his new film, The Goldfinch, and how it is his darkest role yet. Meanwhile, he is working on an album, which he is also writing. Basically the guy is busy, which Coddington finds quite amusing. In her eyes, he’ll probably always be the kid who used to run around her photo shoots.

Face to Grace, which runs exclusively on fashion video platform M2M, features Coddington spending some time with her famous friends at Mr. Chow’s restaurant. Among her other notable guests in the series are Sofia Coppola, Nicolas Ghesquiere, filmmaker Luca Guadagnino, Anna Wintour, and Mr. Chow himself, Michael Chow. Watch the first full episode, with Elgort, here.