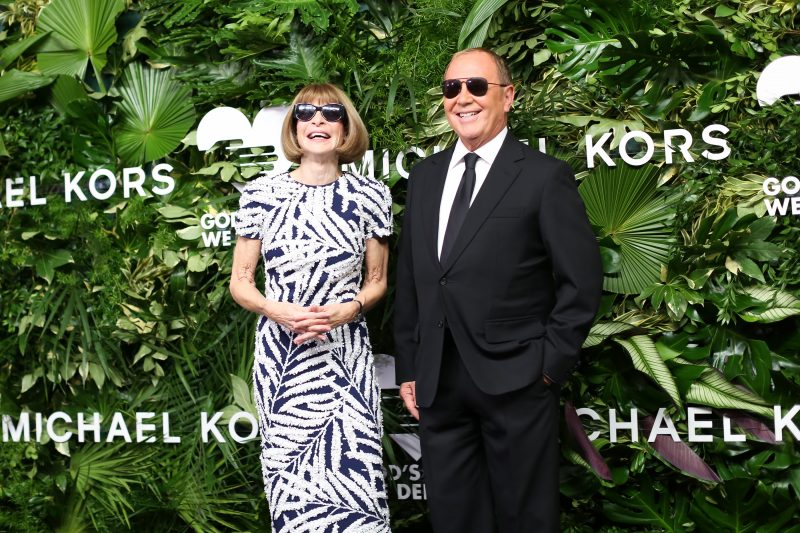 The first award was presented by Andrew Rannells to Broadway producer Jordan Roth (currently producing Bruce Springsteen‘s sold-out Great White Way debut), who received the Golden Heart Award for Lifetime Achievement. “This is the most exquisitely titled organization in the history of ever,” Roth said during his speech. “The notion that we can deliver God’s love. No he or she, but we.” Kors presented Paltrow with the award named after him for Outstanding Community Service. He told guests that his relationship with Paltrow dates back to when he was designing Céline and they met up while she was on a break from filming The Talented Mr. Ripley. “Amazing that it was 20 years ago and she’s 24 and I’m 27!,” he quipped. “I’ve learned in those 20 years since that she is truly one of those women who can do it all. She’s smart, she’s strong, she’s funny, she’s a great mom, a fabulous friend, a successful businesswoman, an Academy Award-winning actress, a kick-ass singer, and incredibly chic! All at that same time.” The lovefest continued when Paltrow (in a stunning silver leaf sequined Michael Kors Collection dress) accepted her award. “There are very few people who put their money where their mouth is,” she said. “Michael Kors, you are so generous. You’re such a role model for all of us and it comes from this incredible heart that you have and it’s why we’ve been friends for so many years. Being in your world is always such an incredible feeling.”

The evening raised a whopping 2.3 million dollars and included an announcement that Calvin Klein donated an additional $1 million. God’s Love is the New York metropolitan area’s leading provider of life-sustaining meals and nutrition counseling for people living with severe illnesses. As host Jones noted at the beginning of the night, “With everything going on in the world right now, I’m grateful that an organization like God’s Love We Deliver exists. If you guys were our government, I feel like Puerto Rico would have food right now.” Ain’t that the truth.