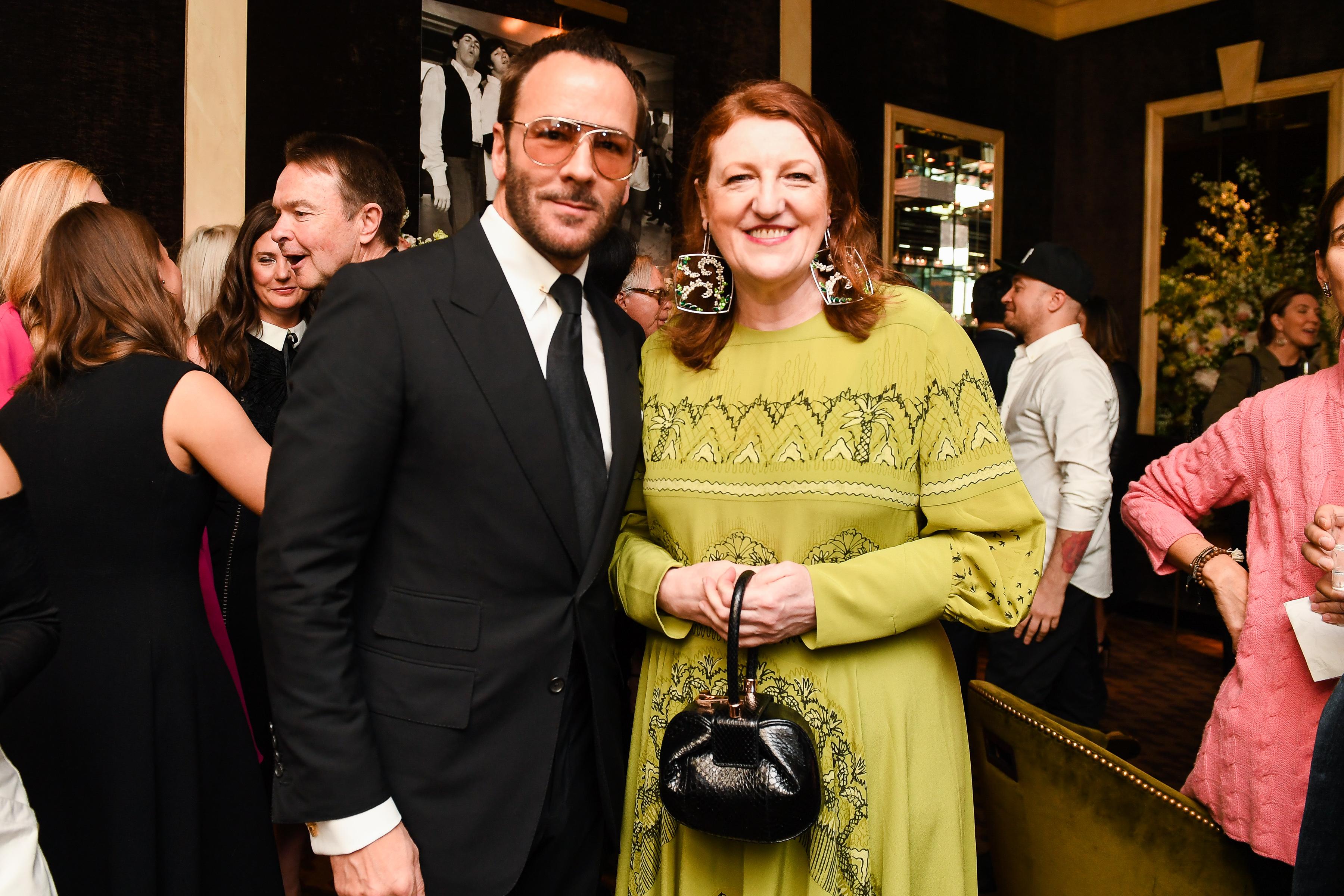 The Carlyle was certainly the place to be last night! Harper’s Bazaar and American Express Platinum hosted an intimate cocktail at the Upper East Side hotel to kick off editor-in-chief Glenda Bailey’s global book tour for Harper’s Bazaar 150 Years: The Greatest Moments. “I love parties so it’s been a pleasure, especially when you have something to show like this book,” Bailey told us on her busy month of events. “And with 150 years of Harper’s Bazaar, there’s lots of reasons to celebrate.”

The 150th anniversary kick-off party was last week, when the mag took over the outside of the Empire State Building. “Those images on the Empire State building was very exciting for me, mainly because I had the idea about two years ago and it took so many meetings to make it happen, and there were many times when it looks so unlikely,” Bailey said. “To be told we could actually achieve the impossible was really, really good.”

Last night’s affair served as an unofficial Met Gala pre-game, with some of the most famous fashion designers and superstars in attendance. The lineup (brace yourself): Alessandro Michele, Pierpaolo Piccioli, Raf Simons, Tom Ford, Marc Jacobs, Valentino Garavani, Nicolas Ghesquière, Jack McCollough, Lazaro Hernandez, Christopher Kane, and Tommy Hilfiger. “We’re ready for tomorrow!” Kane told The Daily. “I was doing some sketching just now. I always like to be hands-on with the fitting. It really adds to the build up of the excitement of The Met. It’s exhausting but fun. The anxiety and adrenaline lead to a great evening!”

Other famous faces included Reese Witherspoon, Miranda Kerr, Luke Evans, and the star of the night, Céline Dion, who was dressed in an Isabel Marant ensemble.