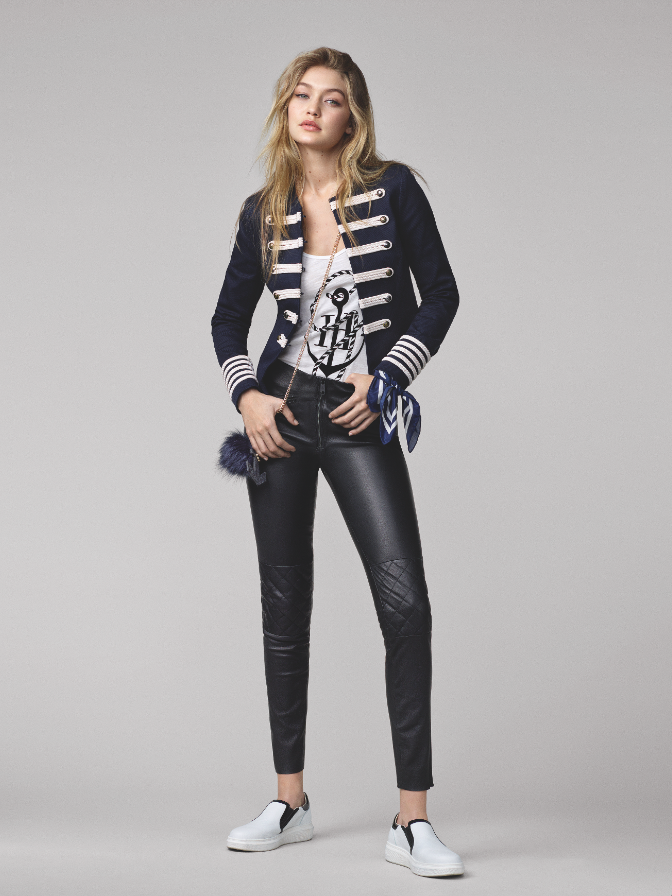 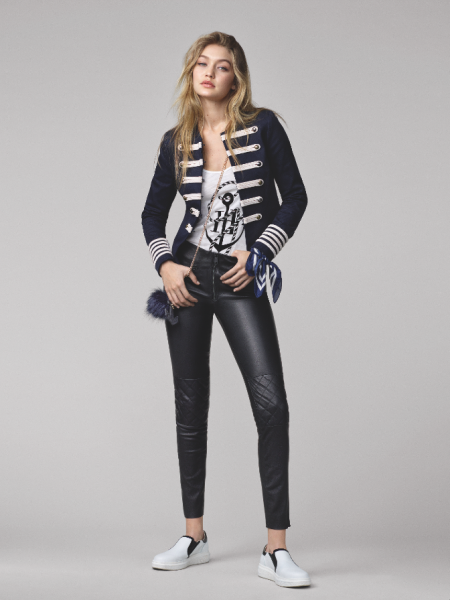 Here’s a “first look” to brighten up your Monday! Tommy Hilfiger has just released images of the highly-anticipated TommyxGigi collection, a collaboration between the all-American brand and model Gigi Hadid, that will start putting Fall on your mind. Back in December, Hilfiger announced that Hadid would become a global ambassador for the brand and would launch her own capsule collection as part of the collaboration. The range, which features a bevy of “It Girl” clothes and accessories, is set to launch the day of the Tommy Hilfiger show during New York Fashion Week in September. Naturally, the collection has the mod du moment written all over it. On the lineup? Lots of stripes that rings in nautical vibes, a military-inspired jacket and pants (loving the button details), a chunky, cozy knit sweater, and a fluffy white jacket that’s a true standout in the collection. Get a glimpse of the goodness, below!