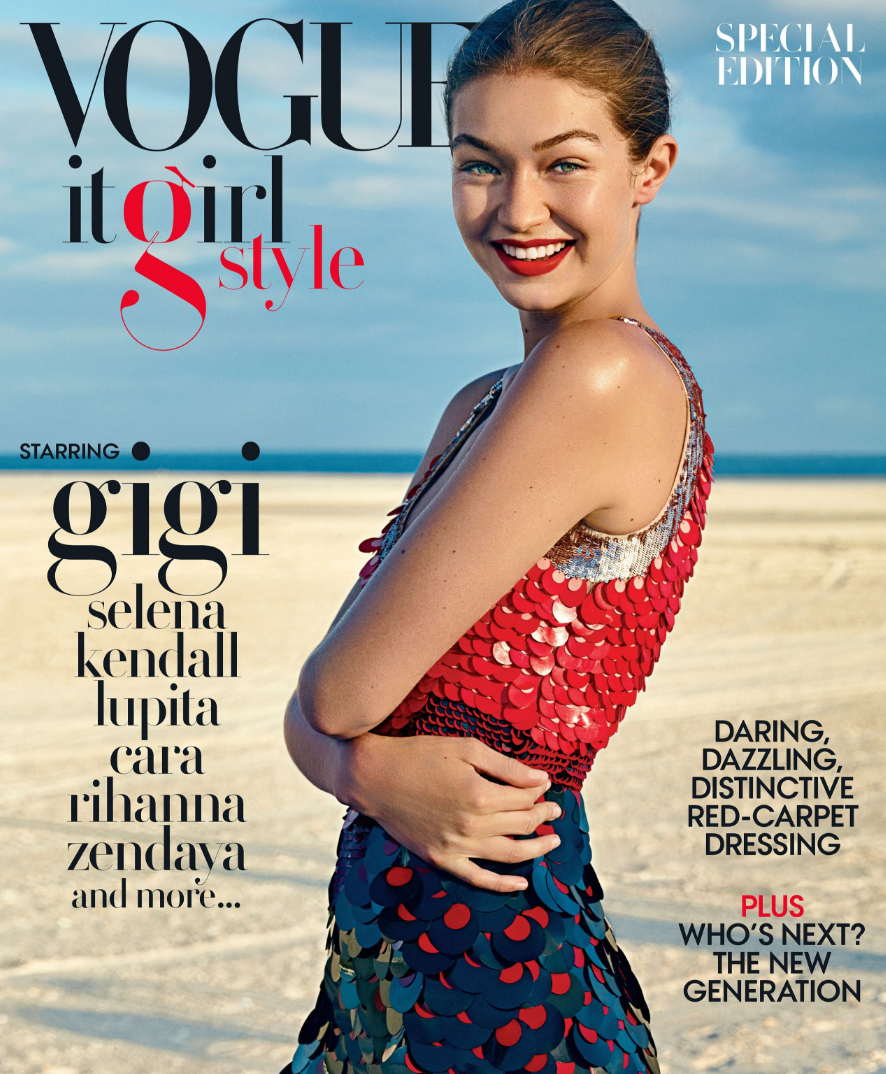 The ultimate It girl is covering Vogue‘s special edition issue dedicated to It girl style: supermod Gigi Hadid. In the shot by Gregory Harris, Hadid glows—literally—in a sequined Altuzarra dress on a beach. “I’m so honored to be on the cover of @VogueMagazine’s Special Edition issue & to be joined by so many It-Girl Style icons & friends!!!” Hadid wrote on her Instagram earlier today. The model has been traveling for the past few days to promote her TommyxGigi collection in cities like Tokyo and Dubai. By the looks of her Snapchat stories, the crowds have been quite massive.

According to Amazon.com, where the magazine is being sold for $12.99, “It Girl Style celebrates the women who translate fashion from the runway to the red carpet to the street.” The 21-year-old California girl, who was discovered by Paul Marciano of Guess, upholds Vogue‘s recent pattern of putting Instagram stars on its covers (i.e. Kendall Jenner, who fronted the magazine’s September 2016 issue). Other icons in the glossy include Selena Gomez, Zendaya, Rihanna, Lupita Nyong’o, and some less obvious men du moment, like Tom Hiddleston and Frank Ocean. Also in the issue? Vogue‘s first guide to Snapchat, for those looking for lessons.

No. 6 Opens a Vintage Boutique